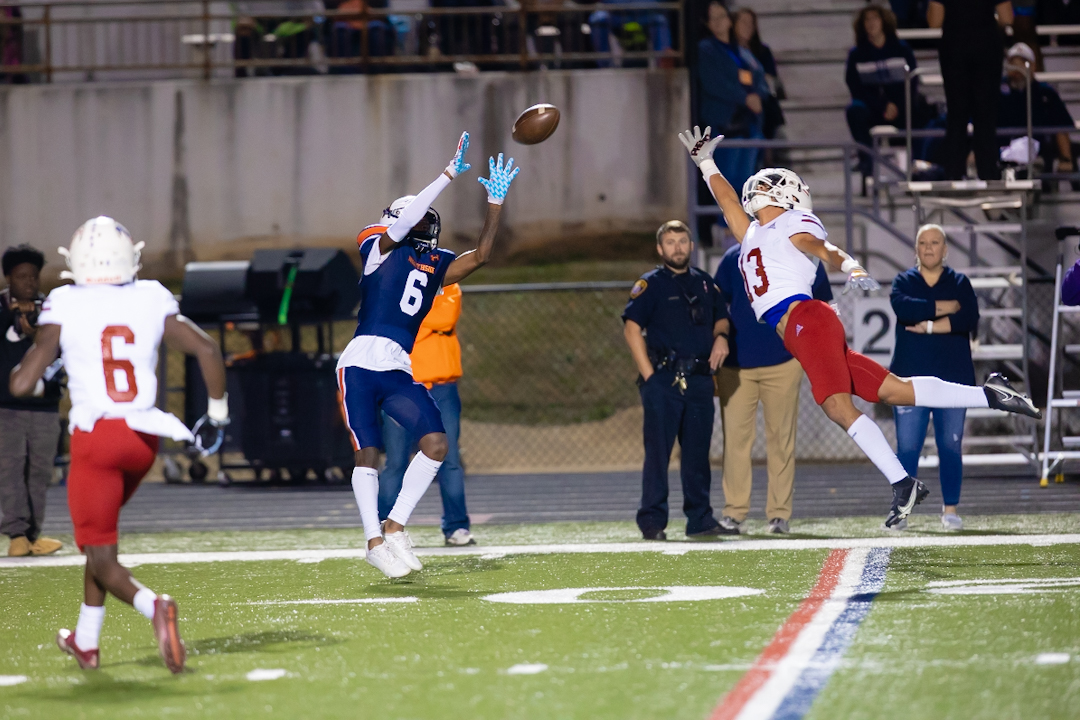 Northside accomplished a couple of things Friday night. First, with a dominating 58-7 win over Veterans, the Eagles punched their ticket to the GHSA Playoffs. Second, it put itself in a position to win the Region 1-AAAAAA championship if it can beat Thomas County Central next week at home. The Yellow Jackets beat Lee County 40-30. They improved to 9-0 overall, 4-0 in the region. The Eagles are now 6-3, 3-1. 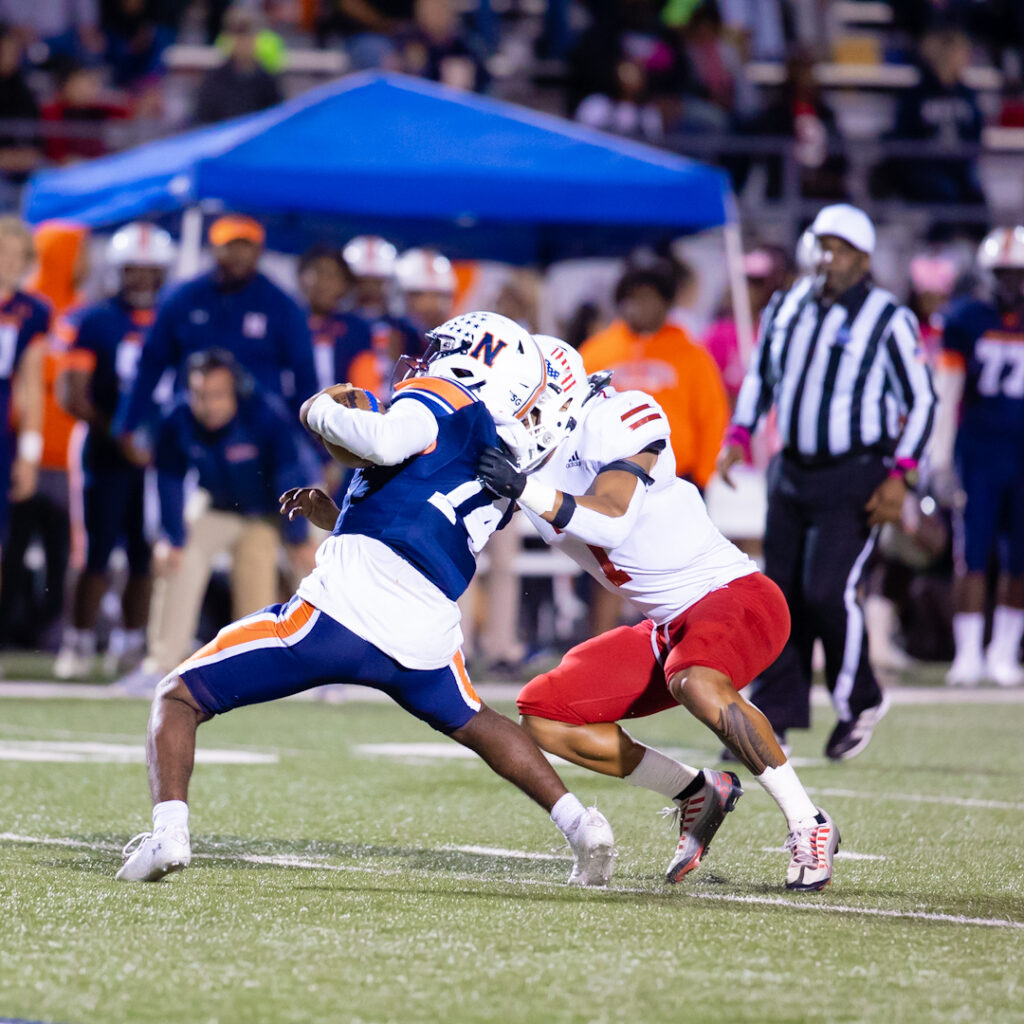 Against Veterans, Northside scored 16 in the first quarter, 21 in the second, 14 in the third and seven in the fourth. The fourth was played with a running clock – and plenty of subs. The Warhawks scored their lone touchdown in the third.

The Eagles had 282 yards of total offense and 12 first downs in the first half. Veterans had 70 yards and four first downs. Northside finished with 392 yards while the Warhawks had 138.

Quarterback D.J. Hudson put the Eagles on the board in the first with a three-yard touchdown pass to Jacob Brown. That capped off a five-play, 74-yard drive. The two-point try failed. That came with 9:42 on the clock.

Da’veon Latimore’s seven-yard touchdown run, coupled with Ashton Paredes’ point after made it 13-0 – the Warhawks were either busy punting or throwing an interception in its eight possessions of the first half. Paredes’ 42-yard field goal made it 16-0 and Hudson’s 45-yard touchdown pass to Brandon Wilson with Paredes’ PAT made it 23-0, still with 8:59 left in the second.

Hudson connected with D’Shawn Hooten from 10 yards out to make it 29-0. Noe Yanez-Robles’ point after made it 30.

Elijah Cotton intercepted a pass and scored to make it 37-0, with Yanez-Robles’ PAT. That’s where it stood at the half.

Michael McClendon’s one-yard run – the finish to a four-play drive that needed only 14 yards to complete thanks to a blocked punt – accounted for the Eagles’ eighth score. It made it 44-0.

Veterans’ score came via a 12-yard run by Matthew Bruce. Brayden Black made the point after to make it 51-7 with 2:55 left in the third.

Finally, T.D. Tucker finished off the scoring with a 21-yard run. It took care of a 98-yard drive that needed only four plays to bring to fruition. It came with 3:33 left to play, and with a running clock, pretty much brought the contest to a close. 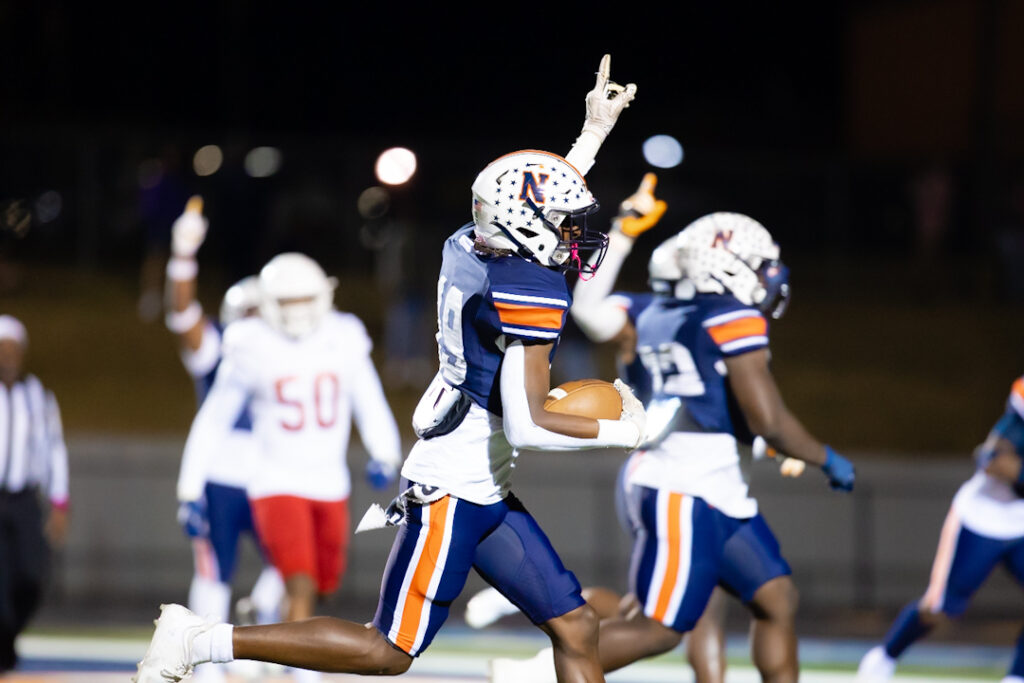 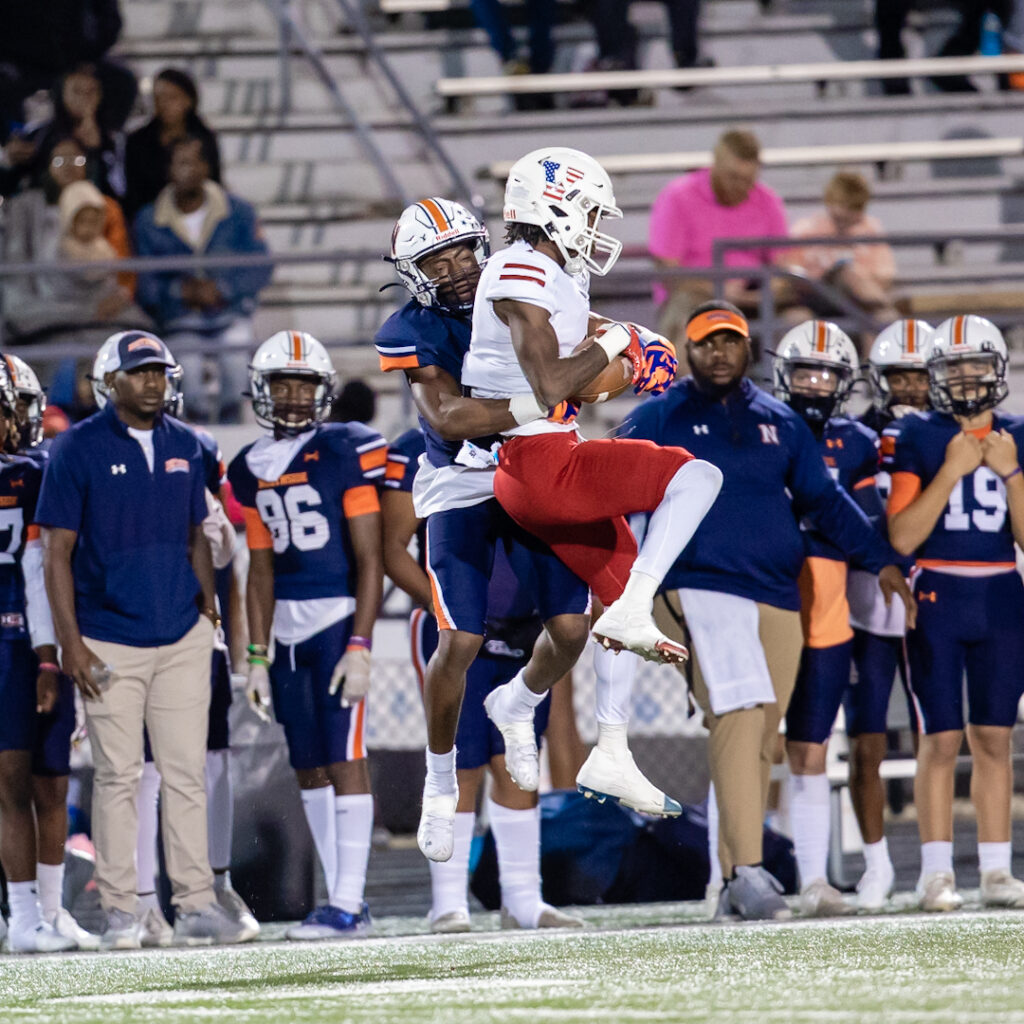 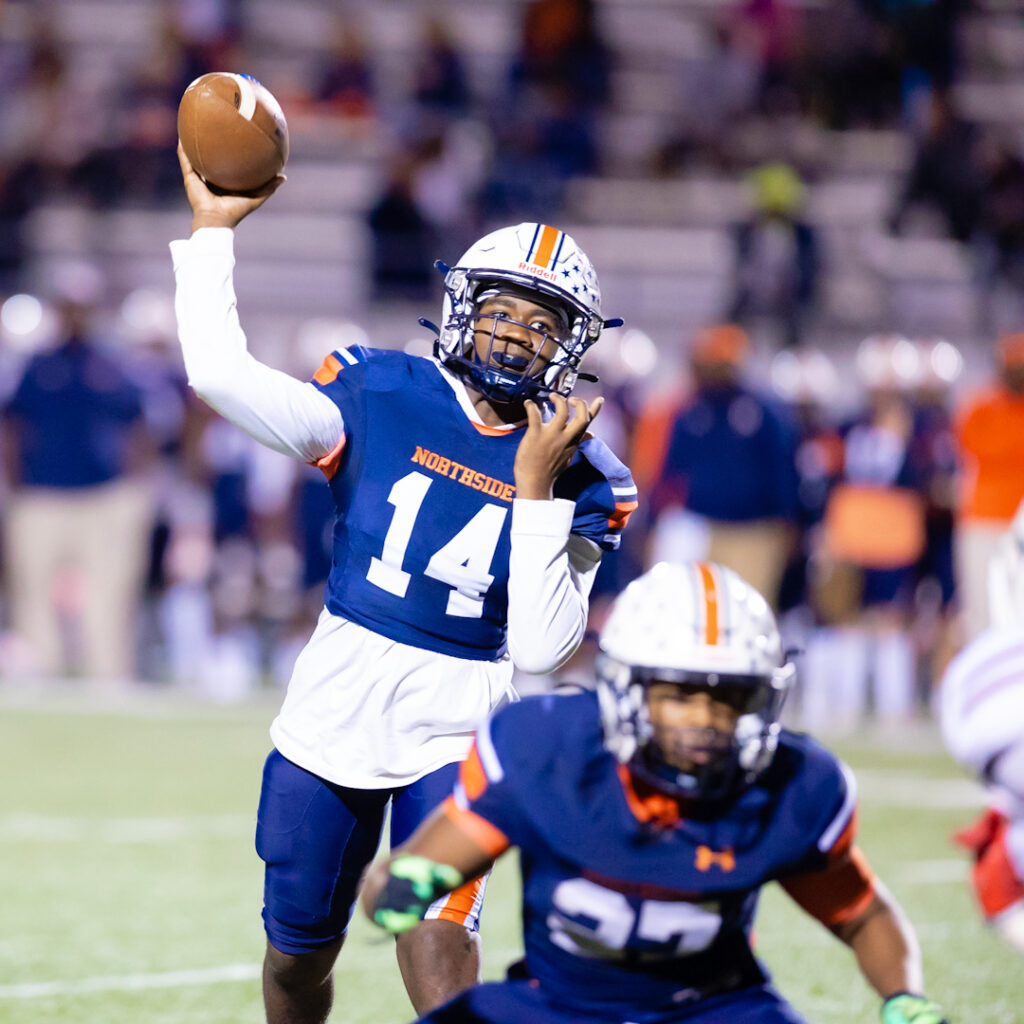 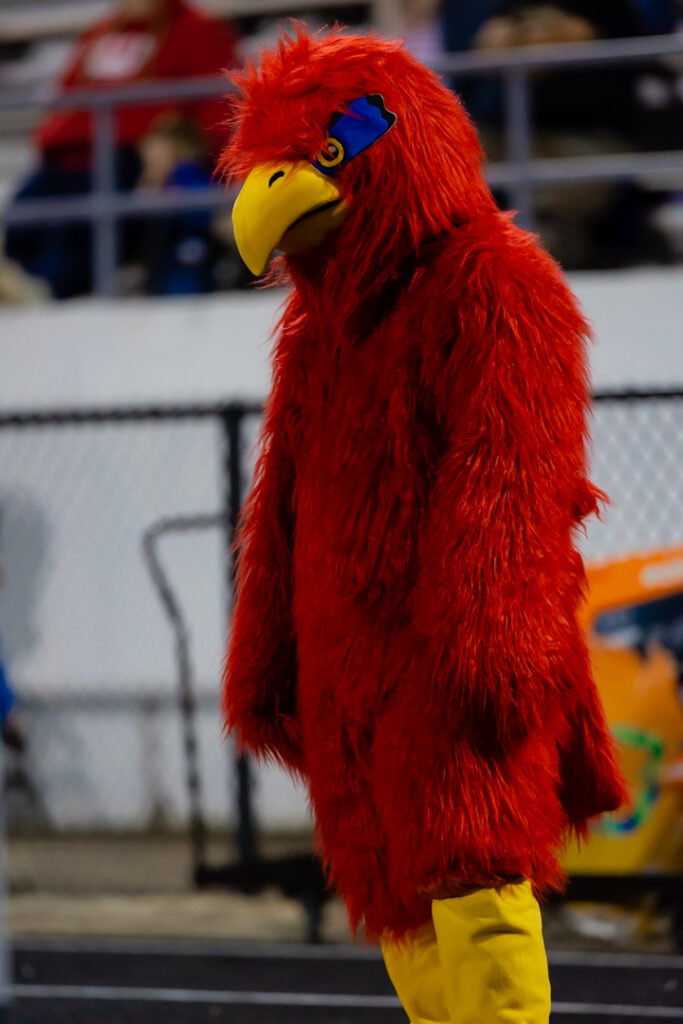 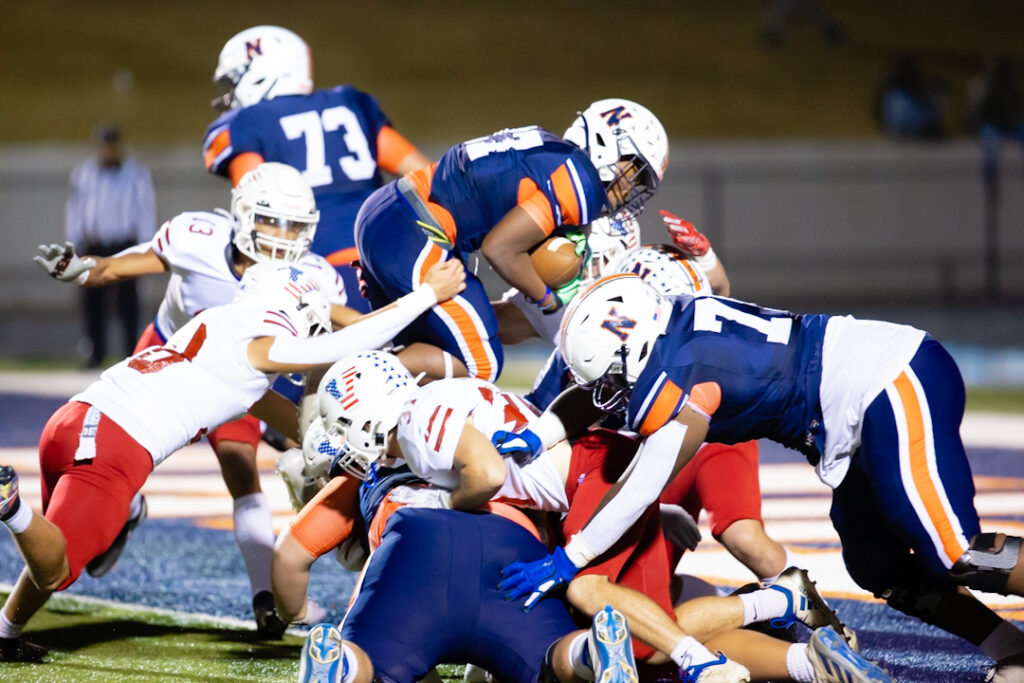