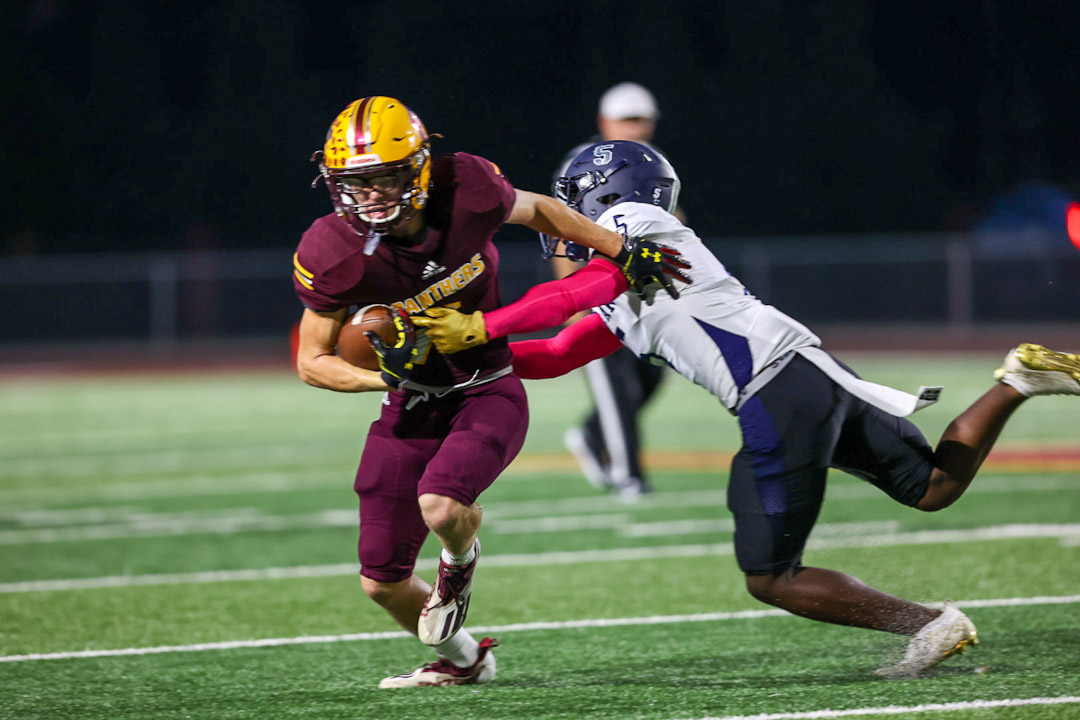 Brutal. There was really no other way to describe it.

To set the scene. Perry was trailing Spalding at home 31-26 late in the fourth quarter. It had just stopped the Jaguars on a fourth-and-one on, of all places, Spalding’s own 29. The Panthers took over with 3:37 showing on the game clock. They moved it on five plays to the 1. A four-yard loss dropped it back to the 5 where on the next play, the ball was stripped. The Jaguars recovered and after picking up a first down and doing some effective stalling, ran out the final 1:08 on the clock for the win.

They improved to 5-1 overall, 2-0 in Region 4-AAAA, while handing Perry its first loss and leaving it also 5-1 overall, but 1-1 in the division. 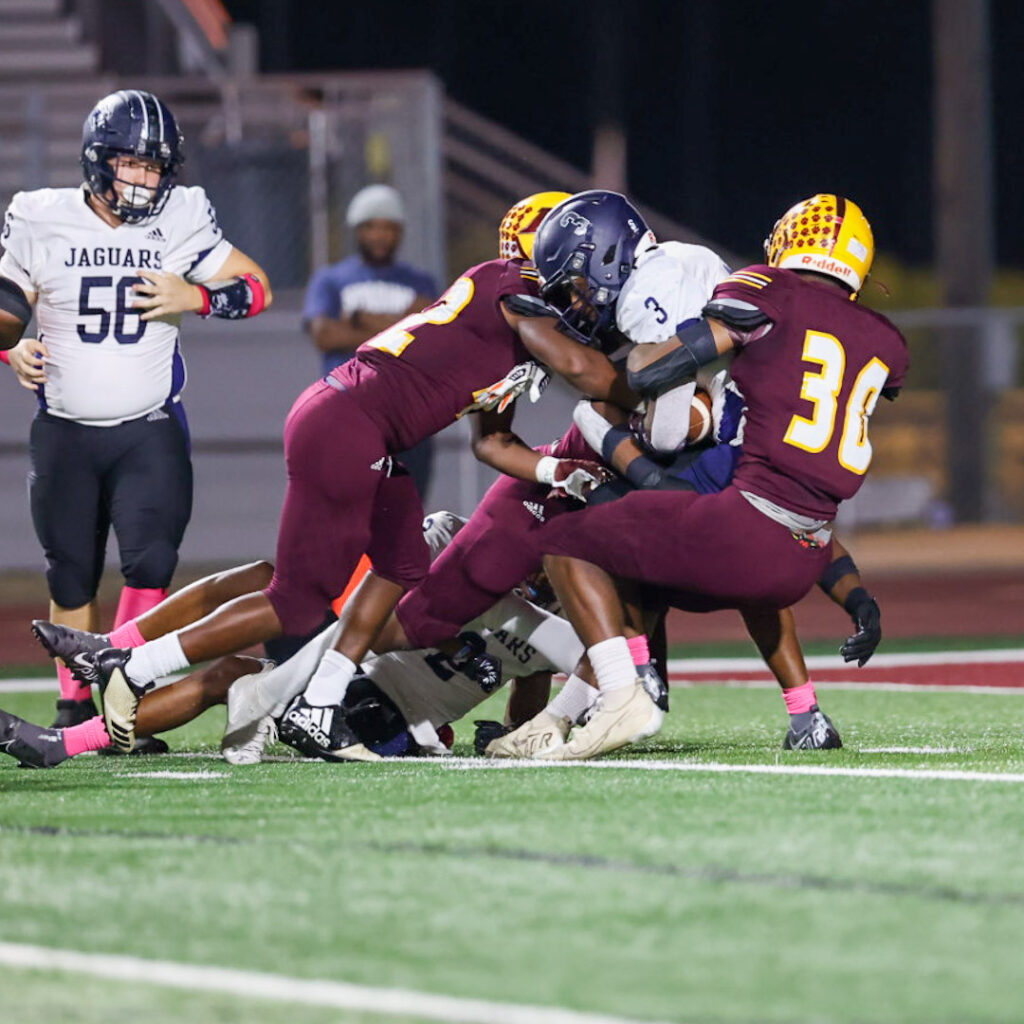 After punting on its first possession to start the game, the Panthers scored on their next three. The first was on an 11-yard run by Daequan Wright. That put the finishing touches on a five-play, 60-yard drive.

The next two drives covered significant ground but stalled. Caden Camp was brought on and hit on both field goal opportunities. The first was from 27 yards. The second, coming with just over seven minutes left, was from 24. The first finished off a six-play drive. The second took care of one for five.

Spalding, after punting three times to start the game – and doing little on offense during that span – scored on its possession following. It went 80 yards, ran 11 plays – converted on three third downs along the way – and scored on an eight-yard run by Curt Clark. Bryson Jackson’s point after made it 13-7 with 5:45 on the clock.

Perry answered immediately via a 59-yard touchdown run by Wright. Camp made it 20-7.

That came with 2:47 left in the half. Both moved the ball some but punted – the Panthers twice, Spalding once – to end the first two quarters. 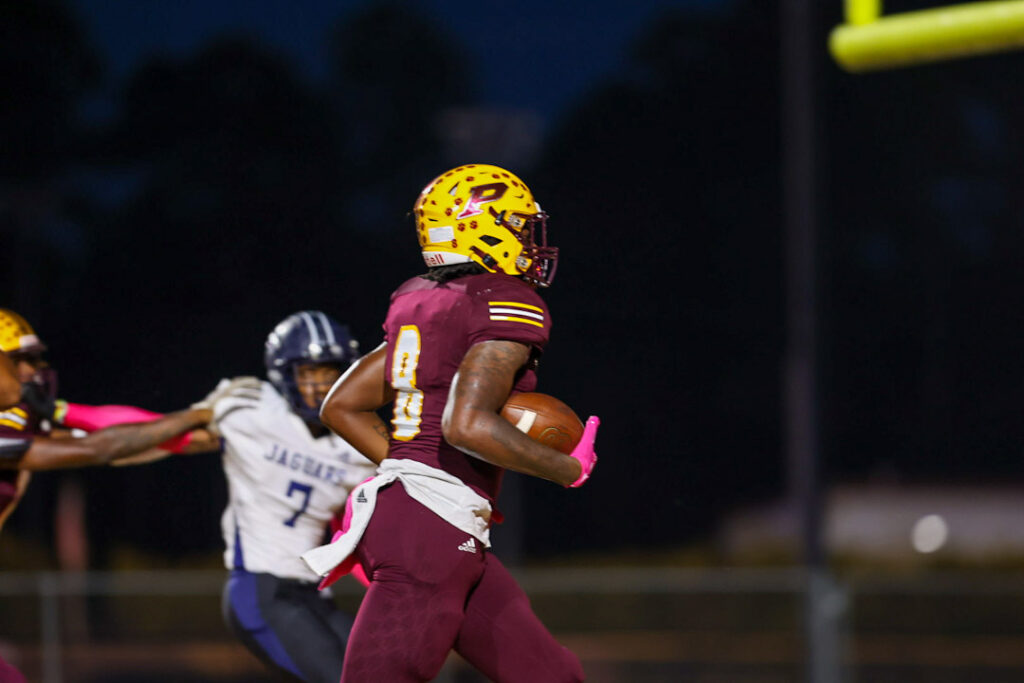 If you look at the scoring chart for Spalding, you’ll notice a sharp incline in the second half. Such was the continued trend. It scored on its opening possession of the third quarter, eight plays, 57 yards and on a one-yard run by Berry. The point after by Jackson gave it its first lead, 21-20 with about five minutes gone.

Perry was forced to punt. The Jaguars scored again. This time they went five plays and 80 yards and once again it was Berry doing the honors – from the 13. That made it 28-20, which is where it stood after three.

After forcing the Panthers to punt again, Spalding threatened to do even more damage. It went from its own 32 to near the redzone before three crucial penalties sent it going in the opposite direction. It eventually turned it over on downs.

Another punt, however, put them right back in business. This time they scored on Jackson’s 34-yard field goal. That made it 31-20 with 5:50 left to play.

The Panthers finally got back on track on their next possession thanks to a 60-plus-yard touchdown pass from Armar Gordon to Dakari Anderson. Perry went for the two-point conversion but failed. That in turn set the stage for the aforementioned scene, and again, the brutal ending. 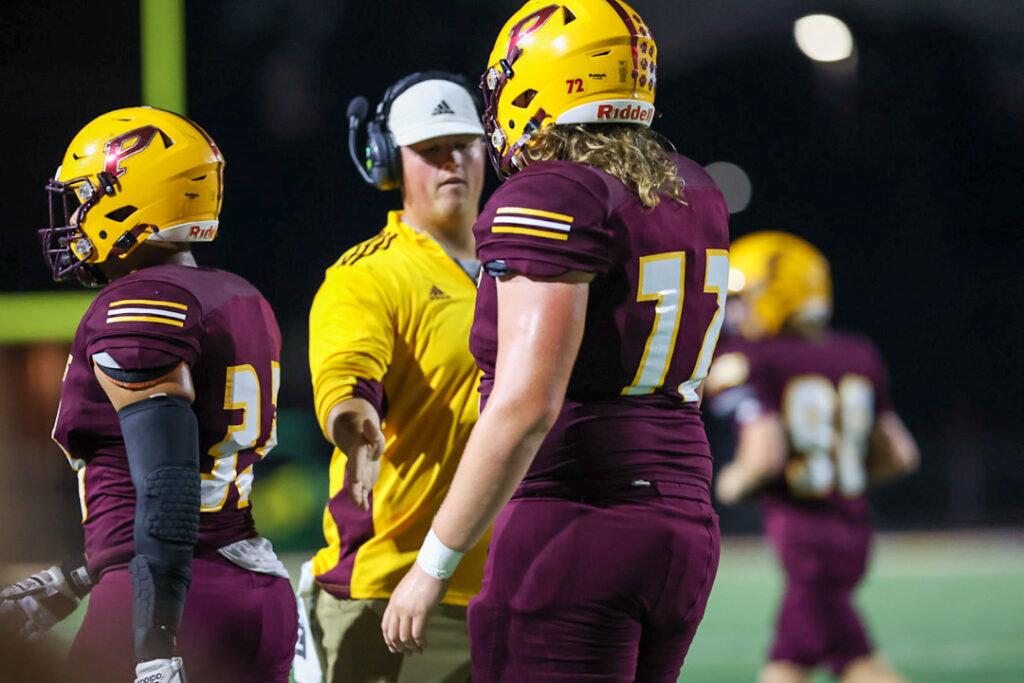 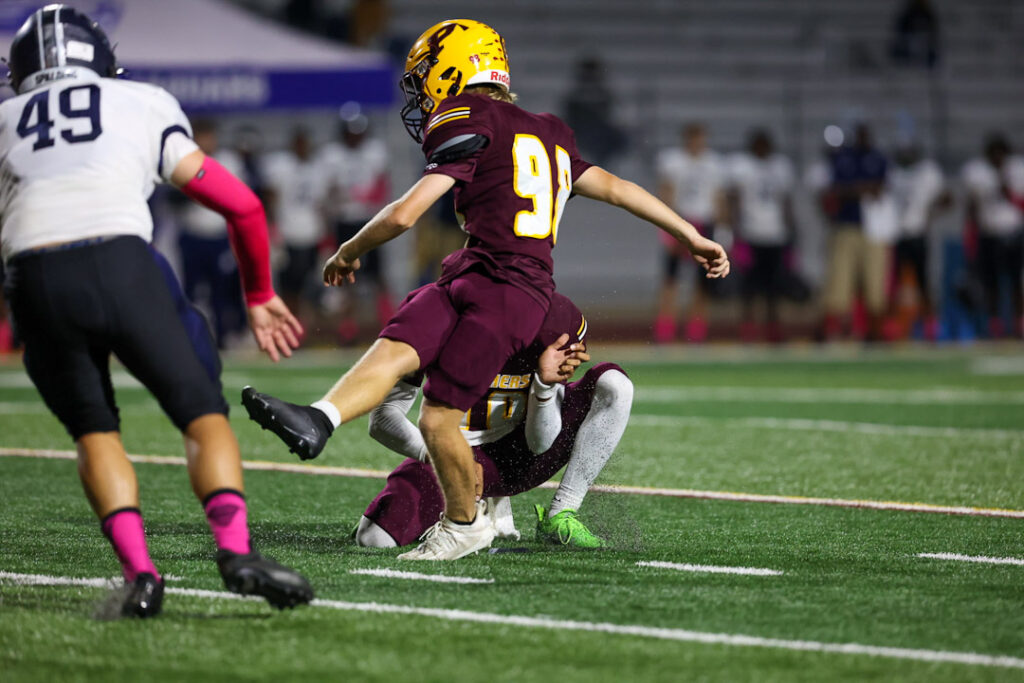