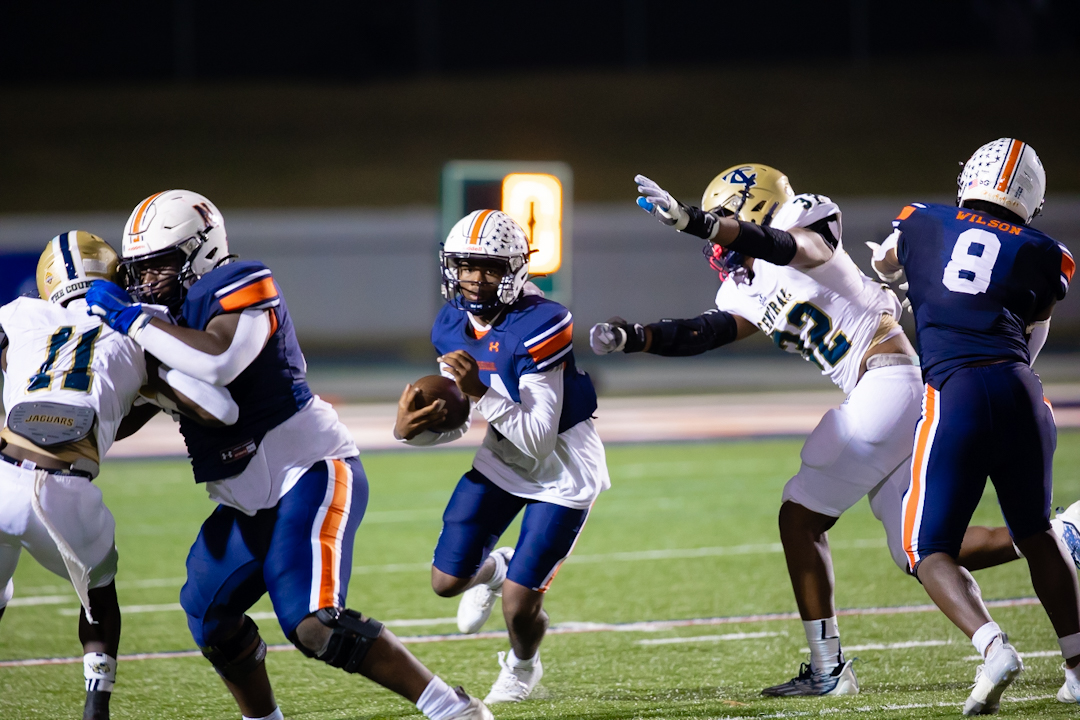 Bend but don’t break. That appeared to be the way – whether intentional or not – Northside and Thomas County Central’s game progressed Friday in McConnell-Talbert Stadium, the Region 1-AAAAAA championship at stake.

Bend but don’t break, and both tested each other mightily in that regard throughout. From a fan standpoint, you couldn’t help but believe all it would take was one mistake to doom either. In the end, that was indeed the case. Thomas County Central took a 17-14 lead to start the second half, but it was really Ricky Fulton’s 50-yard touchdown run with 5:28 left in the game that ended the Eagles’ hopes. It got the visitor a 24-14 lead. Northside had two more chances, but it had little choice but to pass and was intercepted on both. 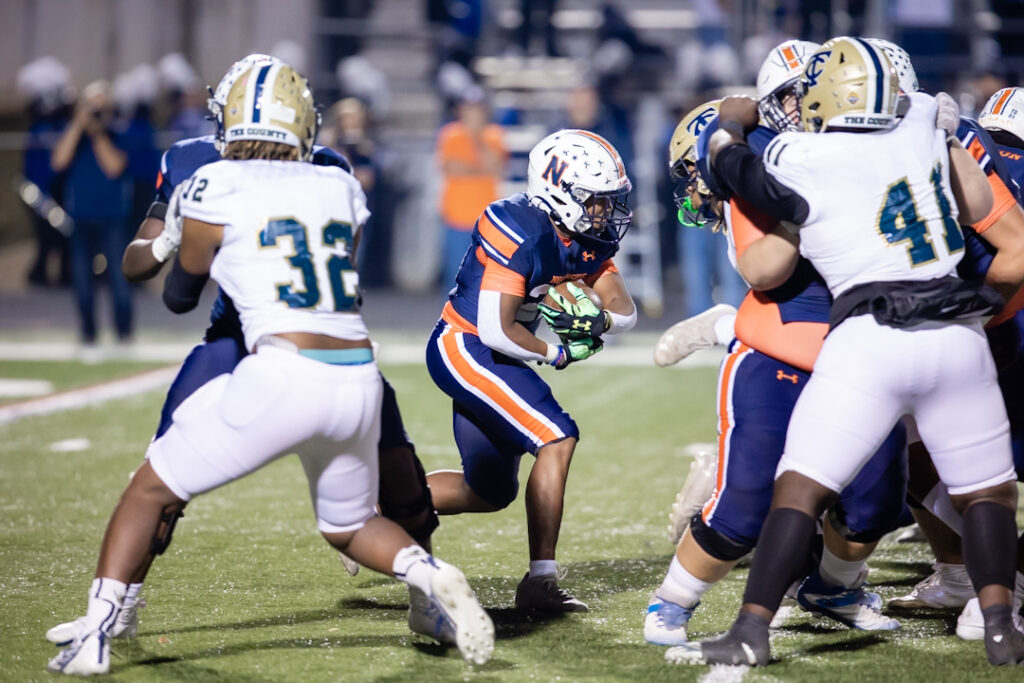 Northside, after both had moved it some but were forced to punt twice – leaving the first quarter scoreless – scored on a two-yard touchdown run by quarterback D.J. Hudson. It was a play that almost wasn’t. The Eagles had driven 73 yards to the 5. A run on a third and goal from there put it on the 3. Head Coach Chad Alligood elected to send in the field goal team, but a flag put it at half the distance to the goal. He then decided to go for it. Instead of getting a chance at the field goal, Ashton Paredes got a chance at the point after. He made it. The drive went nine plays and took about four minutes to complete.

Thomas County Central did answer back, and it answered back quickly. It went from its own 35 to the Eagles’ 16 in five plays. It did stall and was forced to kick the field goal making it 7-3 with 10:26 left in the second. It then went ahead, 10-7, with a 31-yard pass from quarterback Samuel Brown to T.J. Sanders.

Northside answered that with a six-play, 51-yard drive and a 12-yard touchdown run by Duke McClinton. Paredes made it 14-10 with 3:50 left in the quarter. Both punted to finish out the half.

Thomas County Central took what turned out to be the lead for good on a nine-play, 54-yard drive, finished off by a three-yard run by Brown.

Both then went back to where they were in the second quarter – moving it with some success, just not enough to score. Their combined efforts ended up in seven punts – four by Northside, three by the Yellow Jackets – before Fulton’s heartbreaking run. 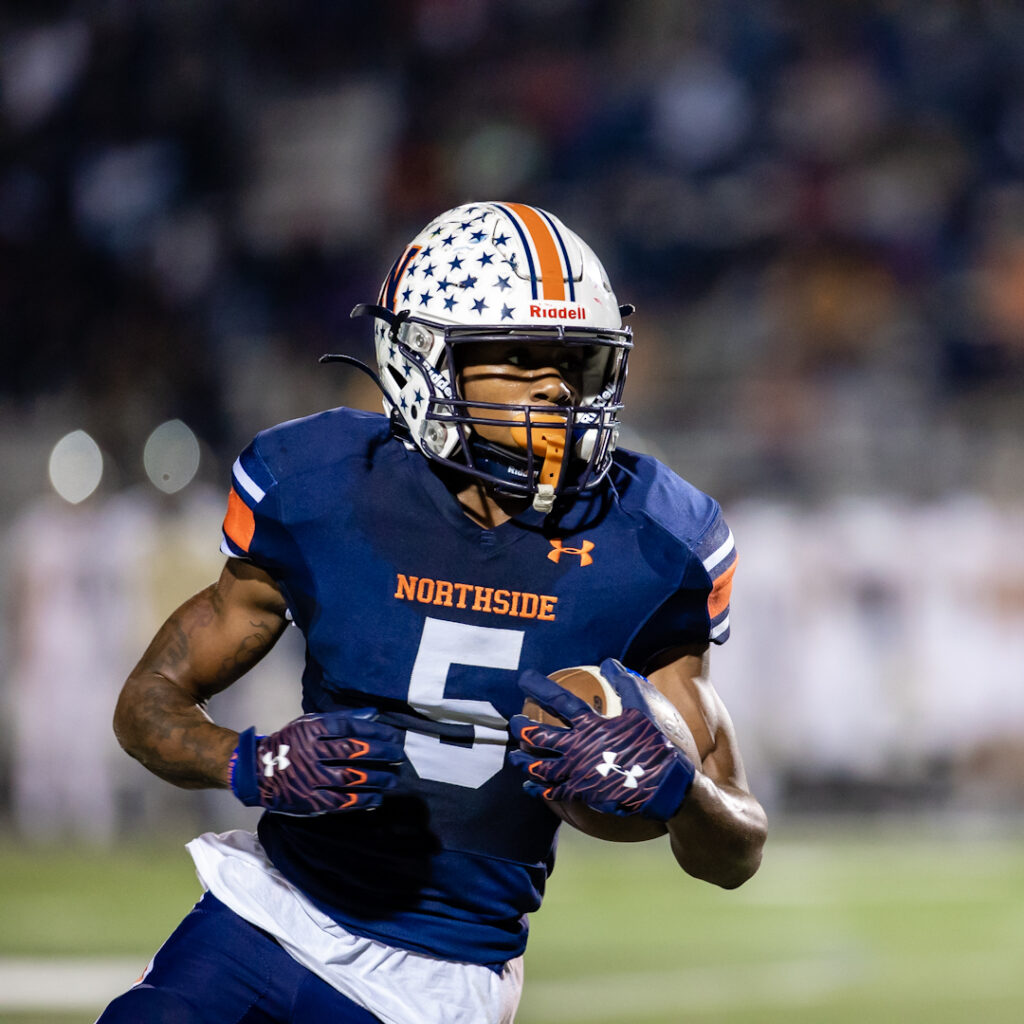 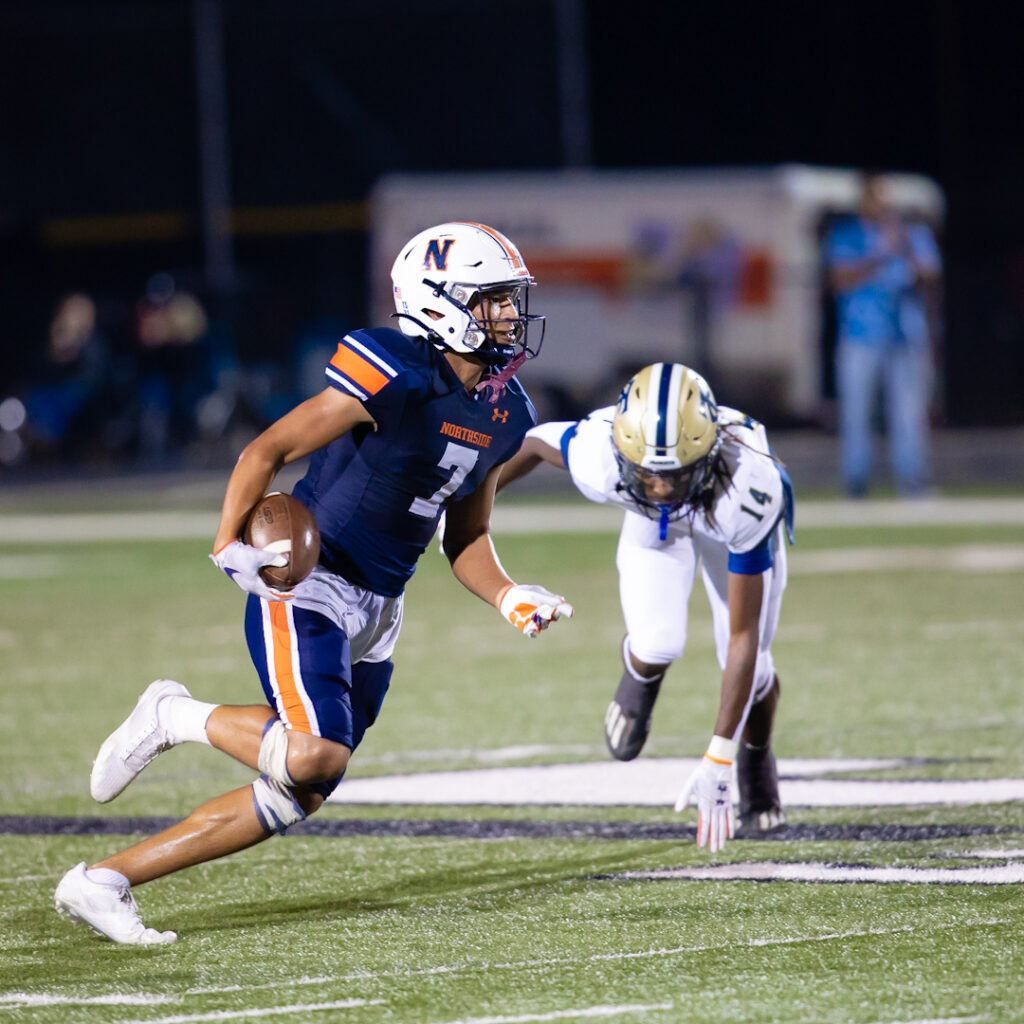