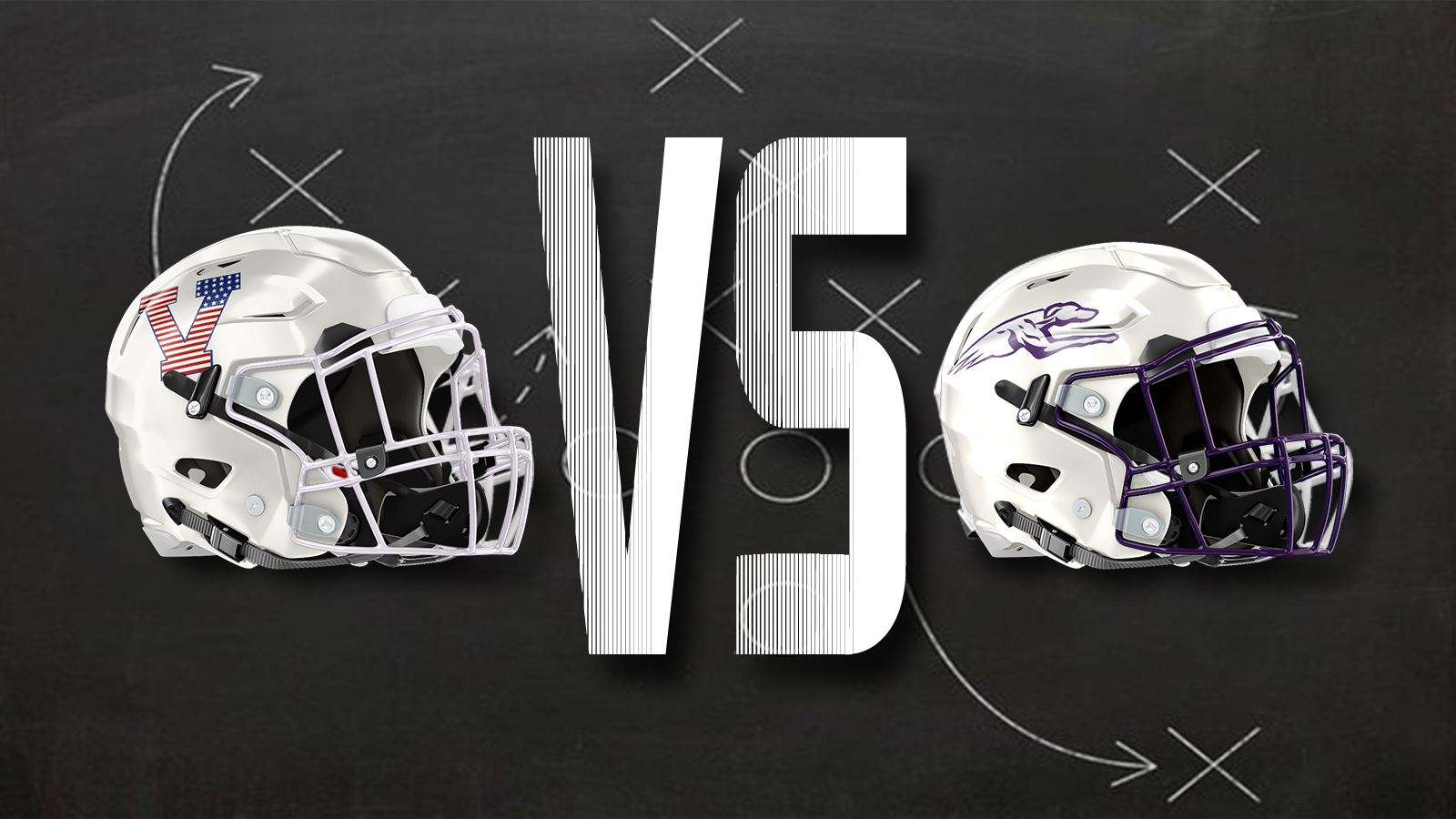 That is: Veterans taking the ball to start the third quarter, going 90 yards in 18 plays and scoring on a two-yard run by Jaron Benjamin. Not just that, but converting four fourth downs along the way and eating more than eight minutes off the clock.

Back breaker. Well … Not against host Jones County, and not on this night. In fact the Greyhounds answered right back with a nine-play, 67-yard drive and scored on a 25-yard pass from quarterback John Alan Richter. The Warhawks’ score tied it. Jones County’s score made it 28-21.

So it was to be that neither would have their back’s broken, and if not for a two-yard run by Veterans quarterback Matthew Bruce – the successful completion of a two-point conversion that gave the Warhawks the 43-42 overtime win – the two might still be playing.

The Greyhounds started the game by putting together a nine-play, 73-yard touchdown drive. Drew Jones finished it with a run from the 2. The point after was good.

The Warhawks answered with a scoring drive of their own, 80 yards, nine plays and a 13-yard pass from Matthew Bruce to Deondre Kennedy for the score. Braden Black tied it with about a minute left in the quarter.

Jones County grabbed the lead back on its next possession. It went from its own 27 to Veterans’ 9 where quarterback John Alan Richter found Ed Chester for the score.

The Warhawks were forced to punt on their next possession. The Greyhounds threatened again, stalled and attempted a 35-yard field goal. It went left of the post.

Veterans responded with a touchdown to tie. It went 82 yards and needed only five plays – the last of those a 63-yard pass from Bruce to Demore Franklin.

A bit of Warhawks misfortune helped Jones County score again just before the half. The Greyhounds, with the clock inside a minute, picked up a first down then stalled. They lined up to punt. Veterans gave chase. The punter recognized it would be blocked, so took off running. He earned the first down in the process. Six plays later, and on a third-and-21 no less, Richter found Tyler Stewart for the score.

The two aforementioned drives took care of all but 27 seconds of the third quarter.

Veterans took over at that point and went 73 yards on 12 plays. Bruce ran it in from three yards out to tie it at 28.

The first was on a 14-play, 65 yard drive finished off by Drew Jones’ one-yard run. The second, by the Warhawks, started on the 28. Two five-yard penalties pushed it back 10 yards. No matter. Bruce, on the third play from scrimmage, completed a pass of 29 yards for the first down. He ran it a couple of times to get it to the Greyhounds 42 – also picking up a first down. Then he found Nate Brooks for the score. The point after was made with 2:17 on the clock.

Jones County moved it enough for a first down but then failed to complete back-to-back-to-back passes. It punted to Veterans, which in turn kneeled, ran out the final minute-five and sent it into overtime.

The Greyhounds took it first – from the 15 for both clubs. It scored on a one-yard run by Richter.

Veterans took it, went backwards a couple of yards on a run before Bruce completed a pass to the 5. He ran it to the 3 and then ran it in.

Head Coach Milan Turner went for the win and the Warhawks didn’t disappoint.

They got their record even at 1-1 while dropping Jones County to 1-2.