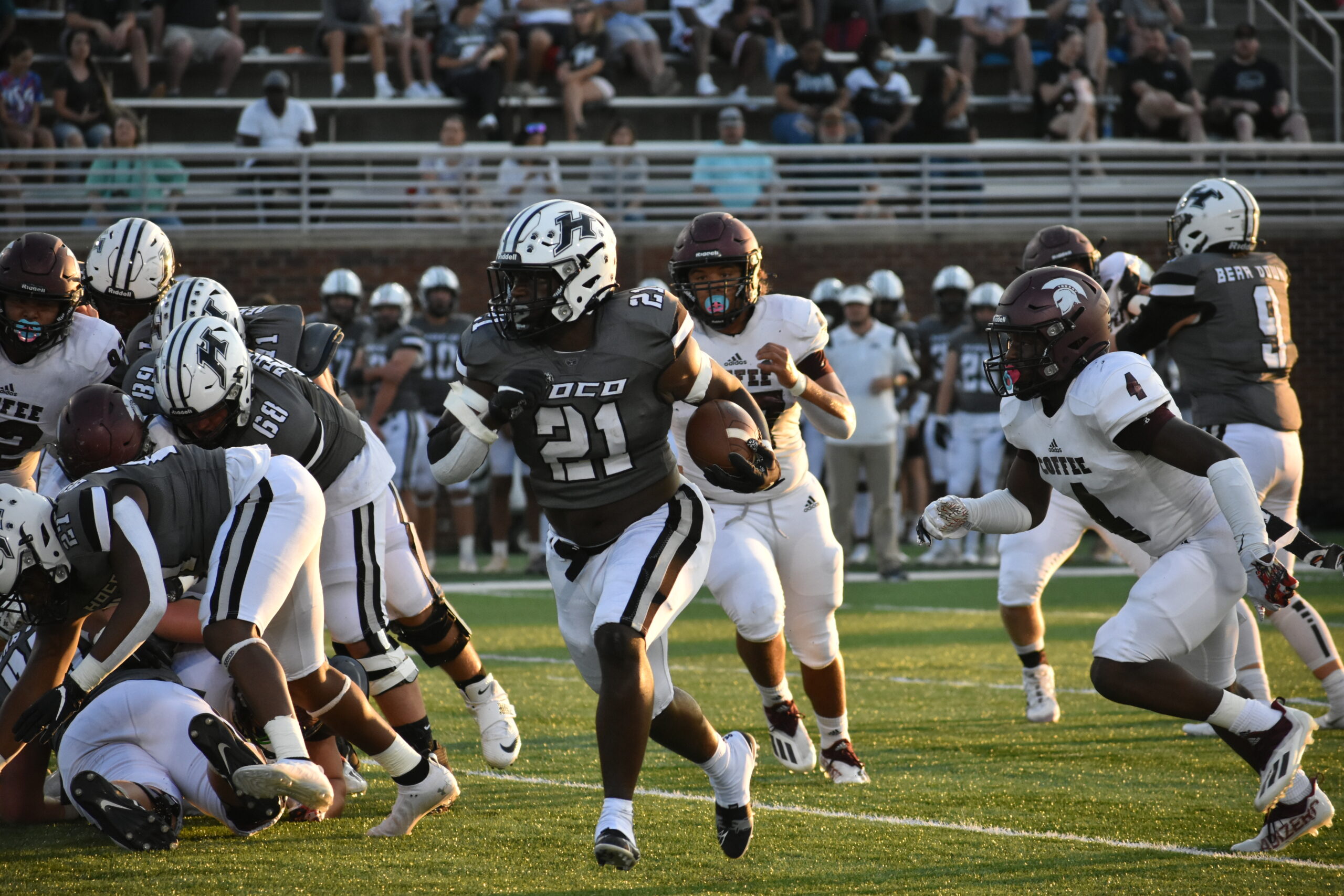 The interceptions were courtesy of Anthony Paulk. His first came just before the first quarter ended. It went for 74 yards and broke a 7-all tie. His second came in the third quarter with the Bears deep in their own territory and trailing 21-10. It went for 13 yards and really put the game, if it wasn’t already, out of reach.

The field goals were by David Vaugh. The first came after the first of those interceptions. The second came on the Trojans’ possession following. If the last Pick 6 didn’t put it out of reach, those certainly did. 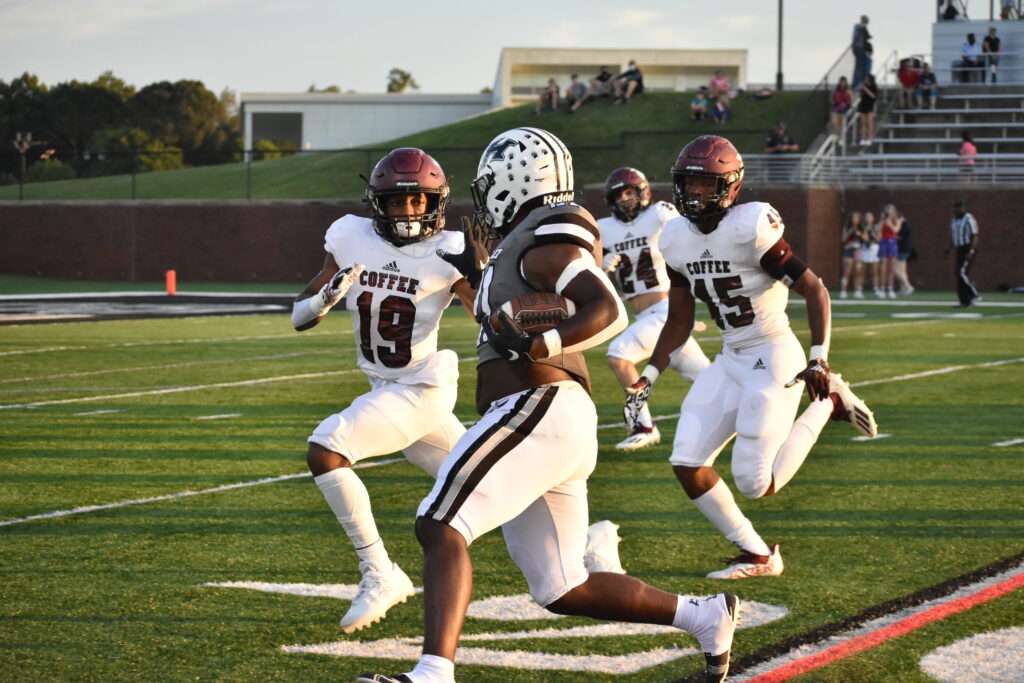 Houston County punted to start the game but it was muffed by the receiver. The exchange put the ball on the 35 where six plays later Simeon Askew ran it in from the 3.

After punts by both – each picking up a first down before having to turn it over – Coffee took over on the Bears’ 44 and put it in in four plays. The last was a 19-yard pass from Justin Swords to Matthew Adams. Vaugh also made all of the Trojans’ points after.

After the first interception gave Coffee the lead – the score 14-7 after one – Houston County punted twice. The Trojans punted once. The scored on the possession following, 12 plays, 83 yards and an 11-yard touchdown run by Swords.

Nick Jordan picked off a Coffee pass to start the third. The Bears turned that into a 34-yard field goal by Manny Hernandez.

Paulk’s second interception and the two aforementioned field goals came after that. All told it left a little over nine minutes left in the ballgame.

Houston County moved the ball some – a fair amount of distance – but punted with its two last touches of the game. Coffee threw another interception – this one didn’t hurt and then got the ball back with 2:32 remaining and ran out the rest of the clock. 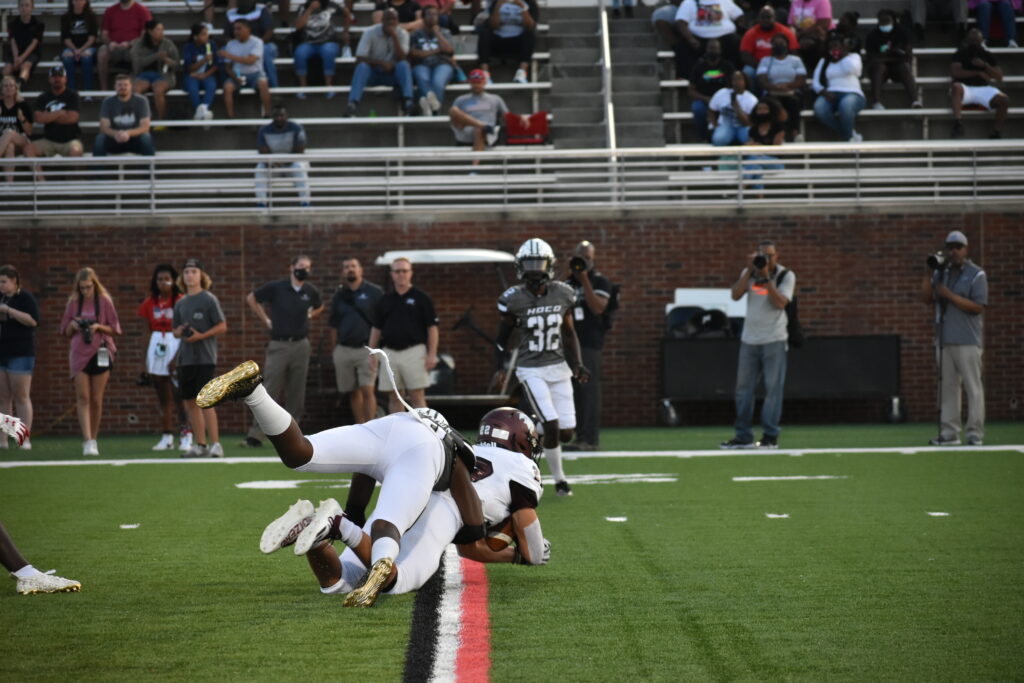 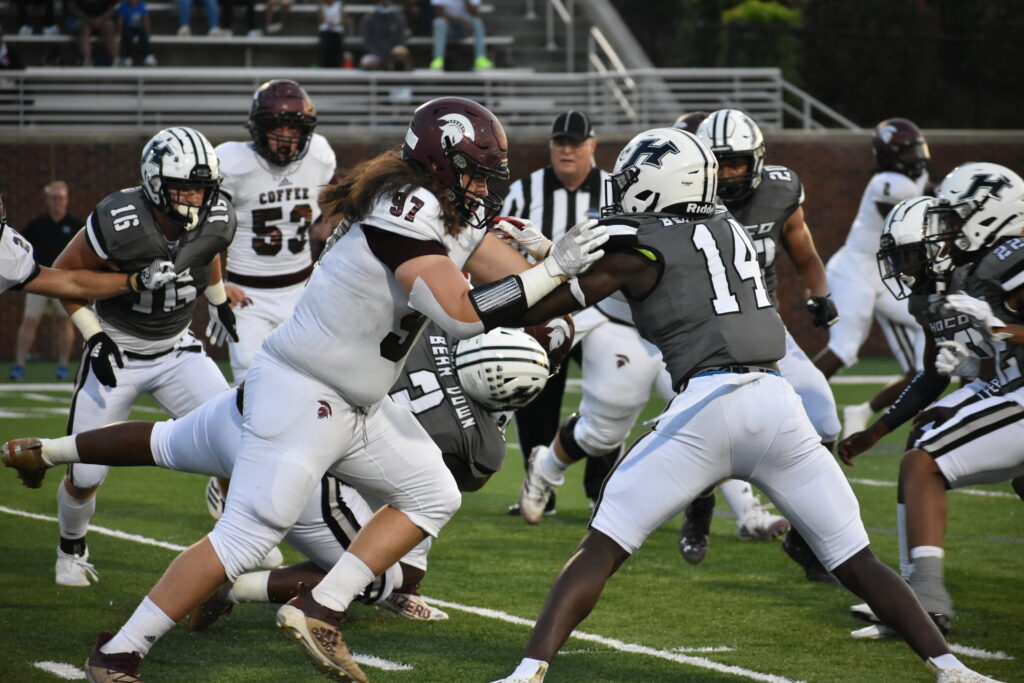 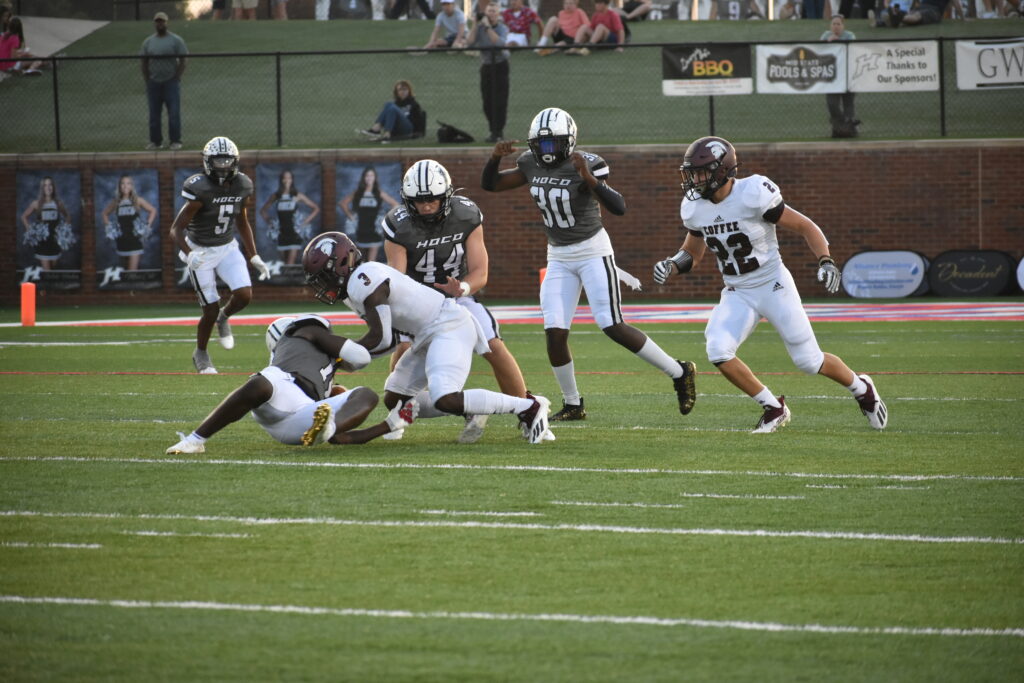