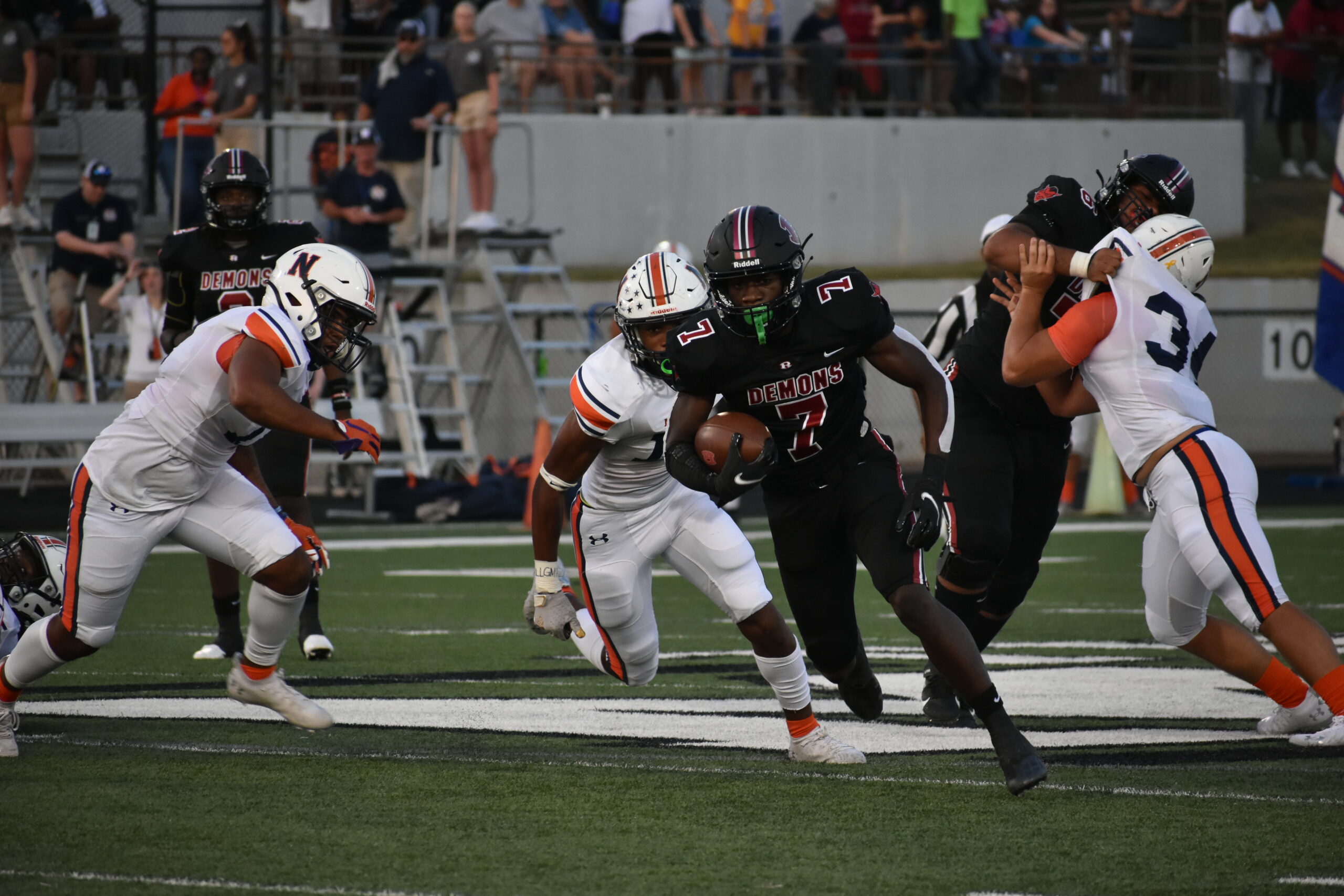 Northside accomplished one thing for sure. It ended its 11-quarter scoring drought against Warner Robins. It accomplished more – moving the ball and defending well at times; plenty to build on in a young season – but one thing it couldn’t accomplish: Ending its four-year string of losses to its cross-town rival. That now stands at five as Warner Robins rolled, 49-7, Friday in McConnell-Talbert Stadium. 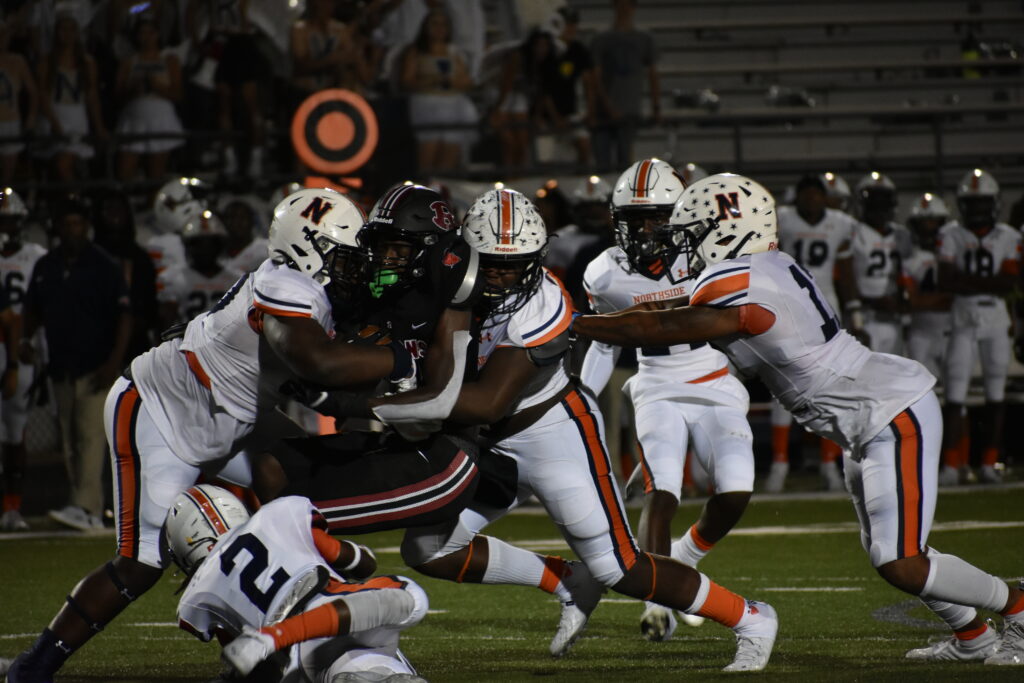 Northside went three-and-out and punted to start the game. Warner Robins went 56 yards and scored to start the game. It took eight plays – a facemask when the Eagles had the Demons on a third-and-13 was plenty huge – and ended when quarterback Christon Lane found Cam Flowers for a 28-yard score. Daniel Barber, as he did throughout, provided the extra point.

Northside picked up its first first down on its next possession but was still forced to punt. Warner Robins picked up a couple of first downs but did likewise, the game moving into the second quarter.

The Eagles again moved it enough for a first down but again had to punt. The Demons scored again. They started on their own 49, went seven plays and scored on Malcolm Brown’s four-yard run. That made it 14-0.

A punt each followed before Northside drove deep but turned it over on downs on Warner Robins’ 29. The Demons took it and scored once more. They went 71 yards on seven plays and found the endzone on Lane’s 32-yard pass to D.K. Sturn.

It appeared Northside would get back in the game on its next possession. Moving from its own 26 it got the ball to Warner Robins’ 14. Instead, an interception by Jafredrick Perry – a force on both sides of the ball – moved it 65 yards back the other way. Lane found Deuce Petty on the third play from scrimmage for a 27-yard pass in the endzone. The point after made it 28-0, which is where it stood at the half.

The Eagles limited the Demons to a three-and-out to start the third. They took the punt on their own 41 and drove it to the Warner Robins 17 before stalling. They lined up for the field goal. It was blocked. However, it was also recovered by Elijah Robinson who scooped it up from about 20 yards out and scored for Northside. Ashton Paredes made the point after.

The drought was over but the Demons were still enjoying April showers. They scored in answer on Malcolm Brown’s one-yard run. That was the finish to a 62-yard drive. Another Perry interception turned the Eagles back and paved the way for Warner Robins’ sixth score. On a fourth-and-10 of all attempts, Lane found Daveon Walker from 14 yards out. The drive was for 56 yards and went eight plays. It was finished off with 3:32 left in the third.

Northside punted. The Demons muffed it but the Eagles returned the favor with a scoop and score by Montrez Dinkins.

The Eagles turned it over on downs, the game moving into the fourth and with a running clock, after that. The Demons were intercepted but Northside again had to punt. That came with about a minute left. Warner Robins ran out the rest from there. 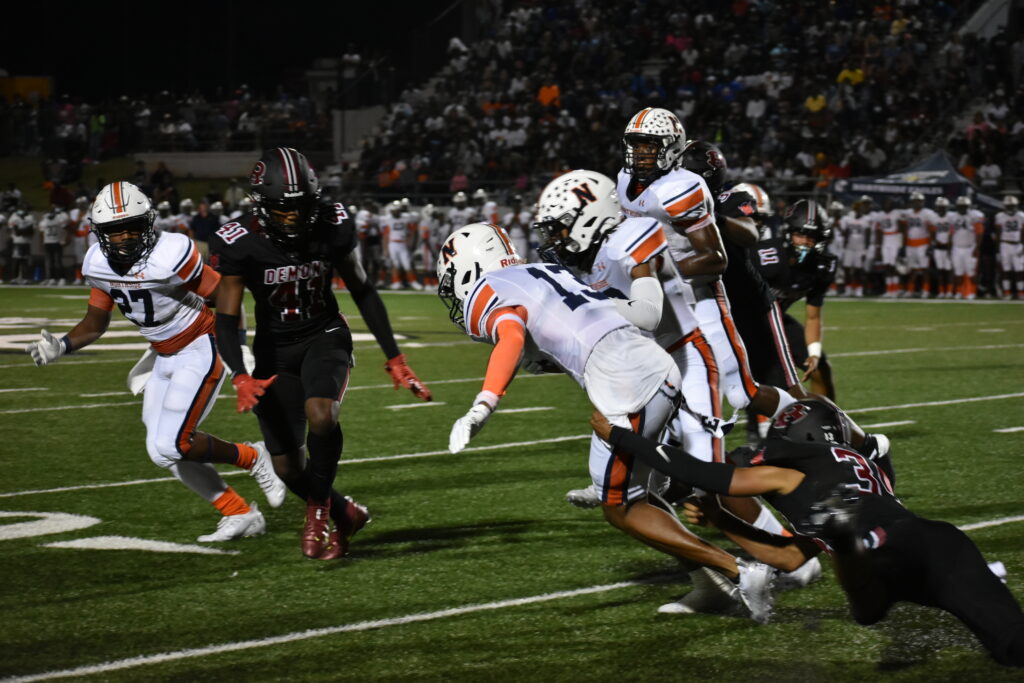 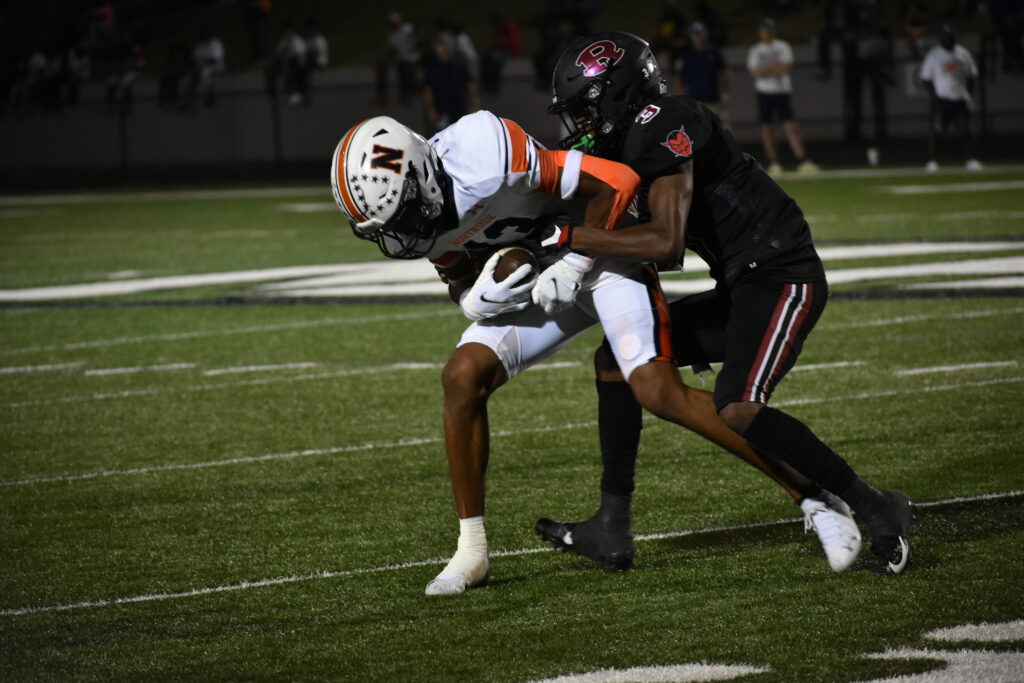 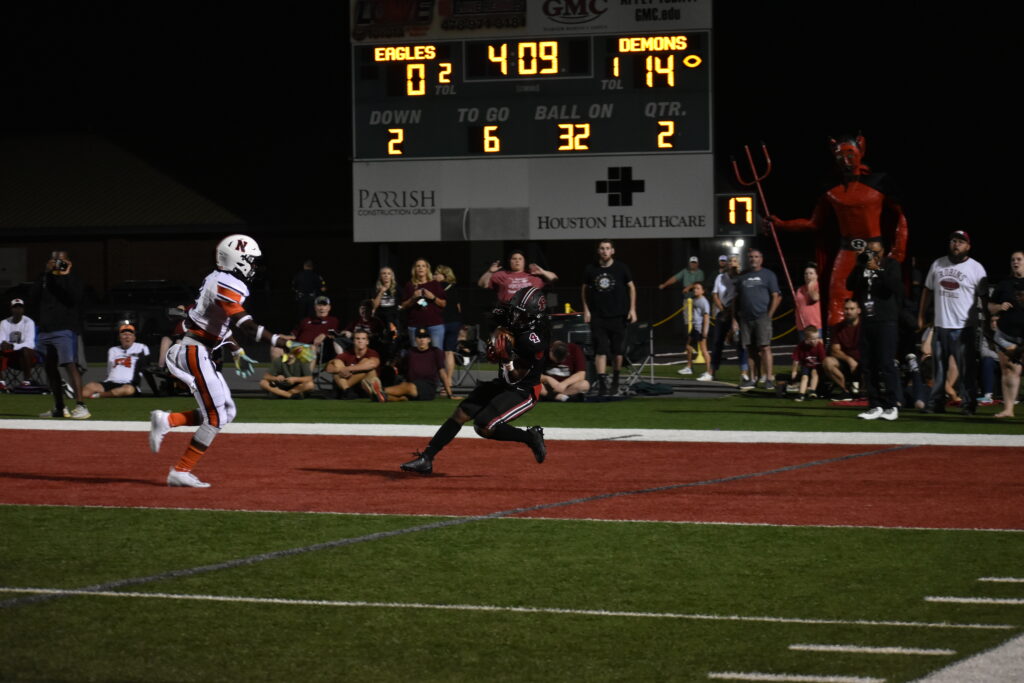