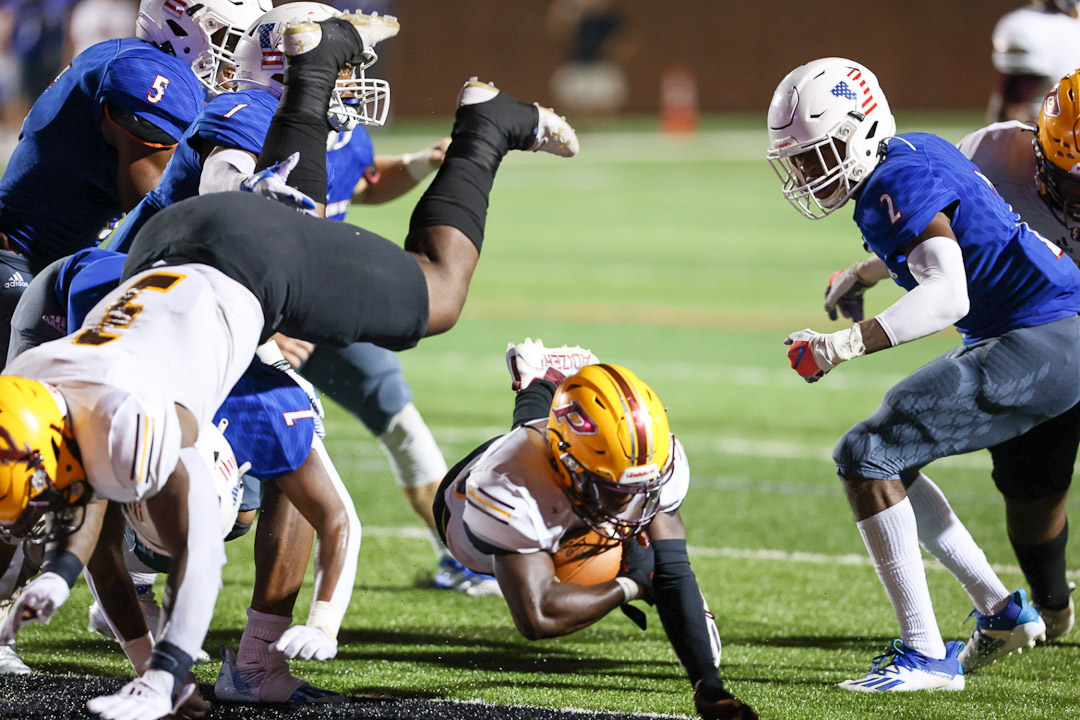 Perry remained explosive on offense and pretty stout on defense as it dropped Veterans 34-14 Friday on Freedom Field.

Veterans moved the ball well to start with, but still had to punt just after it crossed midfield. Perry went three-and-out and punted, which led to a punt that landed on the Warhawks’ 5. Instead of it being a bad thing, they took it eight plays and 95 yards and scored on Demare Franklin’s seven-yard run from the Wildcat formation. Brayden Black made it 7-0 with about four minutes left in the quarter.

Perry answered right back on a drive that started on their 30 and ended with a 27-yard pass from quarterback Armon Gordon to Curtis Head. Caden Camp made it 7-all.

Veterans punted as the first quarter came to an end. Perry did likewise – it was a tough going for it, as the aforementioned punt landed on the 1.

An interception by Traveon Wright gave the Panthers a chance to score again, but a 43-yard field goal try went left.

The Warhawks again punted. Perry took advantage. It went 45 yards on four plays and took the lead – for good – on an 11-yard pass from Gordon to Brent Gibson.

Veterans punted again and the Panthers ran out the first half clock. 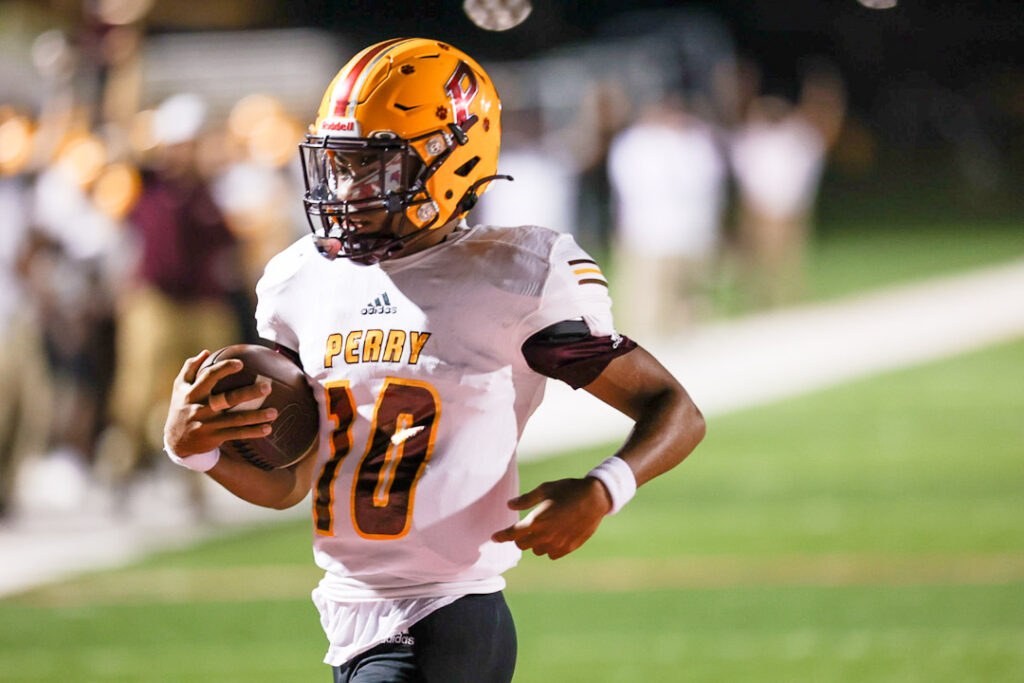 They then added to their lead with a long drive to start the third, 75 yards, seven plays and a two-yard run by Demetrius Carter. The point after made it 21-7.

The Warhawks drove deep enough to attempt a field goal after that, but it went under the bar on a 42-yard try.

Both then settled in out three-and-outs and punted. That also ushered in the fourth quarter where Perry made it 27-7 on its first drive. The score came on a two-yard run by Gordon. It tried the two-point conversion but was stopped short.

The Warhawks answered that with a 65-yard, five play drive – the Panthers ate 30 yards of it up for them in penalties – and a seven-yard touchdown pass from Matthew Bruce to Travis Young.

The kickoff went to the 35 where on the first play from scrimmage Gordon hit Dakari Anderson for a 65-yard touchdown pass. Carter Horton made the point after this time to end the scoring.

The rest of the quarter was finished off with two punts by the Warhawks, Perry nearly scoring again but instead turning it over on downs and Veterans finishing off the clock.

The Panthers improved their mark to 3-0 while the Warhawks dropped to 1-2. 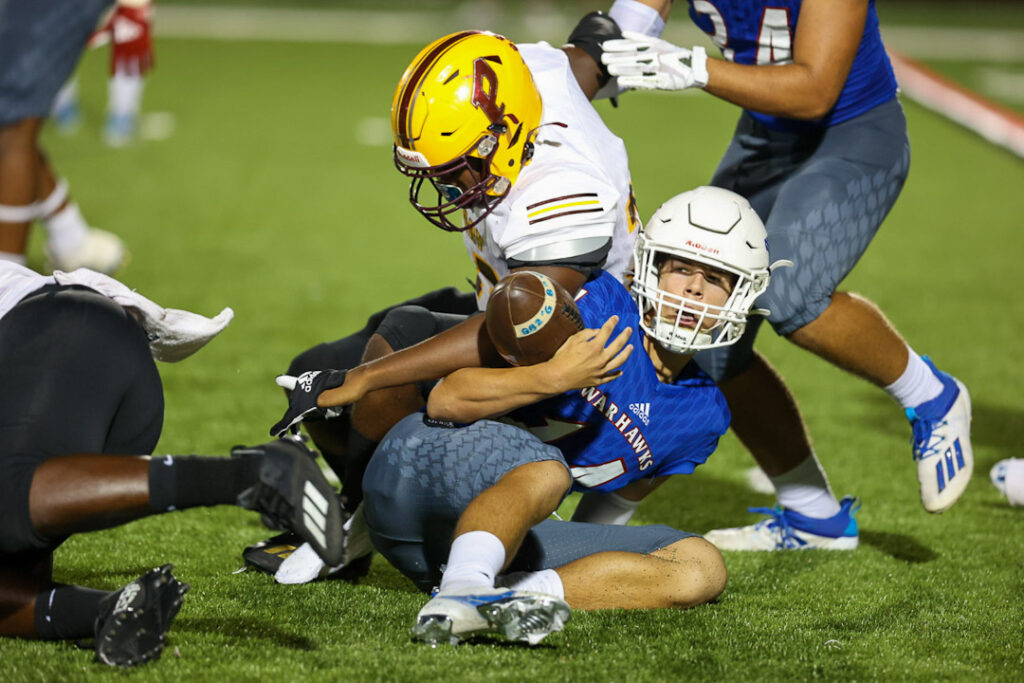 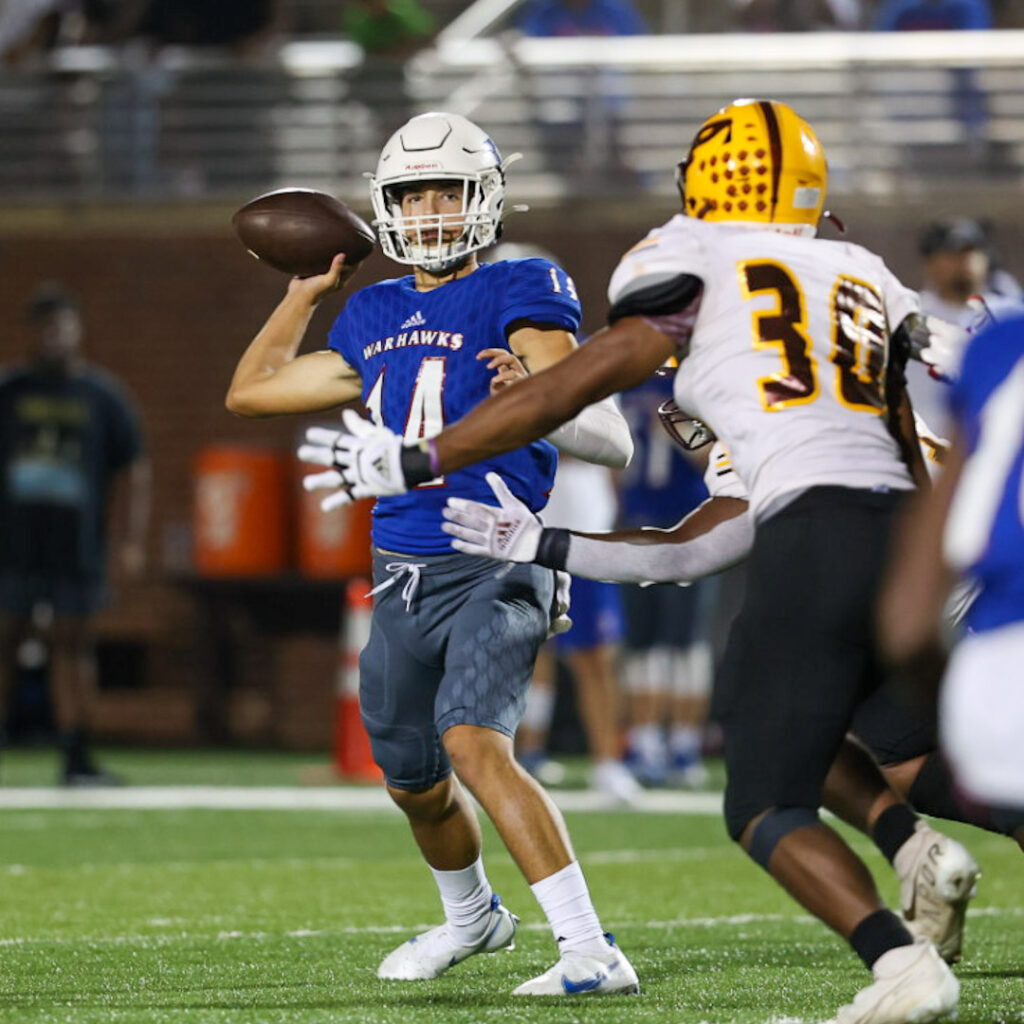