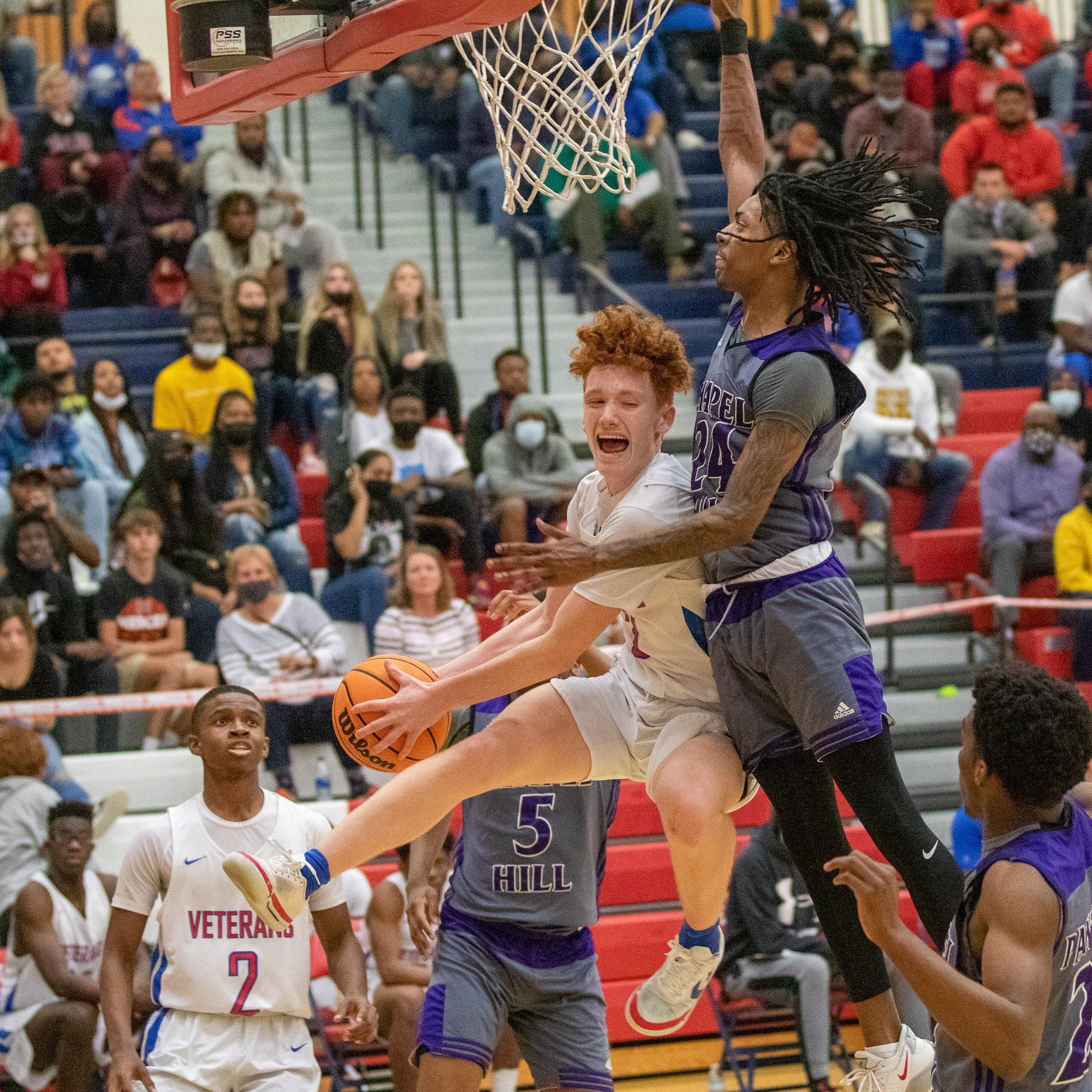 Somebody finally found a chink in Veterans’ armor.

Then again, arguably no team – not even in tungsten – could have stood up to Chapel Hill’s 3-point, third-quarter onslaught in the two teams’ Class AAAAA state quarterfinal matchup Wednesday at Veterans. Of course the Panthers, eventual 79-63 winners, would say it – six treys in seven attempts – was standard operating procedure, but to the Warhawks and their fans, it was nothing short of surreal.

Nevertheless, there they fell, one by one by one. 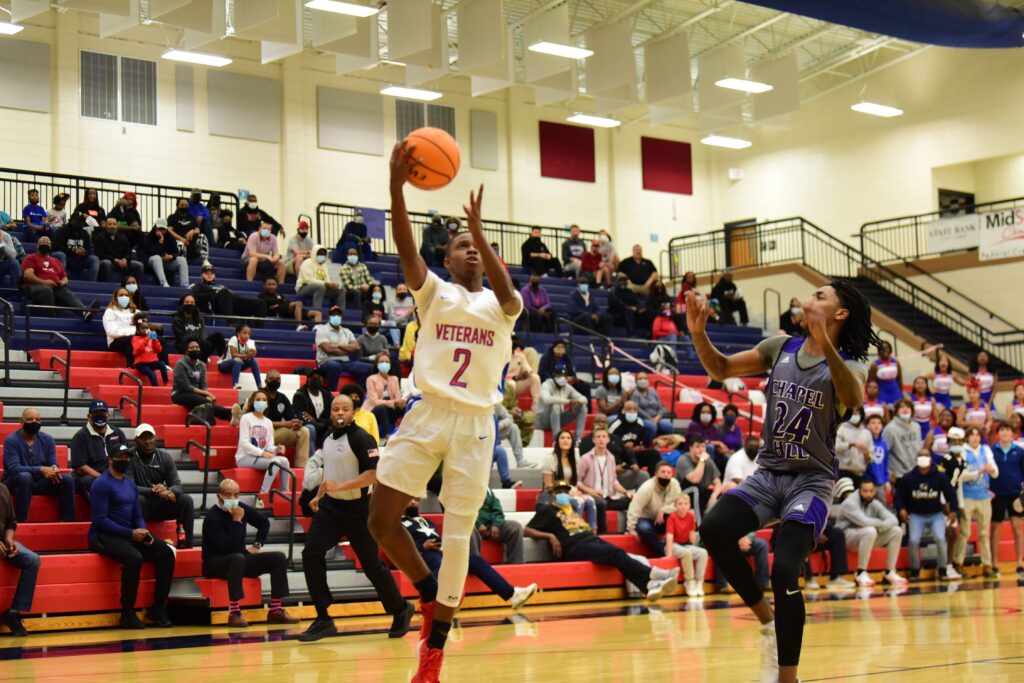 The first, by K.J. Doucet – one of three he would make; one of four overall in his 18-point night – cut Veterans’ lead to three, 39-36. The Warhawks did lead 36-33 at the half and led 25-18 after one. They, in the first, were matching the visitor from afar. Micha Bell had two treys during that span. T.J. Grant, who finished with 25 to lead all scorers, also had two. (The difference: Grant was also three-of-four from the free-throw line and the Warhawks as a whole were nine-of-10.) Jamisen Winters (8 points on the night) joined Doucet in the second. Both also had a basket and helped Chapel Hill outscore Veterans 15-14.

Back to the third. Again, Doucet cut it to three points. Then he tied it at 39. Then he put the Panthers up, 42-39. Grant with another 3 tied it. He also had two more baskets, but opposite him, Kevin Hunter (7 points) was busy hitting two 3s. And, Peyton Weathersby (eight points) hit a 3. By the time the buzzer sounded to end the quarter, the Warhawks were down 53-48. 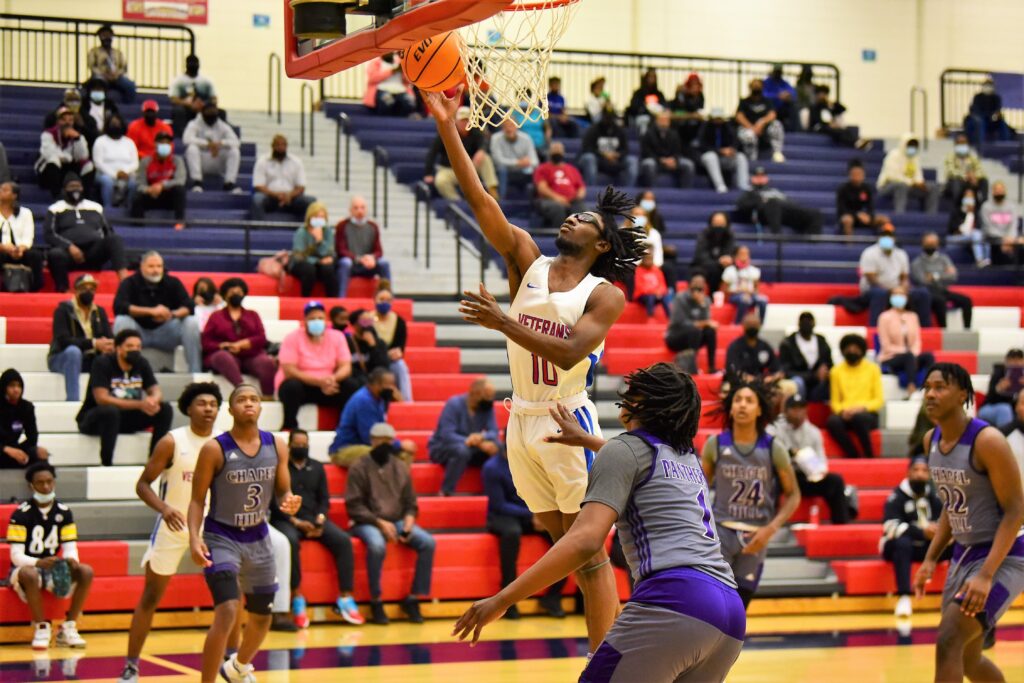 It would get worse. Veterans began suffering from one-and-down syndrome. By the time the midway point of the fourth arrived, they were down by 11, 64-53.

Veterans was forced to foul and of course Chapel Hill was good from there as well. Five times it went to the line. As if to add insult to the armor piercing 3s, nine out of 10 went in. 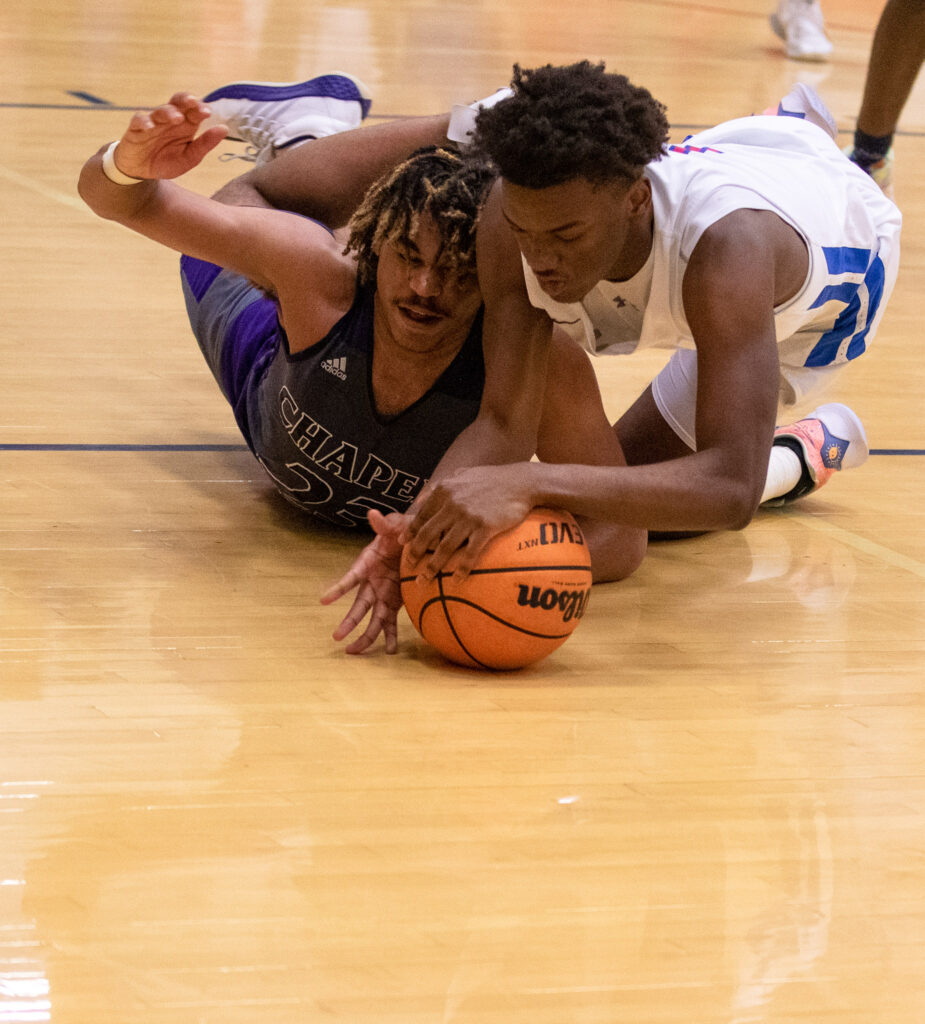 For the Warhawks, it was the end of an tremendous year. They finish 23-1, reign as Region 1-AAAAA champions and made it further than any previous Veterans squad. 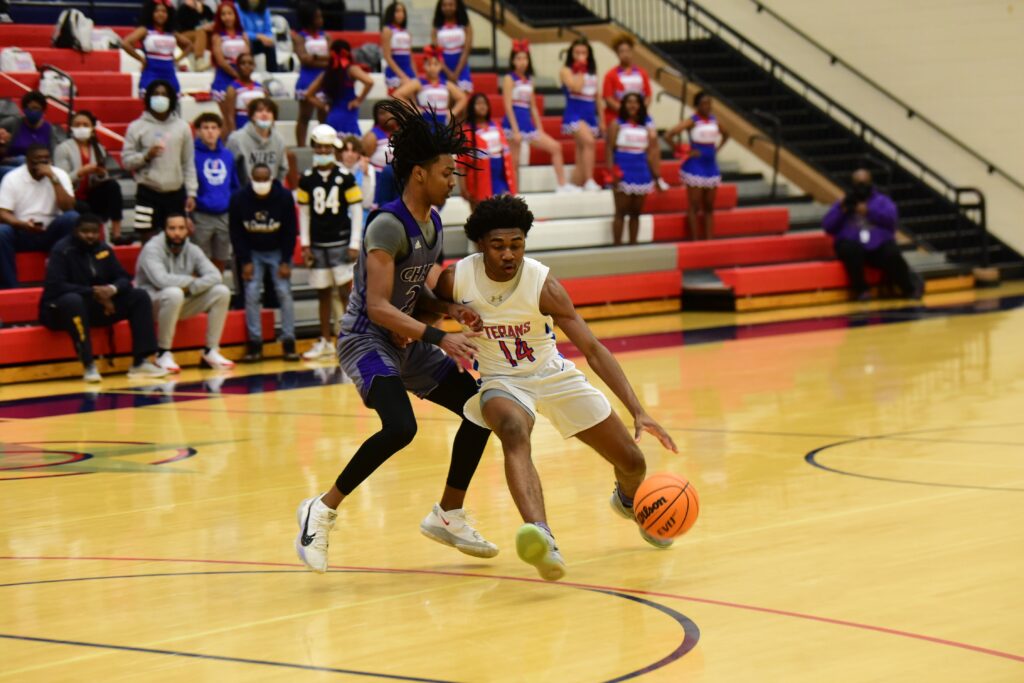 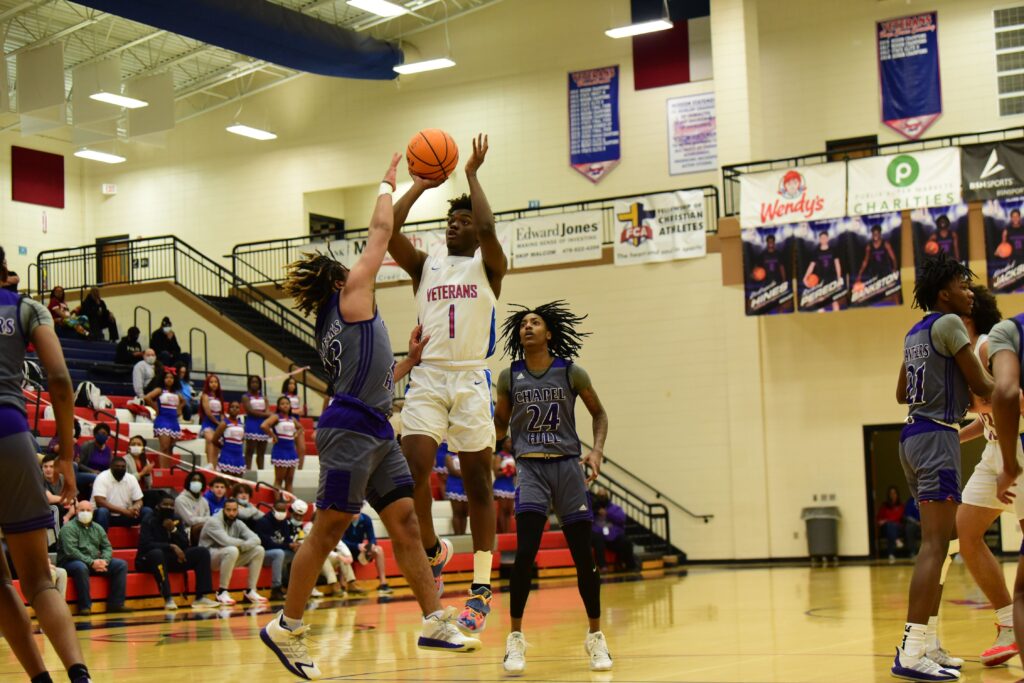 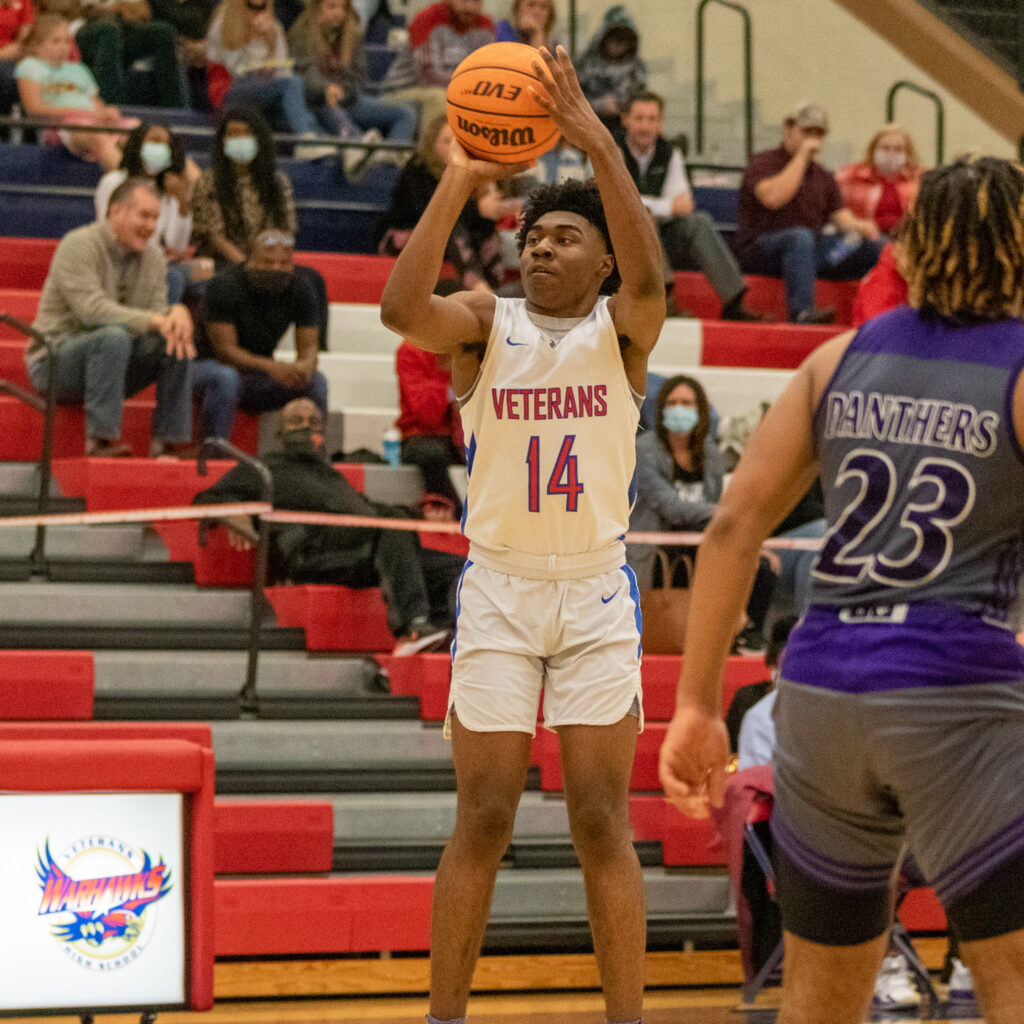 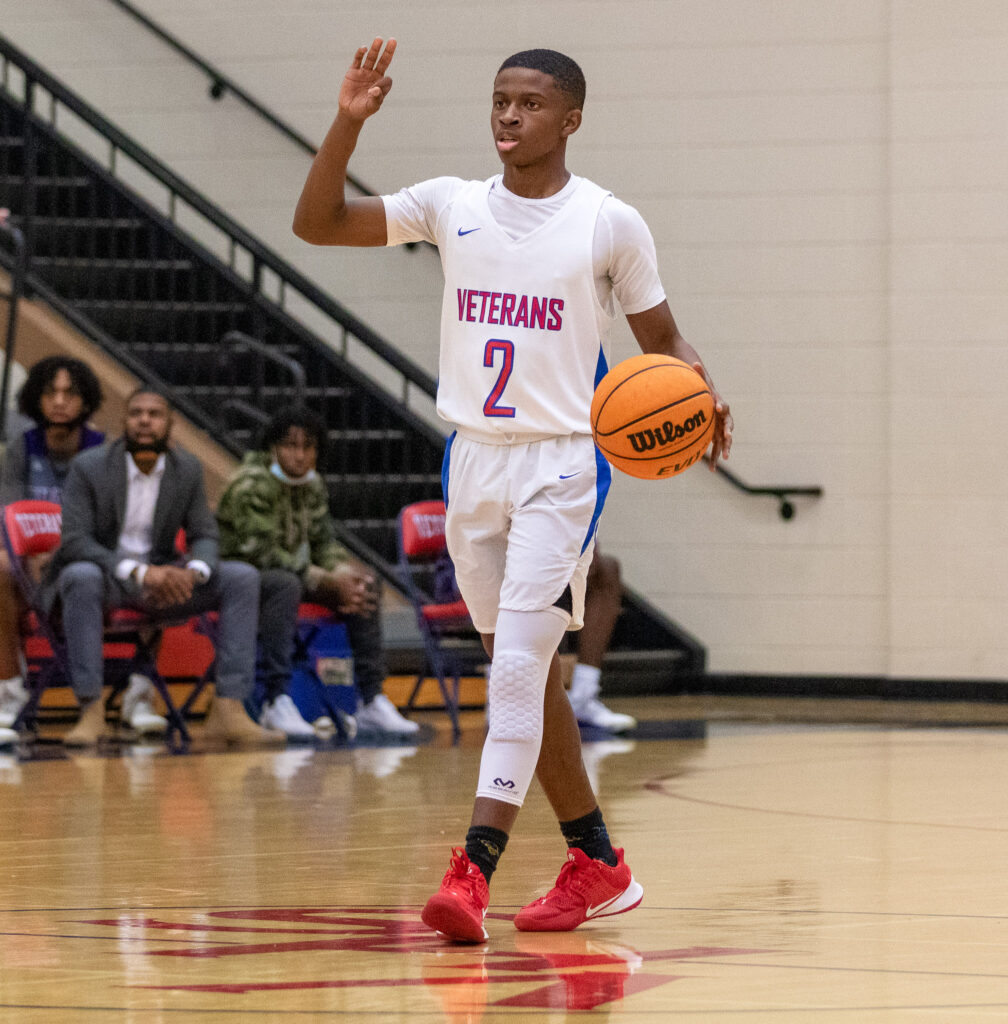 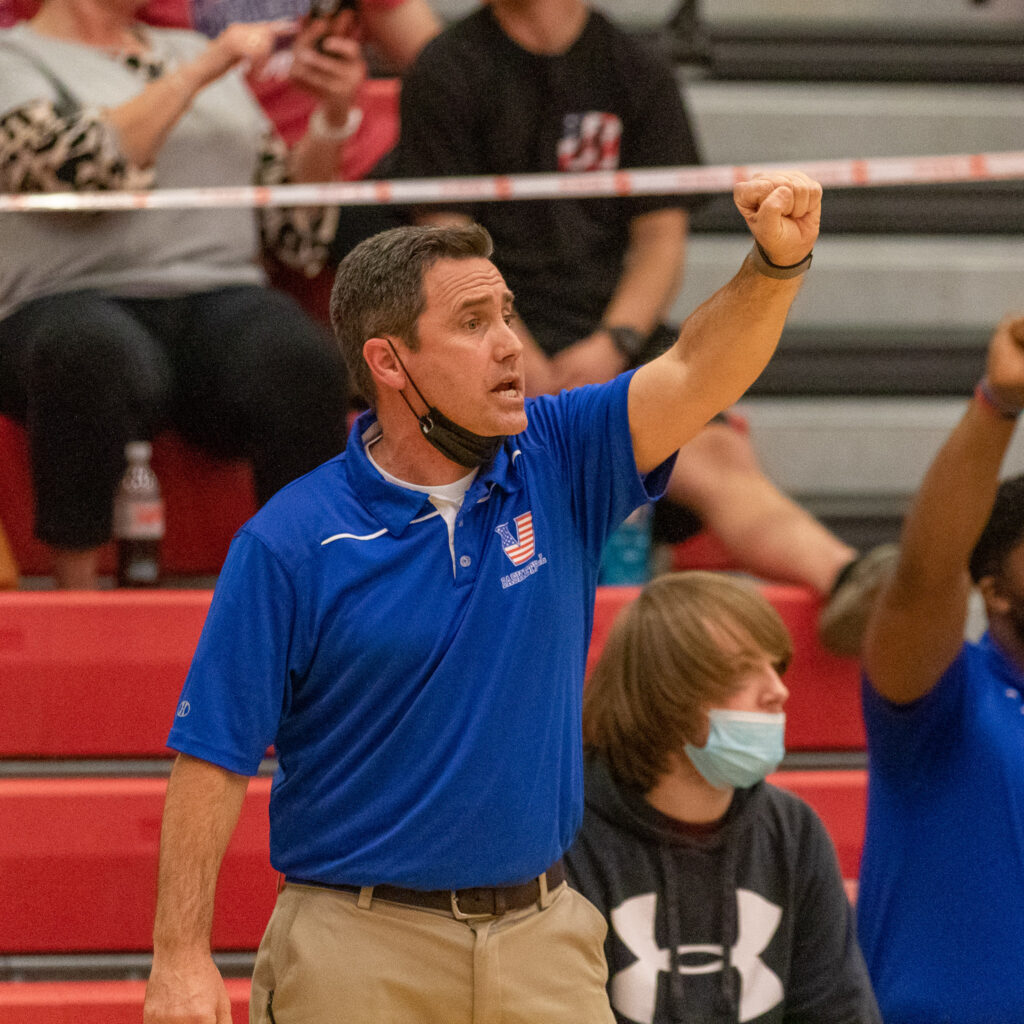 Veterans rolls past Woodward Academy, into Elite Eight
Baseball is here! Who will have a year?