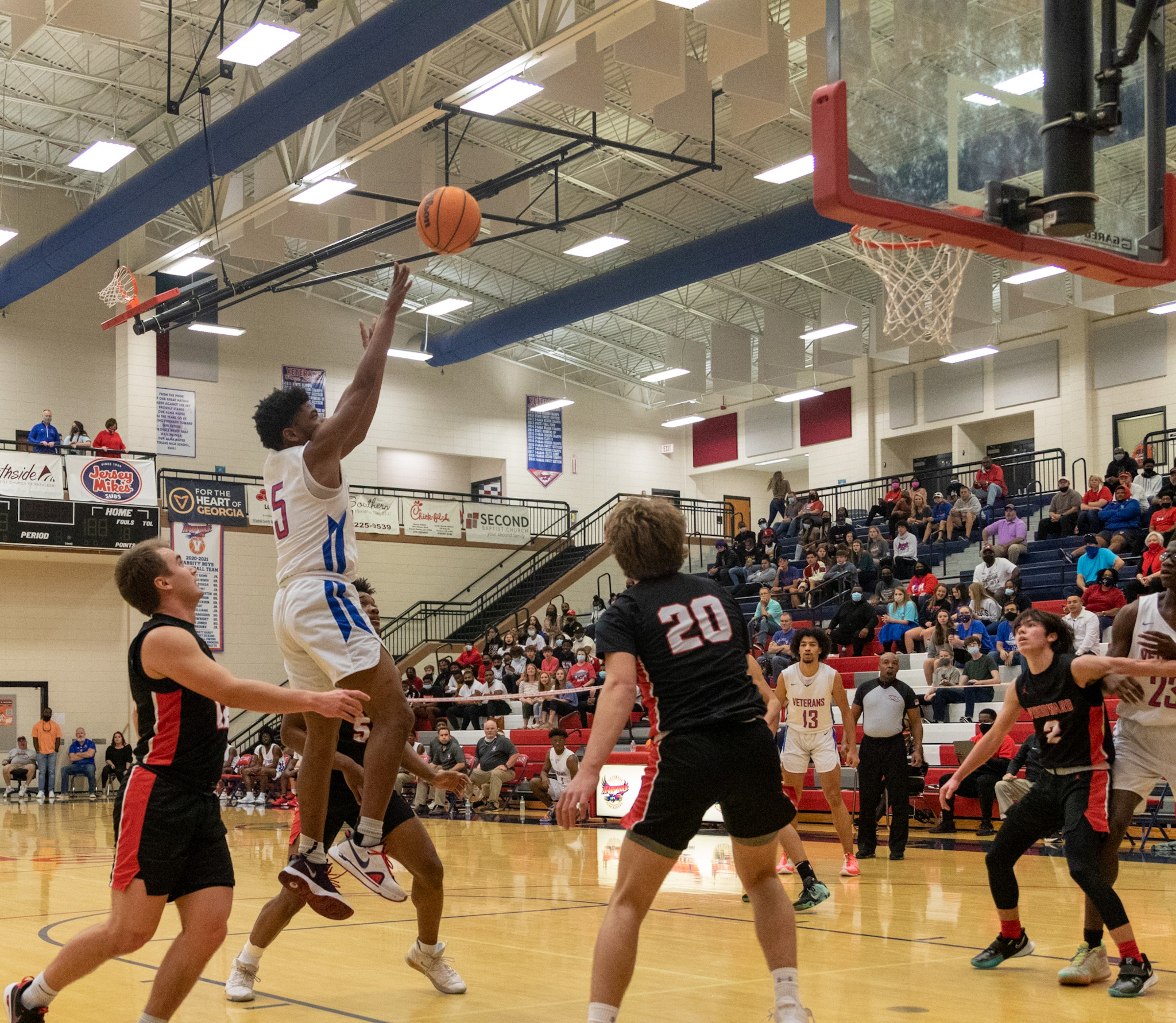 No last-second shot to send the game into overtime. No fourth-quarter rally.

Unlike Veterans’ last two games, an overtime win to seemingly steal the Region 1-AAAAA championship from Warner Robins and a 10-point swing to beat Union Grove in the first round of the Class AAAAA state championship, the Warhawks left no doubt who the victor would be this time around. Them, not Woodward Academy, their Sweet 16 opponent.

Veterans won 81-63. They led 18-15 after one. DeAngelo Hines accounted for seven of those points – a 3-pointer and two goals from the floor. D.J. Wright and T.J. Grant each also hit a pair of free throws – Grant also had a basket en route to 15 points – and Tajh Williams hit a trey and a basket. More on him in the fourth. 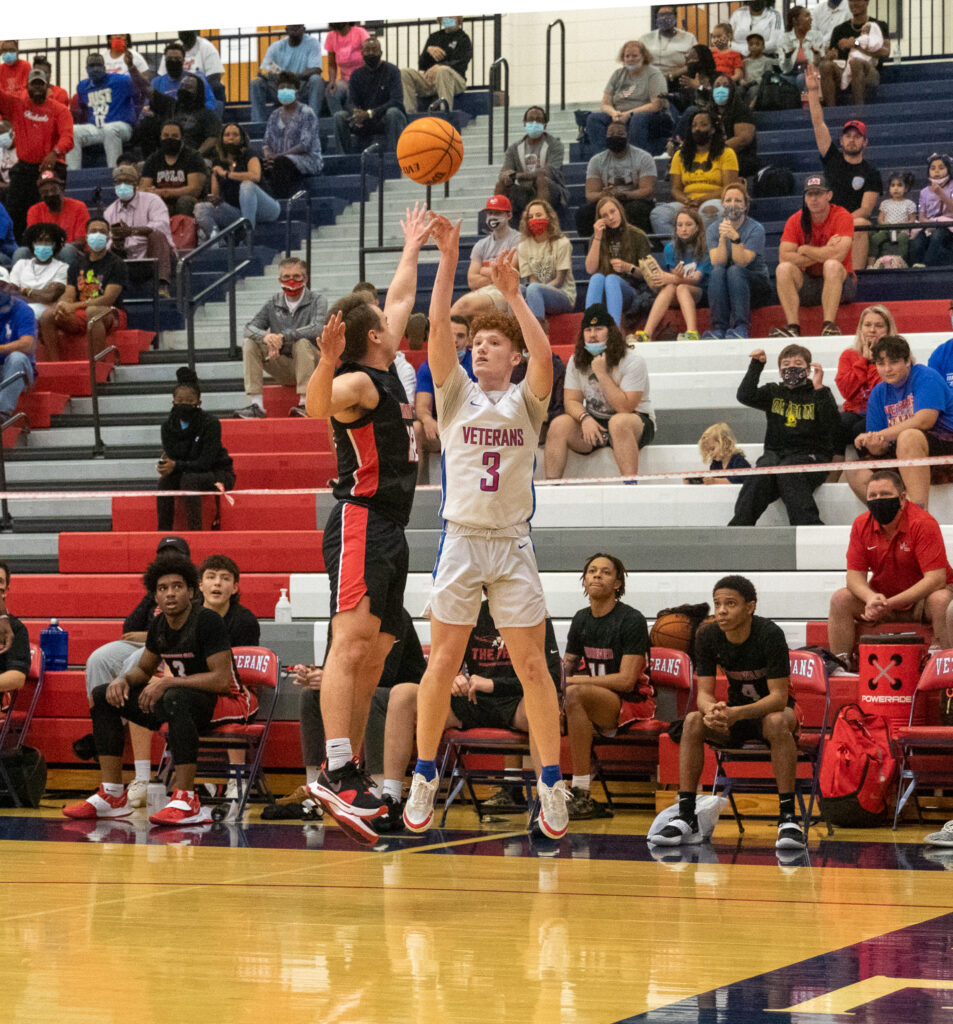 The Warhawks outscored the War Eagles 23-14 in the second to go into the half up 41-29. Khalil Johnson had six of his eight during that period. Grant connected for three buckets, Jeremy Sams added two of his four points, Jacquori Bankston netted all five of his points – a 3- and 2-pointer – and Ryland Pereda chipped in for one-of-three from the line. 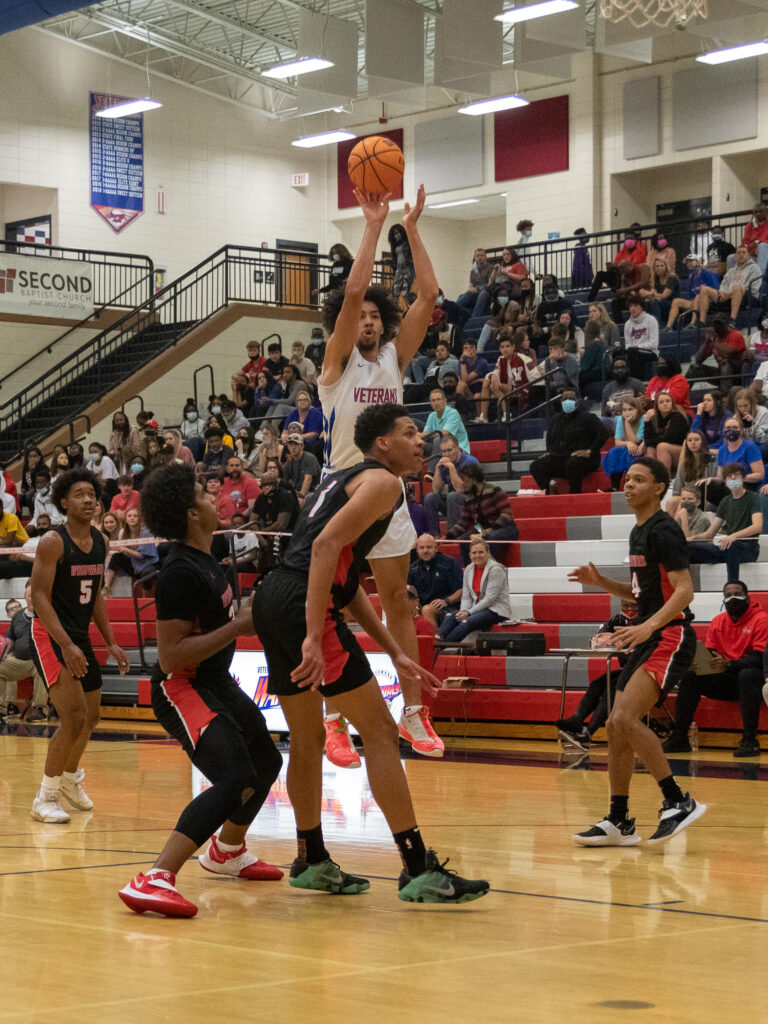 Hines went scoreless but got back in for two treys in the third. The Warhawks won that quarter 20-14 and were up 63-42. Sams connected again for one basket. Pereda hit again to bring his total for the night to four. Johnson did likewise – hit his final bucket to contribute eight points. Grant had trey as did Williams.

Woodward actually edged Veterans in the fourth, 21-20. There was a caveat to that, however, as after Aaron Jones hit his only basket, Williams then accounted for the next eight – two treys and a medium-range jump shot. He had two more 3-pointers and another basket before the quarter was over and finish with 24 points.

On the caveat: Eight of the War Eagles’ points came in the final two minutes. They were down 81-55 before that.

The loss ended Woodward Academy’s year at 17-7. Veterans on the other hand improved to 23-0 and will move on to the Elite Eight where they will face off against Chapel Hill. The Panthers are actually a No. 4 seed, which upset Region 7, No. 1 seed Calhoun 56-36 before beating Region 5, No. 2 seed Lithonia 60-53.

The game, according to the GHSA bracket, will be Tuesday or Wednesday. 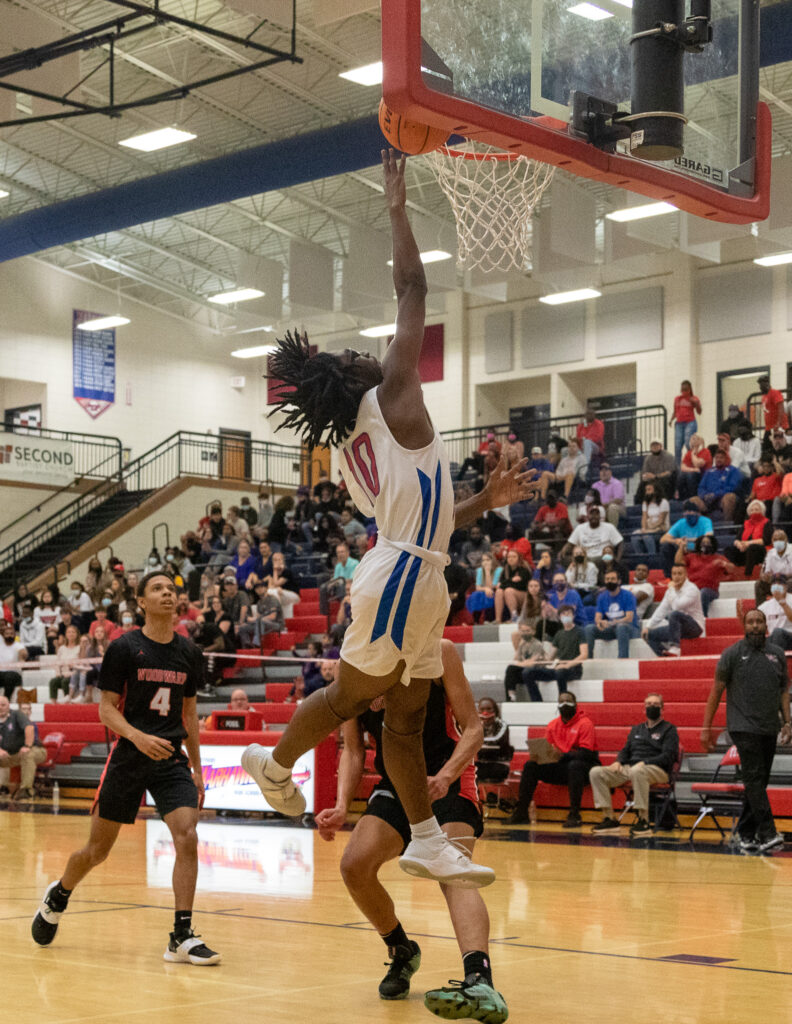