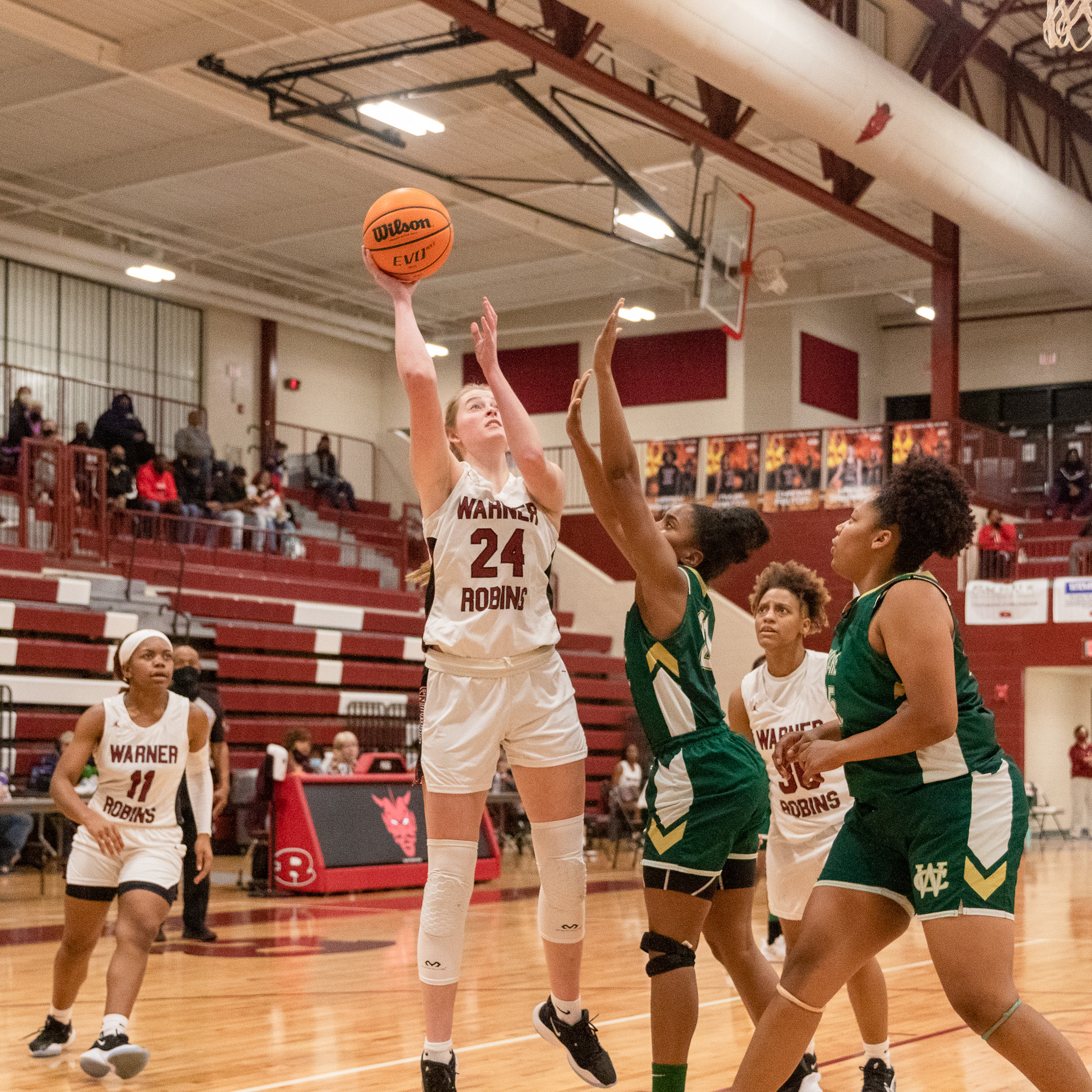 Warner Robins’ girls got off to a slow start, but finished strong to beat Ware County 62-33, Wednesday at home.

The Demonettes will now host Coffee for the Region 1-AAAAA championship, Friday at 7 p.m. at Warner Robins. The Lady Trojans beat Wayne County 46-25, at Warner Robins, for their spot.

Against the Lady Gators – a team Warner Robins beat twice during the regular season – it took nearly two minutes for either team to score. In fact, about midway through it was only 4-4.

The Demonettes, with a 3-pointer from Tasia Agee and a short jumper from Chaniya Felton managed to make it 9-4 before Ware hit a basket near the buzzer to put it at 9-6. The Lady Gators made it 9-8 to start the second. It was 11-all about three minutes in, which was about where Warner Robins began to get on track; aka the girls’ shots began to go in. (That appeared to be the only thing missing, as the defense was doing its part.) They went on a 9-2 run to go up 20-13. They led 24-18 at the break.

They then went on to outscore Ware 21-3 in the third to basically put the game on ice. After three, Warner Robins was up 45-21. It outscored the Lady Gators 17-12 in the final period, closer because the Demonettes were also able to get some bench players some good game time. 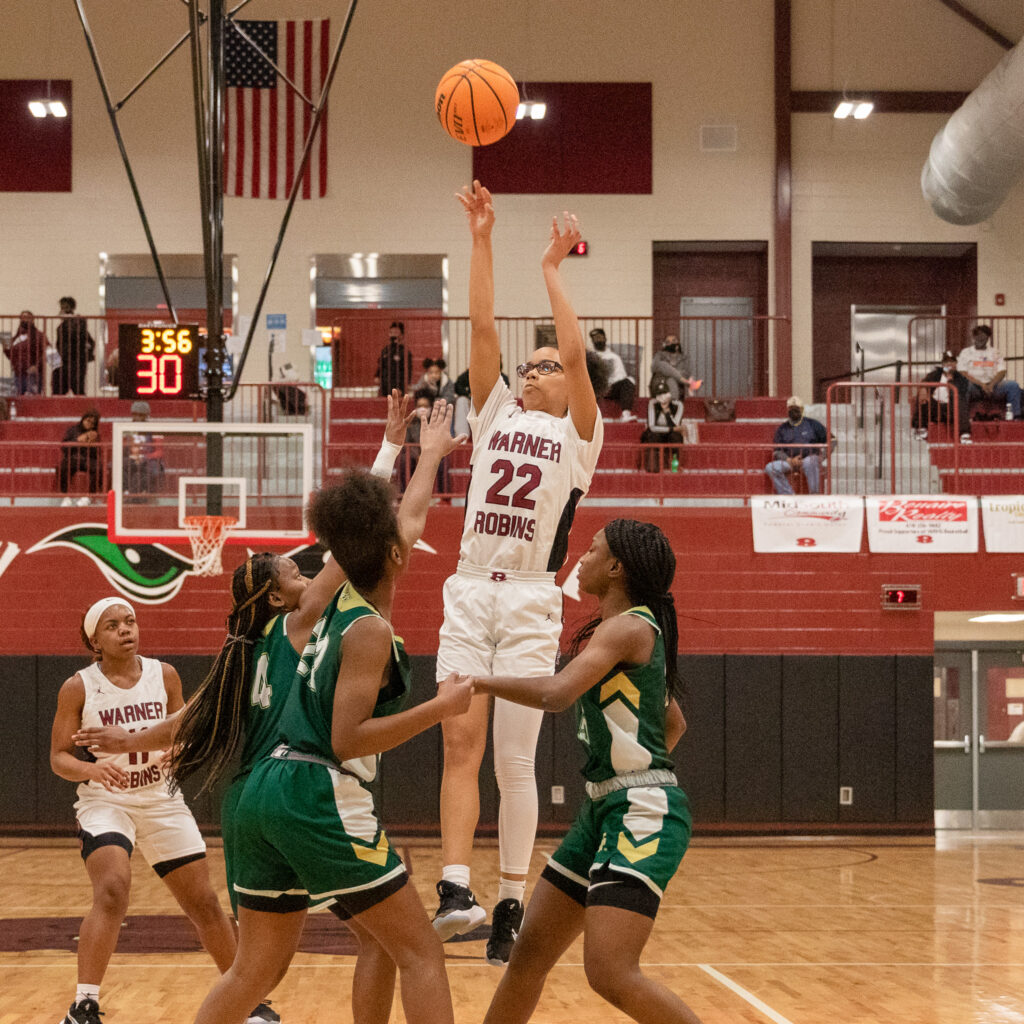