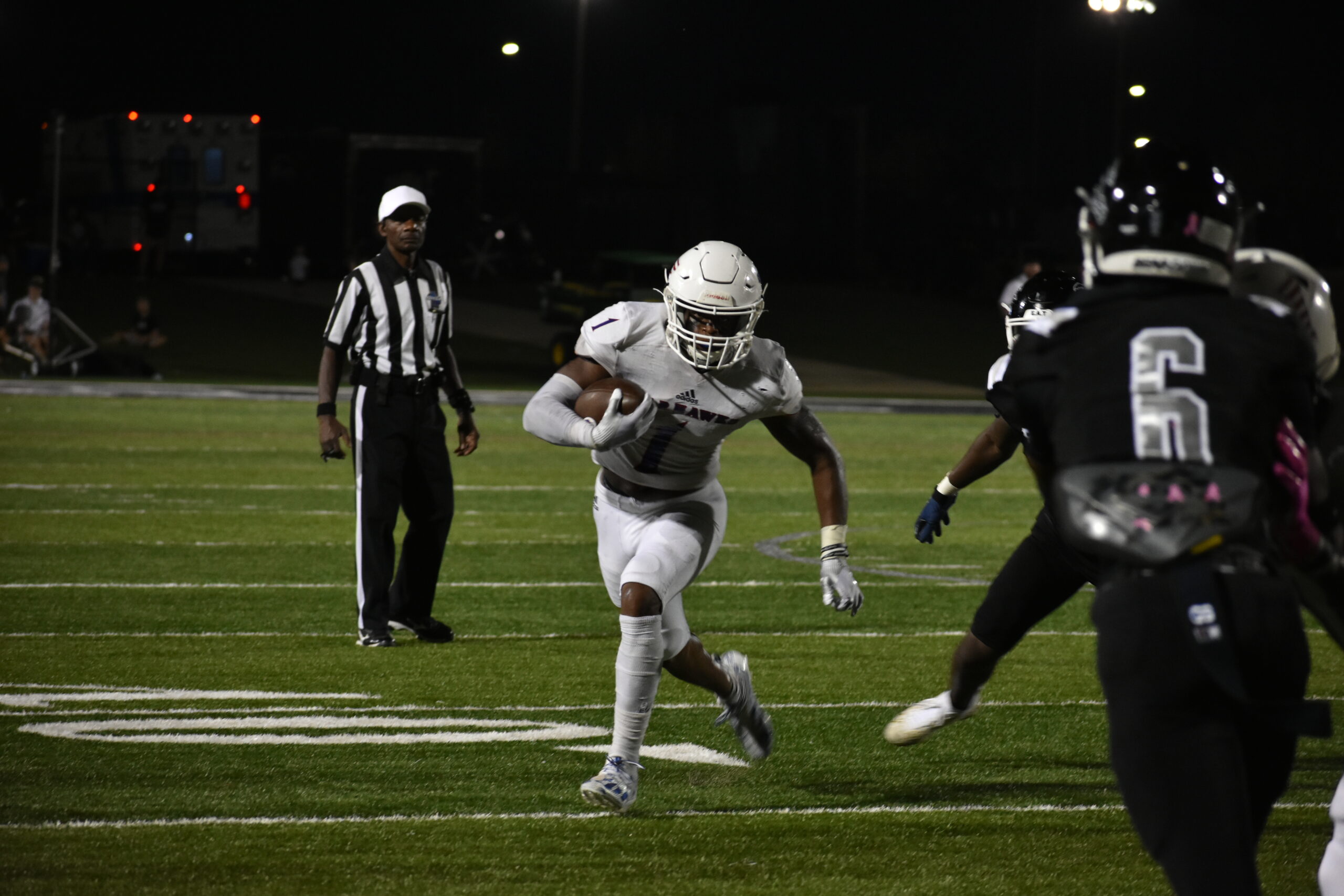 It wasn’t pretty, but you should have seen the other guy. That is: Houston County turned the ball over three times Friday in its Homecoming. The “other guy”, Veterans, turned it over six. Consequently, the Bears were able to come away with the win, 35-21.

The first of those Warhawk interceptions – the first of two hauled in by Bryce Parrish – gave Houston County the ball on Veterans’ 9. Three plays – three runs by Simeon Askew, put the Bears on the board. Askew, by the way, came in as the leading rusher in the state (1,177) yards. He had also rushed for more than 200 yards in each of Houston County’s previous three games (four in all). No doubt, the workhorse once again, he left still leading in rushing and once added to his string of 200-plus games.

Veterans punted on its second possession. That led to a missed field goal by the Bears, but the first of two fumbles, gave it back to Houston County and set up Antwann Hill’s 31-yard touchdown pass to Khalil Quinn. That made it 14-0, which is where it stood after one. 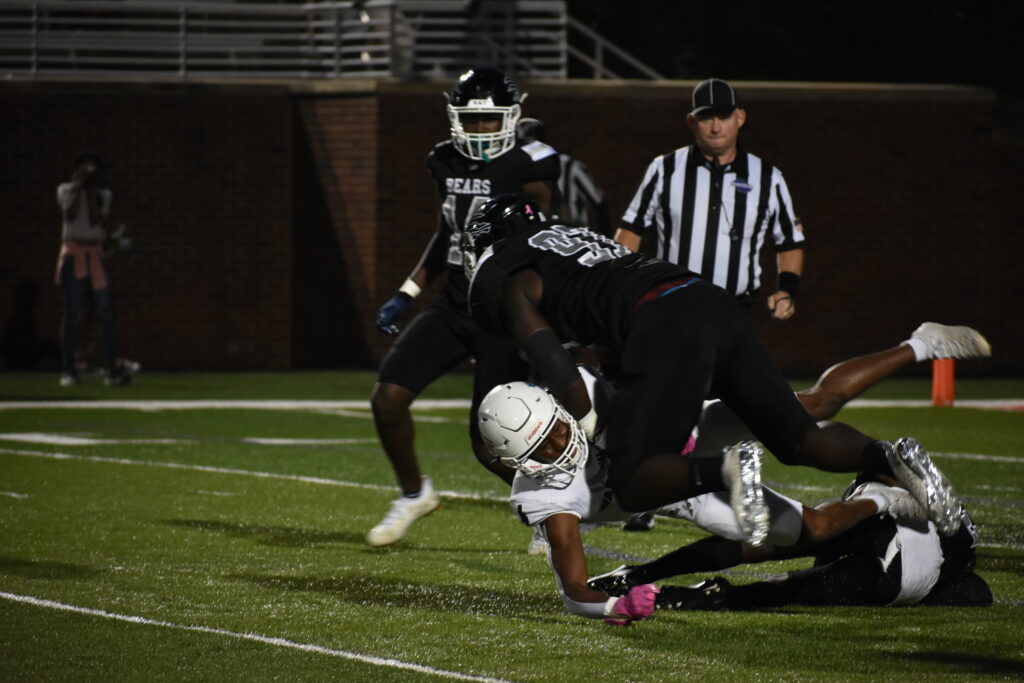 The Warhawks then put together a nine-play, 64-yard drive and scored on Matthew Bruce’s 35-yard pass to Preston Byrd.

Houston County fumbled on its next possession. Veterans threw another interception. The Bears did likewise. That enabled the Warhawks to tie the game at 14. That came via a Bruce 30-yard pass to Demare Franklin.

Houston County answered with a five-play, 55-yard drive and a 38-yard score by Kale Woodburn. Following another Veterans pick, Askew ran 76 yards for another score. That made it 28-14.

The Warhawks missed a 40-yard field goal try with less than a minute left to leave it at that. 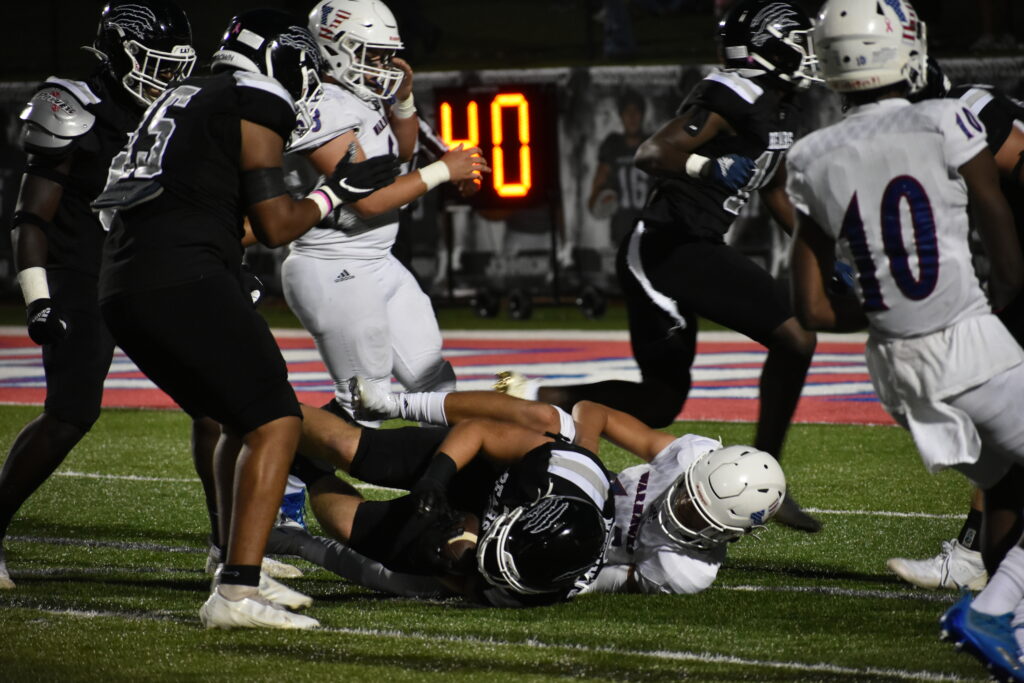 The third … Well, see: “wasn’t pretty”, as it featured a fumble by each and a punt by each. Finally, Veterans got to within a score with about four minutes gone in the fourth. It was on a five-play, 52-yard drive, that was capped off with a 21-yard pass from Bruce to Franklin.

Both punted before the Warhawks threw their final pick. It resulted in a 42-yard touchdown run by Askew, and with less than a minute to play, the final 35-21 result. 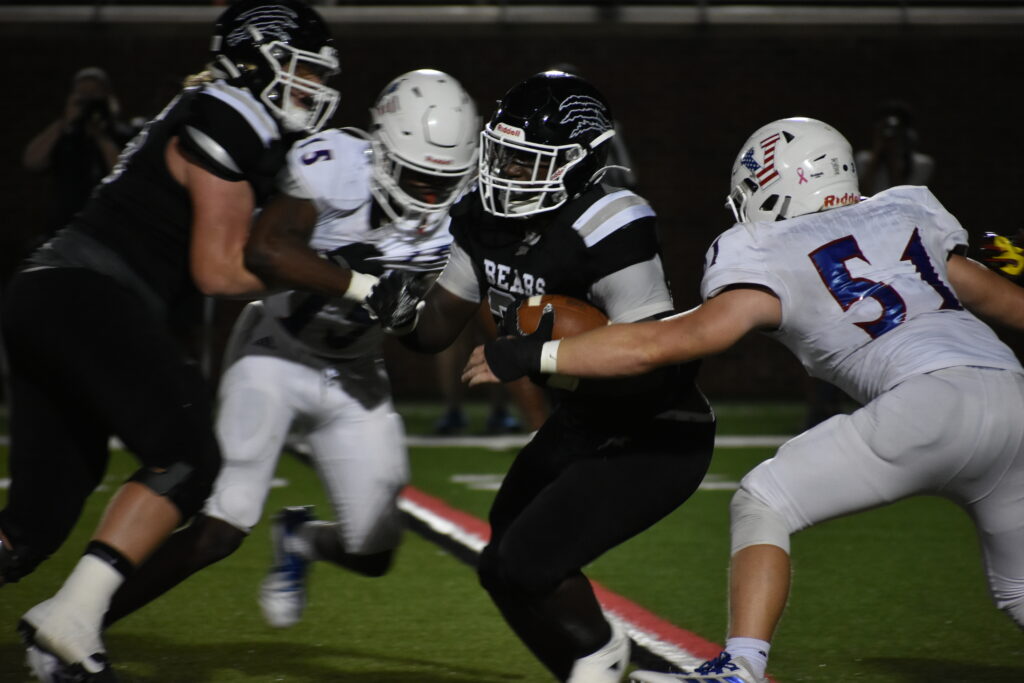 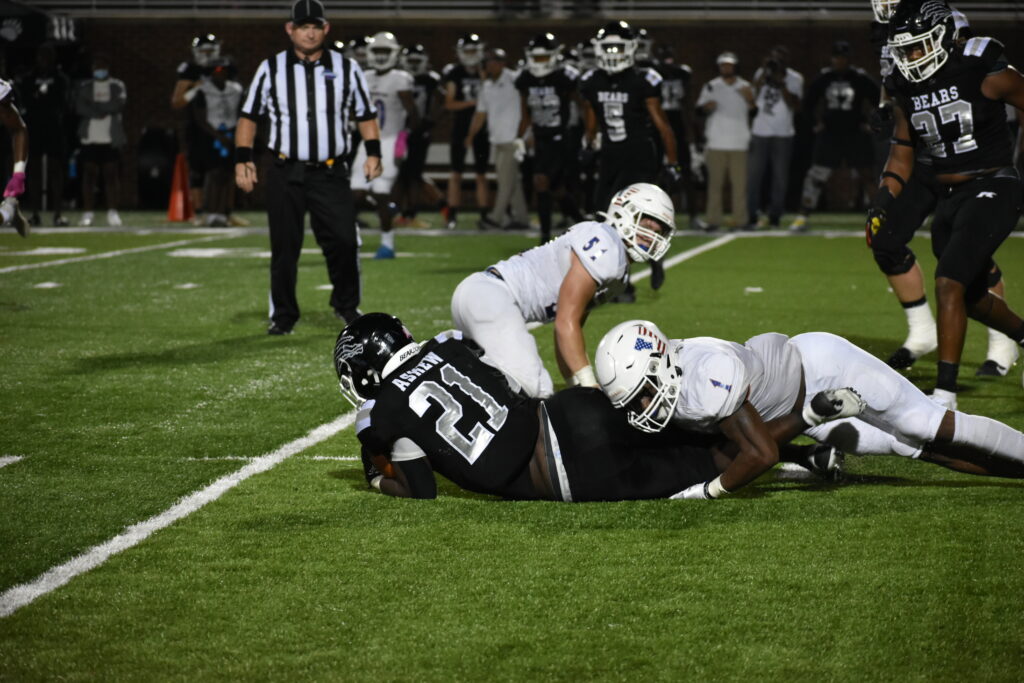