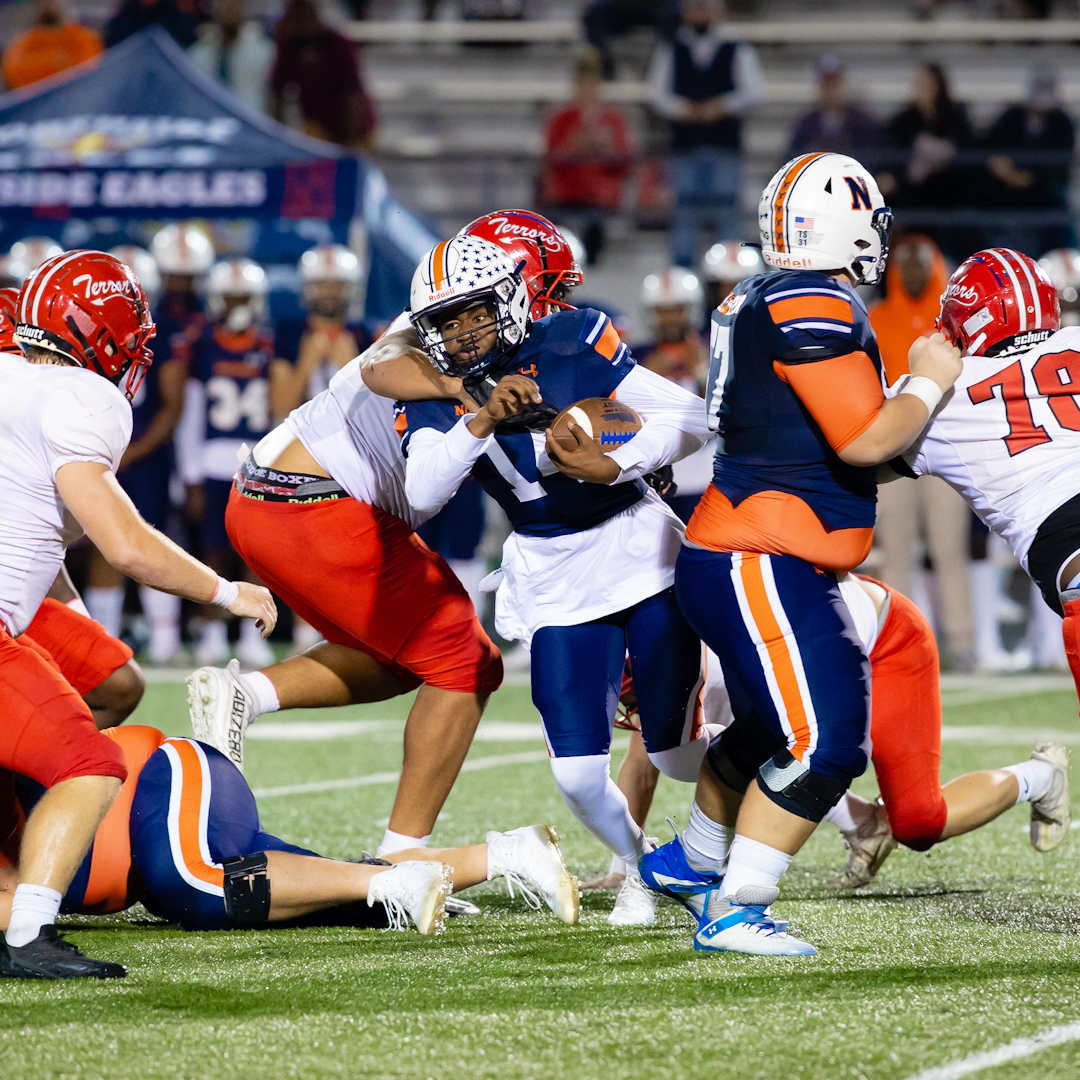 Glynn Academy proved to be a determined lot.

Combined they made for a tense, highly-contested contest on both sides of the ball where pretty much every mistake was glaring – like two Red Terrors missed field goals – and costly.

In the end it turned out to be an Eagles goal-line stand on one possession and a Nick Lender interception on another that kept Glynn Academy from snatching away victory in the final minutes. Northside pulled it out 18-13. It will travel and play Marist (9-2), which beat Morrow 46-8.

The Red Terrors punted to start their game.

The Eagles scored to start theirs. They went 53 yards on four plays and scored on a 32-yard pass from D.J. Hudson to Keron Milton. They also converted the two to make it 8-0. That came with just over a minute left in the quarter.

Glynn Academy punted twice and Northside once – both moved it some but penalties and the wet turf hurt the Eagles, in particular on some bad/mishandled snaps – before the Red Terrors put points on the board. That was on four-plays and a pass from Tyler Devlin to David Prince. They also went for two but were held out.

Both punted before the half. Northside was also intercepted and Glynn Academy turned it over on downs – a nice sack when it got past midfield didn’t hurt.

Each moved the ball some to start the third but each also was forced to punt again. The Eagles made it 15-6 with a nine-play, 80-yard drive. That was answered immediately with a 50-yard touchdown run by Devlin. That came with 8:13 left in the game.

Northside again drove to the visitor’s side of the field after that, but again had to punt. A Ricardo Jones interception came on the heels of that, but a fumble kept the Eagles from adding any insurance to their total. In fact, the turnover gave Glynn Academy the ball on Northside’s 23. Two plays and a flag had it going backward but a pass interference call helped it make up the difference. It finally got it to the 13 before the Eagles stiffened and held. The Red Terrors turned it over on downs. First crisis averted – the goal line stand mentioned earlier.

Glynn Academy held Northside to a three-and-out and forced a punt. The Red Terrors got it back on their own 47 with about two minutes left to play. Their first play resulted in a sack. Their second was Lender’s pick. The Eagles took a knee for three plays to run out the rest of the clock. 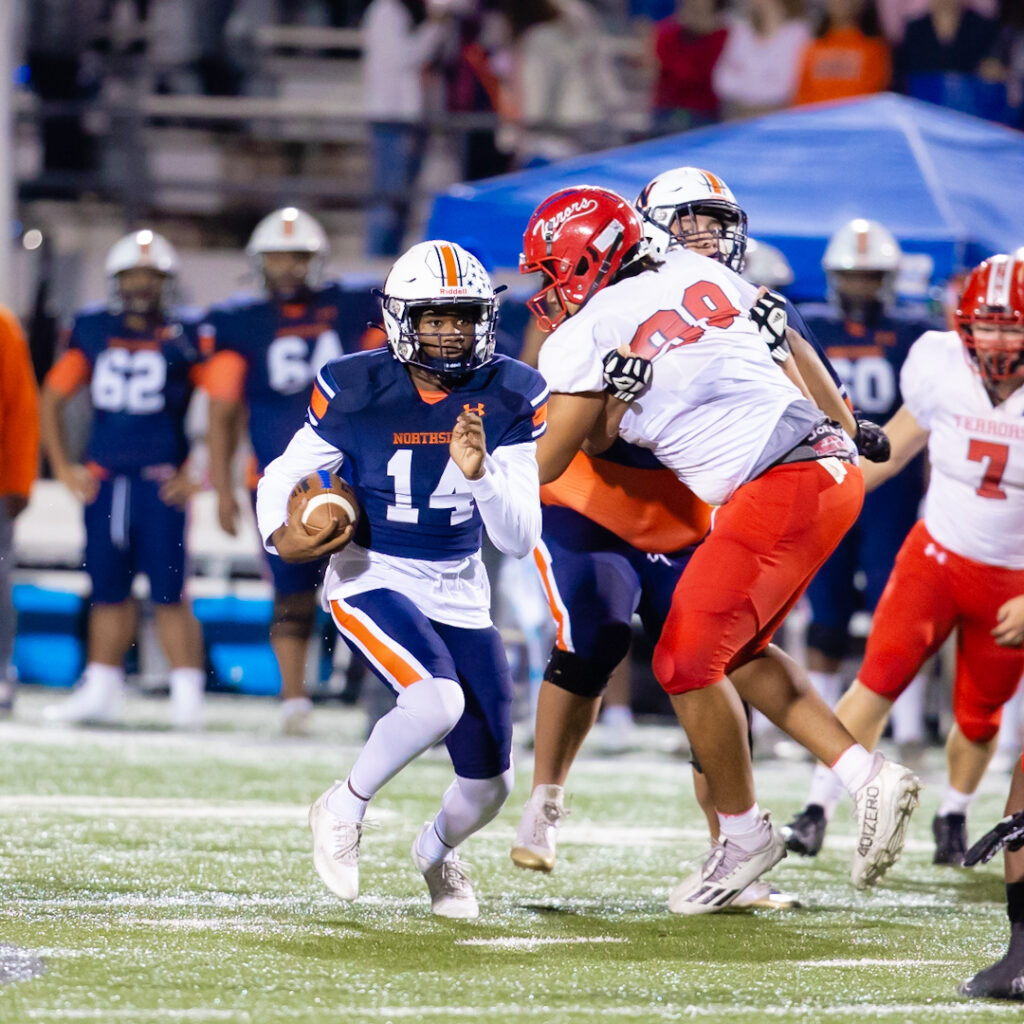 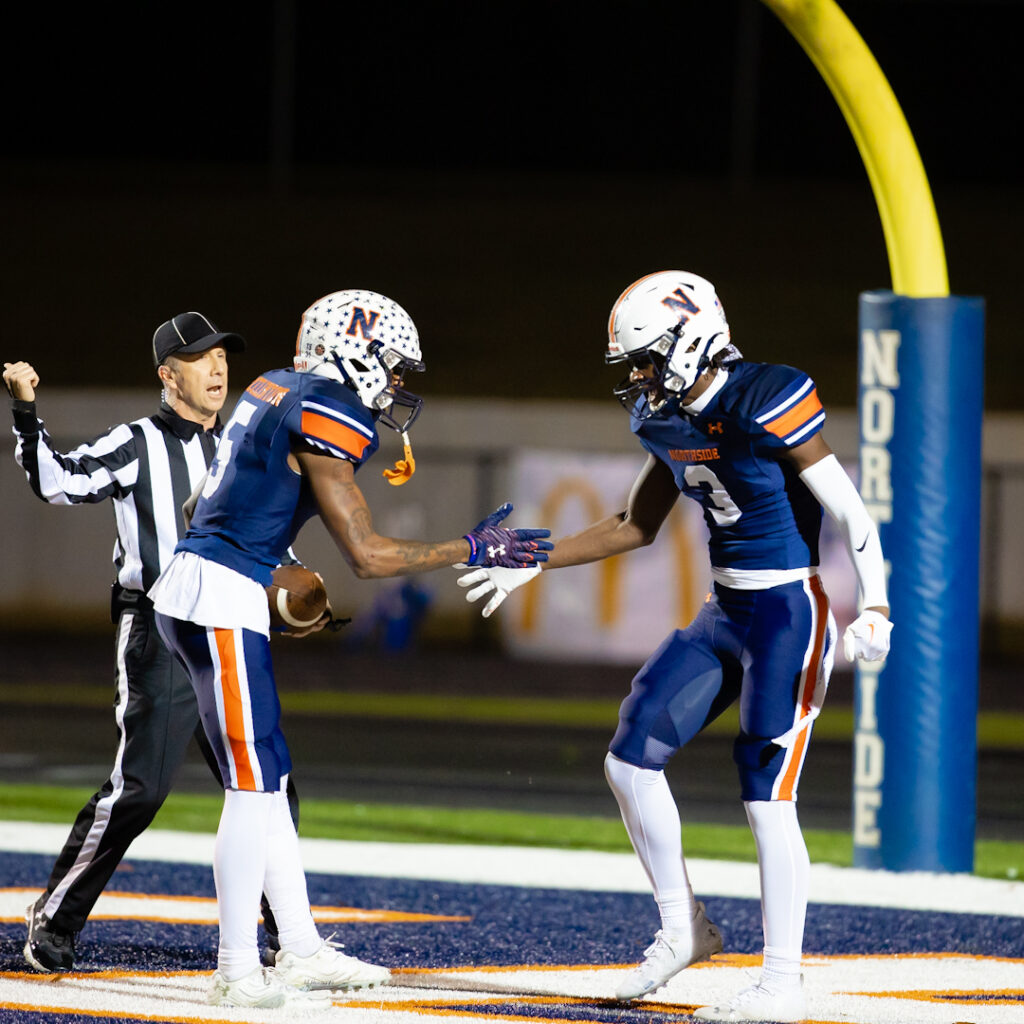 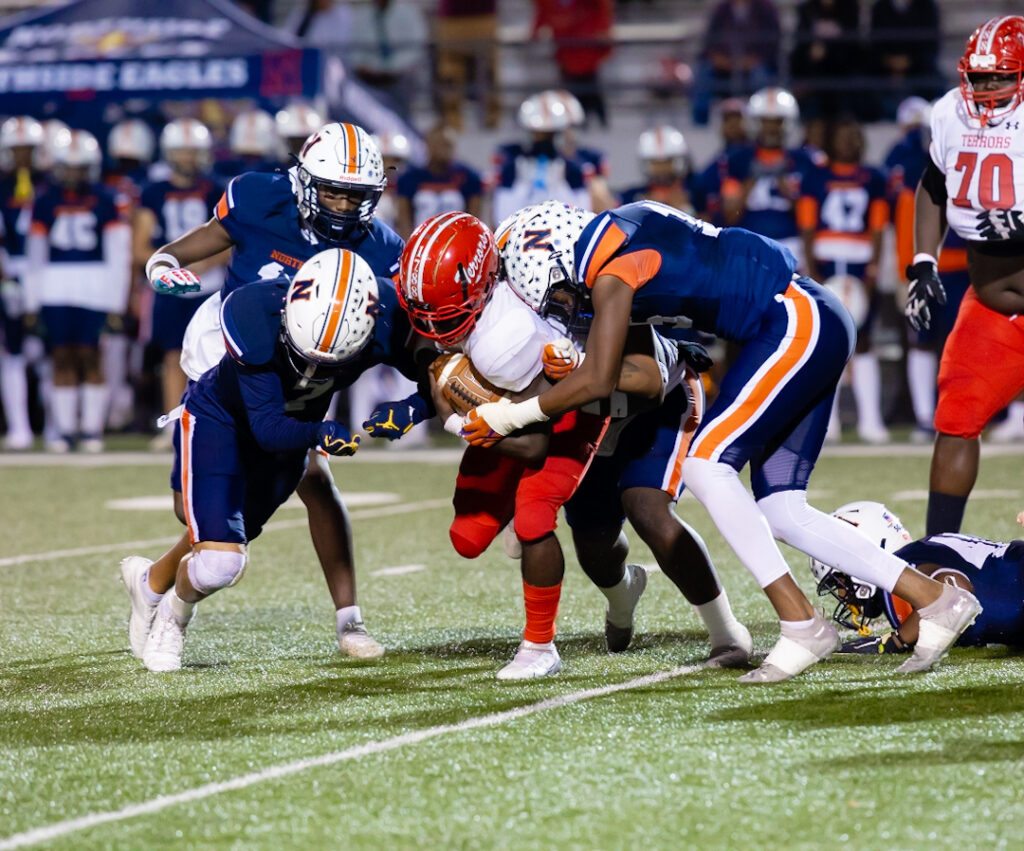 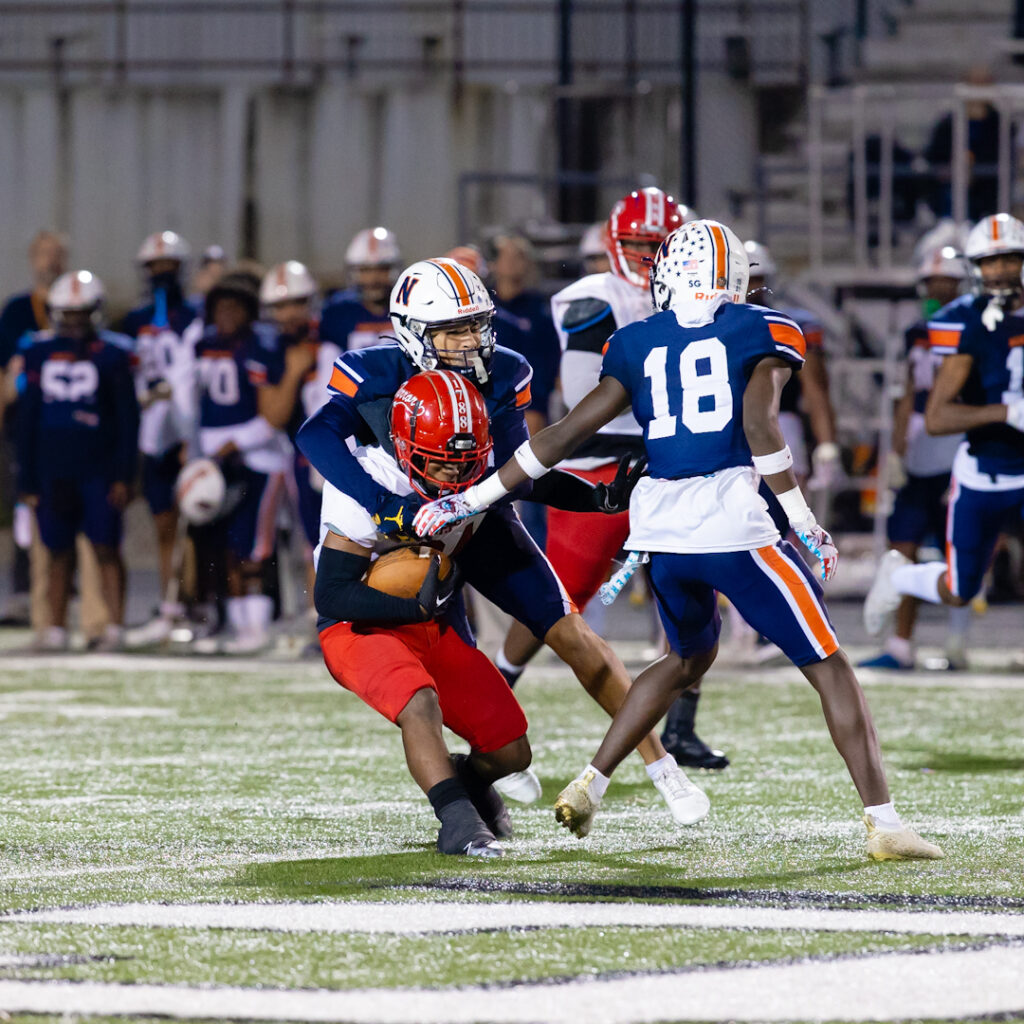