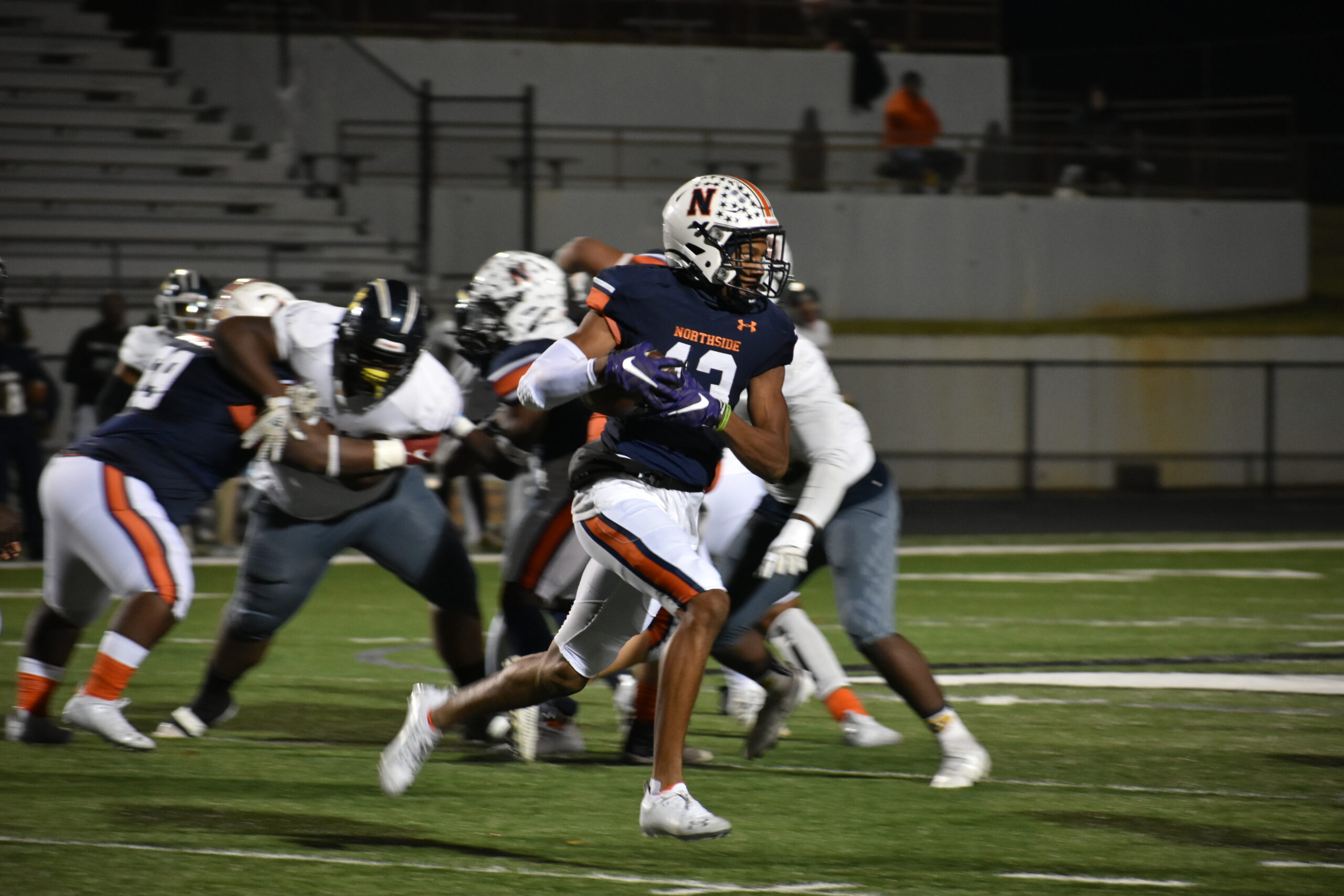 From start to finish it was all-Northside Friday in the GHSA Class AAAAAA Sweet 16 Friday in McConnell-Talbert Stadium. The Eagles rolled 42-13 to improve to 9-3 and get back into the Elite Eight for the first time since 2018. (The Tigers finish 8-4.)

They will have to travel next week to play Langston-Hughes, the No. 1 seed out of Region 4 and a 28-8 win over Shiloh.

Northside scored twice in the first quarter and three times in the second. Douglas County scored just before the half to make it 35-7. Both added their final score in the fourth.

Cameran Brown accounted for three of the Eagles’ scores. He rushed for 104 yards on 10 carries. He also passed for 169 on eight-of-10 attempts. Damien Dee and Jaylen Allen each scored one. Dee rushed for 32 yards on eight carries and was 2-2 for -8 passing. Allen carried it five times for 16. He got the Eagles on the board first with a nine-yard run. That came on Northside’s opening drive. It went 67 yards on six plays. Ashton Paredes, as he did throughout, made the point after.

Brown scored on a one-yard run following that. It was the finish to an 11-play, 84-yard drive. Brown, with the Tigers punting in between all of these, scored on a 30-yard run. Following Ricardo Jones’ interception, Centavious Lowe scored on a 31-yard pass from Brown.

An interception by Lowe helped set up Northside’s sixth score, a five-yard run by Brown. 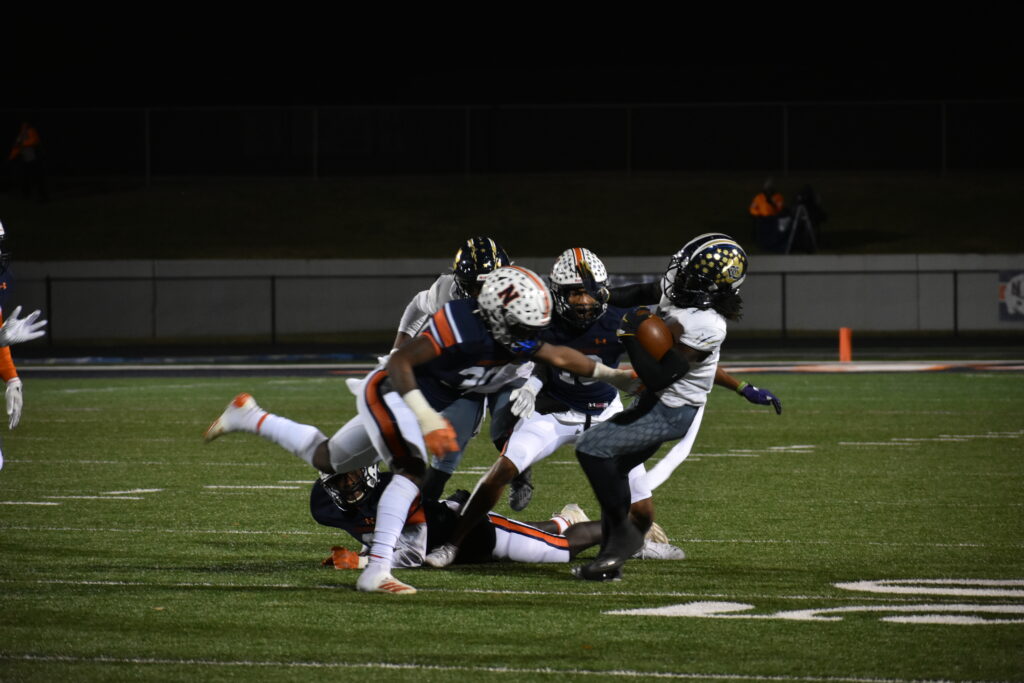 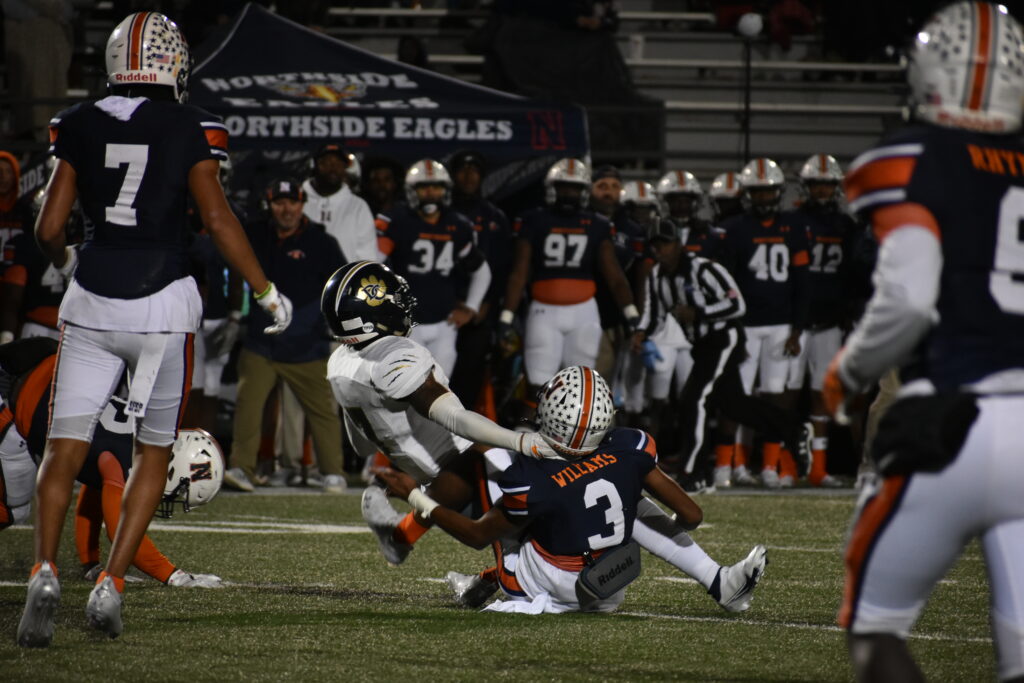