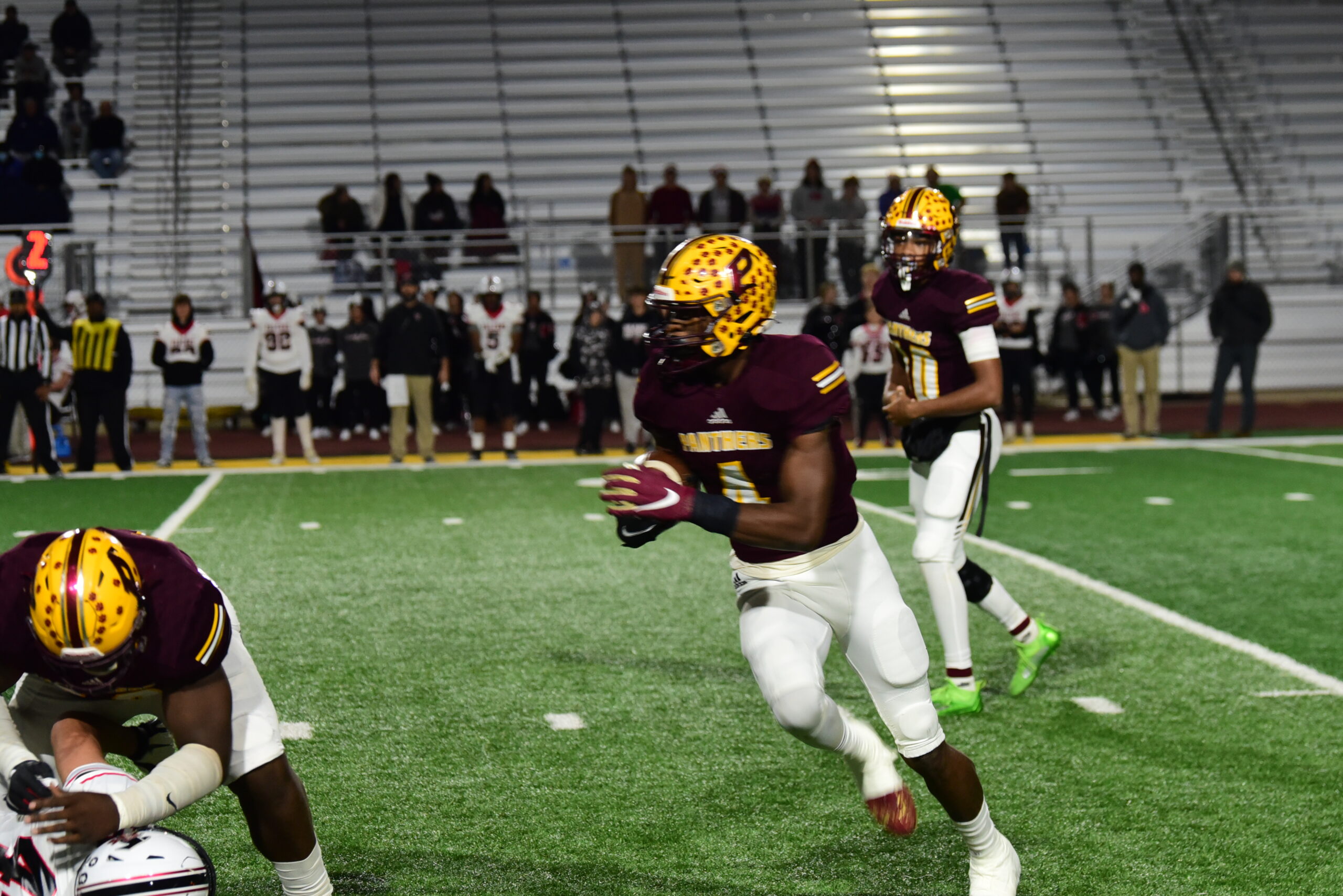 The ever-explosive Daequan Wright caught one pass for a touchdown, ran one in for a touchdown and threw a pass for another touchdown. That was all just in the first half. It helped Perry get out to a 21-0 lead. The rest of the offense took its turn. The defense stood strong once more – two Pick 6’s for example – and the Panthers rolled past Flowery Branch 42-7 Friday in Herb St. John Stadium. 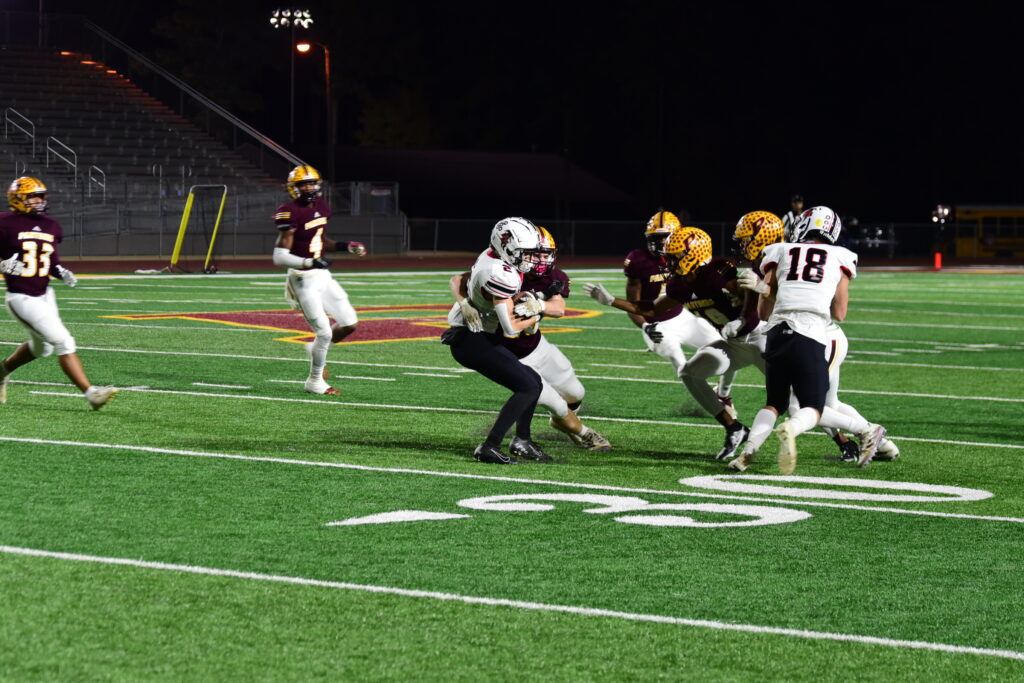 Wright’s first score was on a 59-yard pass from quarterback Armar Gordon. It came after two Falcons punts and a Panther interception to start the game. It took Perry only two plays to get it in. A fumble following gave the Panthers the ball on the 5. Wright ran it in from there. Caden Camp hit both points after – his first five before giving way to Carter Horton who was one-for-one – to make it 14-0 with just over three minutes left in the first.

Both punted before the Falcons put together a drive. It stalled. They lined up for a field goal but it was blocked.

On the first play from scrimmage after taking over, Wright threw an 85-yard pass to Dakarai Anderson.

Flowery Branch again moved it with some success but eventually turned it over on downs. Perry took over on the 40, ran five plays and scored on a pass from Gordon to Anderson.

The Falcons again drove, got it inside the Panthers’ 30 with about 17 seconds left then threw a Pick 6. Traveon Wright caught it and raced 60-plus yards to paydirt as the clock ran out. That made it 35-0. 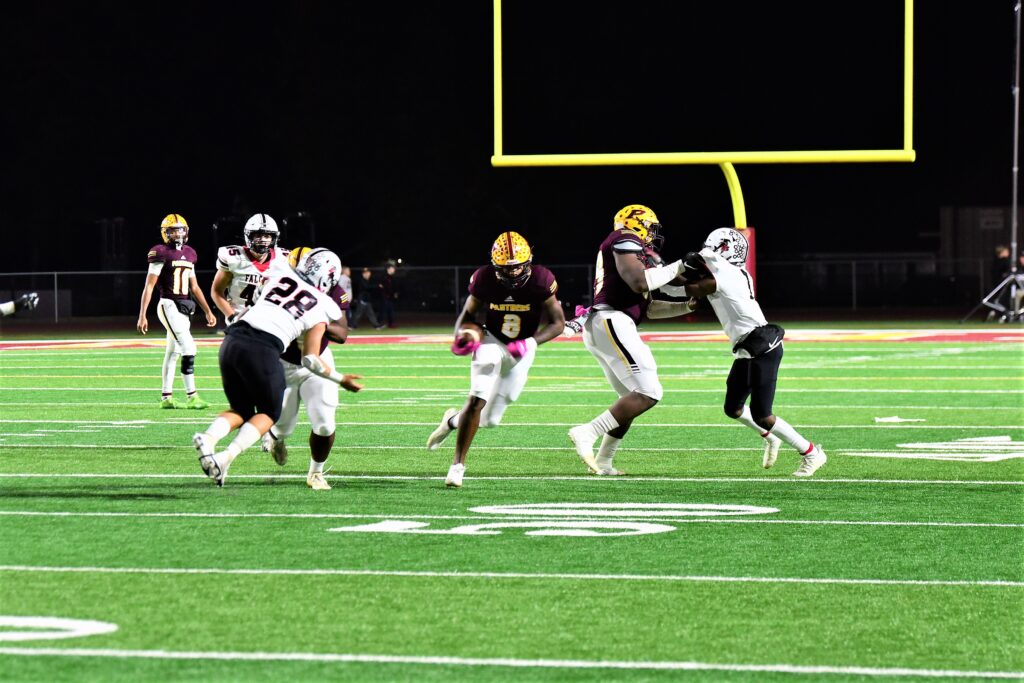 Both punted and the Falcons again turned it over on downs to usher in the fourth quarter. That brought into view a running clock and plenty of subs. A blocked punt helped Flowery Branch score its touchdown. There was just enough time for each to have a possession before the horn sounded.

It marked the second-straight year the Panthers, improving to 11-1 and ending the Falcons’ year at 8-4, have made it to the Elite Eight. They will face off against Cedartown, 48-14 winners over Cairo. 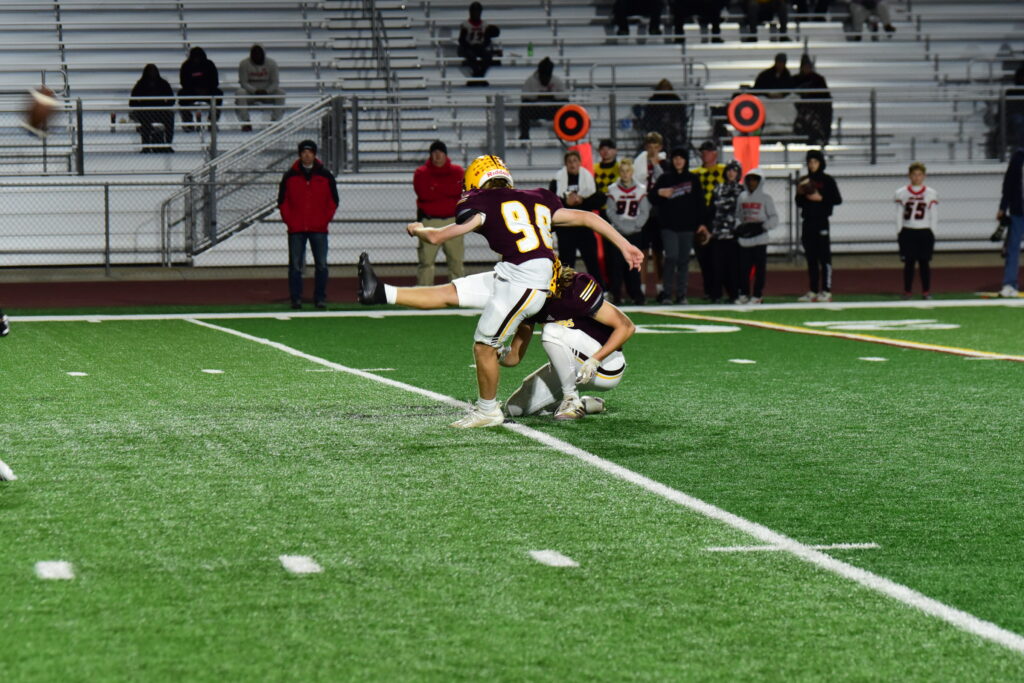 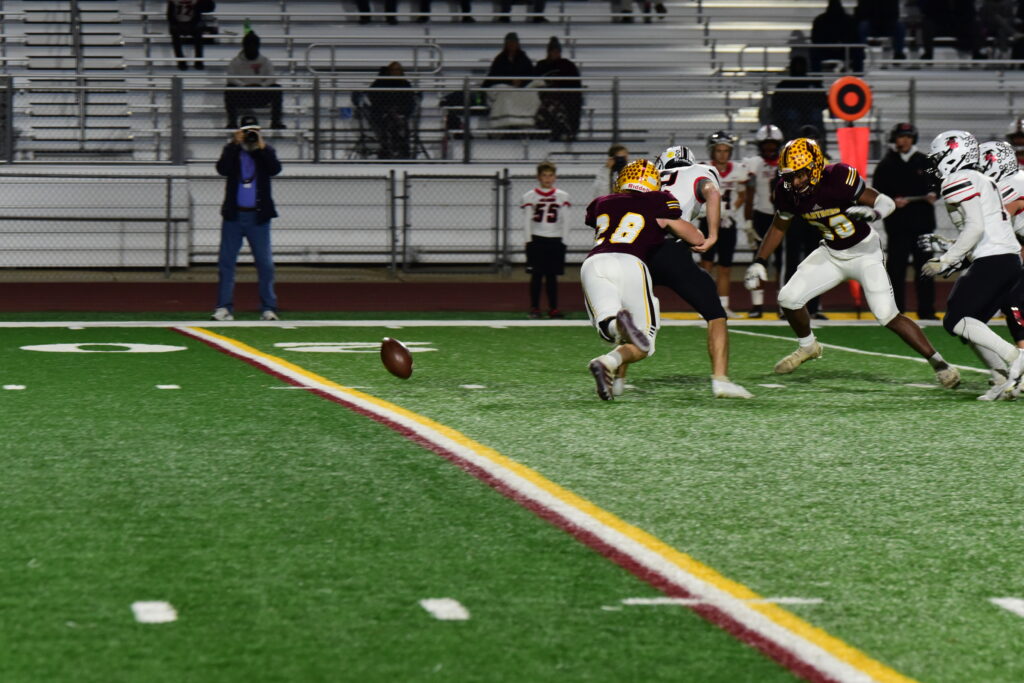 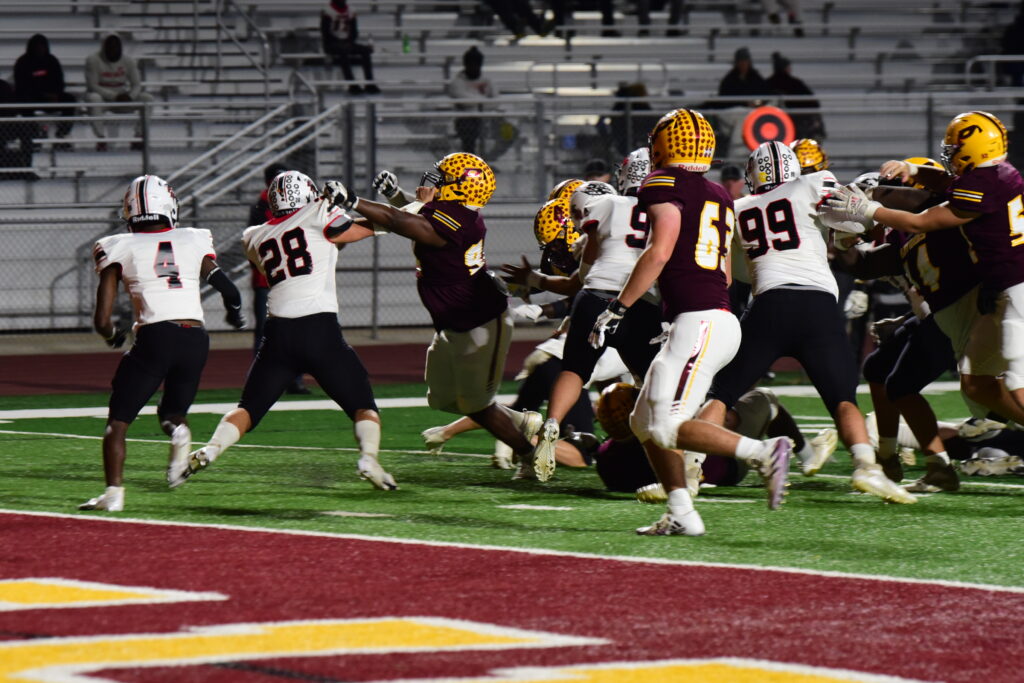 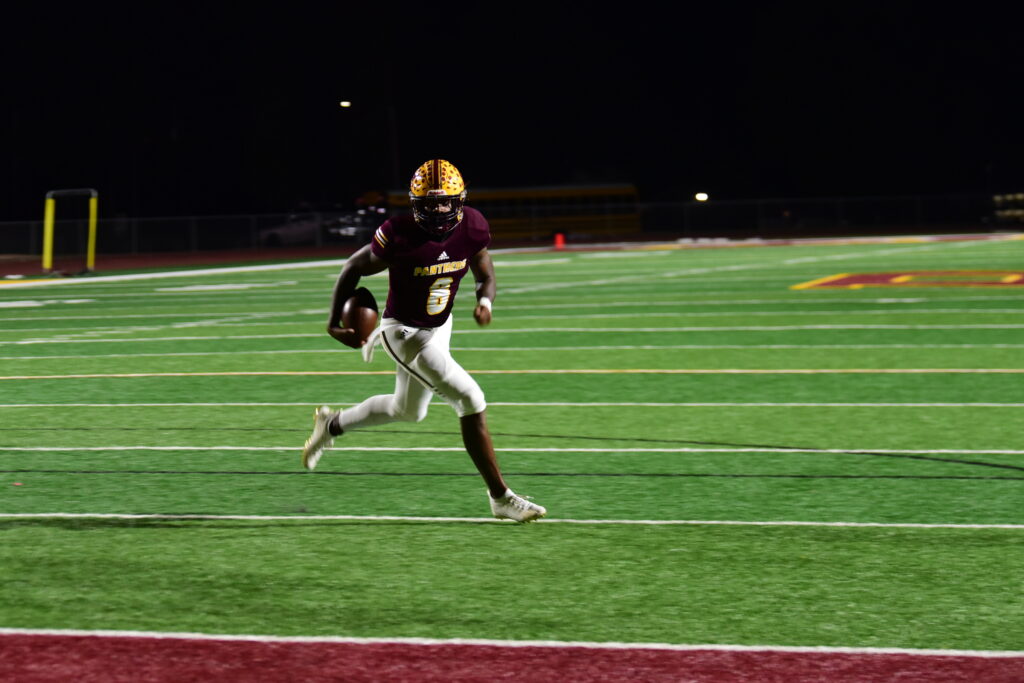