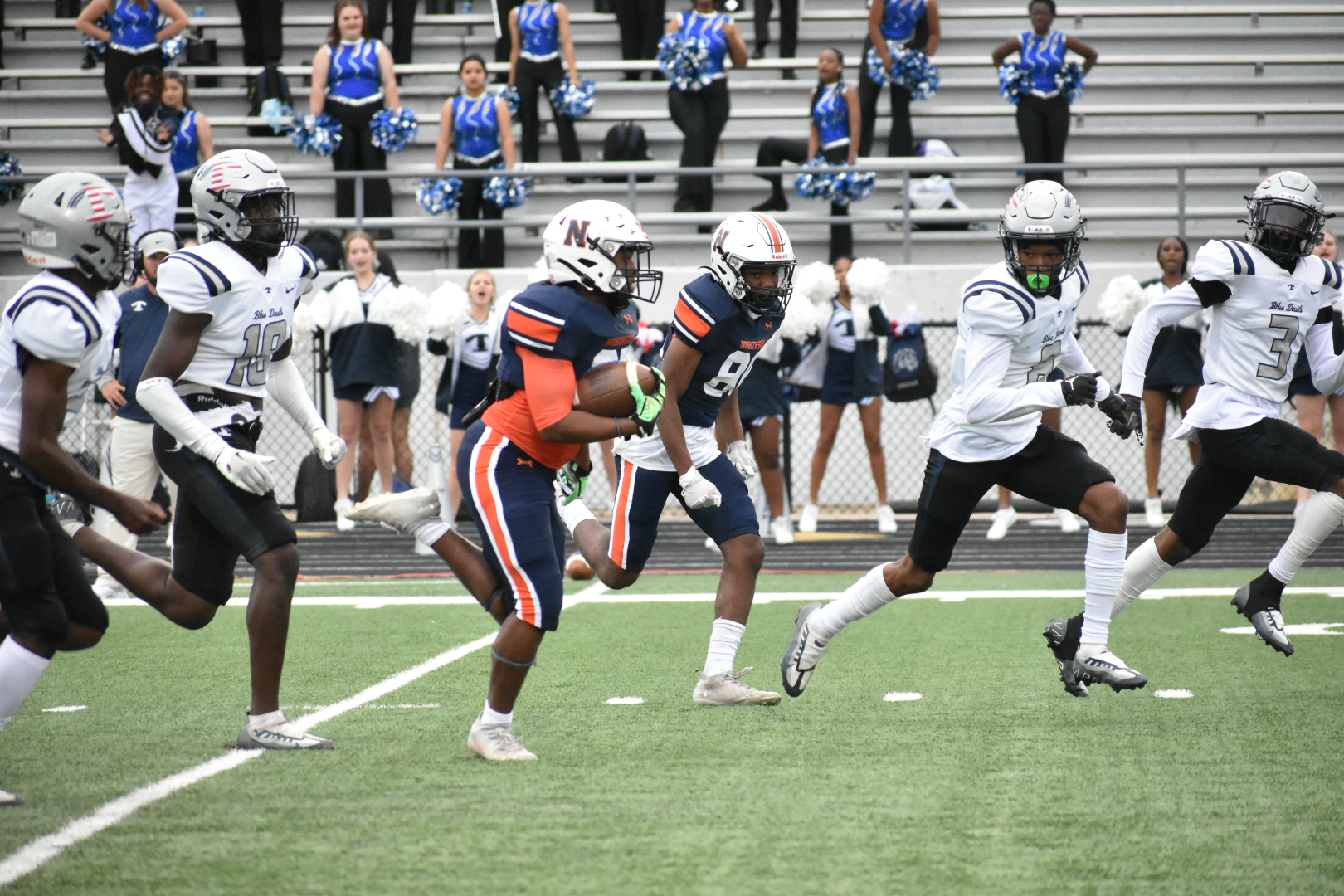 Northside scored on its first four possessions of the first half. (It actually had five and might have scored on the fifth had not the clock run out.) It in turn held Tift County to three-and-outs on its first three possessions and recovered a fumble on its fourth.

You probably figured (if you didn’t already know). The Eagles, with a bit of forgettable difficulty in the third quarter, beat the Blue Devils, 42-0, Thursday in McConnell-Talbert Stadium.

Northside won the toss and elected to receive. It went 65 yards in seven plays and scored on quarterback Damien Dee’s two-yard run. Dee did stay down for a bit. He came off on his own power but was replaced by D.J. Hudson for the rest of the half.

After Tift County’s punt, Northside took over on the 36. It went 12 plays and scored on Hudson’s two-yard run. With the Eagles also dominating time of possession, that came with 11:54 left in the second quarter.

Rinse. Repeat. Tift County punted. Northside, which put up 19 first downs and 261 yards of total offense in the first half – the Blue Devils had one first down and was minus five in total offense – scored again. This time it was D.C. Coney on a one-yard run. The drive started on Tift County’s 45 and only needed five plays for completion. Ashton Paredes made the first four points after. Noe Yanez-Robles made the fifth. It came with less than two minutes left in the half.

The Eagles were also hit with a personal foul on the play. That was marked off on the kickoff, and it with a good run, gave Tift County great field position on Northside’s 34. There, it picked up its only first down. A sack following dropped the Blue Devils back to the Eagles’ 32. Following an incomplete pass, Northside forced a fumble and recovered it. It ran out the half from there. 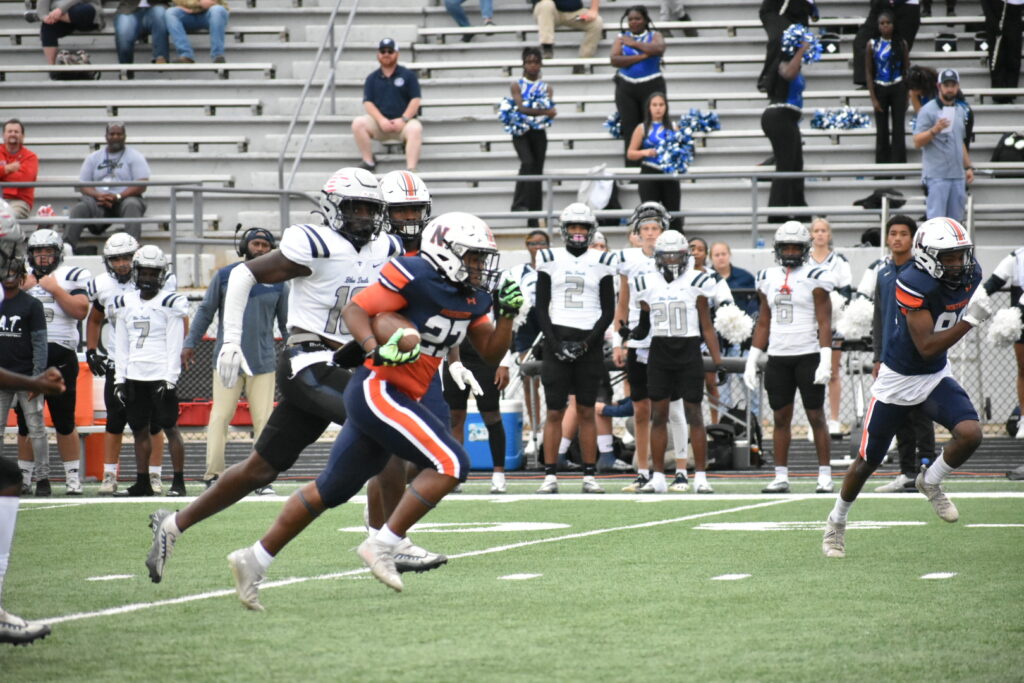 Back-to-back-to-back fumbles by the Eagles severely slowed their progress initially. The first came going into the endzone and negated Northside’s opening drive of the third – that coming after another three-and-out and punt by Tift County. Northside had started on the visitor’s 43 and was on its fifth play when it happened.

The Blue Devils were again held to a three-and-out and punted. The Eagles picked up a first down on a run but turned it over on the same play. Tift County earned its second and third first downs of the game on that possession but eventually turned it over on downs. Northside helped again. It fumbled on the first play from scrimmage. The defense gave up another first down, but then held again.

The Eagles got back on track after that. They scored their fifth touchdown on a seven play, 87-yard drive. Michael McClendon finished it off from the 1. That came with 10:19 left in the ballgame.

Following yet one more three-and-out Northside scored again. Jonathan Sanford did the honor on a long touchdown run on the fourth play from scrimmage.

The Blue Devils threatened to spoil the shutout on their next possession, the last of the game. Taking it on their own 48, they pushed it the Eagles’ 9. There Northside flexed and on four plays – the last as time ran out – held them out. 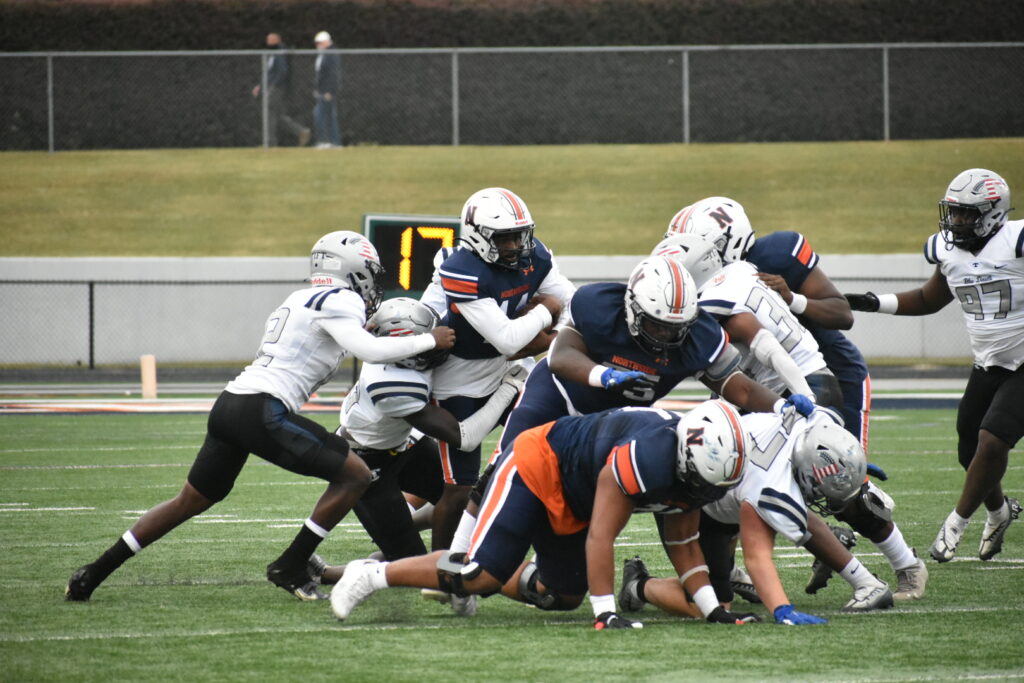 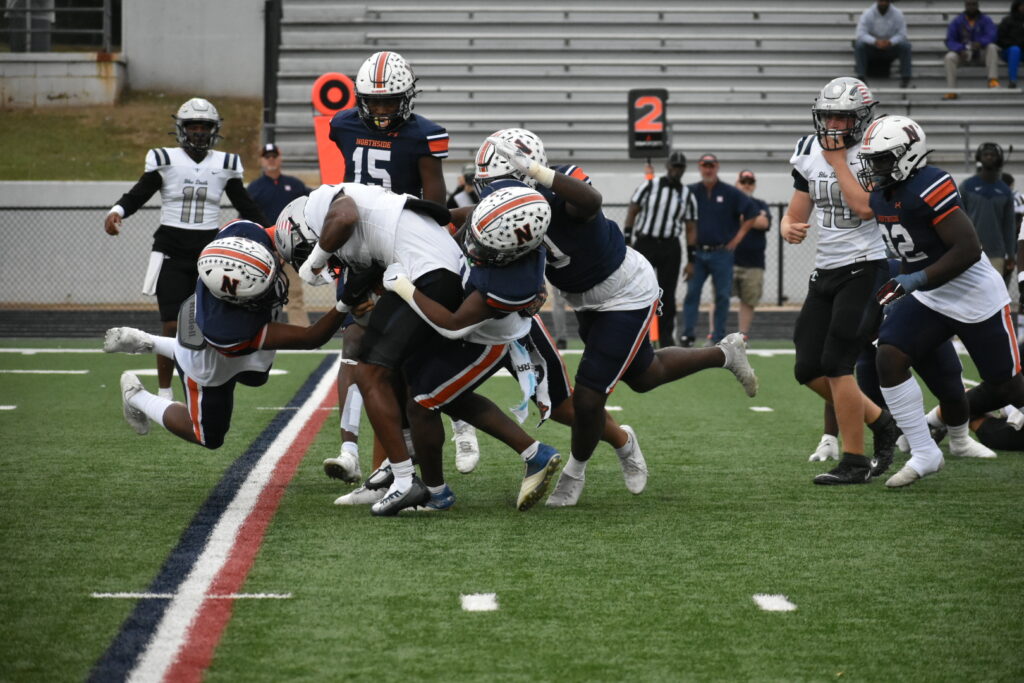