Oconee County pulls away from Veterans 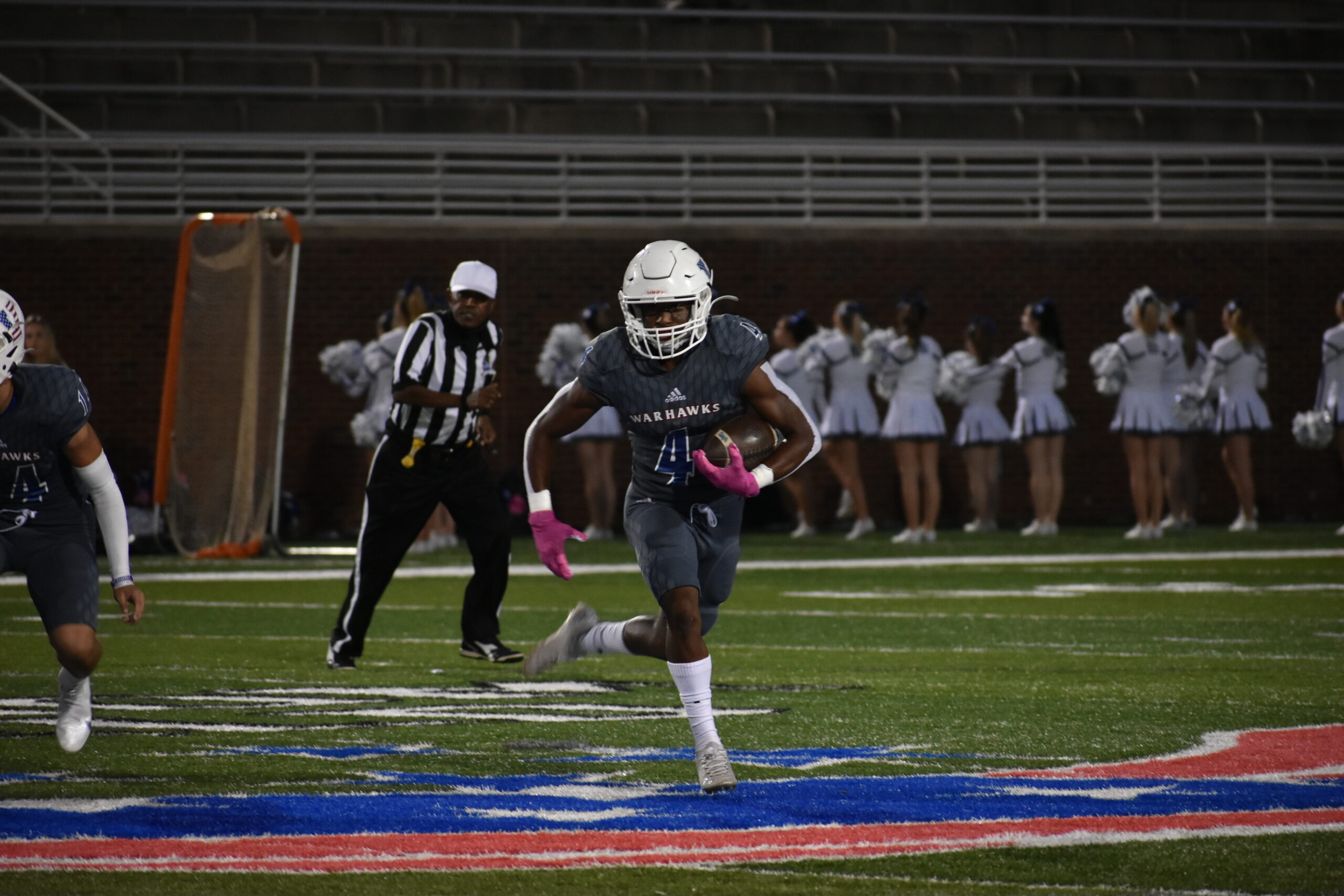 All appeared well for Veterans. It was up 10-0 with most of the second quarter gone. Of about 19 minutes played, the Warhawks had held the ball for most of it. It scored on a seven-play, 84-yard drive in the first. The touchdown came via a 20-yard pass from quarterback Matthew Bruce to Demari Franklin. It also scored on a 26-yard field goal by Brayden Black in the second. That was an 11-play drive.

Oconee County had punted twice during that span.

Then the Warriors flipped the script. It scored 35 unanswered points and went on to win 35-16. 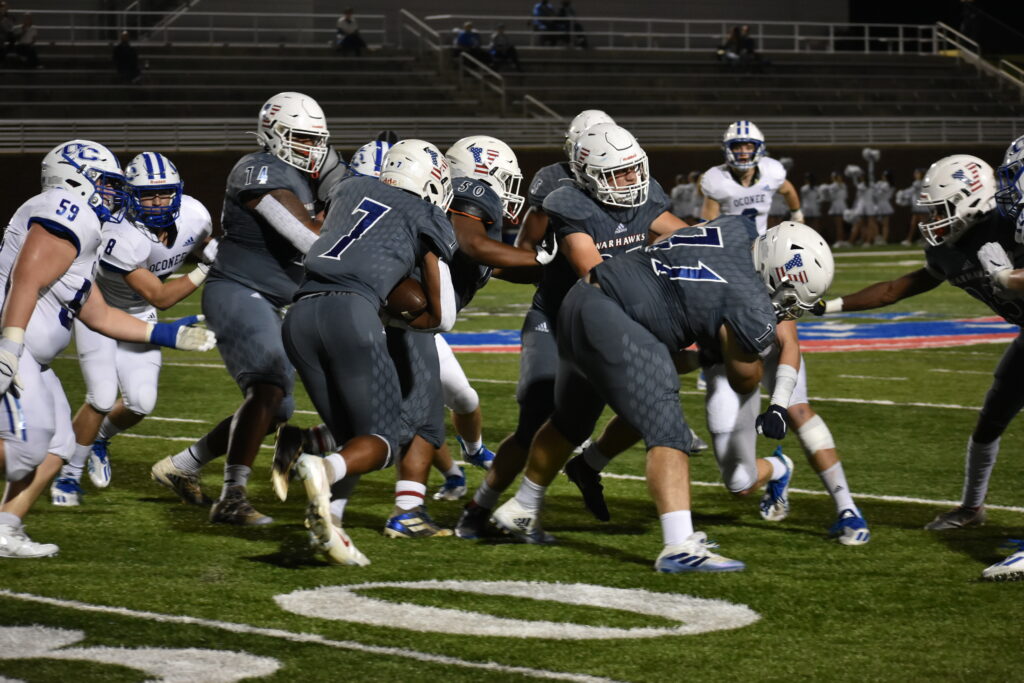 It started with a 12-play 75-yard drive, that pretty much finished out the second quarter. Converting a fourth-and-eight along the way, Oconee County scored on a 20-yard pass from quarterback Jacob Wright to Jay Johnson.

Veterans took the ball to start the third quarter, went three-and-out and punted. It fumbled the ball over on its next possession and then punted twice following to finish out the third.

The Warriors on the other hand scored twice in the third. C.J. Jones ran it in from two yards out to finish off a seven-play, 68-yard drive to start. Wright found Jack Ward for a 22-yard score following. The points after made it 21-10.

Another touchdown pass to Johnson made it 28-10. An interception set up another score – another Wright-Johnson connect, this one for seven yards.

Veterans was finally able to bring it back together on its next possession. Taking the ball on the 20, it drove the distance in nine plays. The last was a four-yard pass from Bruce to Franklin. The two-point try failed. Oconee took the ball with just over four minutes left and ran out the rest of the clock. 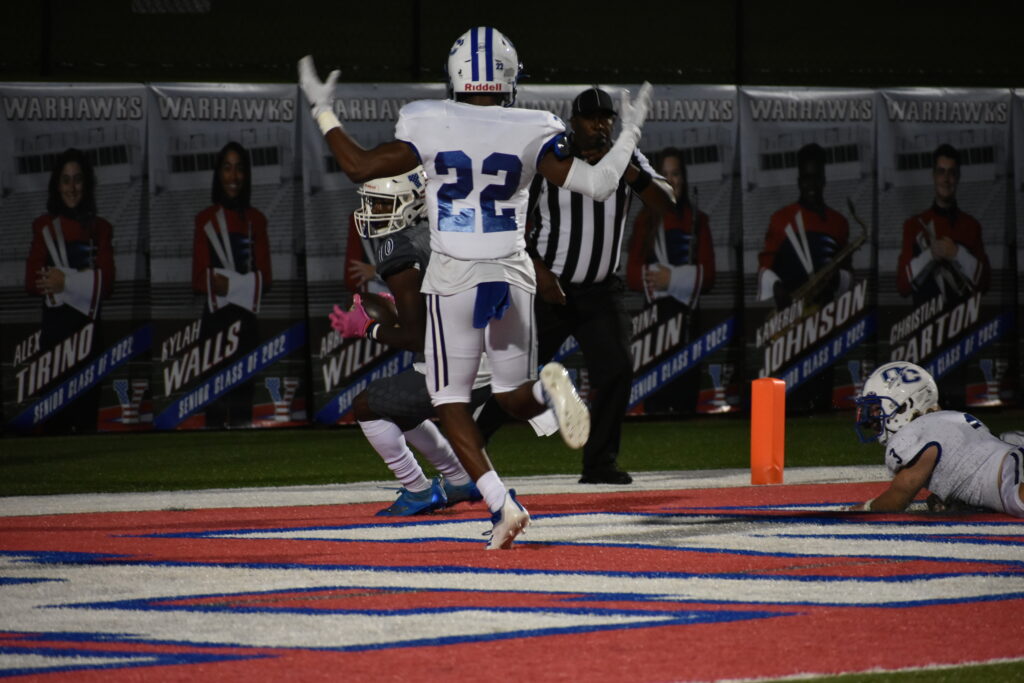 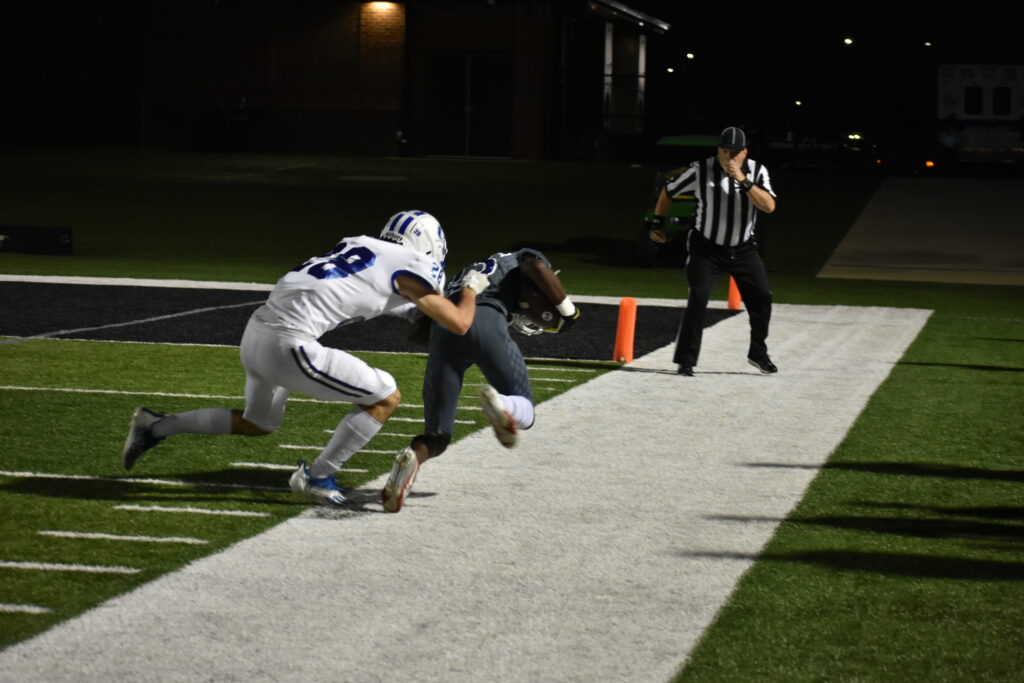