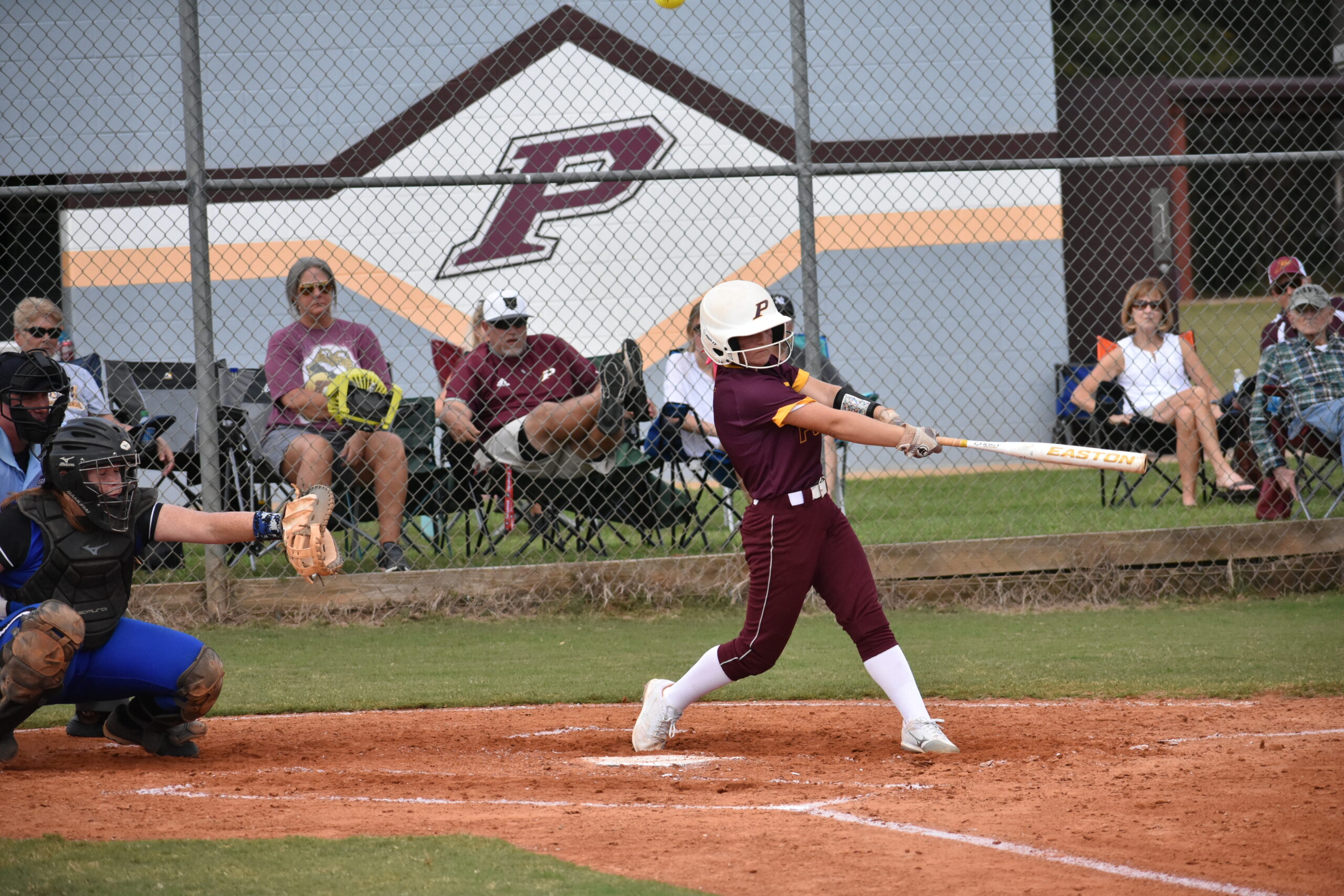 A day after being forced to settle for a split via a walk-off double (see related story) Perry left nothing to chance Wednesday in the third and deciding game between it and LaGrange in the opening round of the GHSA Class AAAA state tournament.

The Lady Panthers rolled 14-2. They scored eight in the first, four in the third and put it away with a pair in the fourth and final inning. They move on to host Flowery Branch in the Sweet 16. The Lady Falcons, the No. 4 seed out of Region 8, upset Marist, the No. 1 seed out of Region 6, 5-2, 2-1.

Chloe Davey’s lead-off triple to start the first – the Lady Grangers had scored one of their runs at the top of the inning – helped Perry get out the gates in a hurry. It was followed by a walk to Ava Garrett and back-to-back doubles by AlieRae Dykes and Reagan Hughes. Davey scored. Garrett scored and Dykes scored in the outburst. Following a groundout, Lucy Layson kept the offense rolling with a two-run homerun.

A two-out walk to Riley Jones, a single by Trinity Odom and an error on Davey’s ground ball made it 6-1. Garrett doubled again to bring in Odom and Davey to make it 8-1.

Perry finished with 14 hits. Davey was 1-2 with two walks and three runs scored. Garrett was 2-2 with a walk. She drove in three and scored twice. Dykes was 3-4 with three RBIs and two scored and Hughes 2-3 with two driven in and two scored.

The Lady Panthers improved to 16-2 while LaGrange finished up 11-17.