Perry dominant in win over Rutland 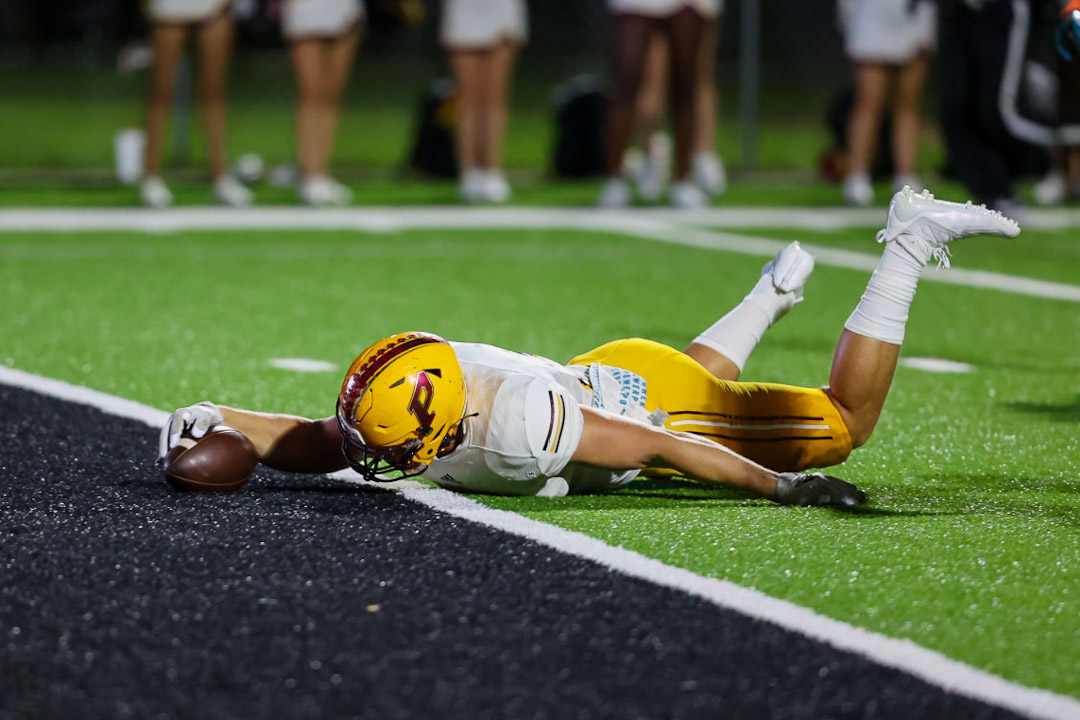 Overmatched and overwhelmed on all levels.

Such was Rutland’s matchup at home Thursday against Perry. The Panthers easily won 49-7. They put together a long drive to start the game, punted on their second possession – one of only two it had to make – and then scored the next six times it touched the ball. It was up 35-0 and had finished all of its scoring before the fourth quarter started – and that was with a running clock in the second half. 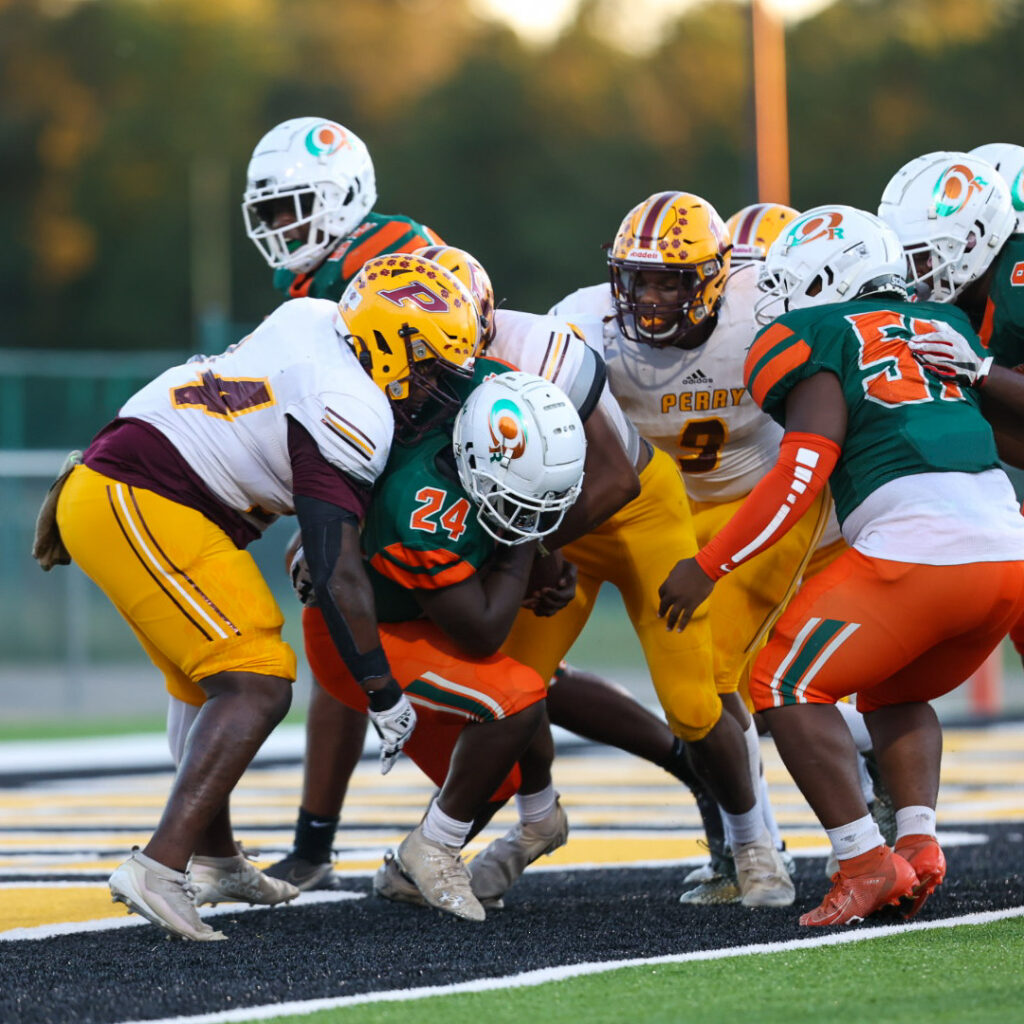 Daequan Wright put the Panthers on the board with a three-yard run to start the game. That was the finish to a 10-play, 50-yard drive. Both punted before the Panthers took over on its own 45. It drove the 55 yards on five plays and scored when quarterback Armar Gordon Jr. found Wright for 16 yards. The game also moved into the second quarter – 11:54 – during that time. Gordon and Dakari Anderson connected for the two-point conversion to make it 15-0.

A Caleb Wilson interception marred Rutland’s first first down – its first two possessions were three-and-outs. That gave the Panthers the ball on the host’s 27. Perry drove it the distance the other way on nine plays. The last was a 13-yard pass from Gordon to Anderson. That also came on a fourth-and-12. The snap foiled a point after by Caden Camp and left it 21-0.

The Canes fumbled on their next possession to give Perry a short field – 24 yards. It took four plays and a six-yard run by Casson Clark on the last of those to cross the endzone. Camp made it 28-0 with 3:42 left on the second quarter clock.

Rutland punted to give the ball back to the Panthers on the Canes’ 38 with 47 seconds left. Gordon connected with Wright to get it to the 11. A flag pushed it back five, but Gordon hit Brantley Gibson in the endzone on the next pass for the score. That made it the 35-0. 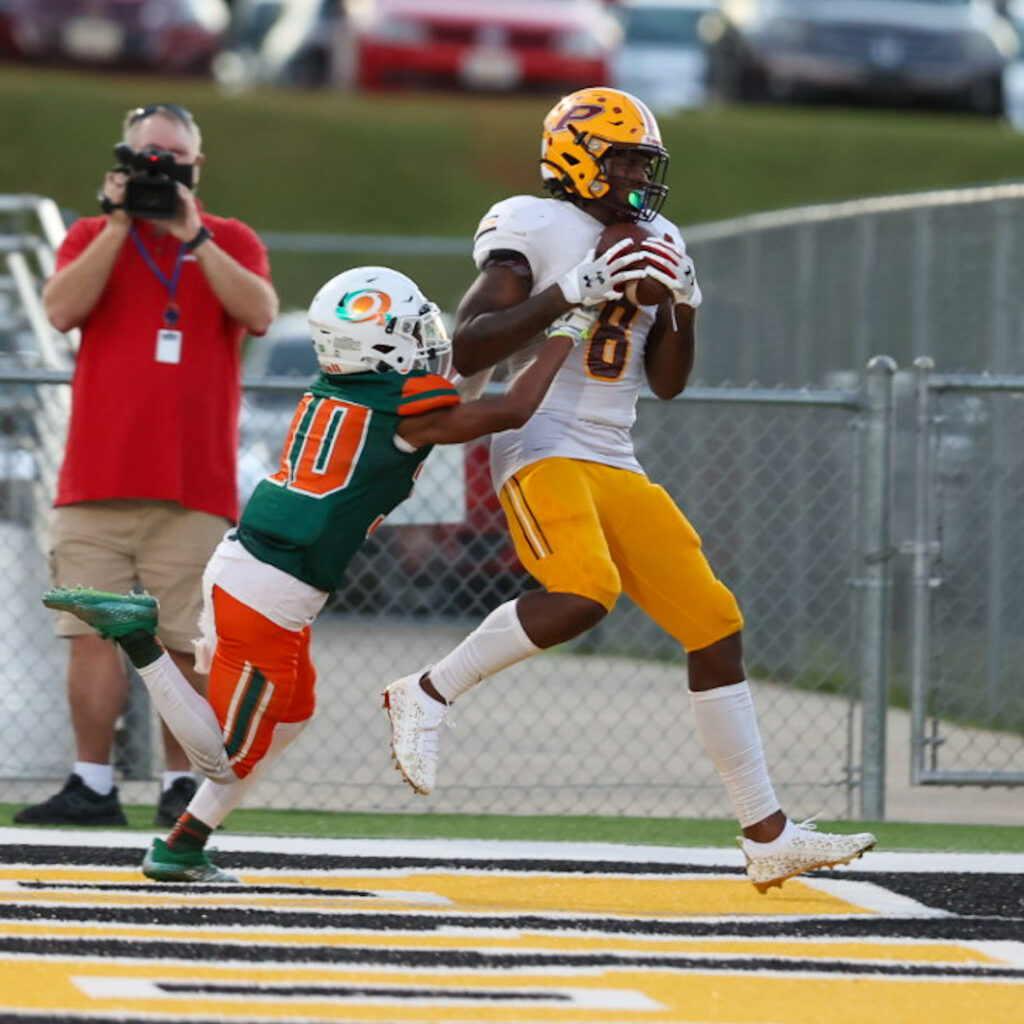 The Canes came out as if they had figured something out to start the third quarter. That is, they gained back-to-back first downs to start. That was short-lived as the Perry defense dug in and forced them to punt. Or, at least “attempt” to punt. It was blocked by Jordan Stubbs who also recovered it in the endzone for the score. Camp’s point after made it 42-0.

A fumble gave it right back to Perry, on another short field – the 19. Khalib Miller, fresh in the game as were a number of others, got the call on three plays and got it in from the 2. That came with 1:21 left in the third and made it, with Camp’s point after, 49-0.

Rutland scored on a Panthers pass ruled a lateral. It was recovered in the endzone. That came with 7:33 left in the game.

Perry punted. The Canes took over, picked up a couple of first downs and ran out the clock. 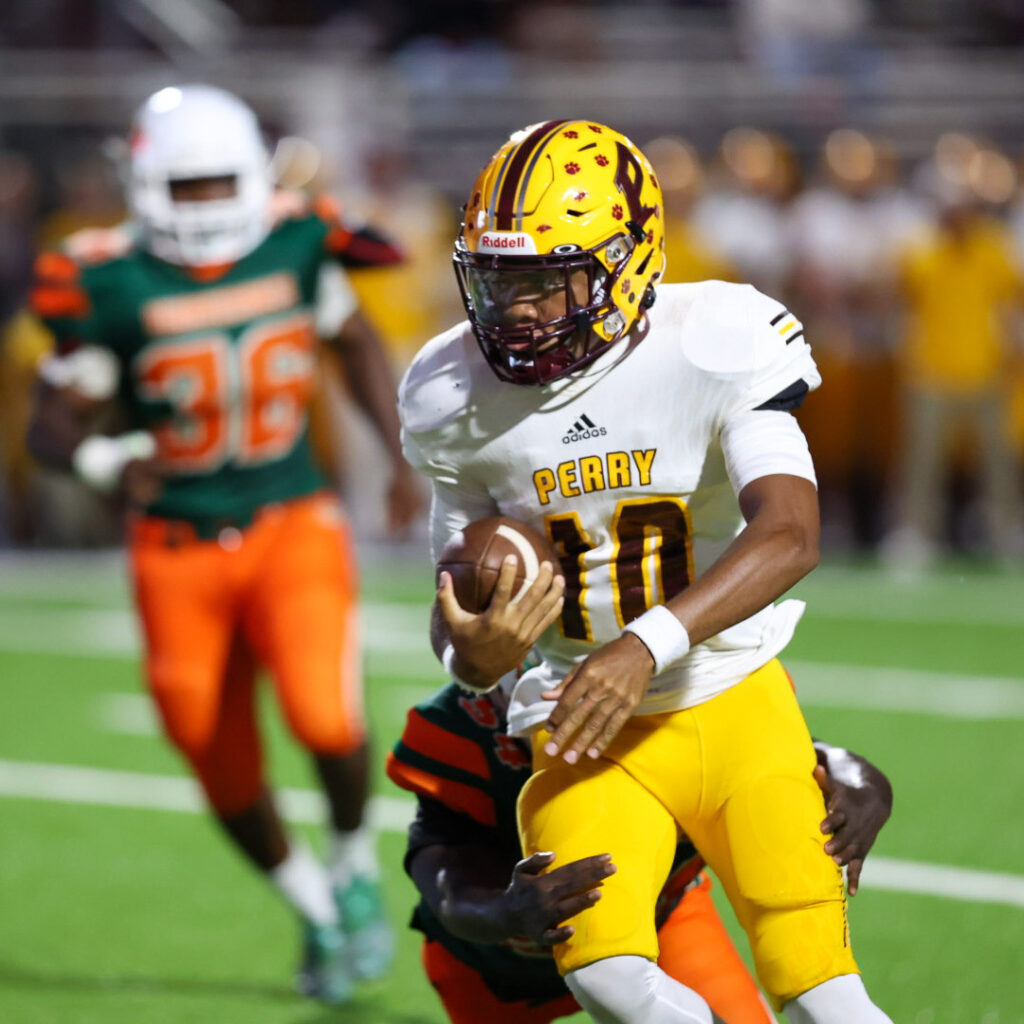 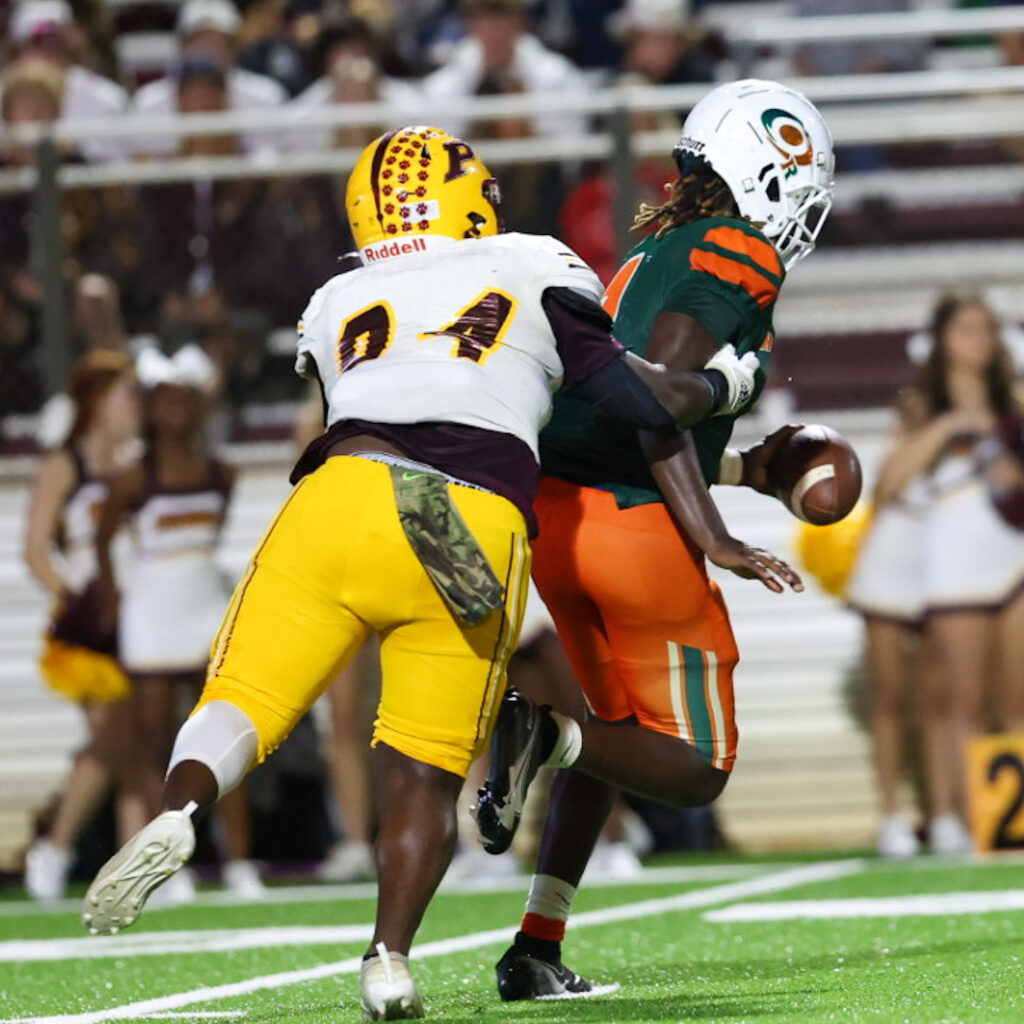 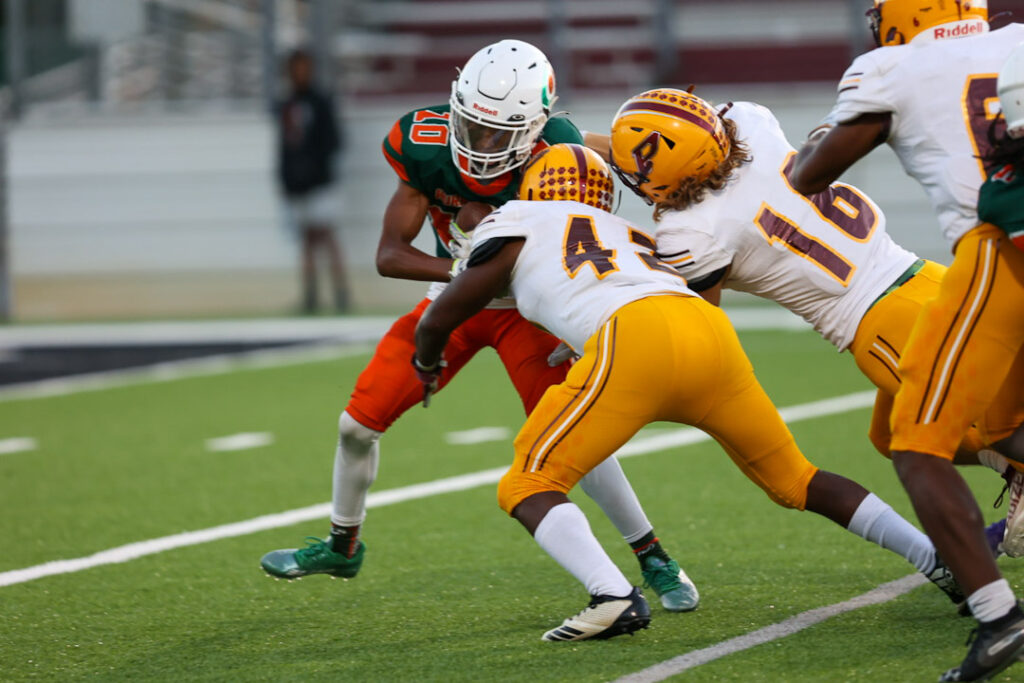