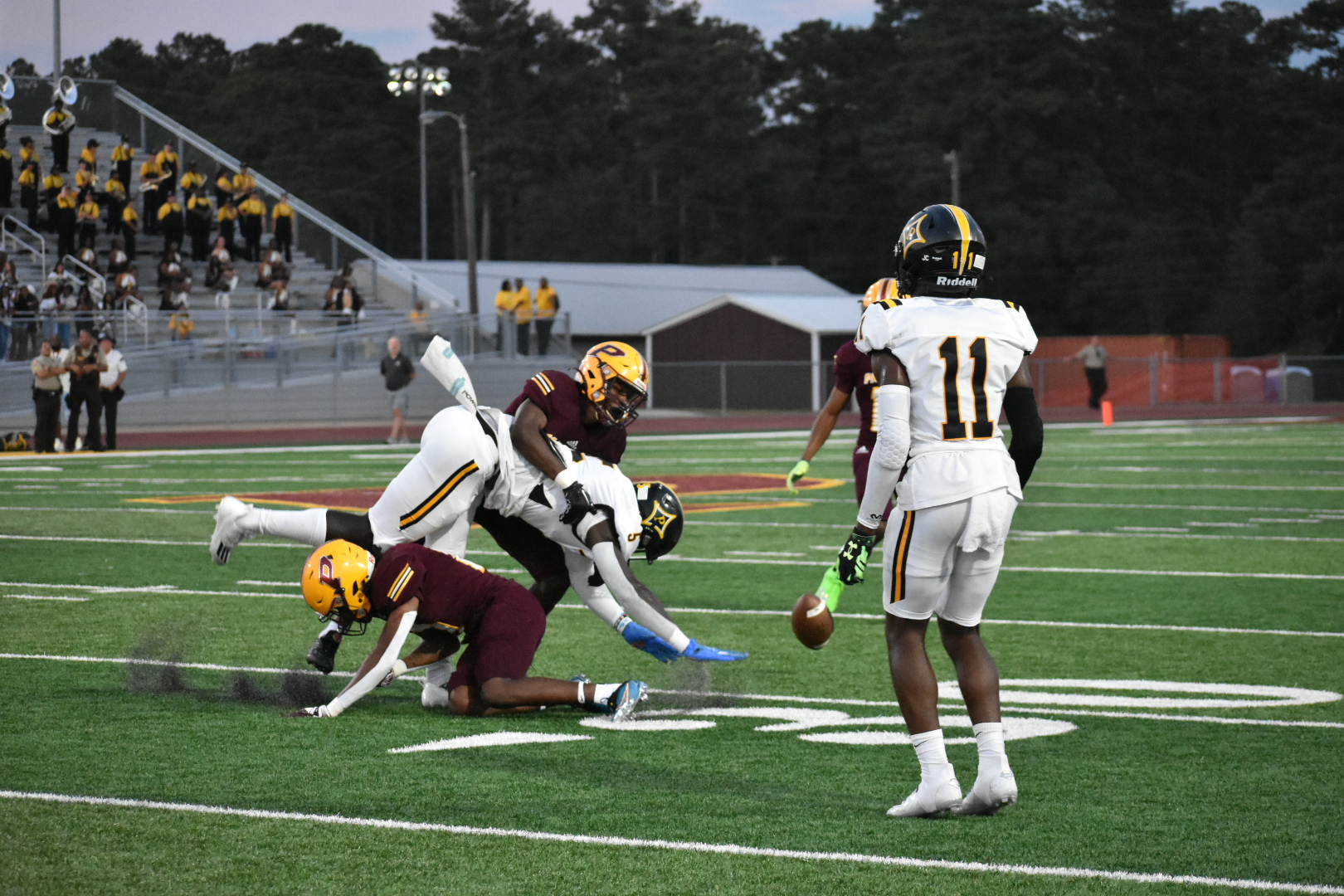 If you want to erase a bad memory – a long, long, long historical scar – there’s no better way to do it, or begin doing it, than with a dominating win.

In fact, it took the Trojans six possessions just to pick up their initial first down and they didn’t put up their score until there was less than 10 minutes to play in the game. (And, oh by the way, that was answered immediately by the Panthers.)

Both punted to start the game. Peach County fumbled on its second possession. Perry recovered it but couldn’t capitalize, missing on a 36-yard field goal attempt.

No problem. The Trojans punted again. In fact, they punted twice more after that. By then they were down 7-0 and the game was late in the second quarter.

The Panthers put their first score on the board on the drive following the missed field goal. They took the punt on their own 49 and scored in nine plays. The touchdown came on a fourth-and-22 pass from Armar Gordon to Traveon Wright. Caden Camp made the point after. That was finished off at the 3:42 mark.

Perry was intercepted on its next possession but Peach County did nothing with it. A punt by each set up the Trojans’ best – only – drive of the half. They took it on their own 25 and moved it to the 19 where on the fourth-and-three, they were stopped.

Peach again punted and Perry used up the rest to usher in the half. 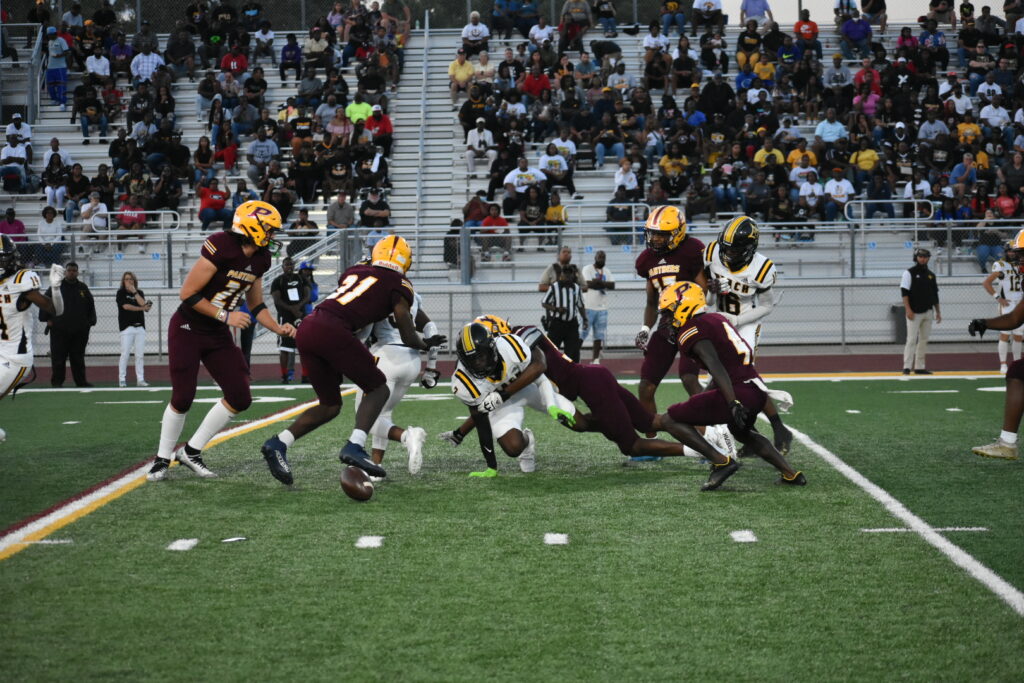 The Panthers made it 21-0 on their first possession of the third. Taking it on their own 30, they needed only five plays to score. That’s because the second play from scrimmage was a long pass to Traveon Wright that put it on the 1. Demetrious Carter eventually finished it off from there.

Peach again punted. That paved the way for another missed field goal.

That in turn ushered in the Trojans’ score. It was on an 18-play, 80-yard drive – the game moving into the fourth quarter during that time – and a one-yard run.

Perry’s answer was seven plays, 72 yards and an 11-yard run by Dakarai Anderson. De’untae Kendrick’s pick six on Peach County’s next possession finished off the scoring.

The win snapped 10-straight by the Trojans and improved the Panthers’ record to 3-1. Peach dropped to 2-2. 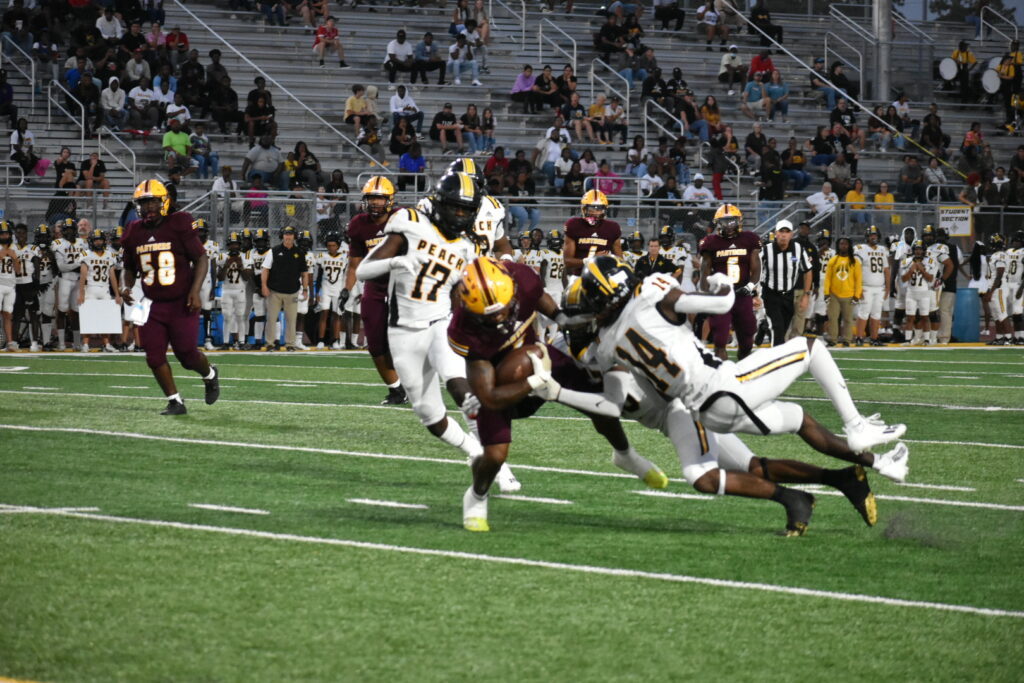 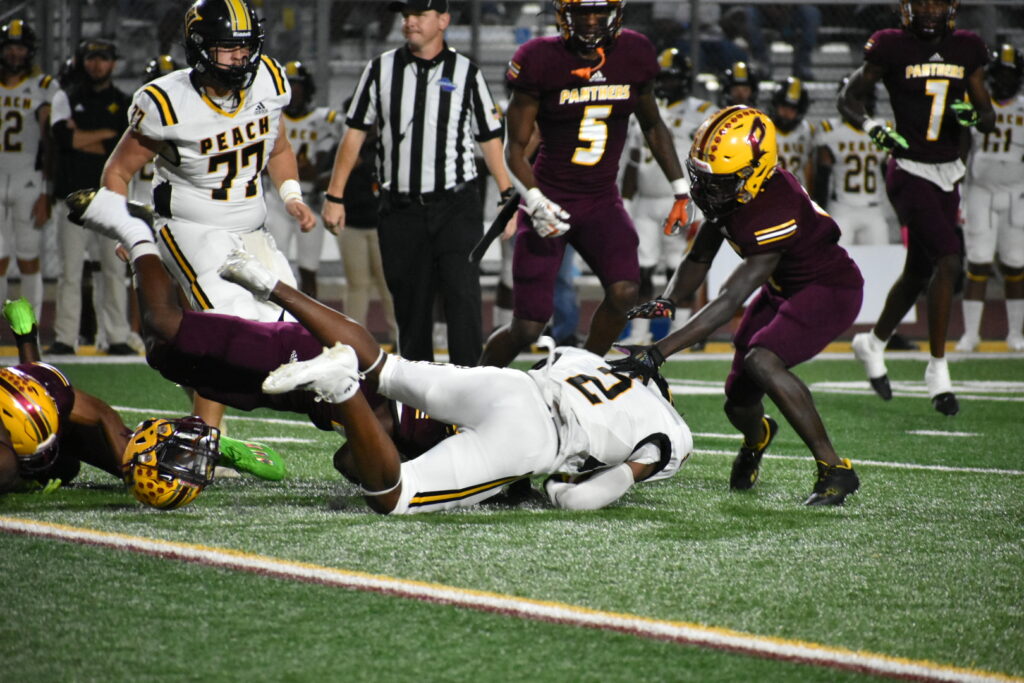