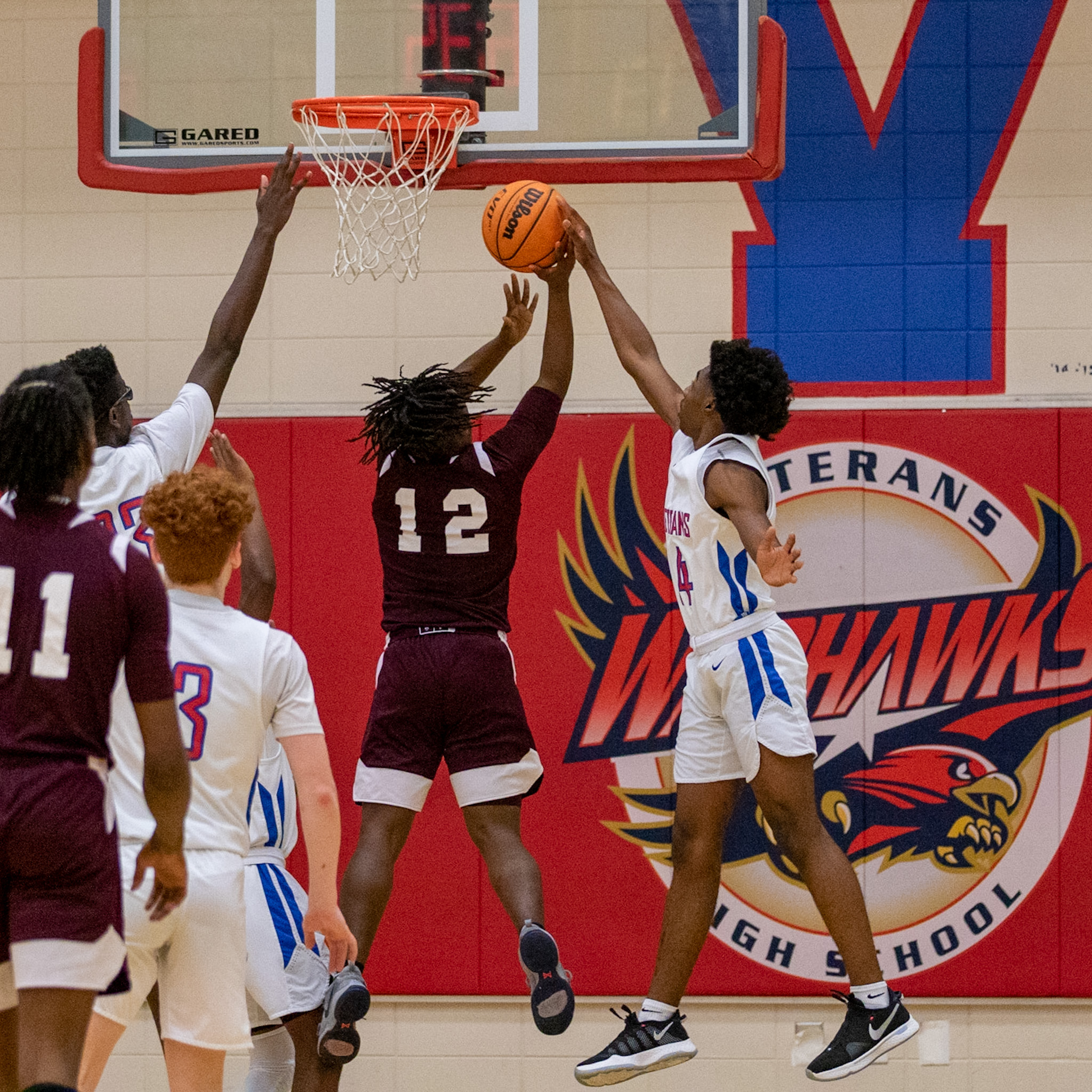 What he said: “It’s been a strange one.”

For Veterans boy’s basketball Head Coach Brett Hardy it was an all-encompassing statement; made before the Warhawks took on Coffee at home Thursday in their final regular season and Region 1-AAAAA game. It took into consideration opponents, injuries and perhaps in particular, trying to play and finish a season under the constant threat of Covid-19.

Veterans has excelled despite all three. The final piece of evidence was added with a 64-49 win over the Trojans. That put the Warhawks a perfect 19-0 for the regular season, 8-0 in the division. 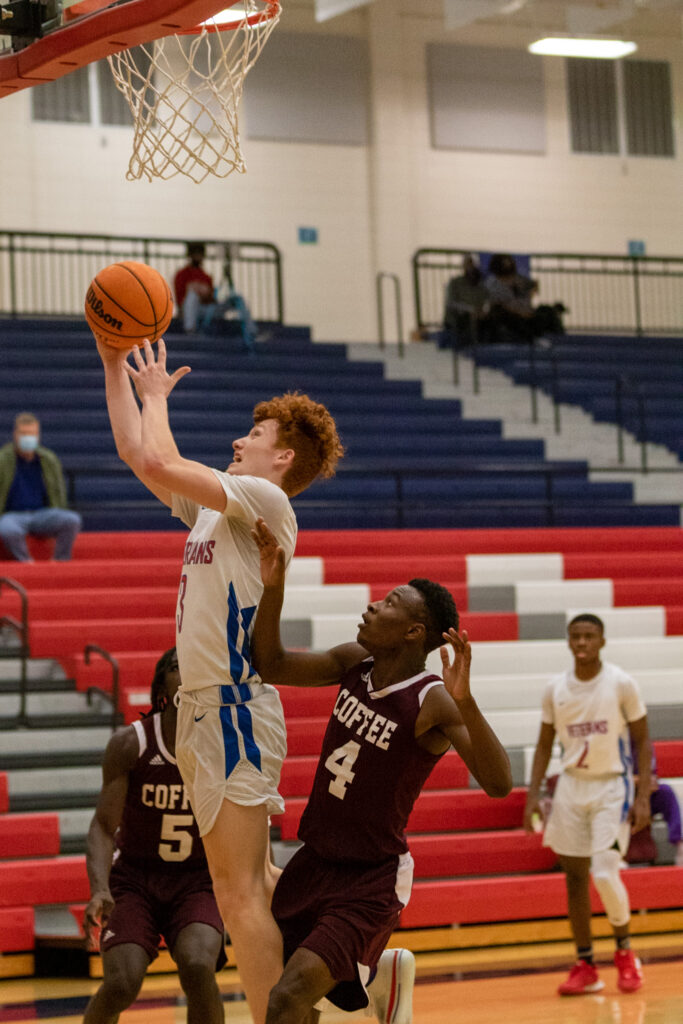 DeAngelo Hines each hit 3-pointers in the first quarter to help Veterans get out to a 16-13 lead. Hines hit another one in the second. He also had a pair of buckets. T.J. Grant also hit a trey and hit on two short-range attempts. Ryland Pereda also hit a 3-pointer and had a bucket. With Aaron Jones’ basket added to the mix, the Warhawks put up 21. Coffee managed only 12. That made it 37-25, Veterans, at the half.

The Trojans scored 13 so gained one. The Warhawks then outscored them 15-11 down the stretch. Jones had seven during that period – three buckets and a one-of-two trip to the free-throw line. He finished with 13. Hines added a basket in the final quarter to make his total 15 points. Pereda finished with nine. Grant scored six in the final period – two baskets and a two-of-two effort at the free-throw line – to tally 16 total points. Williams had eight to round out the scoring. 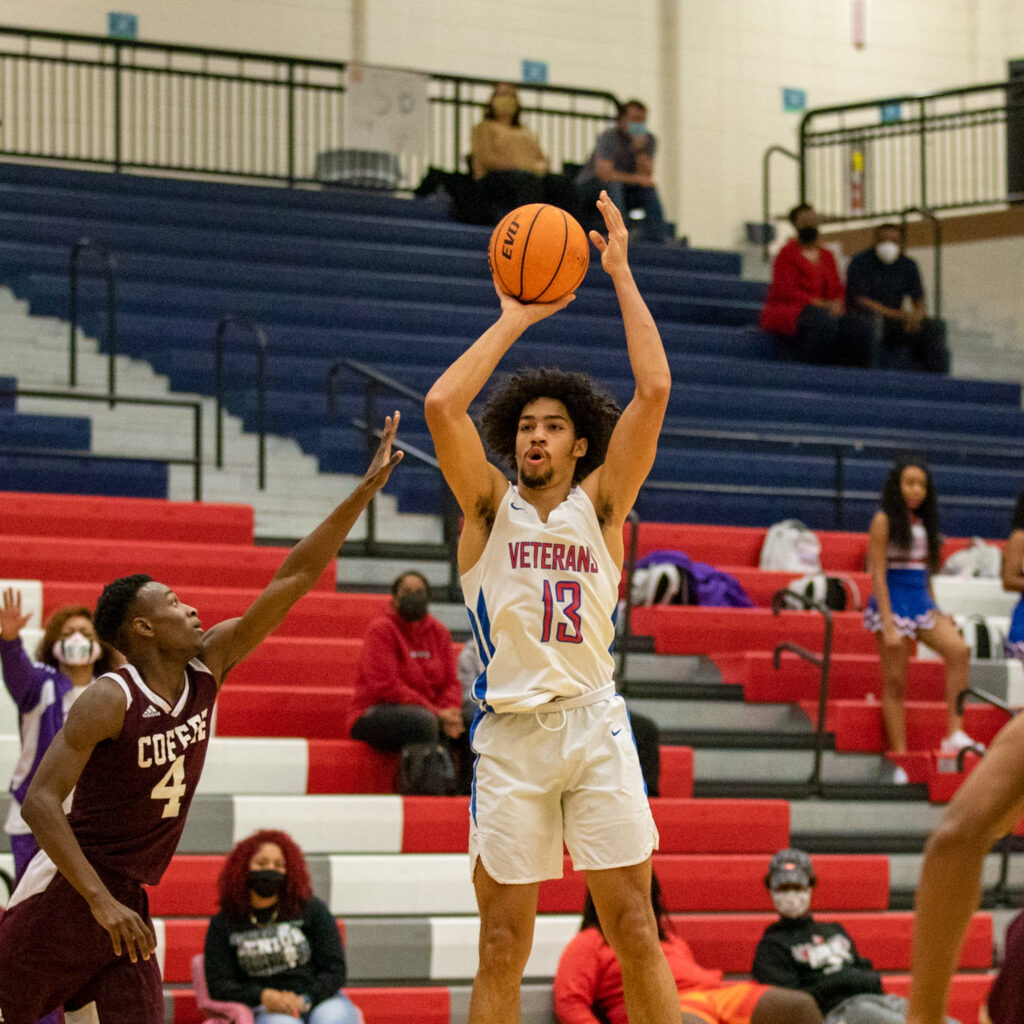 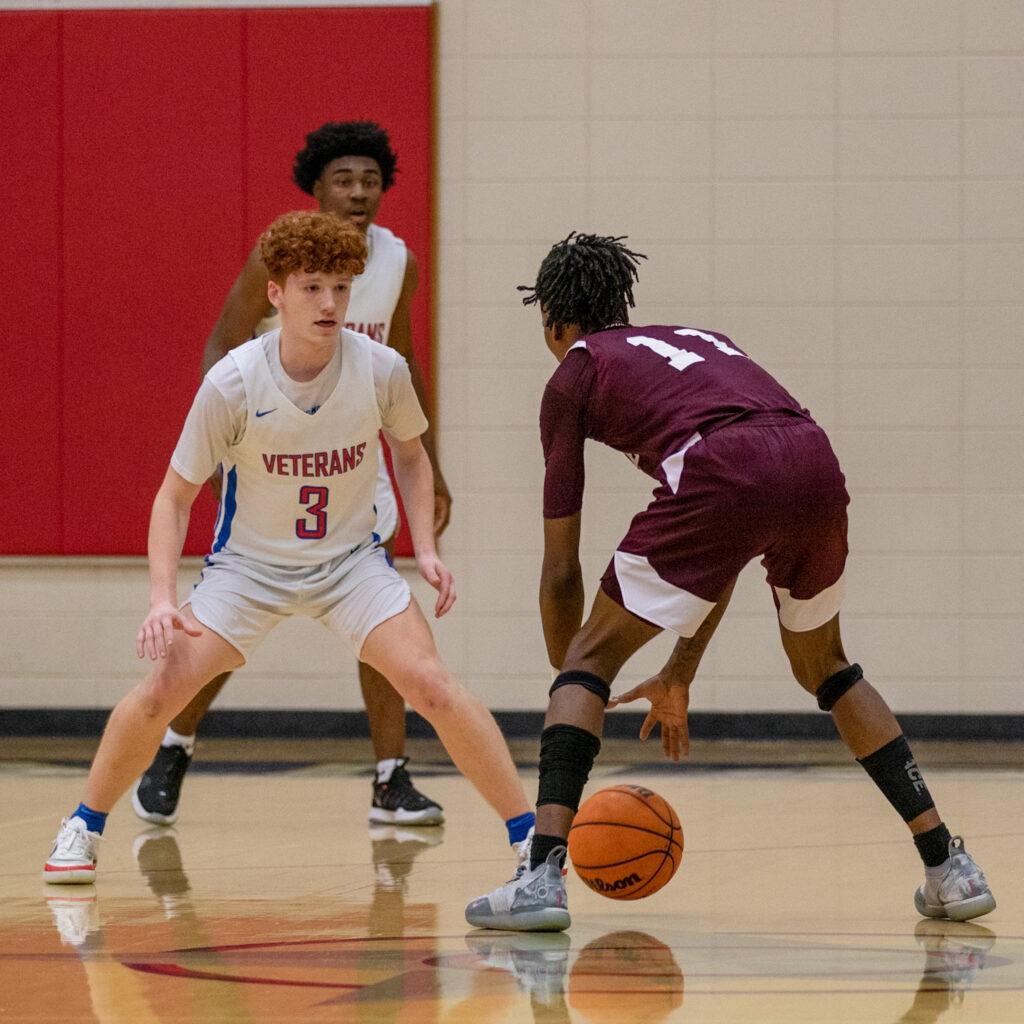