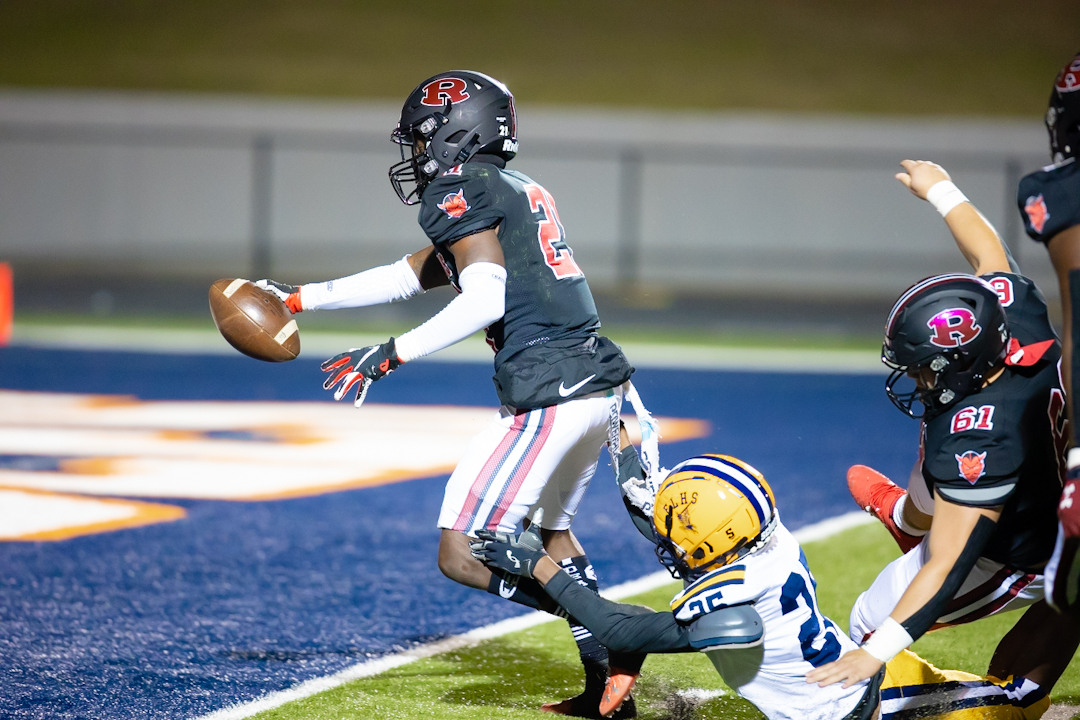 Warner Robins had one misstep against Eagle’s Landing in the first half. Aside from that, it was all Demons – 49-18.

The misstep – hardly worth remembering in the grand scheme of things – was an interception the Eagles carried to the 1 and scored two plays later on Jamale Pope’s run. The two point try failed – miserably. That came with just over a minute left in the first half.

Up until that point, Eagle’s Landing had done little. It had punted on five possessions – picked up just four first downs – turned the ball over on a fumble on another.

Warner Robins on the other hand, did plenty. It scored on all but one possession in the first half – six possessions as well – and had a chance to score on its last but Will Shepherd’s 39-yard field goal attempt went wide right.

Quarterback Chase Reese scored the Demons’ first touchdown – set up by a 44-yard run by Chaz Sturn. He ran it in from the 20. Daniel Barber made it 7-0 with about nine minutes left in the first. Sturn’s 55-yard scoop-and-score on the Eagles’ next possession, with Barber’s point after, made it 14-0.

Malcolm Brown – plus Barber – made it 21-0 and ushered in the second quarter. He scored from the 5. It was the culmination of a five-play, 65-yard drive. Next it was a 32-yard pass from Reese to Aamir Quick. Barber’s point after came with 10:44 showing.

Finally, a Reese to Isiah Canion pass of 30 yards, coupled with Barber’s foot, made it 35-0 with still 8:23 left. That was the finish to a three-play 83-yard drive.

The interception came shortly after that. 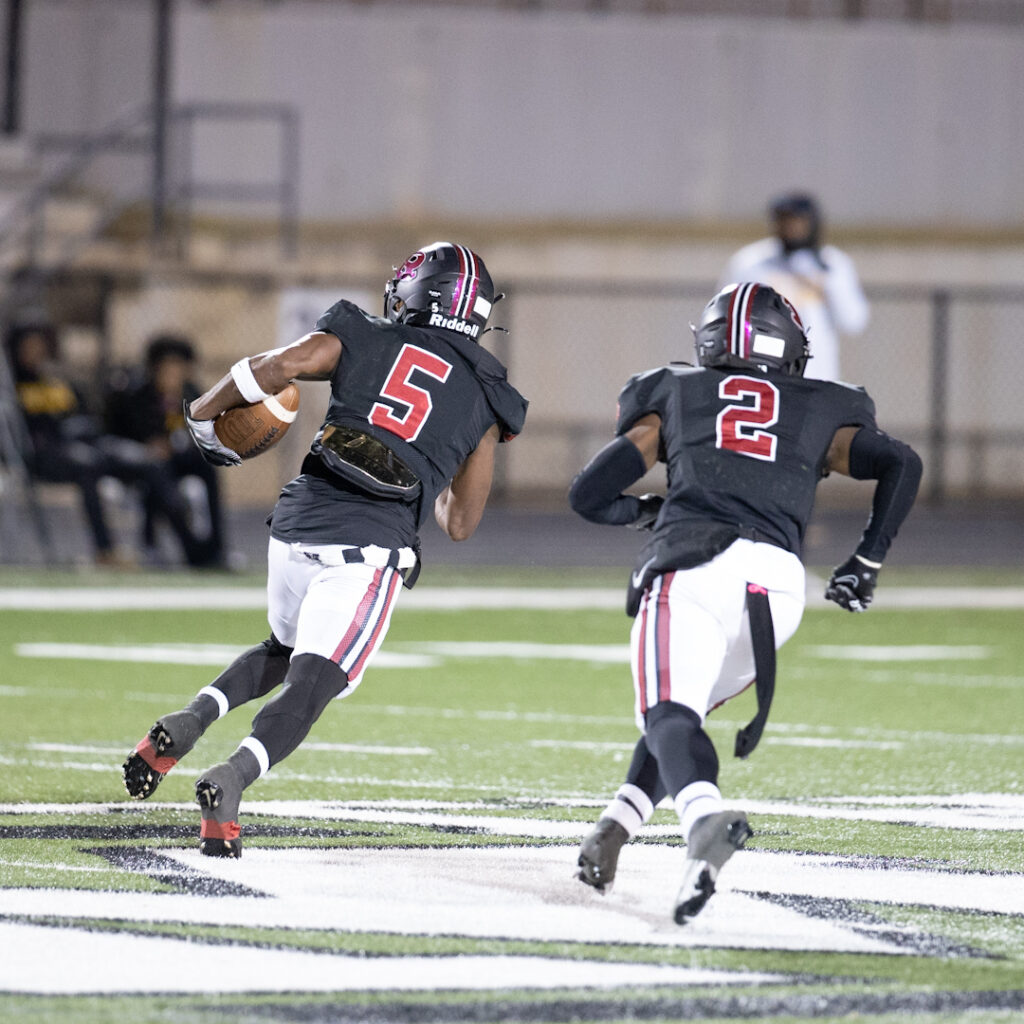 Eagle’s Landing did manage to put some points on the board in the second half, but that was mainly against a number of bench players on the Warner Robins side. It also managed to escape a running clock in the third, but not the fourth.

Warner Robins was still able to add a couple of scores in the third. Malcolm Brown accounted for one – 33 yards and the finish to a five-play, drive. Titorio Smith also got one. His was for 51 yards.

Finally, the Demons finished off their scoring by dropping a runner in the endzone for the safety. 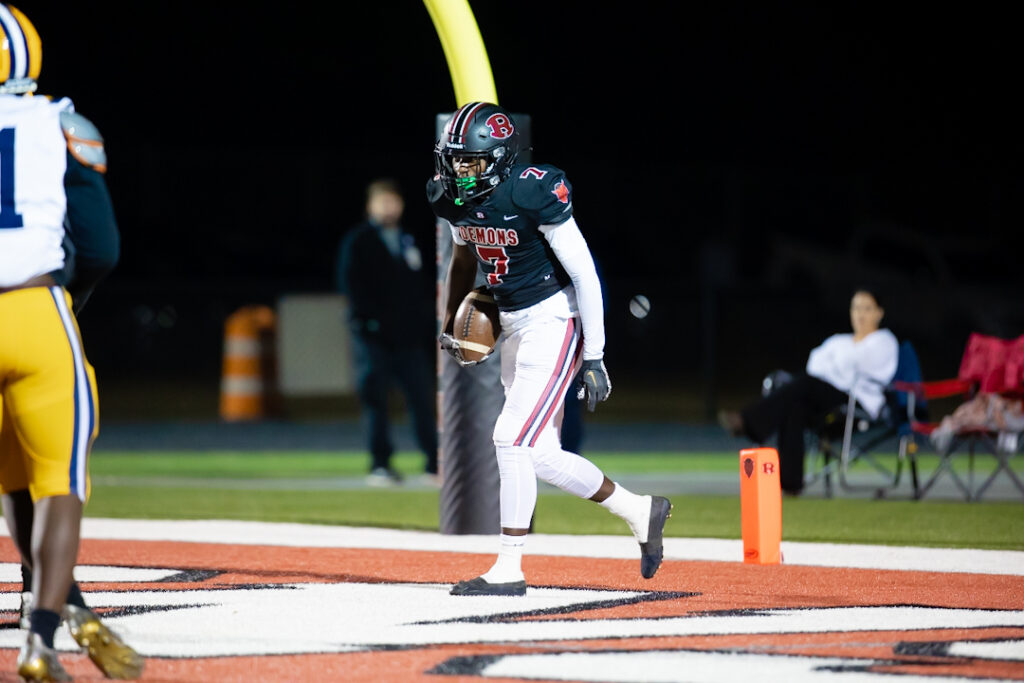 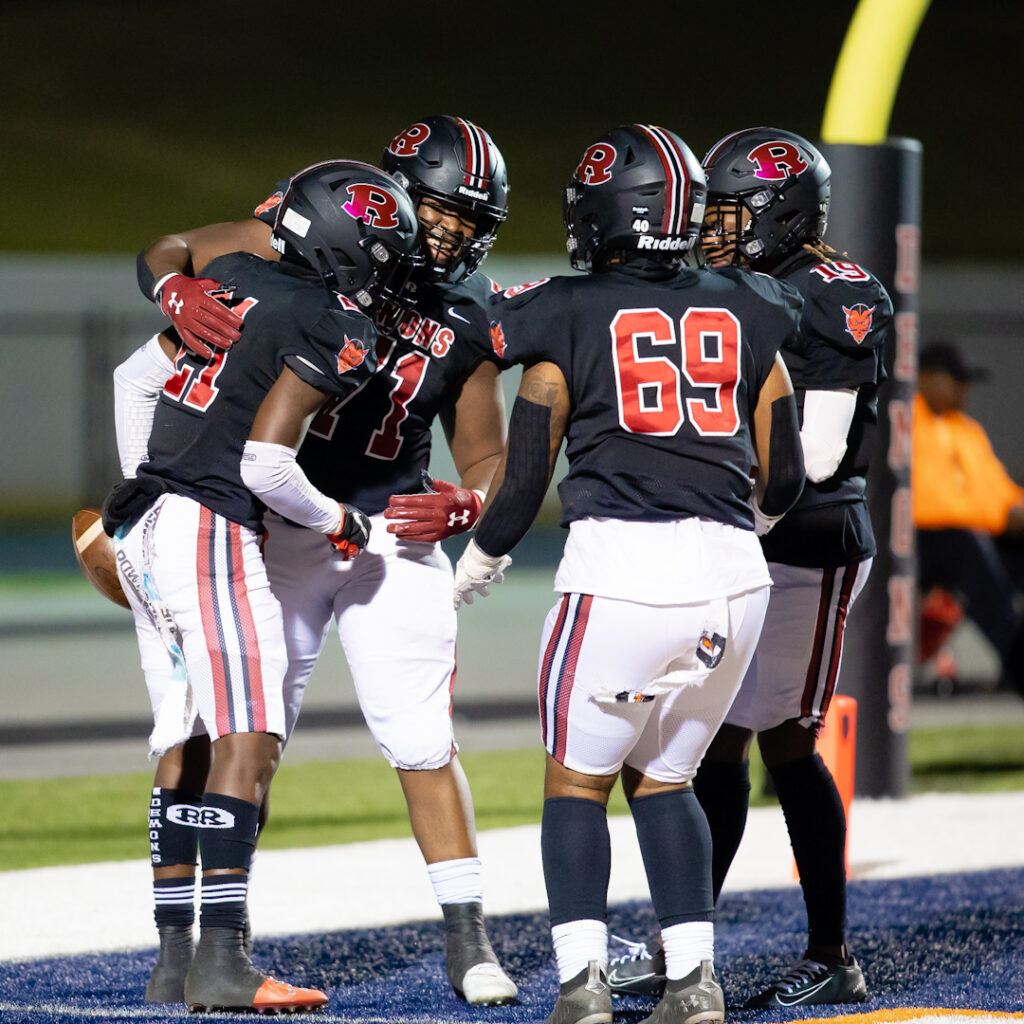 Northside stuns Lee County on last play of the game
In HoCo-TCC rally battle, Yellow Jackets come out on top