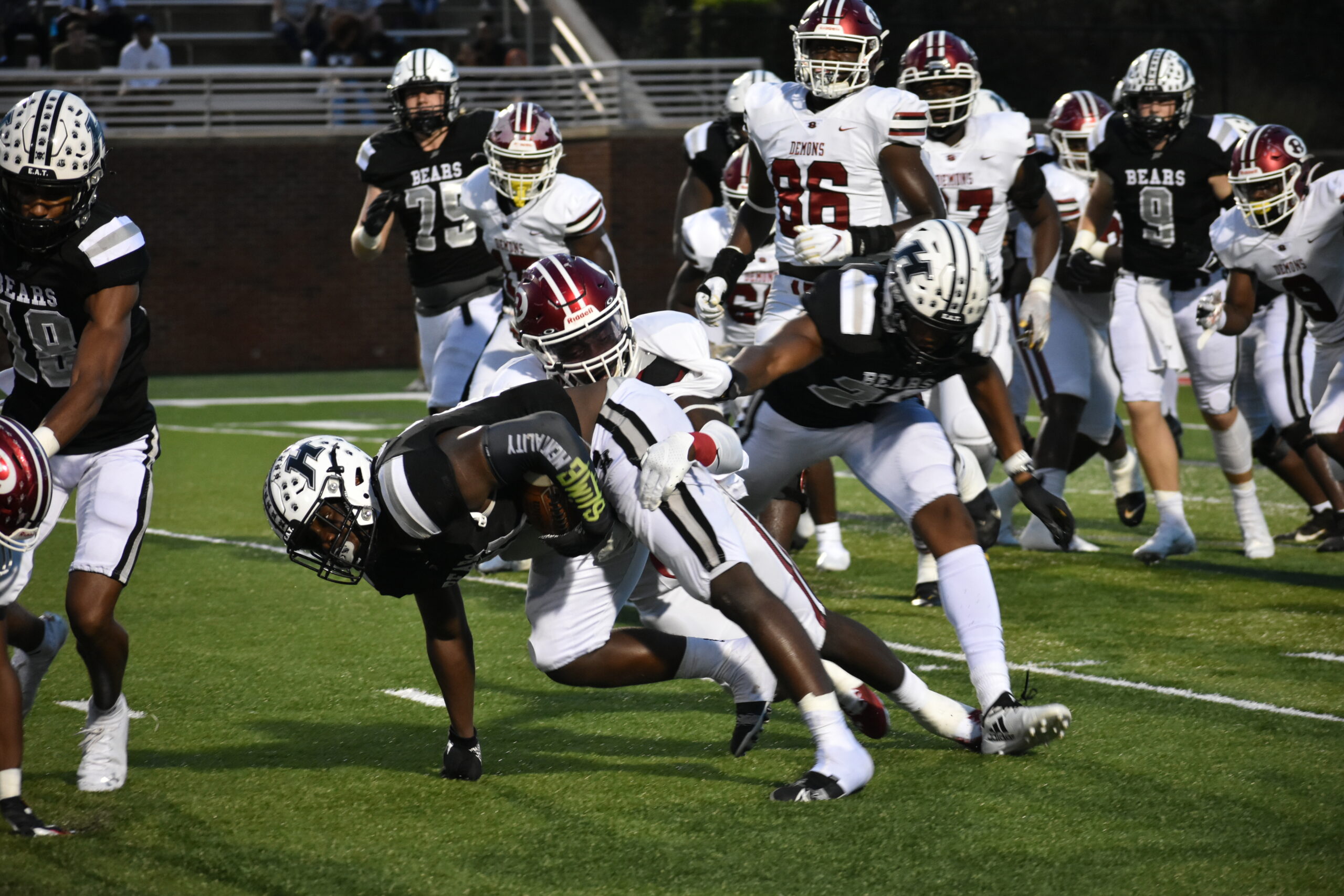 The Demons on the other hand scored on five of its six possessions in the first half; the first five. They might have scored on the sixth, appeared they might as they got it down to the Bears’ 22 before turning it over on downs, but might have also been slowed by a number of subs seen fresh in the game; including Isiah Canion in at quarterback. Canion did finish 3-4 for 27 yards. Houston County’s field goal followed that.

That came as Warner Robins was up 35-0. Malcolm Brown scored the first of his two in the first half on a 59-yard run to get things started. The drive was fairly long in distance – 68 yards – but short in duration; requiring only three runs, all of which came via Brown.

Quarterback Christon Lane hit Antwon Jackson on a 25-yard touchdown pass for the second score. That was the culmination of a four-play, 50-yard drive. Lane finished the first half 5-5 for 65 yards. Jackson caught three for 52 yards. The Demons finished with 257 in all (in the first half).

Then it was Fred Perry’s turn. He scored the first of his two in the first half on a 19-yard run. That was followed by a 24-yard run. The first drive needed only two plays and only 25 total yards thanks to a Houston County fumble. The second – the game moving into the second quarter – required just three plays to go 59 yards.

Brown finished off the first half scoring with a nine-yard touchdown run. That was the culmination of a nine-play drive that went 67 yards. Daniel Barber made all of the points after. 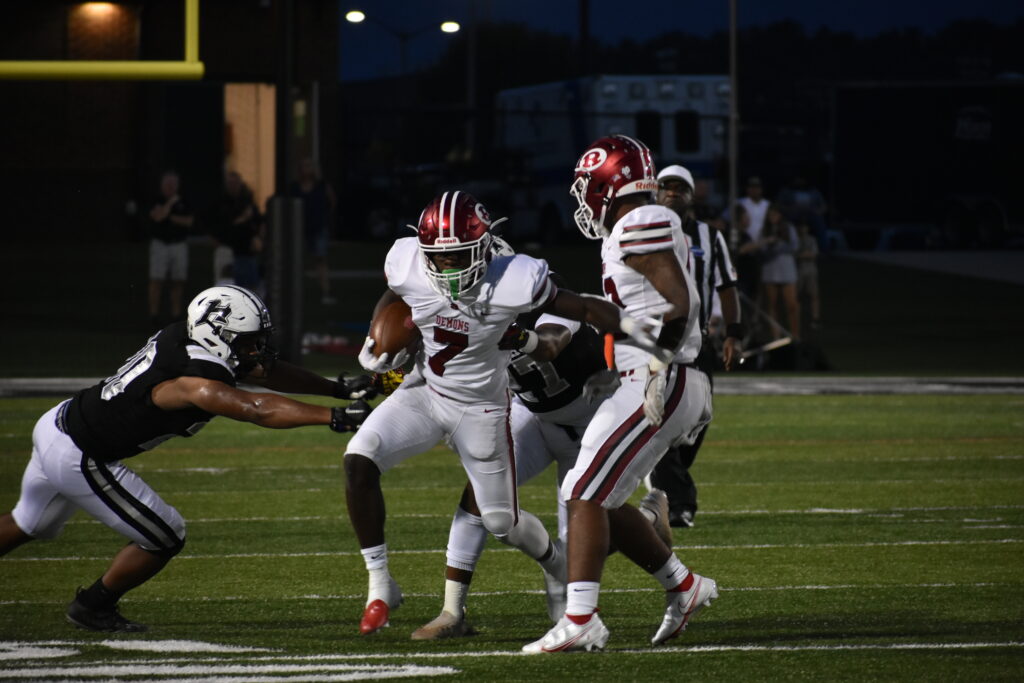 Warner Robins took the ball to start the third and scored on a six-play, 58-yard drive. Deuce Petty ran it in from the 9.

Houston County, with a number of subs getting in for the Demons, moved it some on its first possession but eventually turned it over on downs. With a running clock, those were the only possessions in the third. Warner Robins finished its scoring with a 44-yard run by D.K. Sturn.

Both punted before the Bears got it with 36 seconds left to set up the aforementioned run by Askew.

The Demons improved to 4-0 while Houston County fell to 2-3. 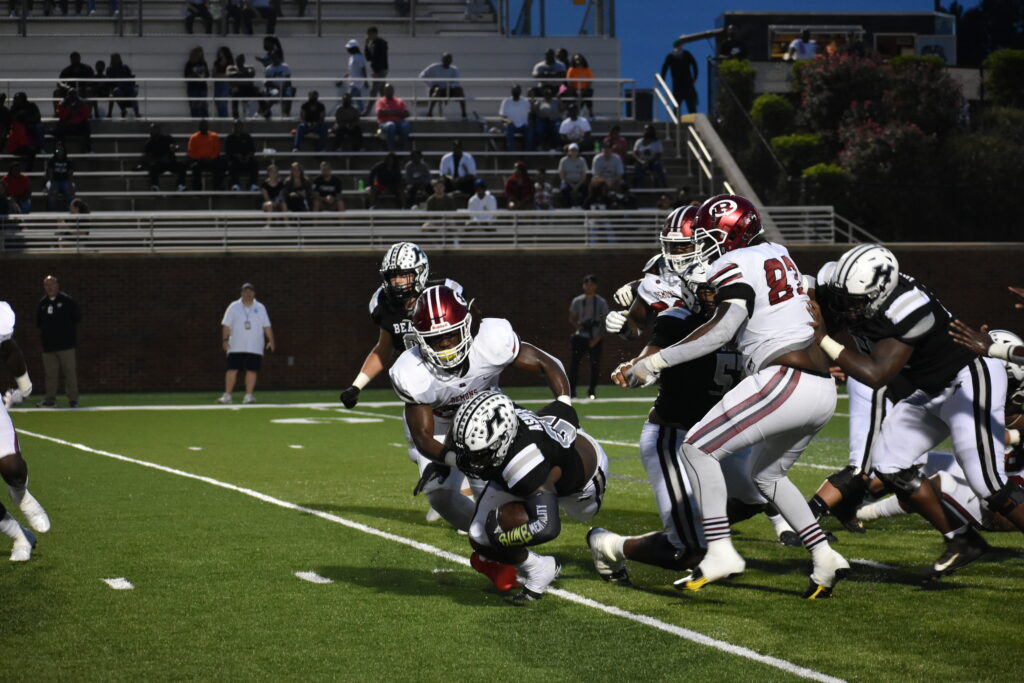 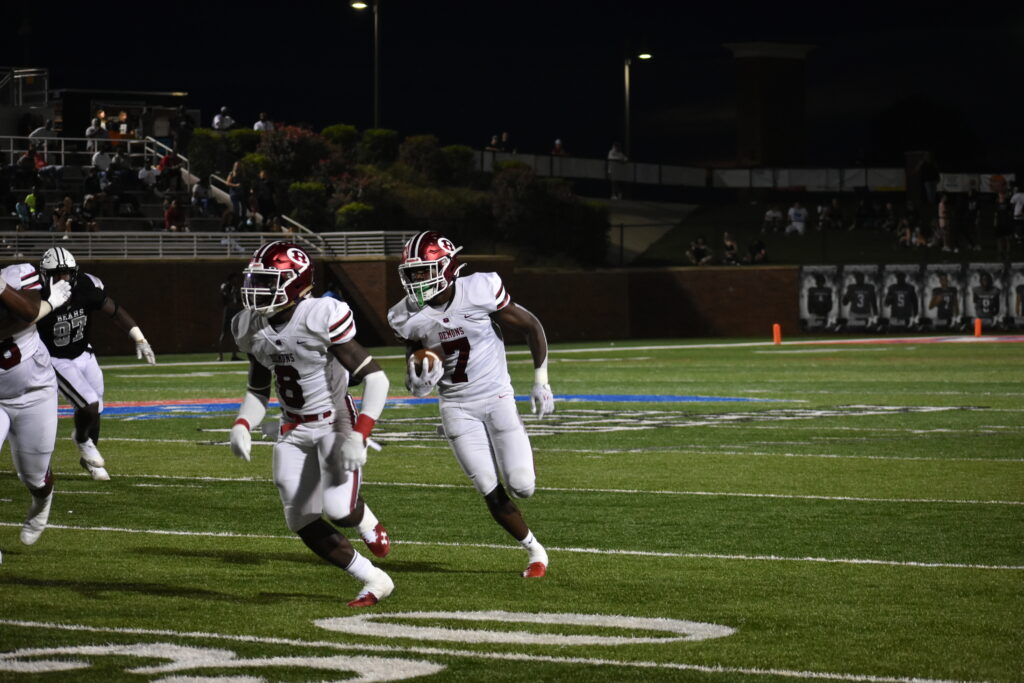