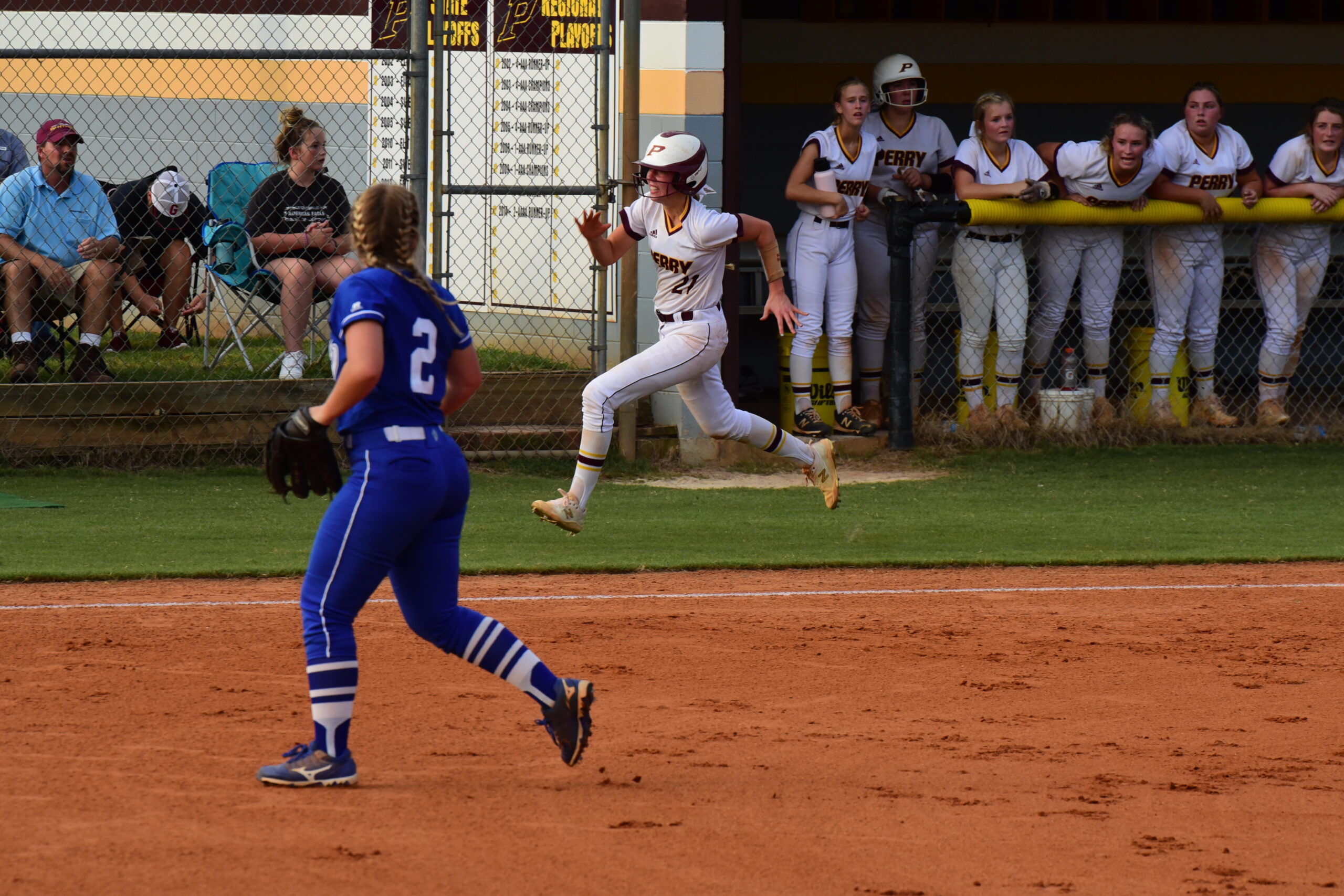 West Laurens continues to be the proverbial thorn in Perry’s side.

Sweeping the Lady Panthers in three last year, the Lady Raiders have now won both games played in 2021. The first was a 2-0 win back on Aug. 19. The second came Tuesday at Perry. It took a six-run fifth to make it happen, but that was presumably little consolation for the Lady Panthers. A loss is a loss.

The Lady Raiders started the game with a four-run first. Back-to-back singles and a walk loaded the bases. A triple nearly emptied them. A sacrifice bunt brought in the third run and an error and another walk paved the way for the fourth.

The Lady Panthers managed to get one back in the bottom half of the inning when leadoff hitter Chloe Davey was hit by a pitch. She stole second and came home on AliRae Dykes’ single.

Perry went out front with four in the second.

Riley Jones walked with one out. With two outs Trinity Odom doubled. That moved Jones to third where Davey doubled them both home. Dykes singled to put runners on the corners before Reagan Hughes singled to bring in Davey’s with the tying run. Harley Crumley singled to bring Dykes home with run No. 5. A walk to Ashley Kay Moon loaded the bases, but a popup to short ended the threat.

Things settled down a bit – although each team put at least one runner on in each inning – before the aforementioned fifth.

Davey went on to finish 2-3 for Perry. He drove in two and scored twice. Dykes was 3-4 with an RBI and a run scored and Crumley was 2-4 with an RBI.

It was only the second loss for the Lady Panthers, coupled with six wins, but it put them at 2-2 in Region 4-AAAA. West Laurens improved to 7-0 in the division, 9-3 overall. 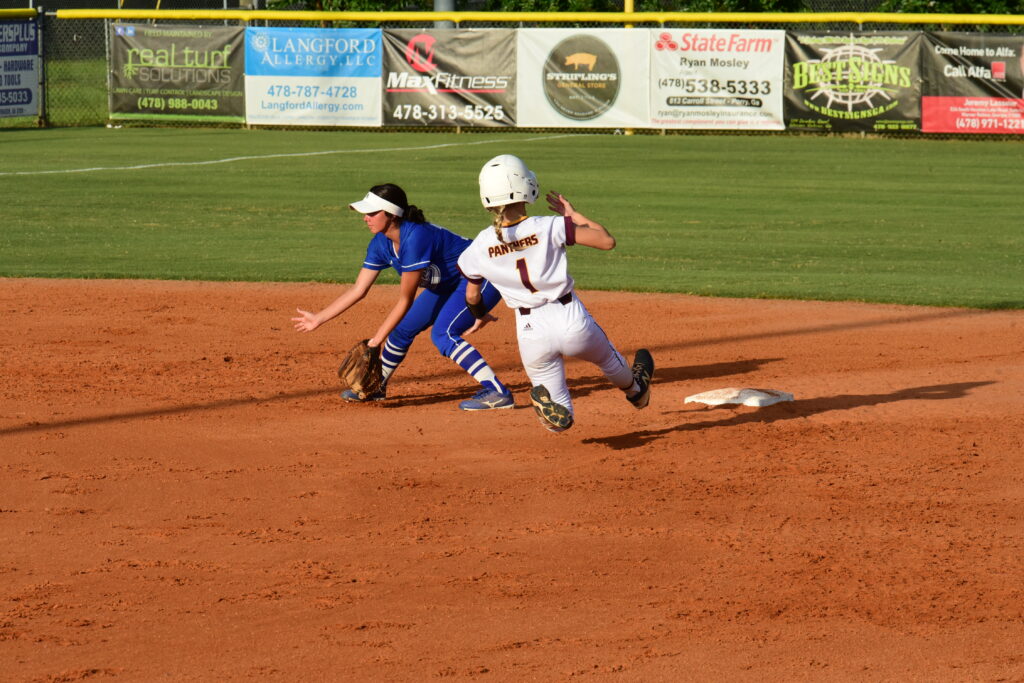 Elsewhere, Northside fell 10-2 to Telfair County on the road. Veterans, after beating West Laurens 1-0 on Monday, fell to Ware County 5-4. That was in a Region 1-AAAAA matchup at home. It evened the Lady Warhawks record to 1-1 in the division, 9-3 overall. Ware improved to 2-0, 6-5.

Veterans got out front in the game 4-0; two runs in the first, one each in the second and third. The Lady Gators pushed two across in the fourth and fifth and went ahead for good in the sixth. They out-hit the Lady Warhawks 9-6. 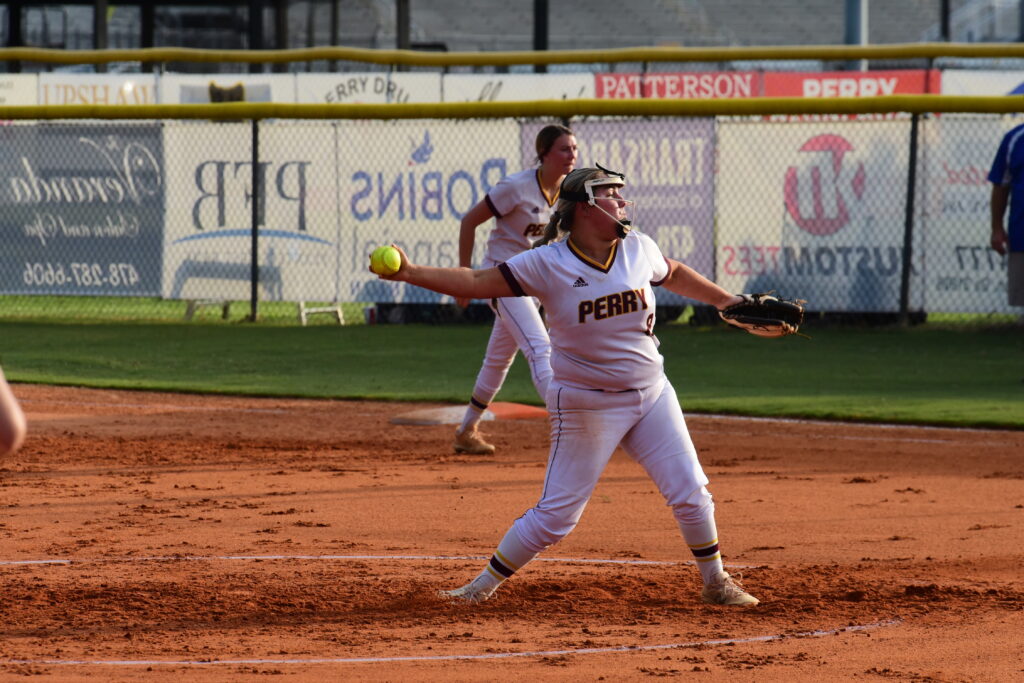 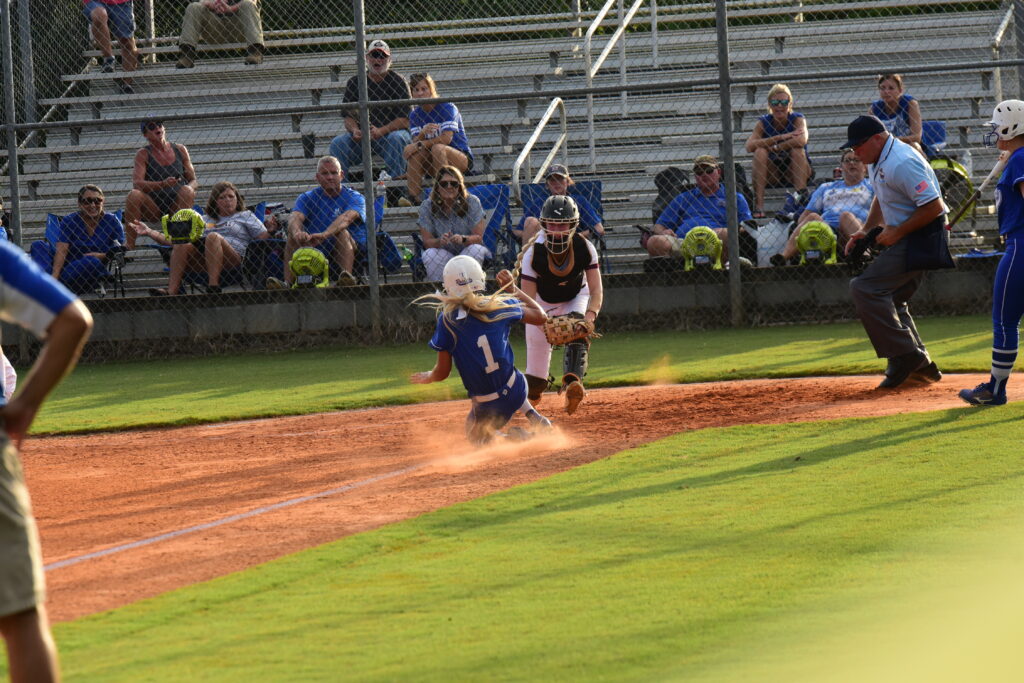 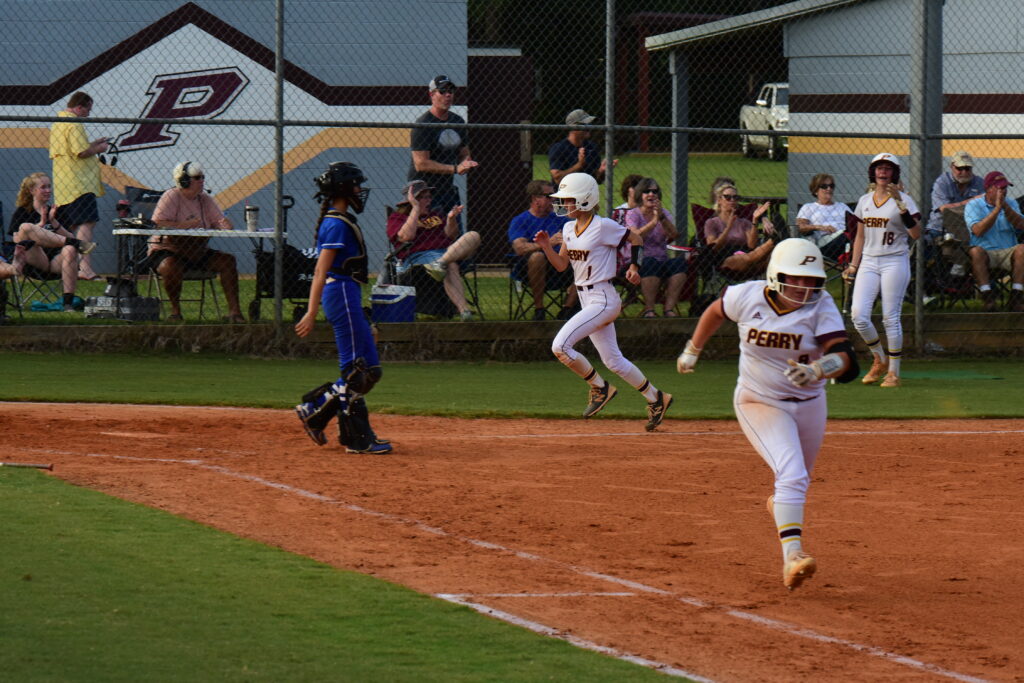