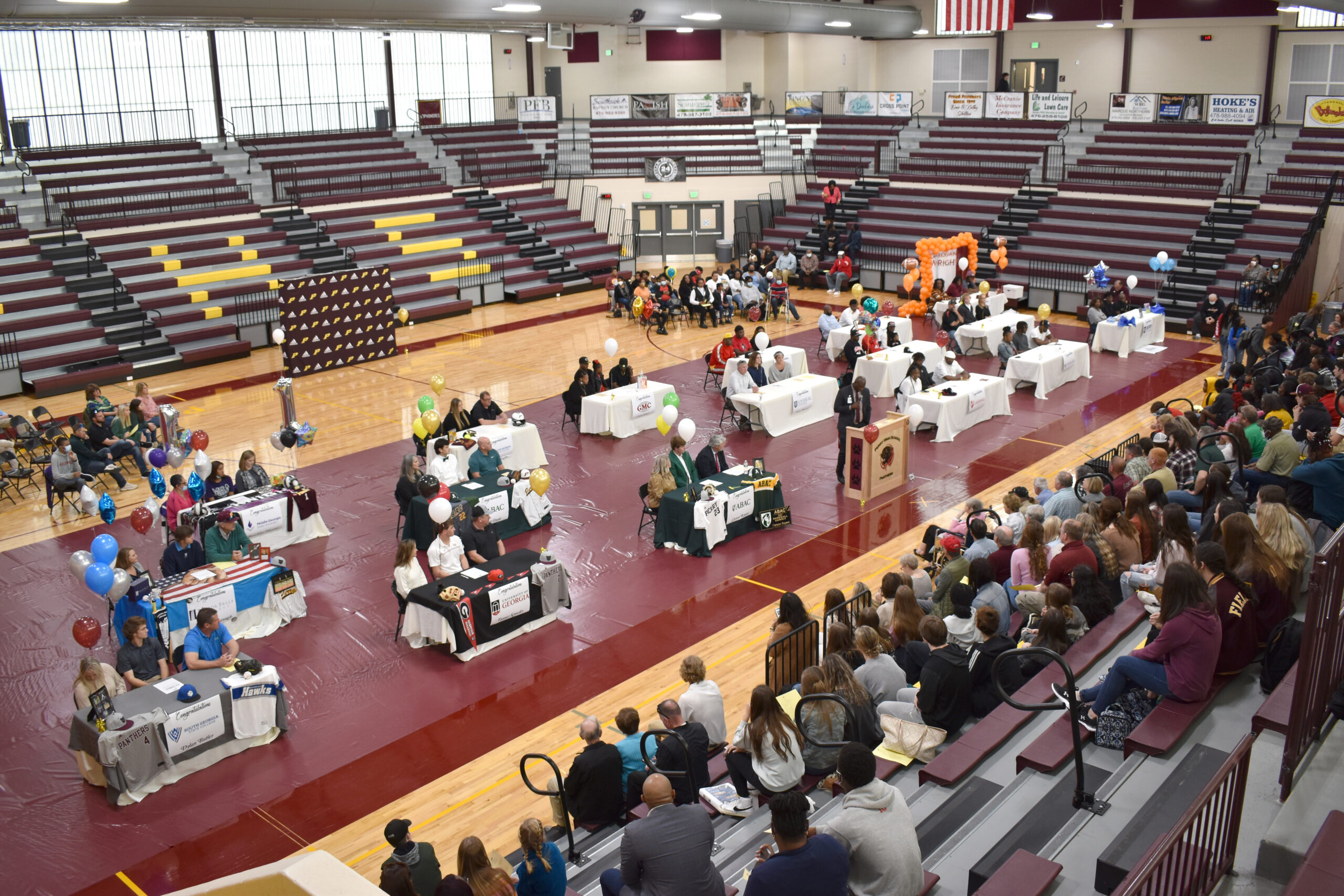 “So proud of this group of young men,” said Head Football Coach Kevin Smith of his. “We had 24 seniors this year. We’ve got 10 signing today. We’ll have one more signing and maybe a couple of more.

That tells you what kind of ability is sitting here on my left as far as football’s concerned. This senior class has really pushed the bar up. It’s not going to be 16 years before we break another school record, because this team right here has taken on the foundation that the seniors before them, four years ago, started. And they pushed it up real high.” 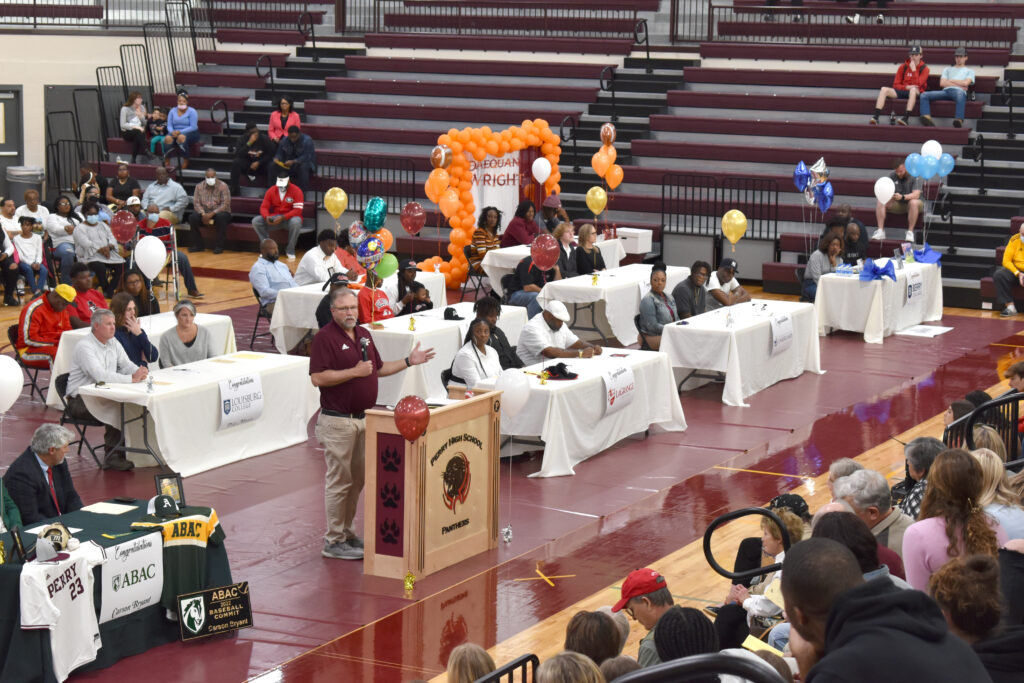 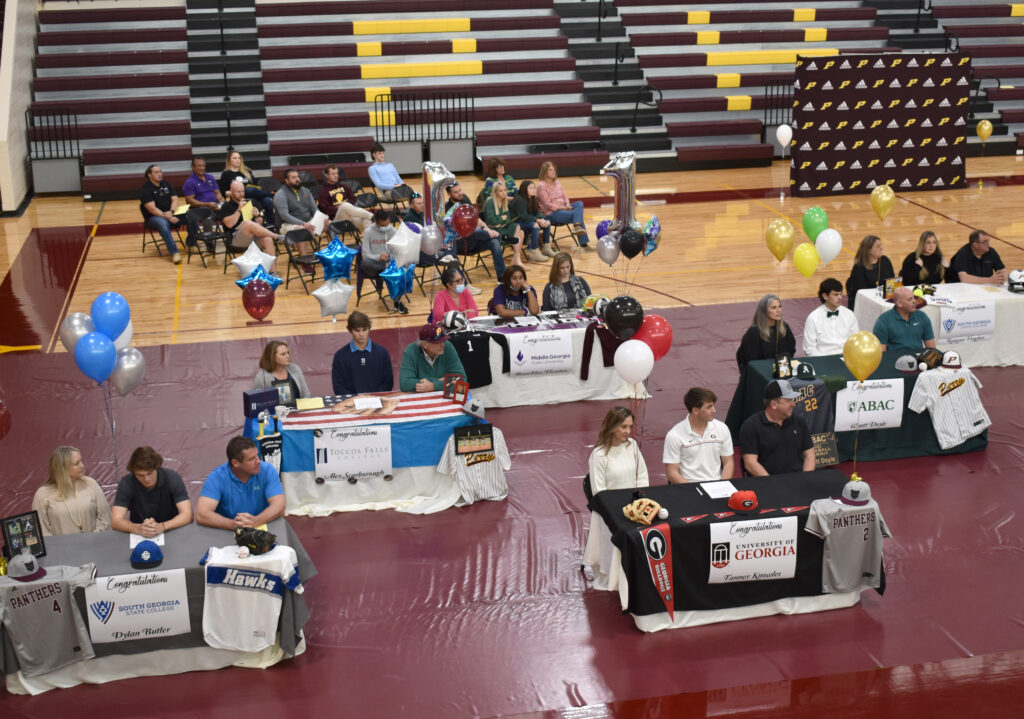 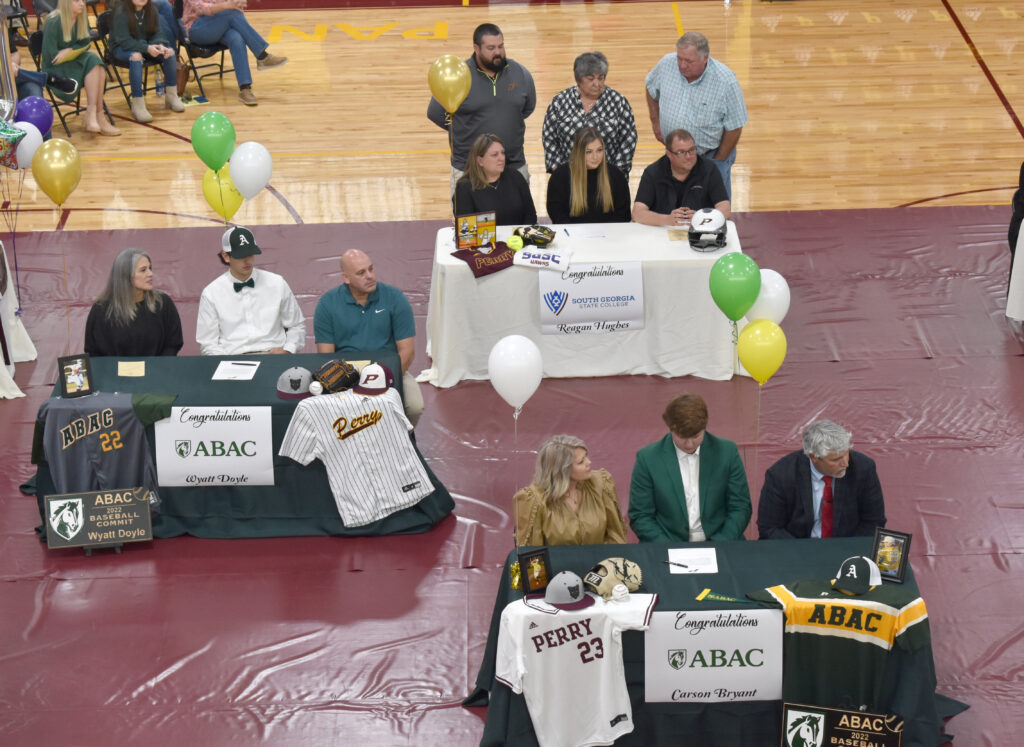