Bears rally for season sweep over Wildcats; Other results 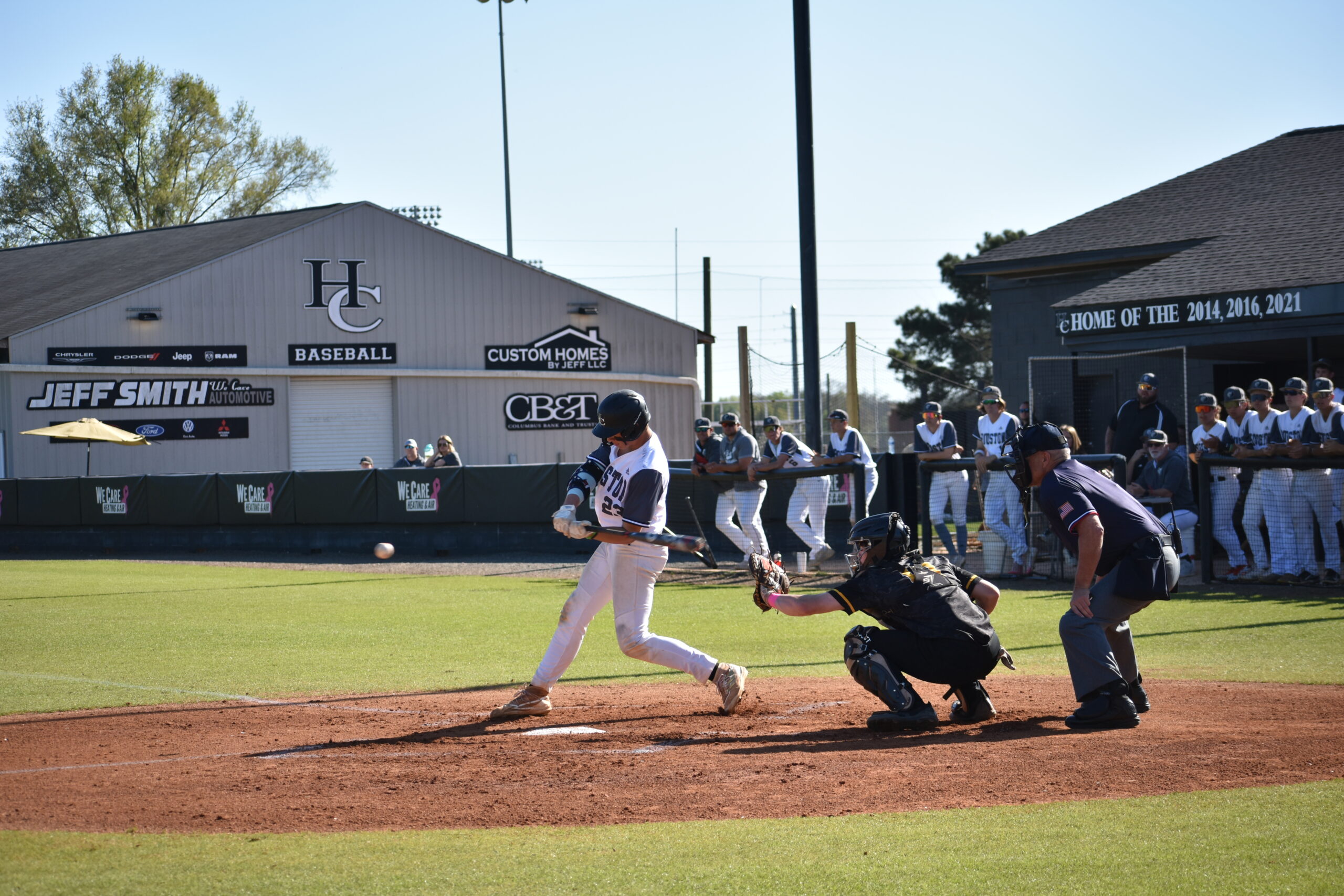 Valdosta walked away shaking its head. Houston County, surely already full of confidence, walked away with even more.

Especially after it had rallied from a 7-2 deficit to a 10-9 win in walk-off fashion in eight innings in the twilight game of a doubleheader Friday at home against the Wildcats. That combined with a 14-6 win at Valdosta on Tuesday and a 9-2 win to open Friday’s doubleheader gave the Bears the Region 1-AAAAAA sweep over its rival to the south. It also put them at 3-0, 16-4 overall while dropping the Wildcats to 3-3, 14-6. 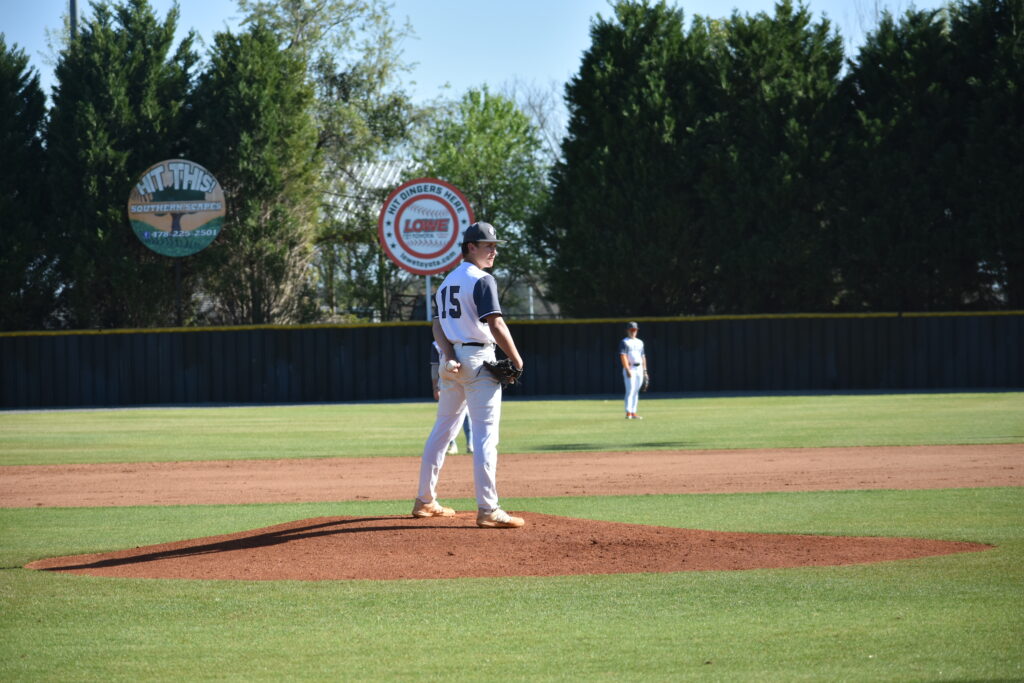 The first game in the twin-bill was a lot closer than the score indicated. Houston County put three on the board in the third. That was it for both until Valdosta answered with a pair in the sixth to cut it to a run. Even then they might have held onto a spark their rally could continue when Gage Harrelson gave up a single and a walk to start the seventh, but then he struck out the next three to end the game.

He pitched two innings with that being his only hit. That was his only walk and he also struck out one more. Carson Small did most of the work on the mound. He worked five innings, gave up five of the Wildcats’ hits, walked three and struck out eight.

Drew Burress helped lead the offense. The Bears had 11 hits in all. He was 2-3 with a walk. One of those a homerun. He drove in three and scored once. Garrett Hortman also had a homerun, and he had a double, while also earning three RBIs and scoring once.

Andrew Dunford was 2-3 with a walk and two runs scored and Hunter Chiapetta was 2-2 with a walk.

Valdosta used a four-run first to get out front in Game 2. The Bears answered with a pair in the bottom of the second but the Wildcats added two more in the top of the third and one n the fourth.

Houston County got one back in the fourth and made it a one-run ballgame with three in the fifth.

The Wildcats made it 9-6 with a pair in the sixth. An error to start the seventh put Elijah Smith on but a double play erased him.

Harrelson then went deep and Burress went deep. Dunford laced a double to right before Hortman singled him home to tie it. A fly out ended the inning but Chiappetta drew a walk to start the bottom of the eighth. Smith drew a walk with an out in the books and Blaydin Alaniz’s bunt turned into a single to load the bases. Harrelson then singled home Chiappetta for the win.

The Bears finished with 15 hits. The Wildcats had 11.

Harrelson was a phenomenal 6-6. He had a homerun, drove in six and scored once. Burress also went deep. He also walked three times while going 1-2 with an RBI and a run scored.

The Bears, with a few non-region games in between, will take on their next region opponent April 12. That will be Lee County – their three finishing up April 15. The will finish out region with a best of three against Northside beginning April 19. 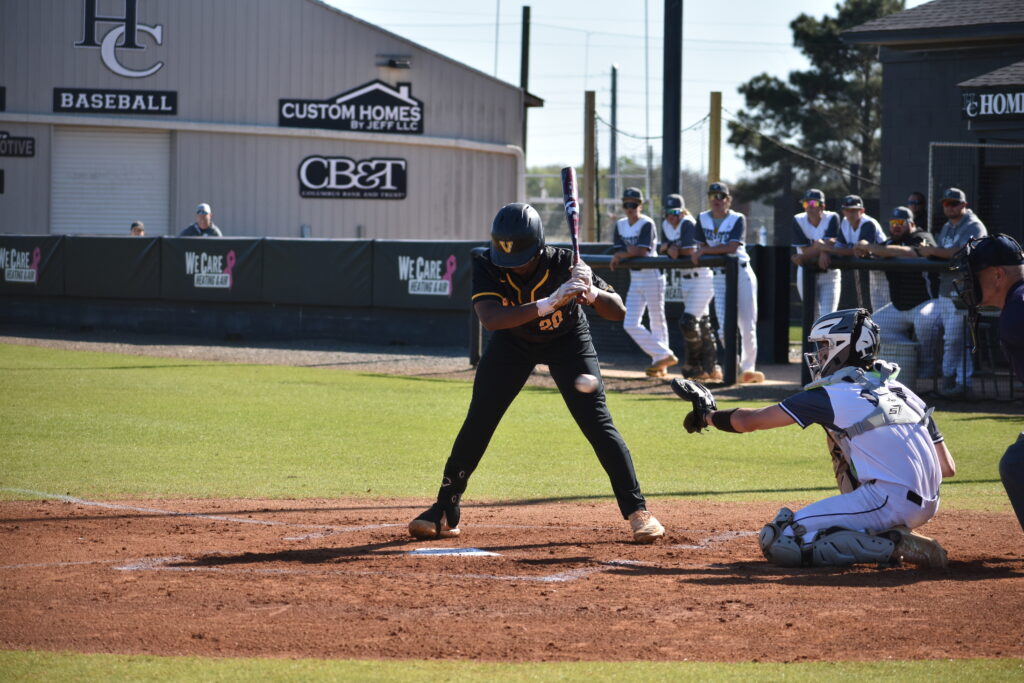 Elsewhere, Veterans might be feeling a little bit like Valdosta. The Warhawks beat Coffee 6-5 on Tuesday, but Friday on the road lost a doubleheader to it.

Perry shared none of that. It won its ninth straight with a sweep at Baldwin. The Panthers beat the Brave 15-0 on Thursday, then crushed them 12-1 and 15-1 on Friday.