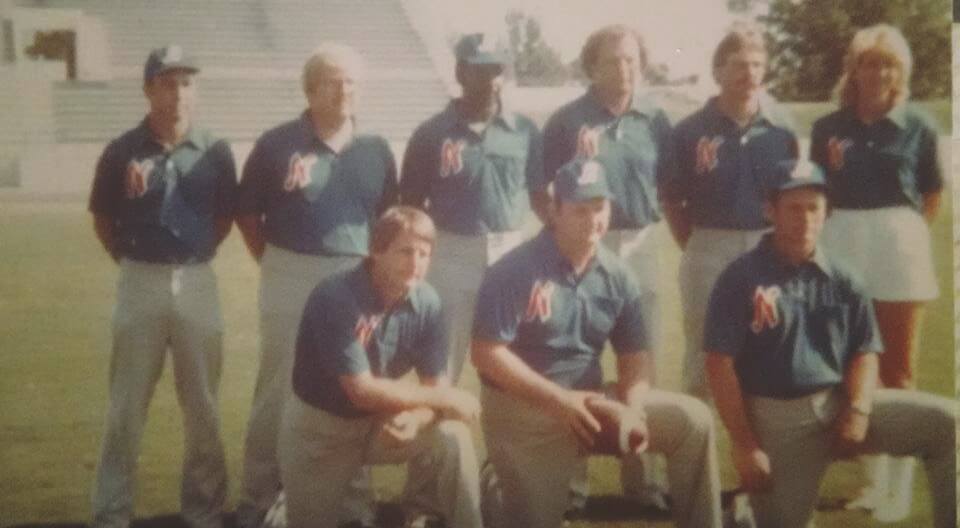 Pictured: Coach Carpenter is in the center, front row with the football

some of Houston County and Middle Georgia’s winningest coaches. Each month, Coach Mobley will sit down with these local legends to discuss their career milestones, football insights, and personal inspirations. This month, Coach Mobley talks one-on-one with retired Coach Danny Carpenter.

Danny Carpenter, former head coach, principal, and superintendent, has been a large contributor to our community’s success today. As a football player, Carpenter was an offensive lineman from 1967-1969, and in 1969, was named as an All-State tackle. He was an assistant coach under Conrad Nix and then eventually became head coach of the Eagles from 1982-85. In his tenure there, he went 33-13. After the 1985 season, Carpenter went into administration and became principal at the Alternative School at Pearl Stephens. That school gave young students an opportunity to continue their education although they may not be in “high school”. In 1990, he helped create the Elberta Open Campus High School and in  May of 1999, he helped create the Houston County Career & Technology Center and the Houston County Crossroads Center as the Director of Alternative Programs for Houston County Schools. In 2003, he was selected as Superintendent of the Houston County School System and served until his retirement in 2007.