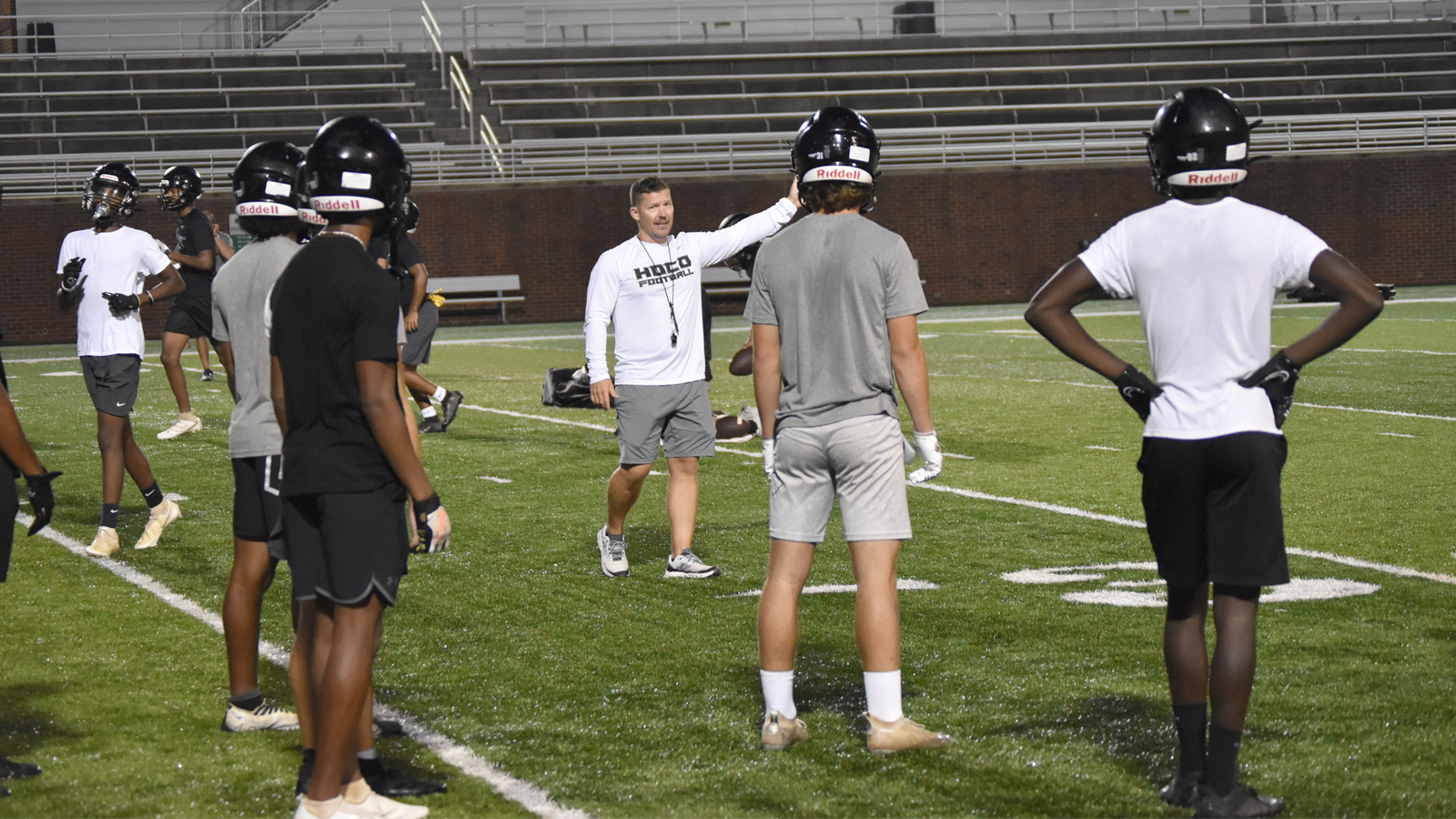 That’s how new Houston County Head Coach Jeremy Edwards describes his and the Bears’ summer. Edwards would know, he knows busy. In fact, he’s had a busy career so far … a “whirlwind,” is how he describes it.

After graduating from Dacula High School, he went to Georgia Southern where he got a degree in sports management. That was in 2002. After that, he said he went into “sales” for “about” three or four years, licensed apparel. It was, how would he say, “not what I wanted to do. Not my end game. Not the best for my career.”

So instead, he found himself reflecting upon the impact his high school coach had on him. That, coupled with his playing days, led him to the conclusion: “I wanted to be involved again in athletics.”

He “retired” from sales – a bit tongue-in-cheek from him and went back to school. He earned an education and health and safety degree at Kennesaw State University, and then got hired as a student teacher for Kennesaw Mountain High School. He helped out wide receivers and “things like that, so I was kind of introduced to high school football pretty quickly.”

From there he went to Berkmar High School. He worked one year as a receivers coach and then in his second got the break that has maybe propelled him to where he is today: offensive coordinator.

He moved to North Gwinnett after a couple of years. Northview followed as did North Paulding a year later – all still as offensive coordinator. North Paulding brought plenty of success. They hadn’t been to the playoffs, he said, whereas the four years he was there, they did. 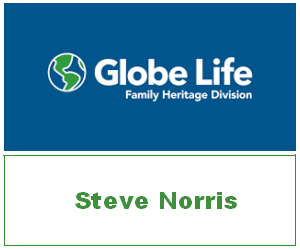 Cairo followed that and then out of the blue, Marquis Westbrook, after getting the call to coach Warner Robins, came calling. (As did Principal Chris McCook, by the way, he said.) He helped the Demons win back-to-back state titles and now will lead the Bears.

On them, offensively, he said: “Our philosophy is we’re an attack offense. Where we’re playing with some tempo. And we do some things that are a little outside the box as far as our wide splits and things like that.

“It’s kind of one of those things, you say balance, we love to be balanced, but we’re going to do what the defense gives us. If it’s throwing it the whole night, we’ll have to do that. If we need to run it, we’ll run it.”

To listen to complete interview, click the link below. 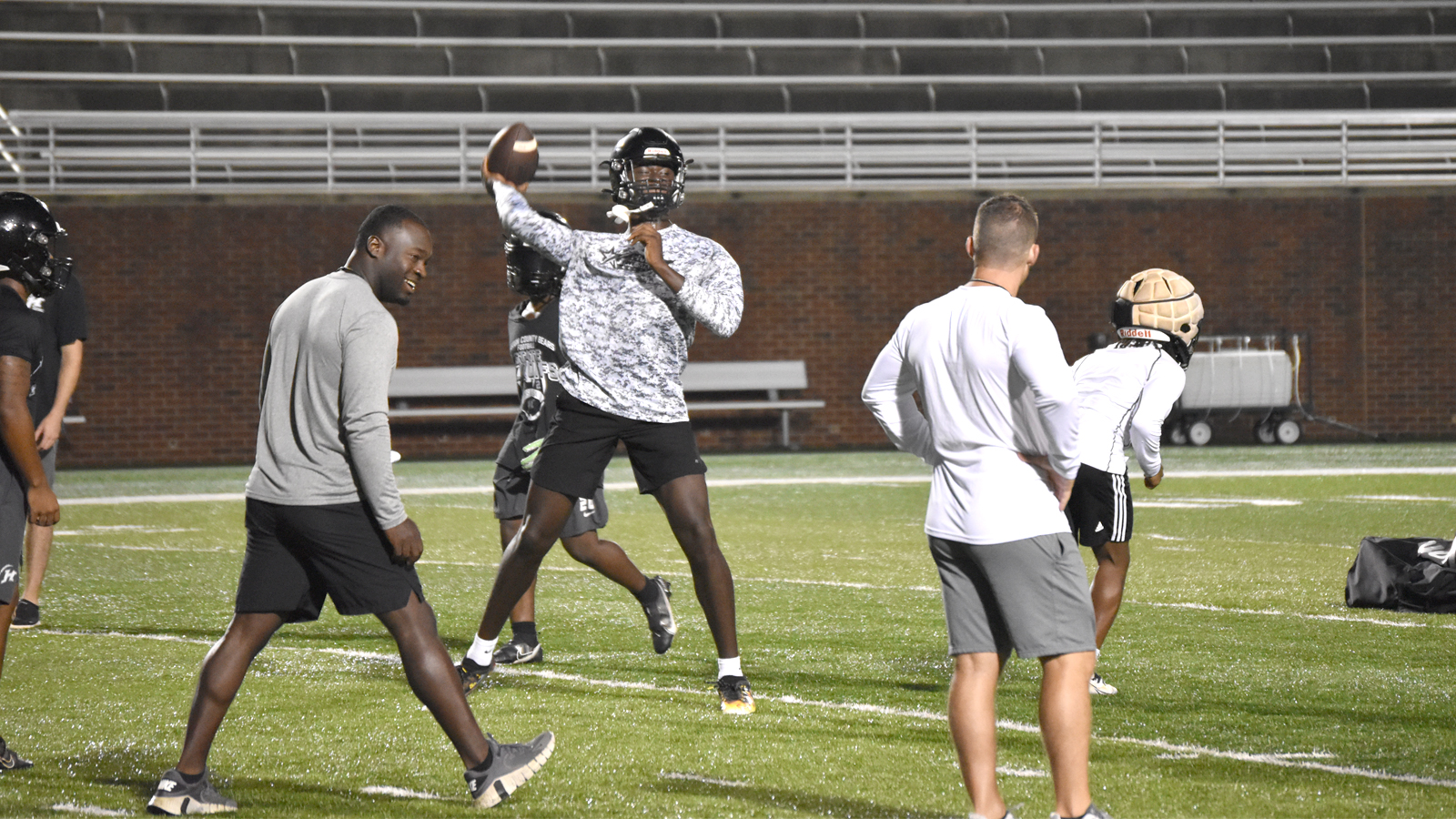 QB AJ Hill will return for his Sophomore season 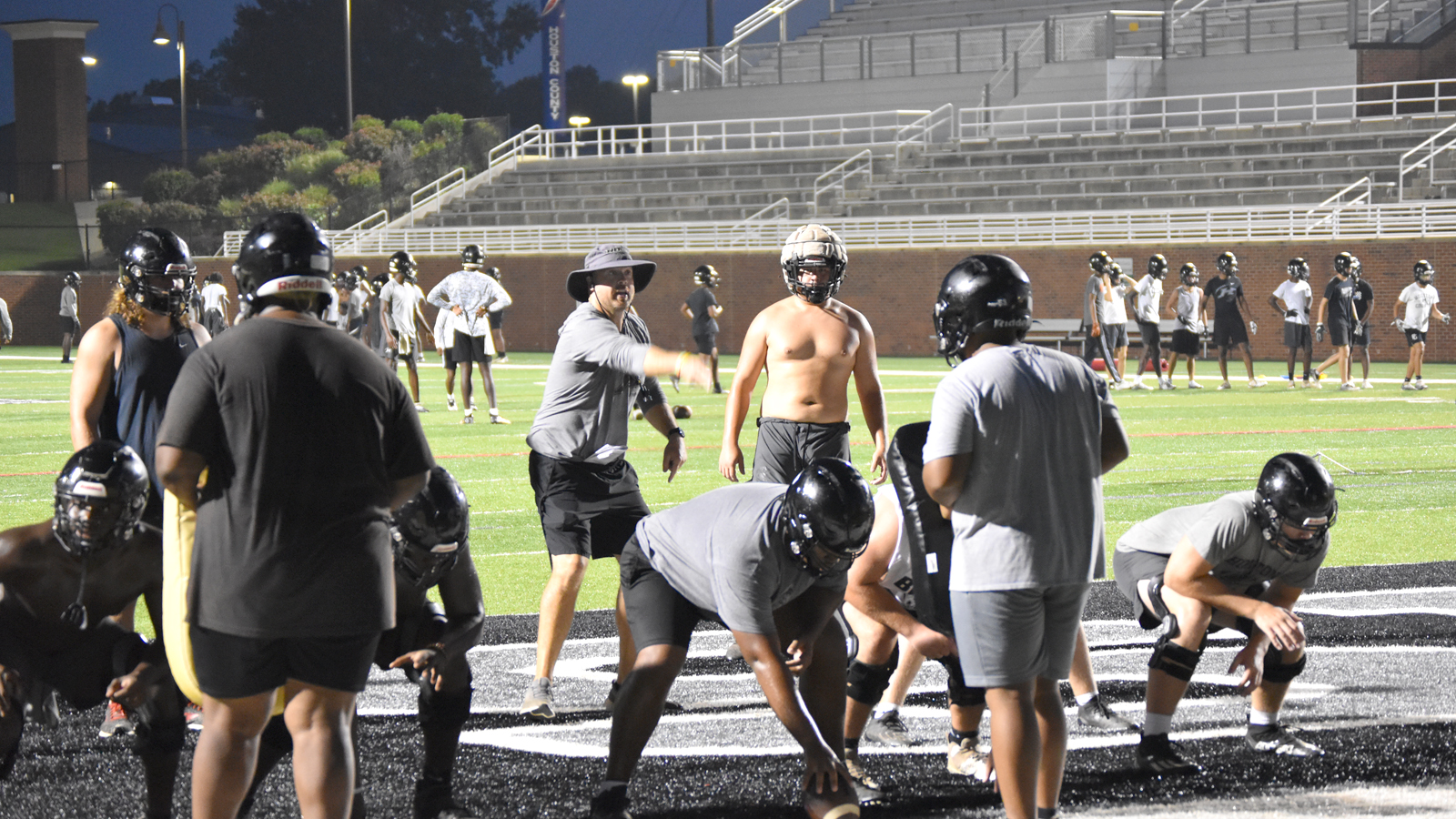