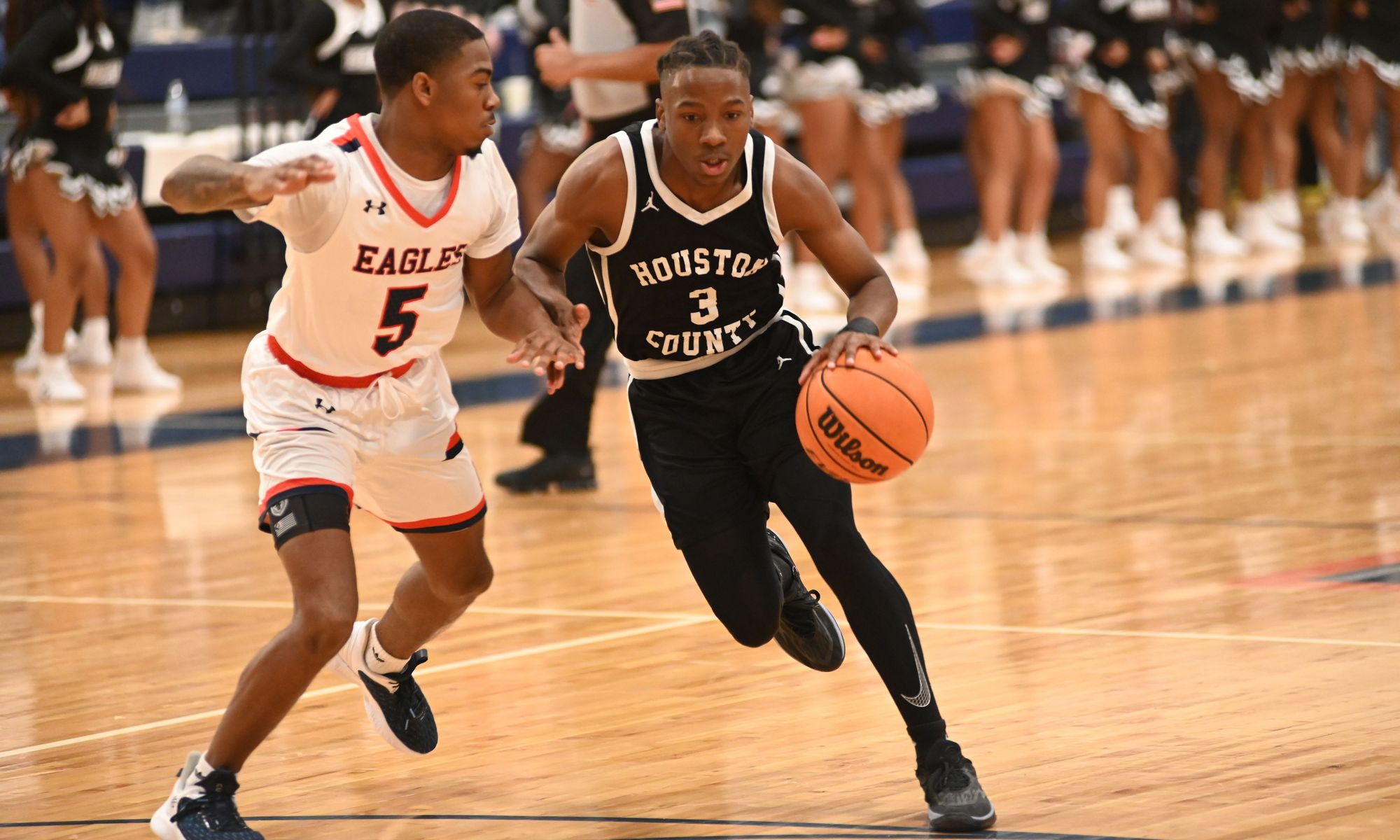 The Hoco Lady Bears & Bears defeated Northside yesterday at the Eagles’ Nest with the girls winning 47-30 & the boys winning 77-72. On the girls end, Northside scored the first four points of the game until HoCo found momentum & ended the first quarter on a 10-1 run to bring the score to 10-5 HoCo after one.

HoCo would put the game away by dominating the fourth quarter 12-4 to bring the final score to 47-30 HoCo. Annaleigh Munn led the Lady Bears in scoring with 14 points (all in only the second & fourth quarters) followed by Jayla Holden with 11 points.

Northside was led in scoring by Camiyah Hudson who scored 18 of Northside’s 30 points (60% of all points scored) followed by Milly Covington with 8. HoCo improved to 8-6 overall; 1-1 in region play while Northside fell to 2-10 overall; 0-3 in region play.

On the boys end, this game would be relatively close throughout it’s duration with HoCo coming out on top 77-72. The game started out with tons of offense as both teams went back & forth taking the lead several times & the first quarter ended 22-20 in favor over HoCo (there were over 10 lead changes in the opening quarter).

fense as the Eagles outscored the Bears 12-11 to bring the score to 33-32 HoCo at the half. The second half featured multiple momentum swings in the third with Northside leading by four & then HoCo flipping the game in their favor to lead by 10 & then Northside cut the gap down to two by the end of the third quarter with the score being 55-53 HoCo.

Northside was unable to tie the ga

me or take the lead during the fourth quarter as HoCo had answers on offense to keep the Eagles at bay to prevail 77-72 on the road. Both teams had three players in double figures in points scored. For HoCo; Malachi Jackson 22 points, Antwan Ziegler 18 points, & Kameron Plummer 13 points & for Northside; Ricardo Jones 26 points Keron Milton 25 points, & Duke McClinton 11 points.

egion play while Northside fell to 5-8 overall; 1-3 in region play. These tw

Elsewhere, Perry went 1-1 at home against Peach Co with the girls falling 56-37 & the boys winning big by a final score of 82-34. Veterans traveled to play Lowndes yesterday night & would also end in a split. The Lady Warhawks picked up the big non-region road win by defeating the Lady Vikings 50-47 while the boys for the second time this season got pummeled by the Vikings; falling this time by a final score of 68-41.

Friday saw four of the five Houston Co teams in action (the Veterans boys & the Warner Robins girls games were recapped in Friday’s article). The Lady Warhawks defeated Tift Co at home 74-54 to pick up the region victory. No final score was reported for the Warner Robins boys region home game vs Ola.

Northside hosted region foe Thomas Co Central on Friday that resulted in a split. The Lady Eagles fell 72-35 while the boys won a close game over the Yellow Jackets 75-73. Perry hosted region foe

West Laurens that would also result in a split that saw the Lady Panthers fall 46-37 while the Panthers won 74-60. 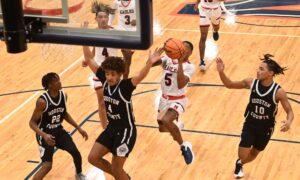 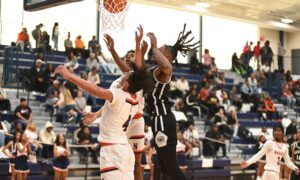 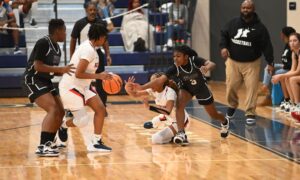 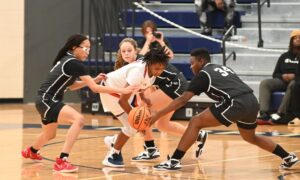 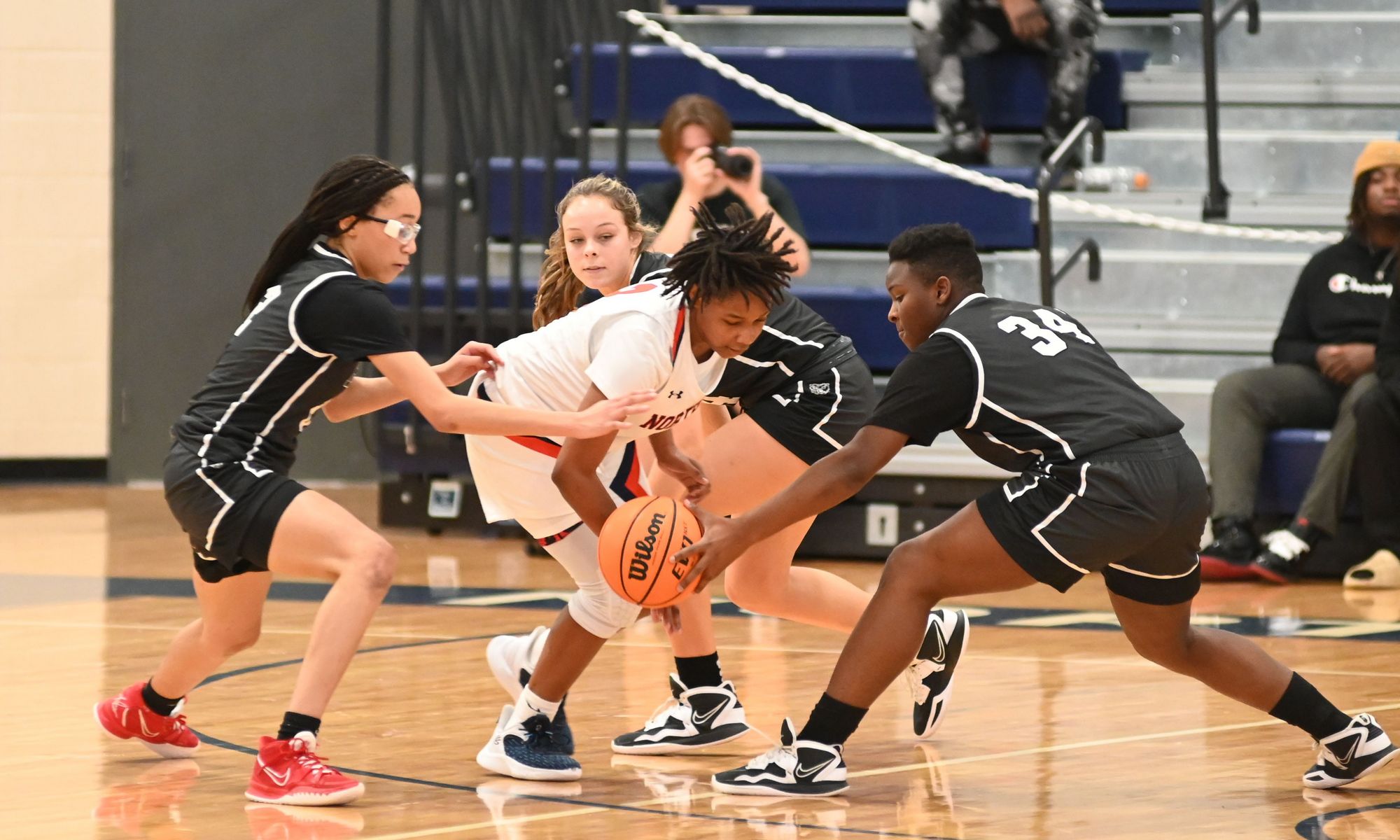 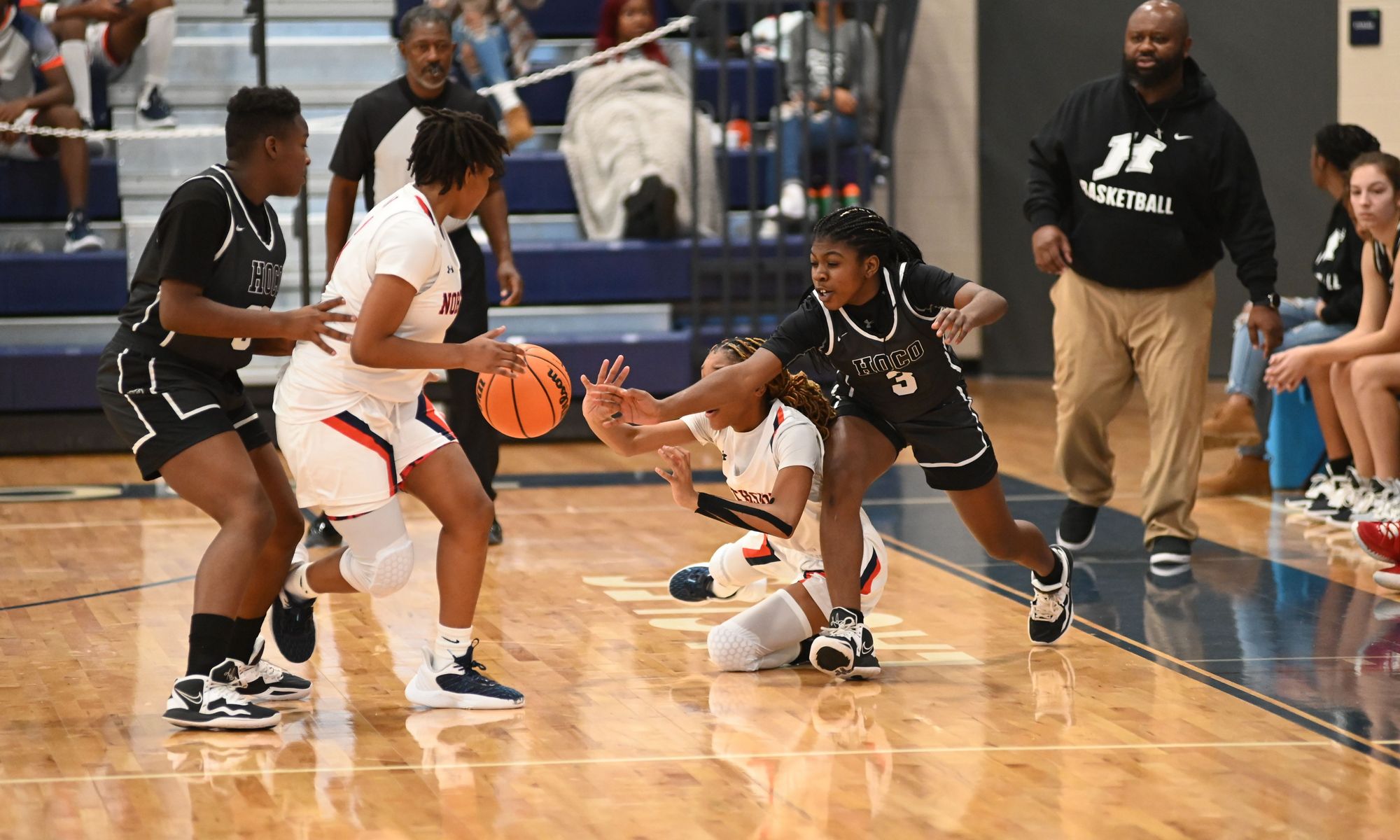 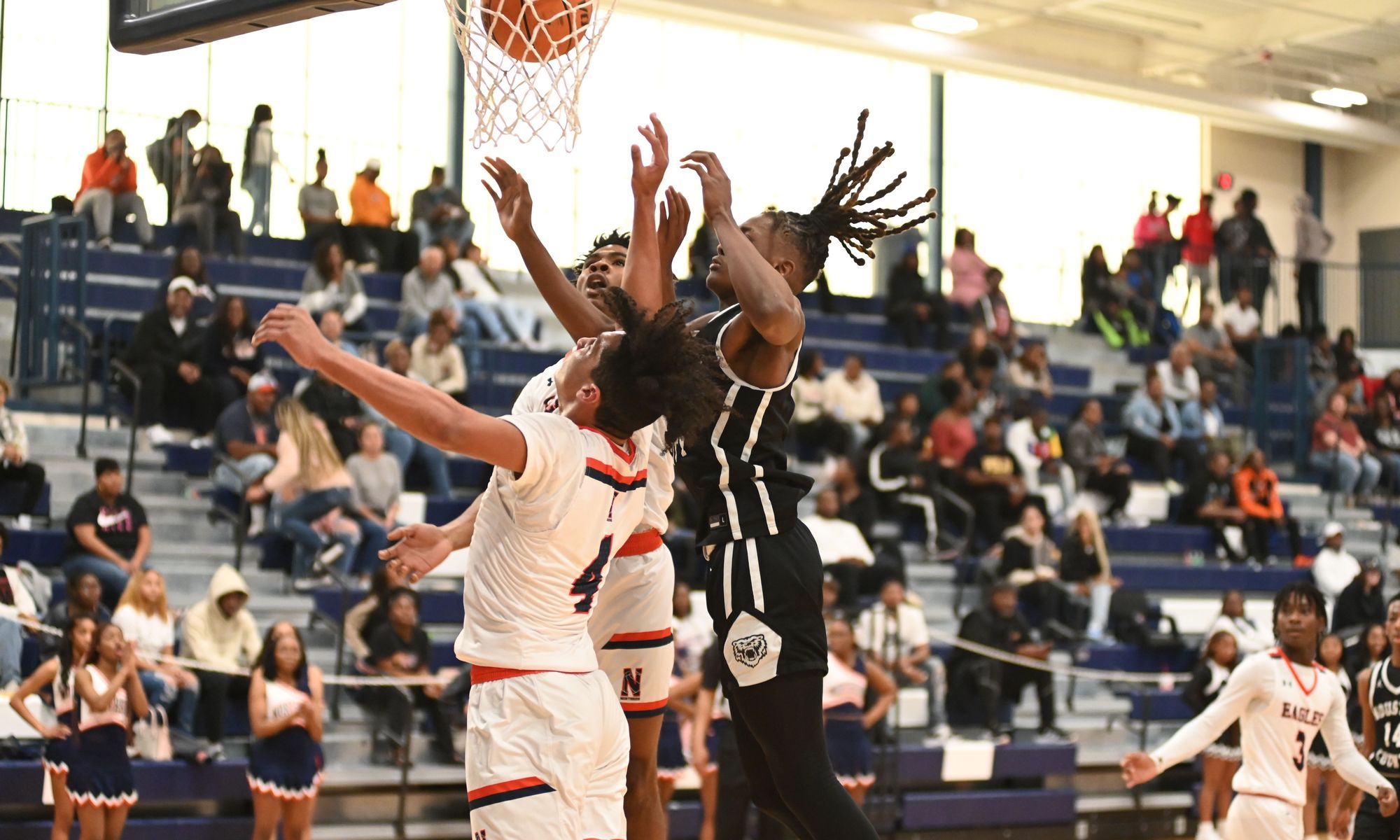 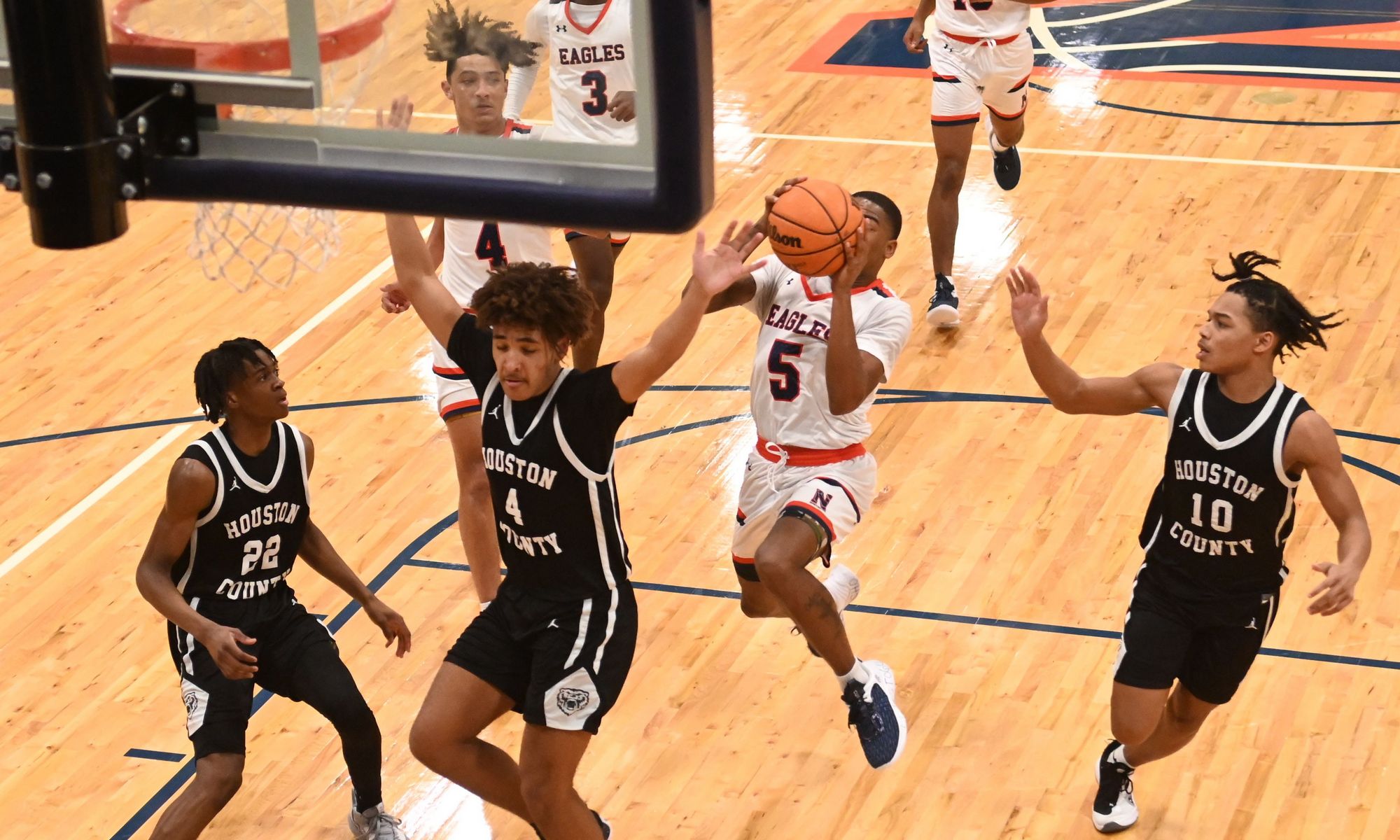