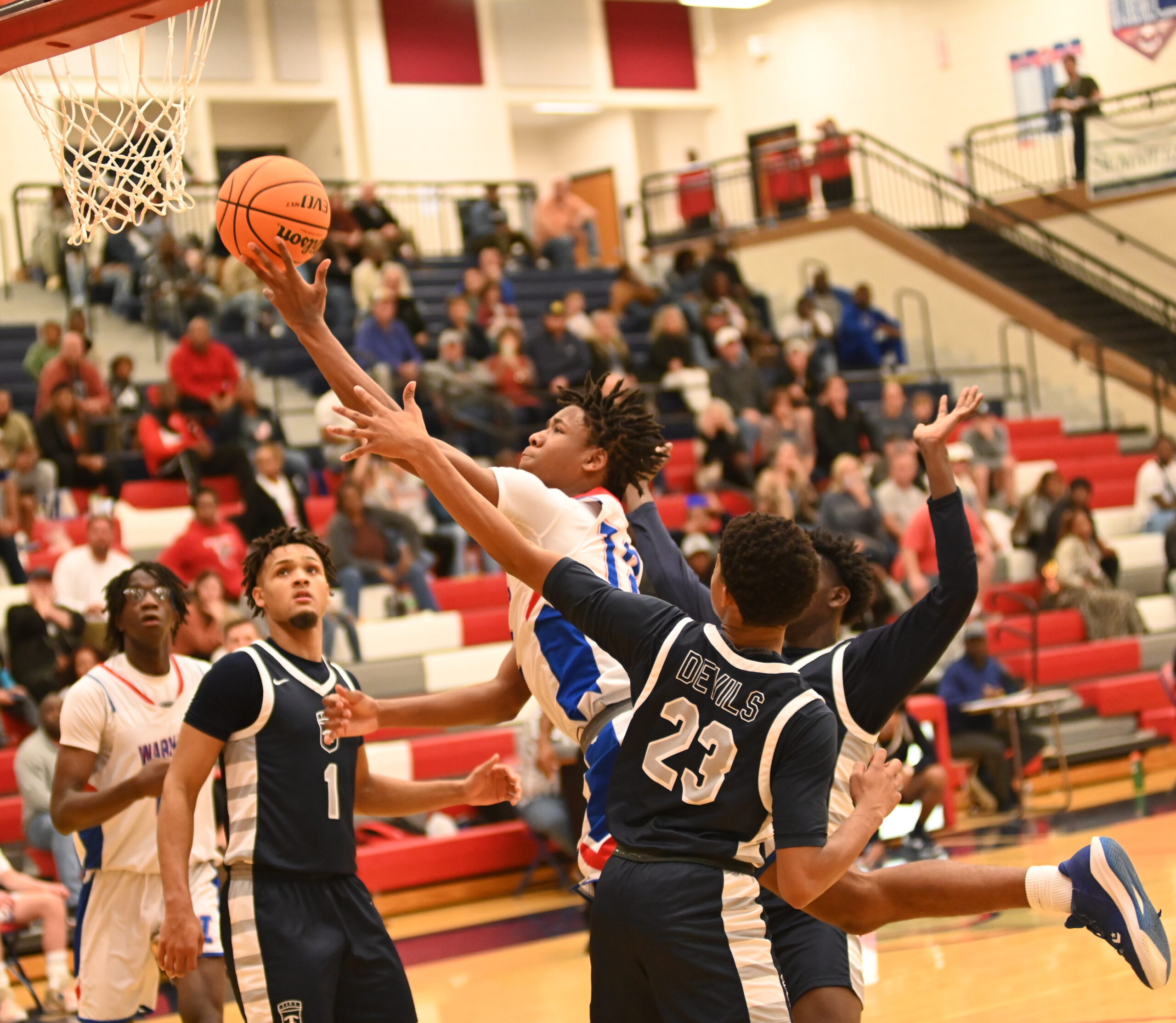 The Veterans Warhawks made a big time rally to force overtime & defeat the Tift Co Blue Devils 58-49 in OT at the Warhawks Nest Friday Night. The Warhawks trailed by as much as 13 points late in the 3rd quarter & were able to cut the deficit down to 10 by the start of the fourth.

Veterans was able to nibble away at the deficit & eventually they took the lead 47-46 with :51.5 left in regulation thanks to a Jaleel Wright steal that led to a Chandler Thomas two point go-ahead field goal.

Tift Co made their first free throw but missed their second with less than 10 seconds left & the Warhawks picked up the rock & it looked like Veterans made an errant pass but Tift Co was called for the foul that sent Chandler Thomas to the free throw line to shoot two shots with :04.3 left in regulation. Thomas made both free throws to tie the game at 49.

After a an errant Warhawks pass that led to a turnover that ran no time off the game clock; the Blue Devils had one last shot with :00.6 left but the shot was below the rim as regulation expired.

That would usher in overtime where the Warhawks would dominate the Blue Devils by shutting them out 9-0 in the extra frame that included a big time Aaron Jones block with less than two minutes left in the extra frame.

Elsewhere, the Demonettes of Warner Robins cruised to a dominating 68-33 region win over the Ola Lady Mustangs at the Weatherspoon Gymnasium on the campus of WRHS. Warner Robins used their size to their advantage & created multiple turnovers & turned them into points.

The game was tied at 6 early on until the Demonettes got on a 32-4 run to put them way ahead & stay there the remainder of the game. 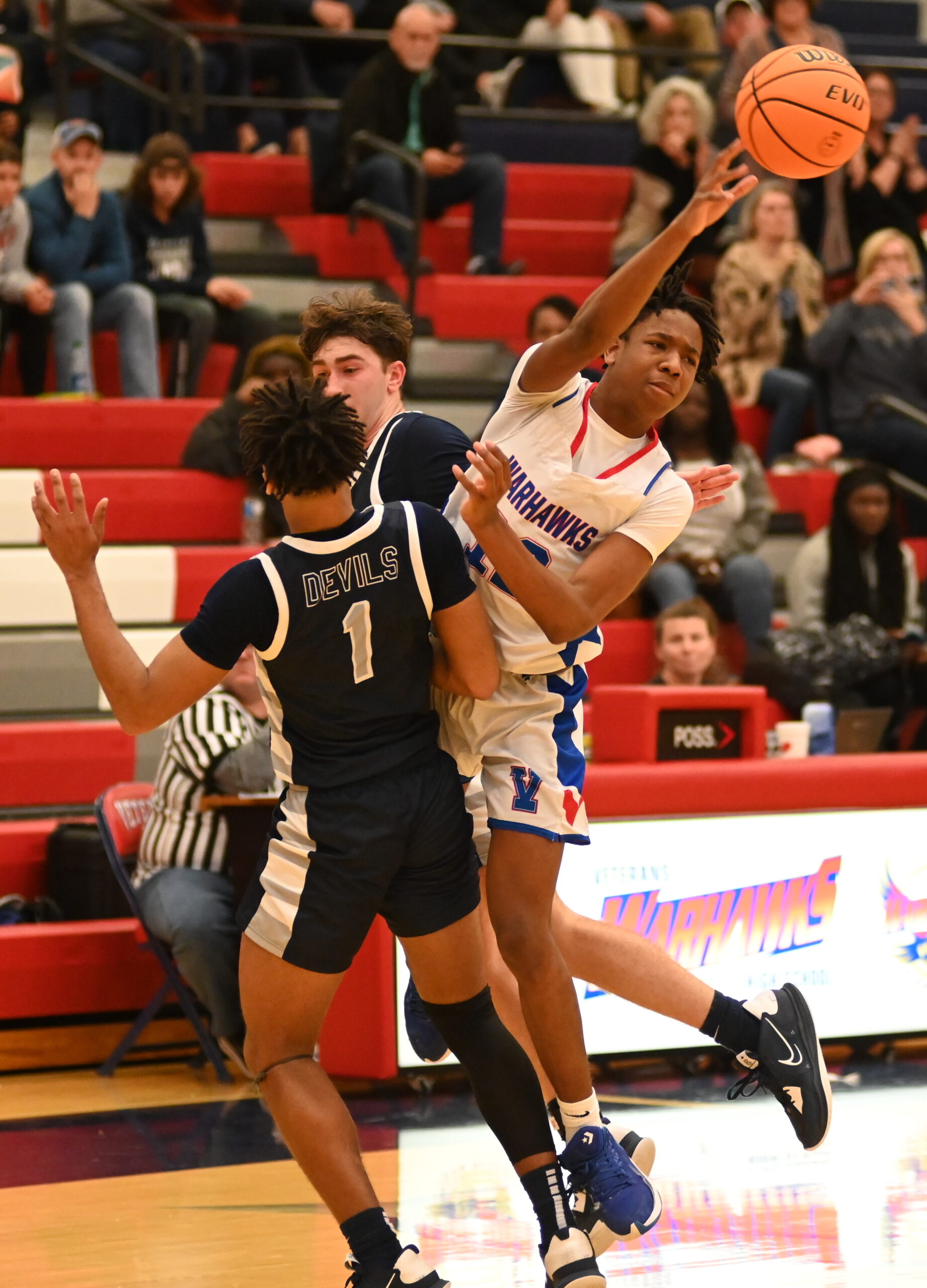 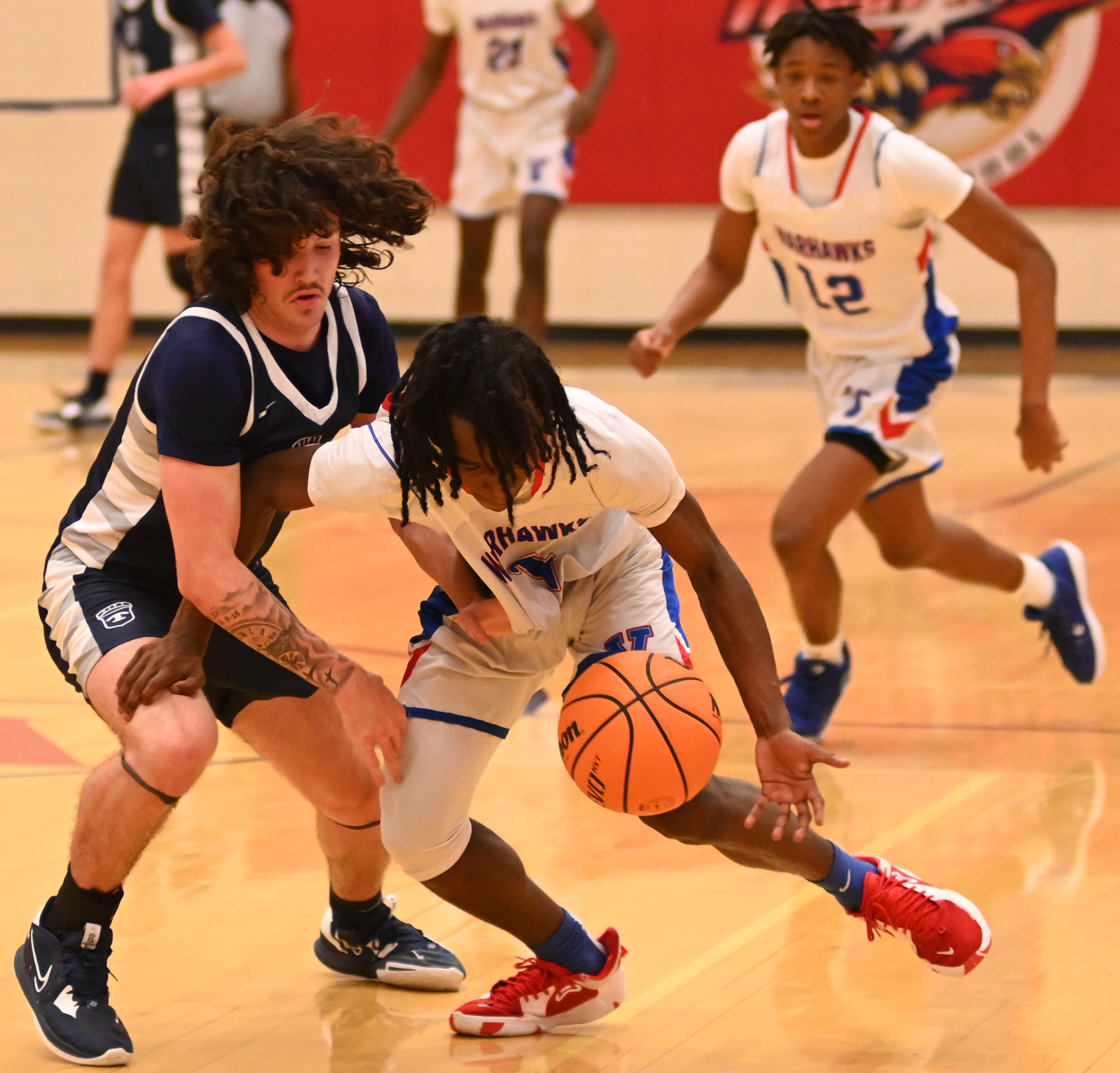 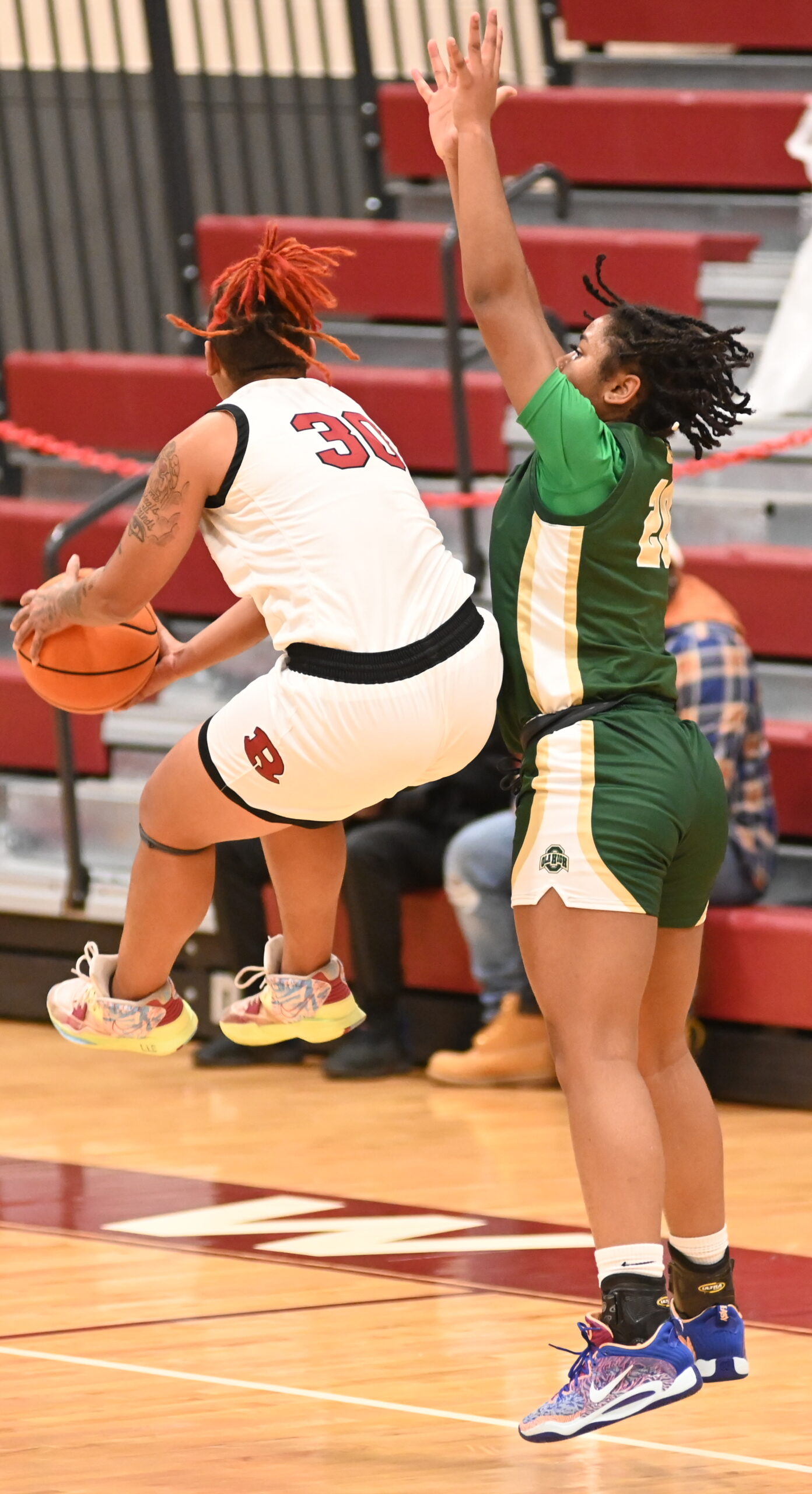 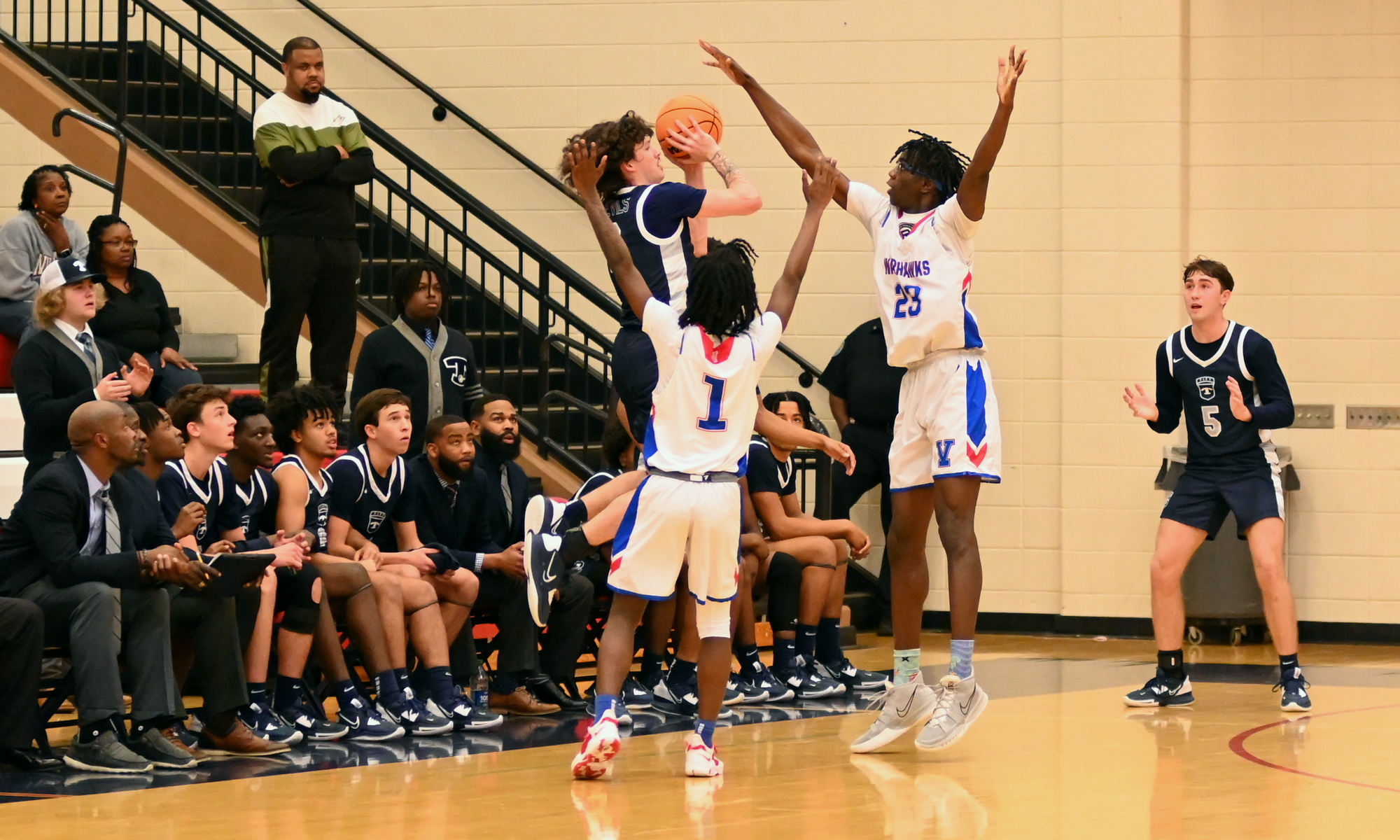