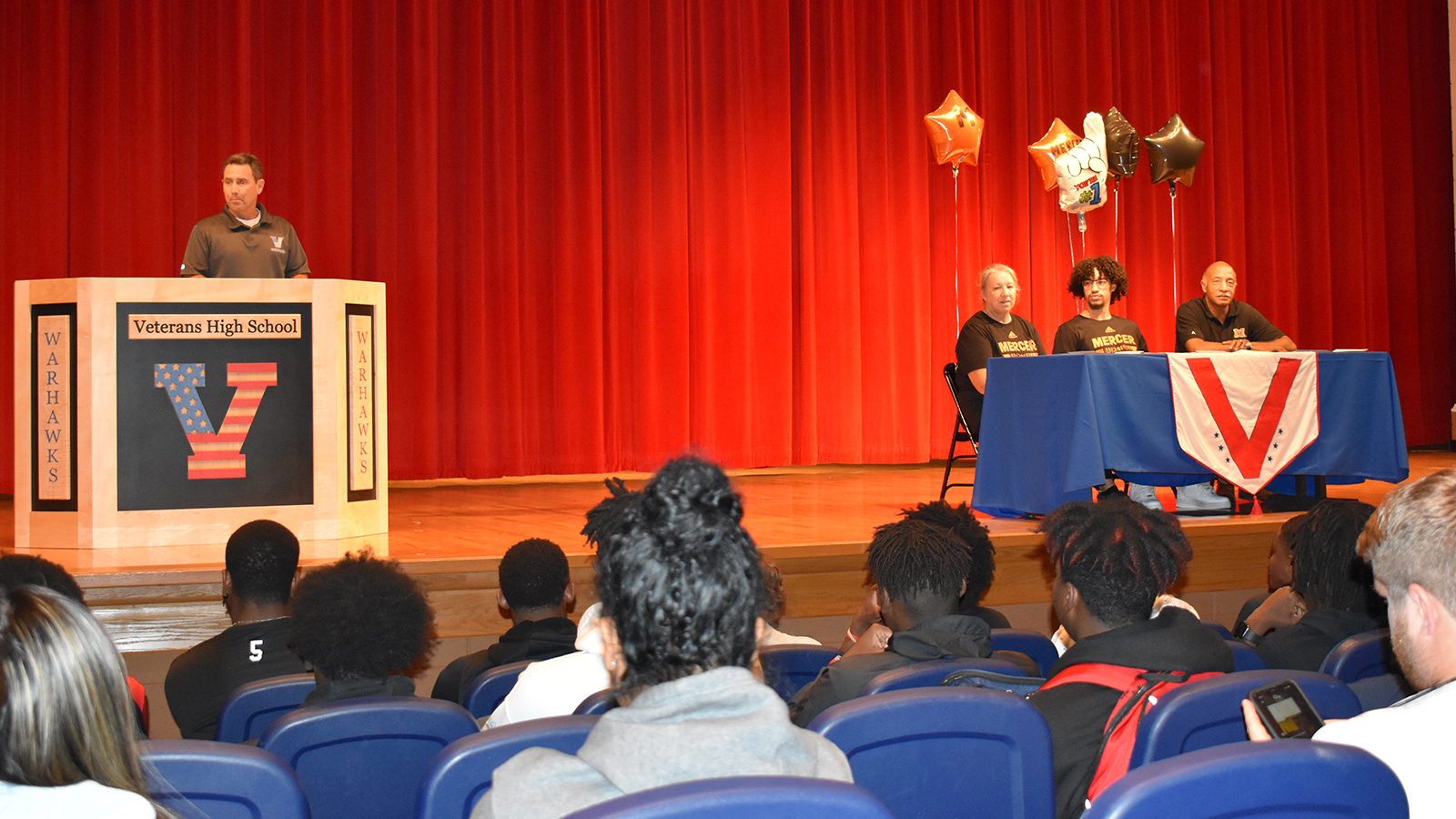 He is a member of the 1,000-point, 500-rebound club. He is also a future Mercer Bear. That is Veterans’ T.J. Grant, who signed a Letter of Intent to attend the Macon university on basketball scholarship Wednesday at the high school.

Although he mentioned the fact Grant was Region 1-AAAAA Player of the Year and All-State this past year, and could have mentioned the fact he led the team in scoring – just shy of 19 points per game – and rebounding – just shy of seven – he said the one thing that stood out for him about Grant was “the things you cannot coach.” (Arguably, the things of the first wouldn’t have happened if not for the things of the second.) “And I think that’s (“the things you cannot coach”) the things we need to mold our program around here, and we’ve (have) done that by the example of T.J.

“His work ethic is second to none,” Hardy continued. “I called Mr. Grant (at some point) and he told me T.J. told him (back) in the second grade he wanted to be a D1 basketball player. From then on, he’s been on a mission.

“He accomplished that with many hours of work in the weight room and gym and those kinds of thing. He’s very determined and he’s a phenomenal leader on the court and off the court. He leads by example.”

“That’s what leaders do and that’s what kind of things those people do to be successful. That’s one of those things as a coach you just value each and every day.”

The regret Hardy opened with was that – barring a “miracle” (Hardy’s word) – Veterans won’t be able to see Grant play this season. That’s because he is currently rehabbing from an injury – presumably suffered during summer workouts. Still, Hardy said, when he called his dad, Mr. Grant’s response was: “’He’s had his cry and he’s moved on. He’s getting ready for the next chapter.’” Hardy added he had “attacked rehab like no other,” so undoubtedly there is plenty more to come from this 6-foot-5, forward/guard who helped lead the Warhawks to a 23-1 record – 8-0 in winning Region 1-AAAAA – and to the Elite Eight of the state tournament. 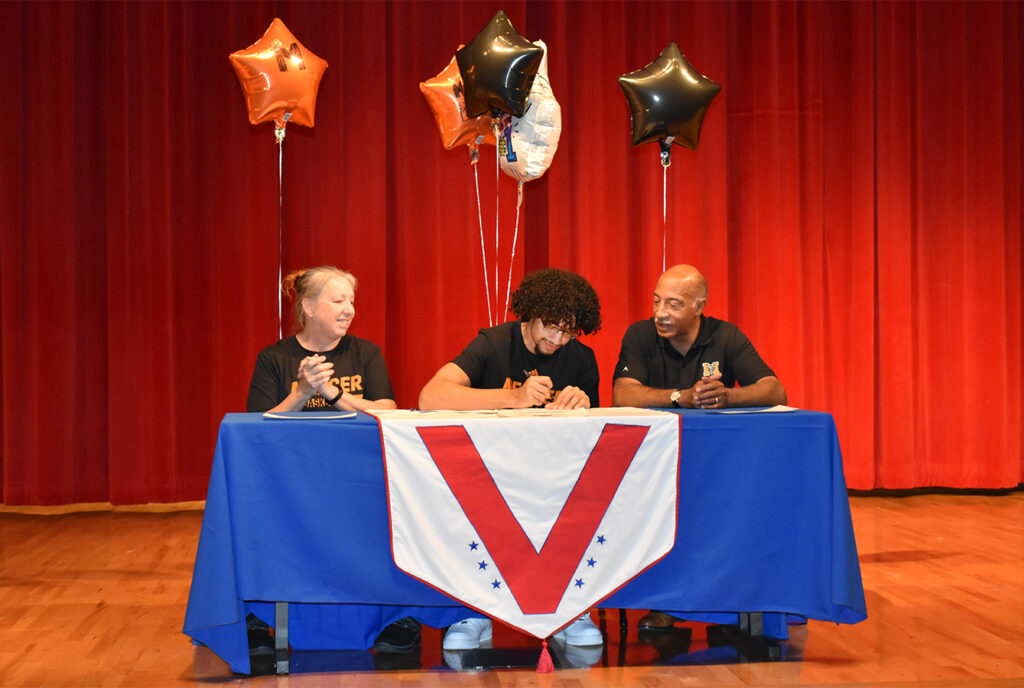