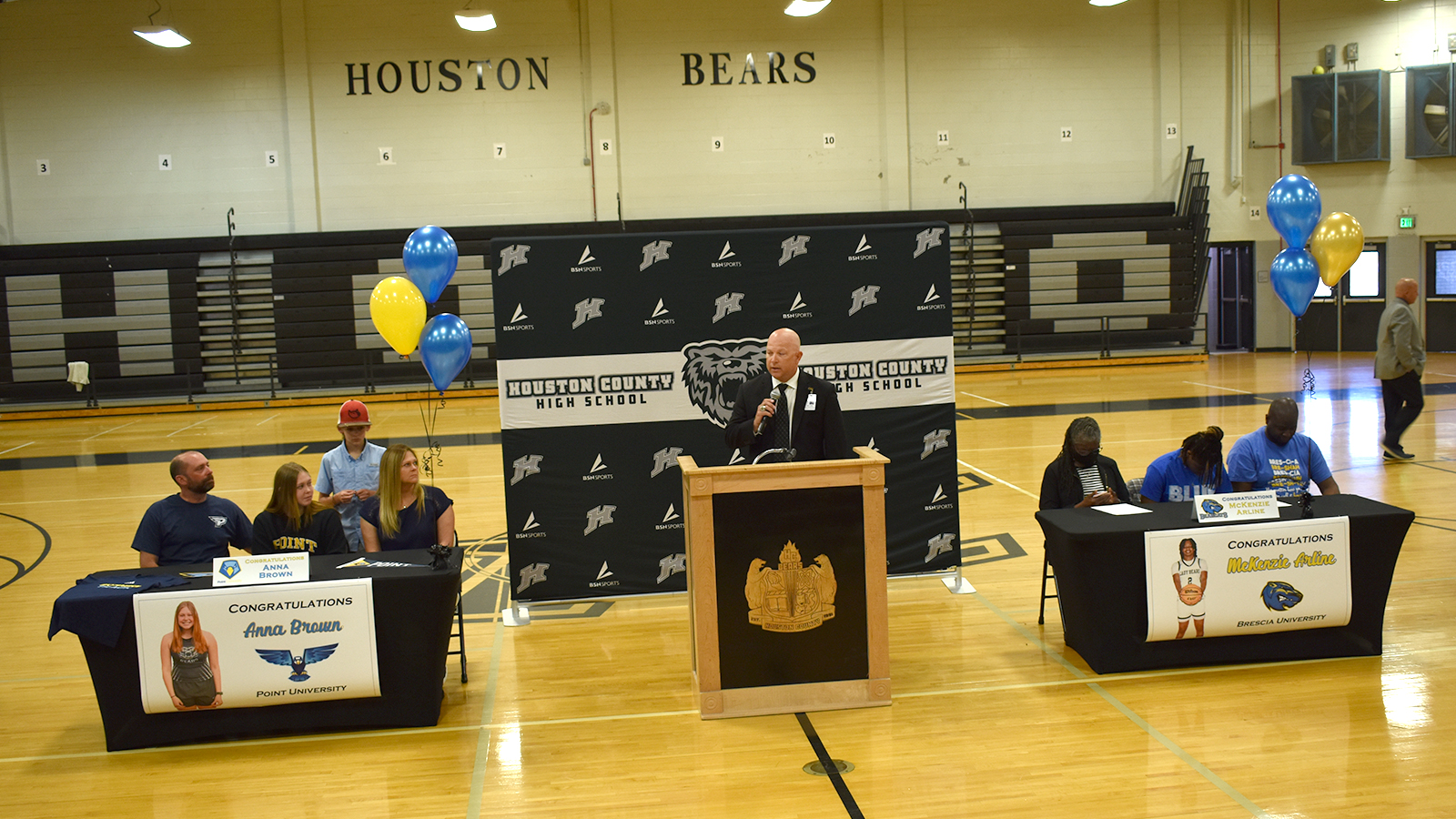 Brescia University just got a lot better. Brescia University, a Roman Catholic school in Owensboro, Kentucky, a school that finished 3-21 this past year in the River States Conference, just got exponentially better.

That’s because it just signed three Houston County Lady Bears, a team that won the Region 1-AAAAAA championship this past year, finished 21-5 and made it to the Sweet 16 before going up against state runner-up Sequoyah. 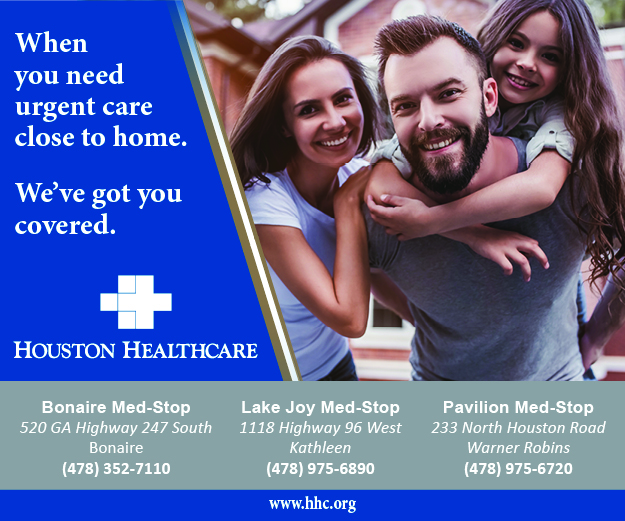 The student-athletes who signed were Alexis Williams, Marquia White and McKenzie Arline. They were part of the school’s Spring scholarship signing Tuesday. Also signing were Anna Brown, Aubrianna Hunley and Blaydn Alaniz. Brown signed with Point University in cross country. Hunley signed with Piedmont University in cheerleading and Alaniz signed with Gordon State in baseball. 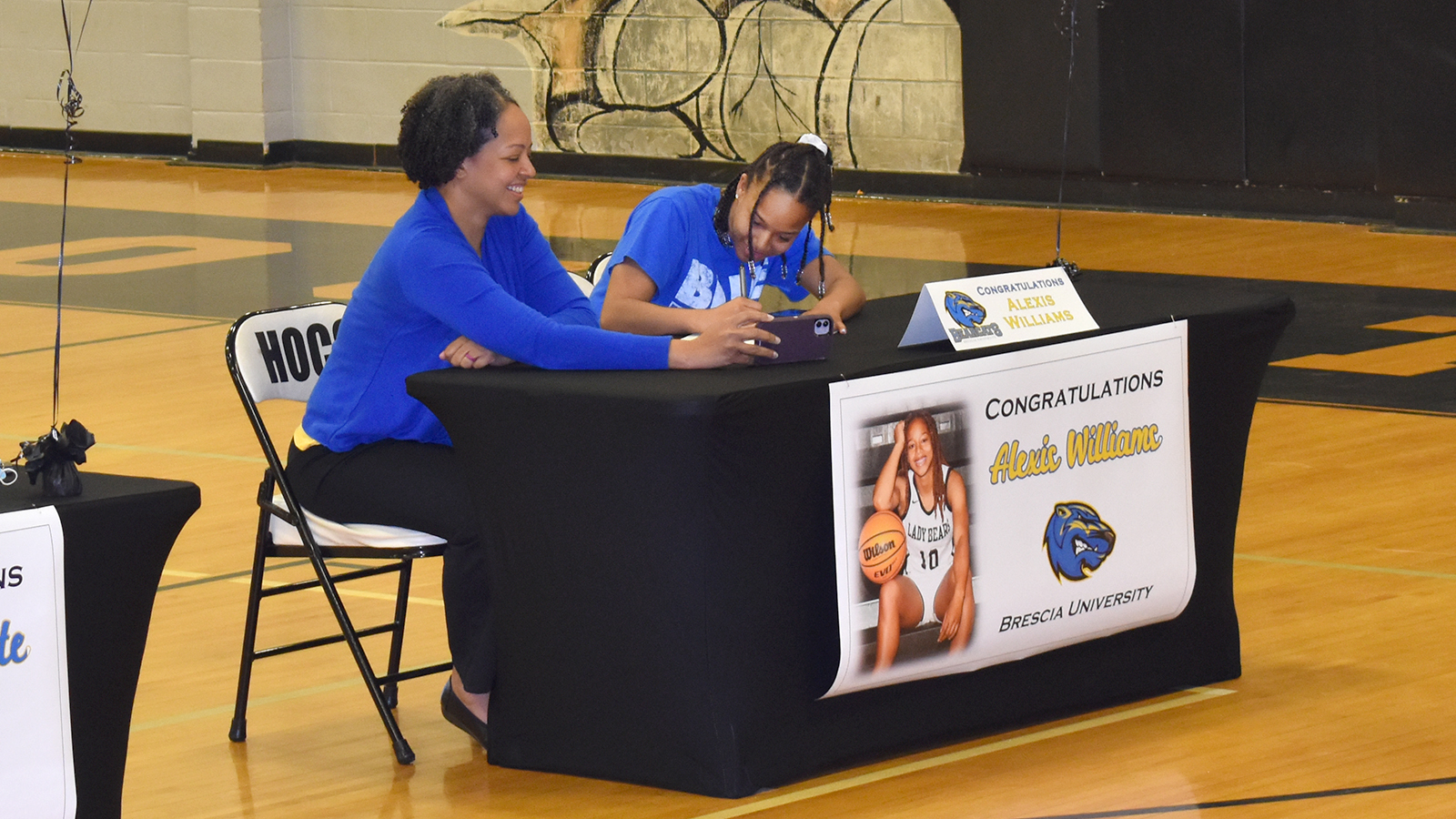 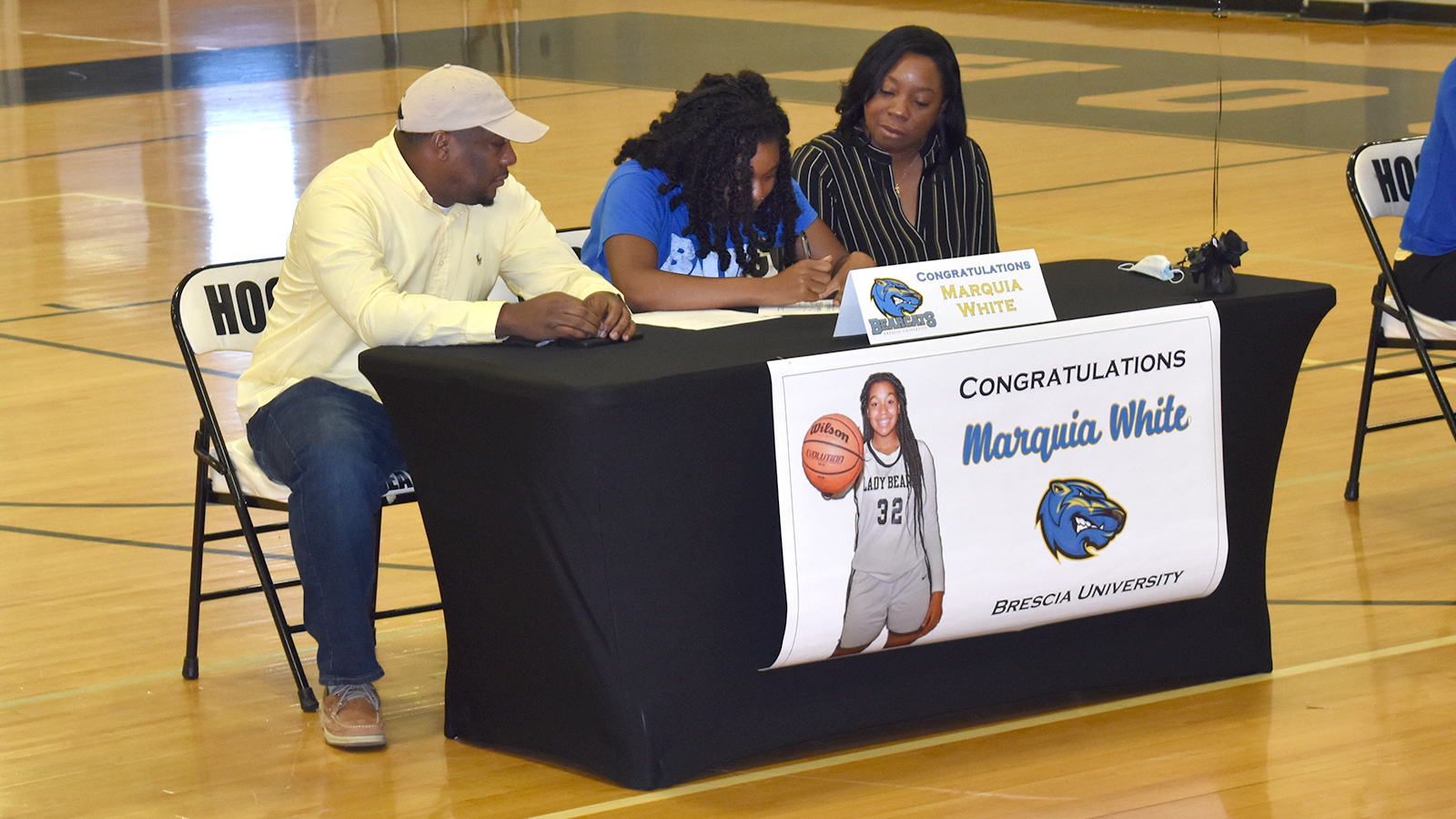 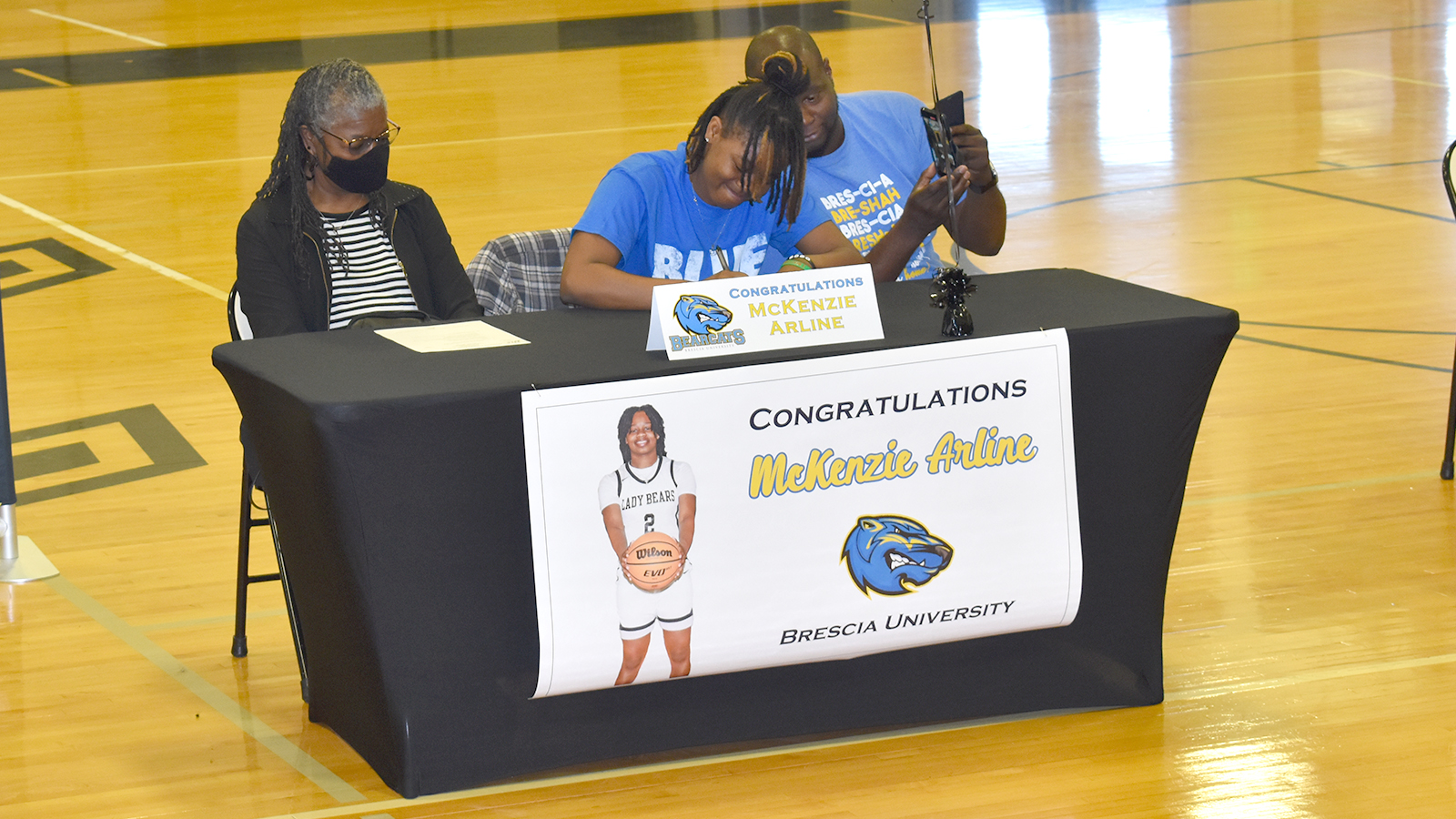 On his basketball players, Head Coach Daniell Johnson said today is a great day for their colleges, but a sad day for him. “Because I will no longer get to coach and holler at them anymore. But I am very proud of them and I wish them the very best on their next journey.”

Williams averaged 10 points a game, six rebounds, just shy of two assists and two steals a game. She was named to the Region 1-AAAAAA Second Team.

Johnson recalled the day he said he got a call from the front office saying they had a girl who wanted to play basketball. “I asked how big is she,” he said. “They said, ‘Not that big.’ I walked to the front office. She was standing there. I think today she’s about 5-foot-4. She about about 5-foot-2 at the time. I went up and spoke to her. I’m saying, ‘It’s not going to work out.’ I’m saying that to myself.

“The first day of practice she came in and I was floored with her talent.” Despite her size, he continued, she averaged nearly five offensive rebounds a game.”

White, he said, “You run don’t run into player like Marquia (very often).” She averaged 11.5 rebounds, two assists and almost two steals a game. She, he said, started at post. He moved her to guard. “I moved her all around,” he said. “She probably shot 40 percent from the free-throw line. In basketball, that’s great … She also almost had five 3-pointers a game.

“And then on the defensive side, she’s guarding girls who are 6-foot-3, 6-foot-3, not only guarding them, but shutting them down.” 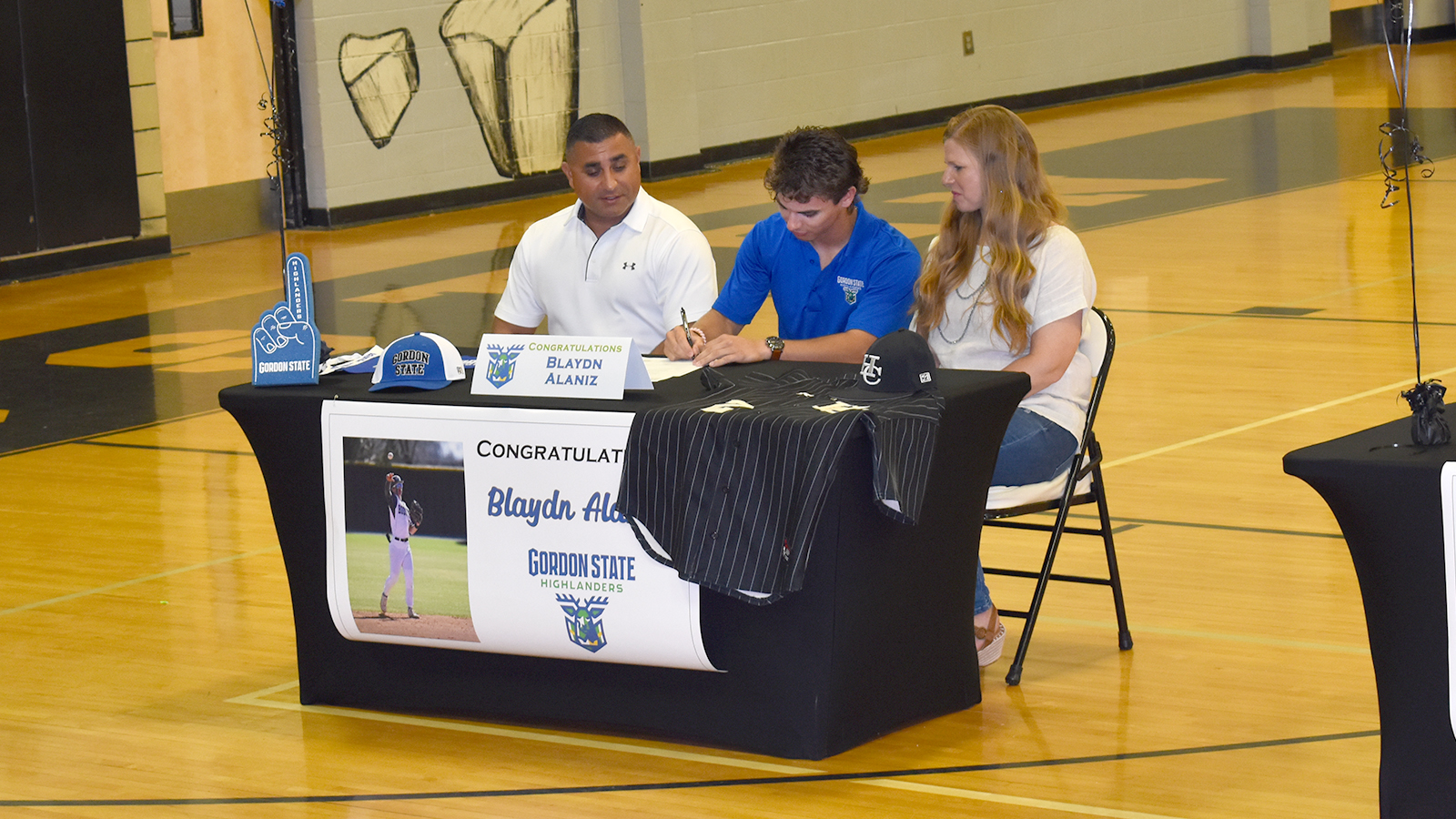 On Alaniz, Head Coach Matt Hopkins said: “I can’t say enough about him. He’s one of my favorite athletes. The kid works. He’s got incredible character. Incredible integrity and is the epitome of what a teammate should be. He busted his butt for four years and honestly, he has created himself to be the athlete he has become.”

He continued that he thought the sky was the limit for him and that he thought he still didn’t realize how good he was, “how great a baseball player he can be. But luckily he’s going to have the opportunity at Gordon State.”

He added: “He’s done whatever we’ve asked to make himself better. He’s run bases. He’s waited his turn. And this year he’s done a fantastic job manning shortstop for us, which is a very important position obviously.” 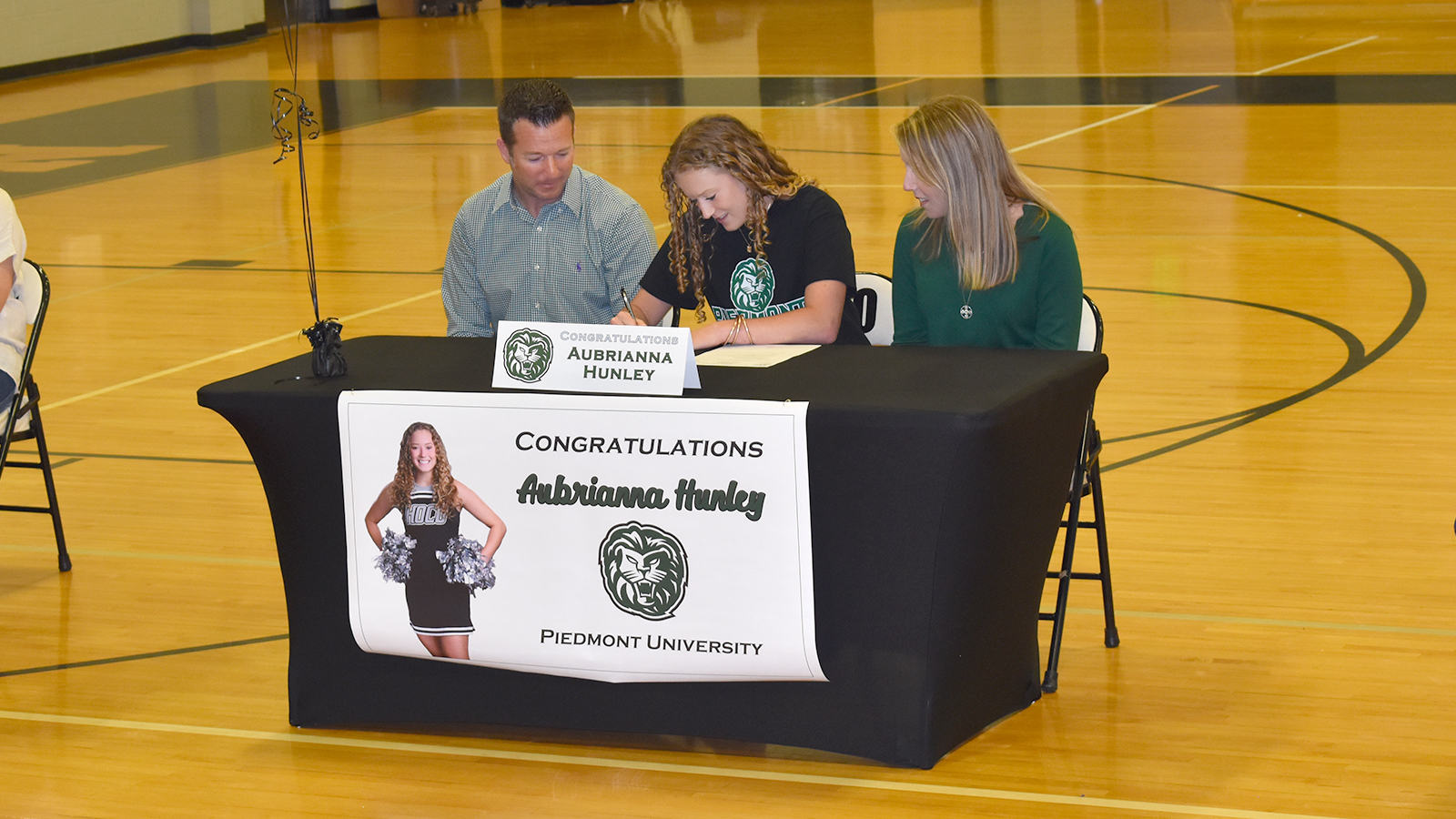 This was actually the first year cheerleading has been able to take part in the Spring signing, Head Coach Jessica Leaptrot said, explaining that normally tryouts are not held until the end of April, beginning of May.

“She came in a very timid and talented freshman who quickly transformed into one of the most outgoing, encouraging, hardworking and most humbling cheerleaders we’ve ever had,” she said. “Her strong work ethic is one every coach desires and she constantly works to perfect and gain news skill.”

She was also determined not to let an injury keep her from competing her senior year, Leaptrot added. Overall, she’s been a region champion for three years. She place third in state in 2018 and 2021 and was named the state runner-up in 2020. She was also named to the Georgia Cheerleader Coaches’ Association’s top cheerleading squad this year.

“Piedmont University is getting an amazing lady and she’s one of the first groups of cheerleaders they’re actually starting a competition program there, so we’re excited to watch that happen there at the next level.” 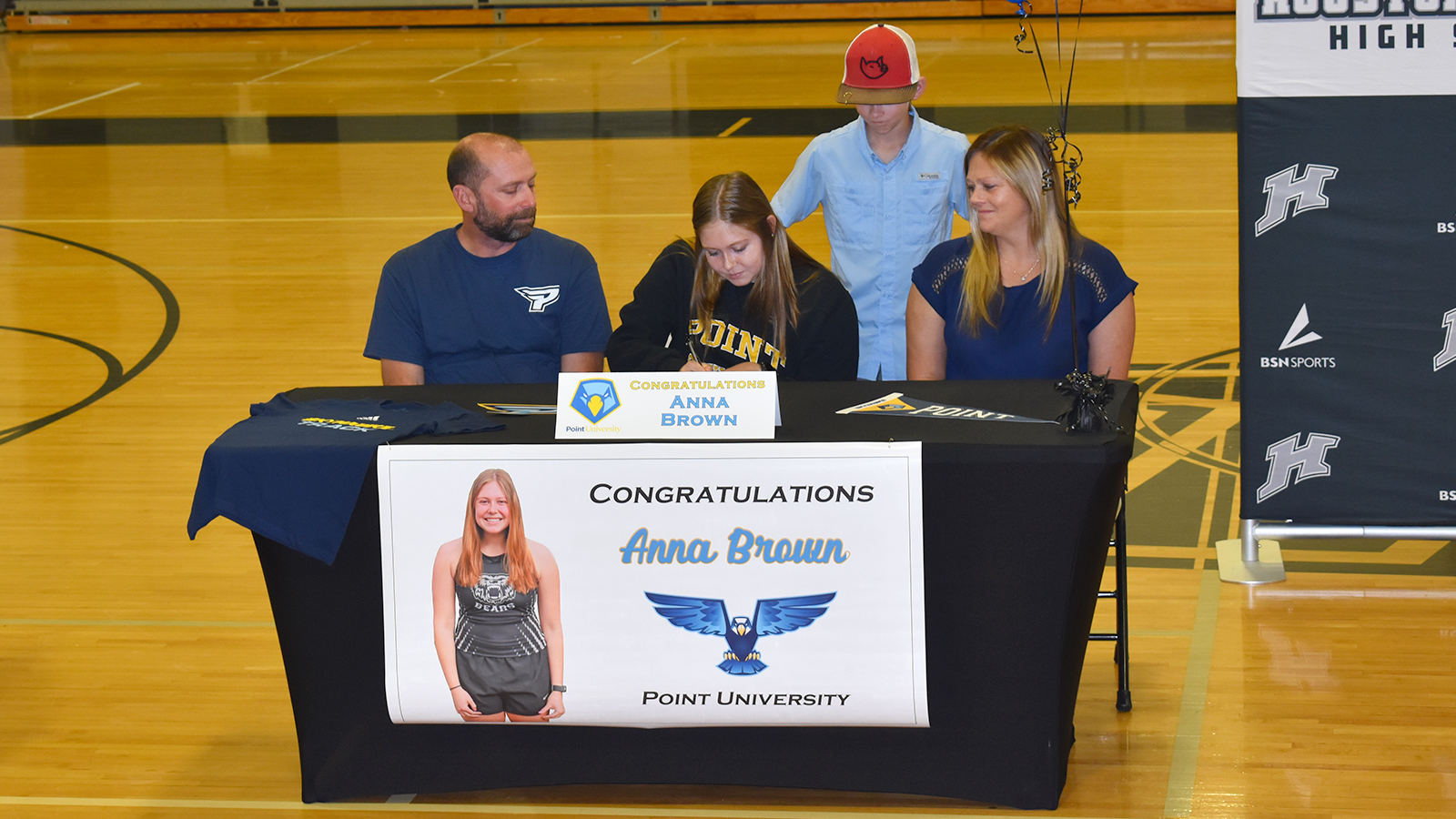 Brown came to Houston County the summer before her senior year, said Head Coach Erin Vazquez, “but she came out and has been a very important part of our team. She has shown dedication by coming to those summer practices. She was the one who sought us out and made sure that she was taking part in those (summer practices) and that she was ready for the season.”

Which, Vazquez continued, was “amazing.” She had a personal best of 22.38, and, “she was the top scorer in all of our meets most of the time coming in second, or in the top five. She led us to the region championship and also to the county championship and she just did a great job.”