Bears, Demons take first game in pivotal series for both 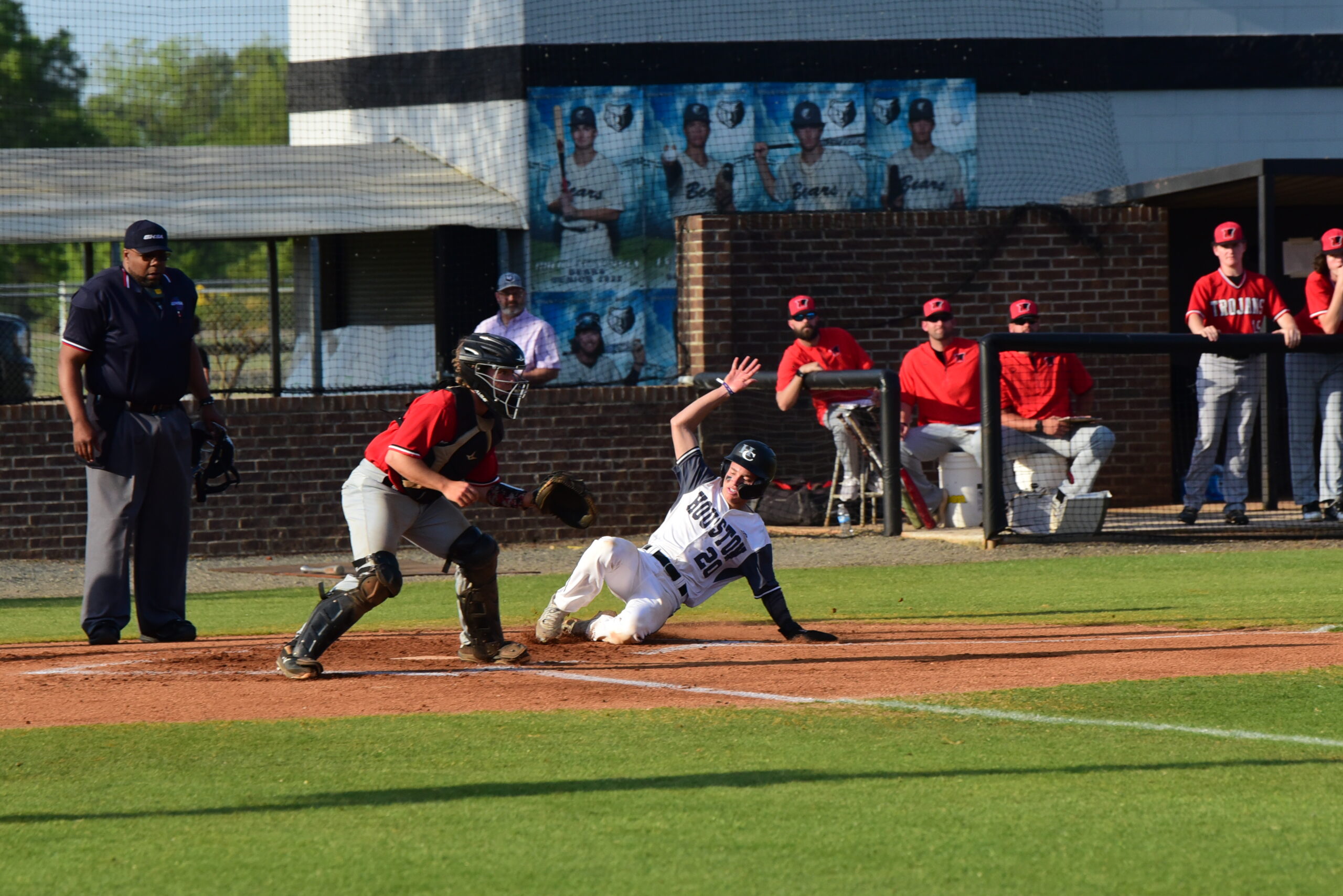 Game 1 in a pivotal three-game series between Houston County and Lee County went to the Bears. They edged out the Trojans 6-4, at Houston County.

The two will play again Friday in a doubleheader at Lee County. Both entered the contest 3-0 in Region 1-AAAAAA. The Bears improved to 4-0, 18-4 overall. The Trojans slipped to 3-1, 14-9. Houston County gets the best of this series and they’ll also only have Northside, currently struggling at 8-14, to contend with. Lee County has Valdosta, which stands a little tougher at 17-7.

The Bears controlled Tuesday’s game early. Ryker Chavis struck out the side to start Lee County’s first. A leadoff walk to Gage Harrelson in the bottom half led to a run when an error by the pitcher enabled him to get to third and score on Drew Burress’ single. Burress was wiped out by a double play, but Garrett Hortman singled and Eli Stephens walked. Hunter Chiappetta stepped into the batter’s box and laced a single to right field to score Hortman and make it 2-0.

The Bears made it 3-0 on Andrew Dunford’s sacrifice fly. That came after Blaydn Alaniz and Harrelson singled and Burress walked.

It stayed that way until the fourth when the Trojans put together a couple of singles and a pair of doubles to tie it.

Houston County took the lead back for good on Harrelson’s single and Burress’ double that brought Harrelson home. A sacrifice fly by Hortman brought Burress home. That all came in the bottom half of the inning.

Lee County answered with a run in the top of the fifth, but the Bears got it back with on in the sixth. The hits were at 10 apiece. Harrelson was 2-2 with two walks. He scored twice. Burress was 2-3 with a walk. He drove in two and scored once. 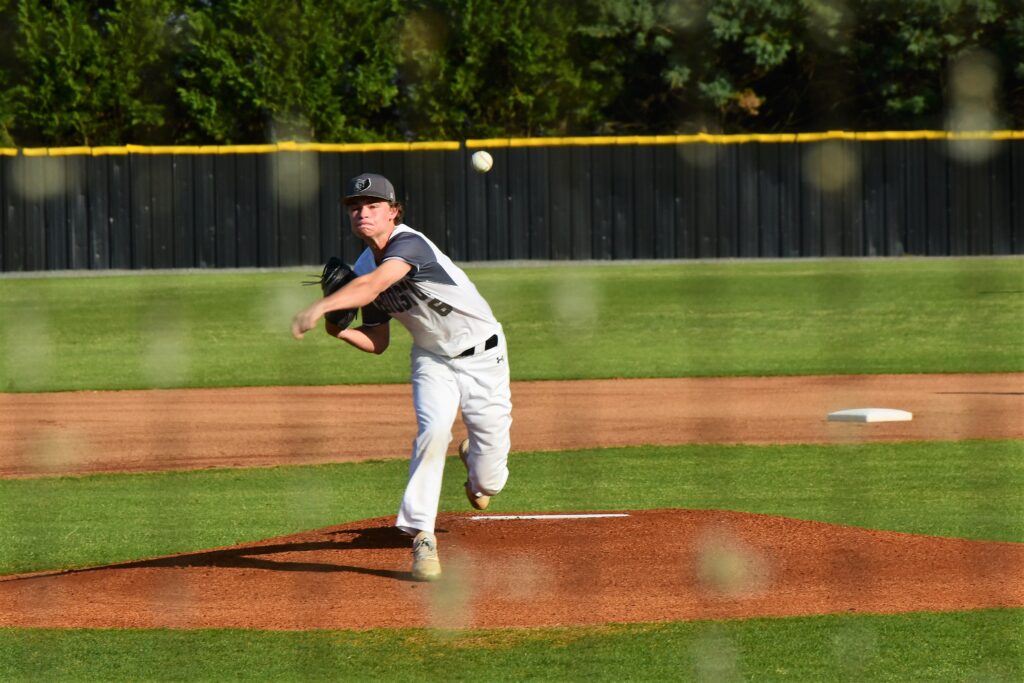 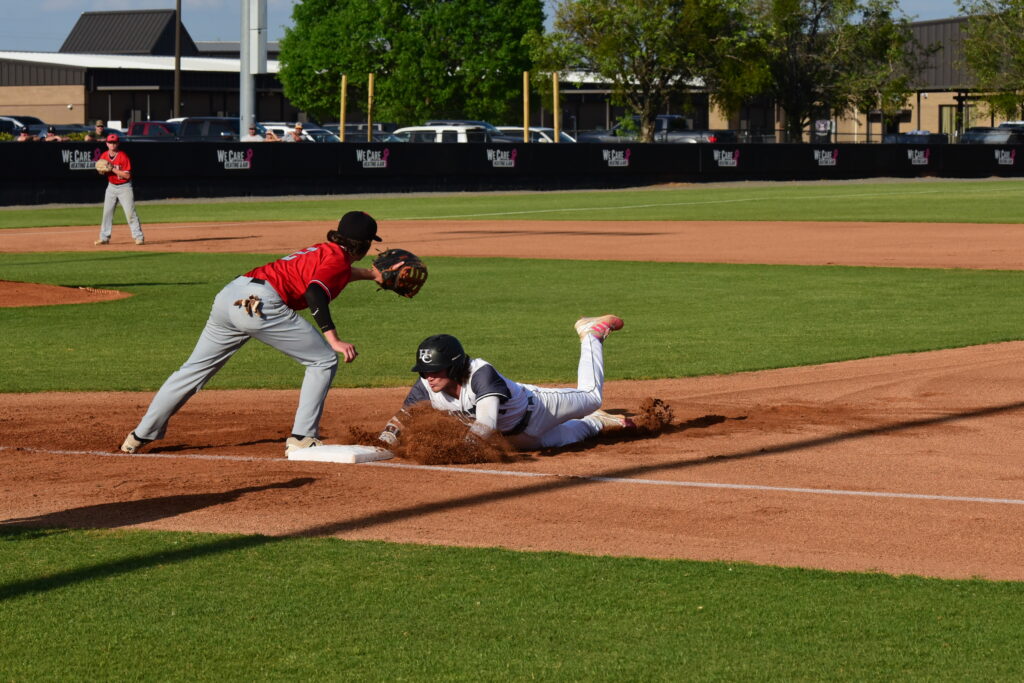 Elsewhere, Warner Robins and Veterans also began a critical series. Unlike the first two – Houston County and Lee County – each is not eyeing first in the region. They’re trying to avoid being fifth in 1-AAAAA. The Warhawks entered 2-7, 11-13 overall. The Demons came in 1-5, 7-7.

Warner Robins is now 2-5 and Veterans is 2-8 after the first beat the second 4-1, Tuesday at Warner Robins. The two will meet again Friday in a doubleheader at Veterans. (Check out the interviews below.)

The Warhawks’ lone run came in the first – a groundout that enable Jarret Pierce to score. He had singled and had moved to third on Brennan Mercer’s single.

The score stayed that way until the bottom of the fourth – both wasted a trio of runners enroute. With one out, Cam Thrift doubled. Cian Lewis came in to run for him and then moved to third on Amir Quick’s single. Nik Buckner doubled, but before he hit it, Lewis stole home as Quick was caught stealing second.

Buckner then scored on Gabe Freyer’s single. That tied the game. The Demons went ahead in the sixth. A double by Thrift and walk by Quick got things started. A pair of errors after an out was recorded opened the way for both to score.

Warner Robins finished the game with seven hits. Veterans had five. Thrift was 3-3 to lead the Demons while Pierce went 2-3 to lead the Warhawks.

Kendrick Jernigan pitched three and two-thirds and Thrift three and a third for Warner Robins. The first gave up five hits, the run, walked two and struck out five. The second was perfect with five strikeouts.

Cody Daugherty pitched a complete game for the Warhawks. He gave up the hits and runs, walked one and struck out six. 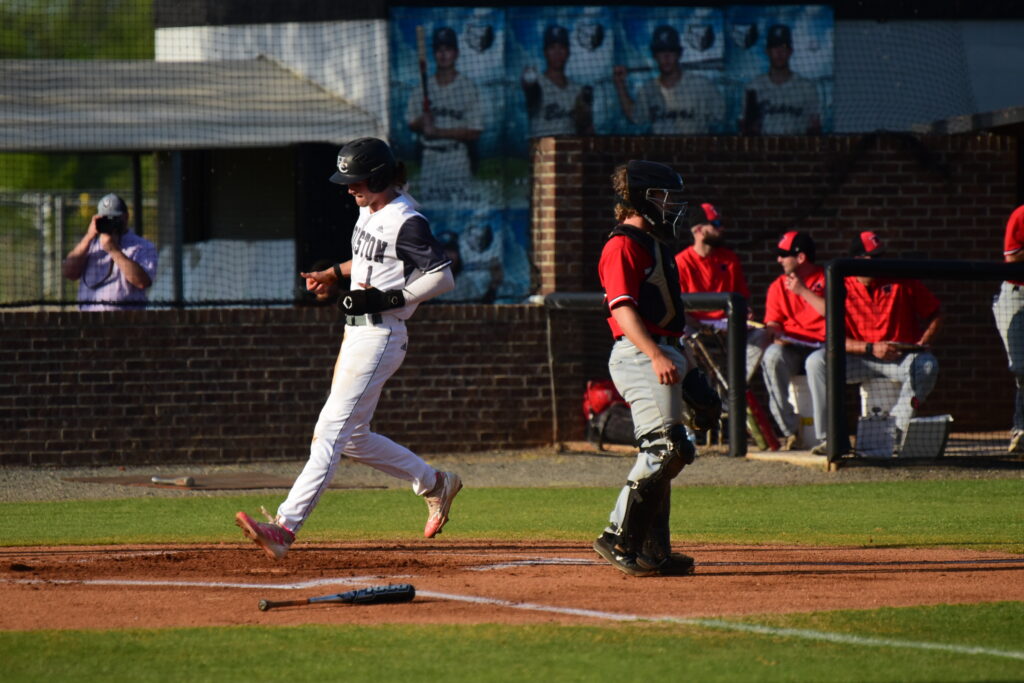 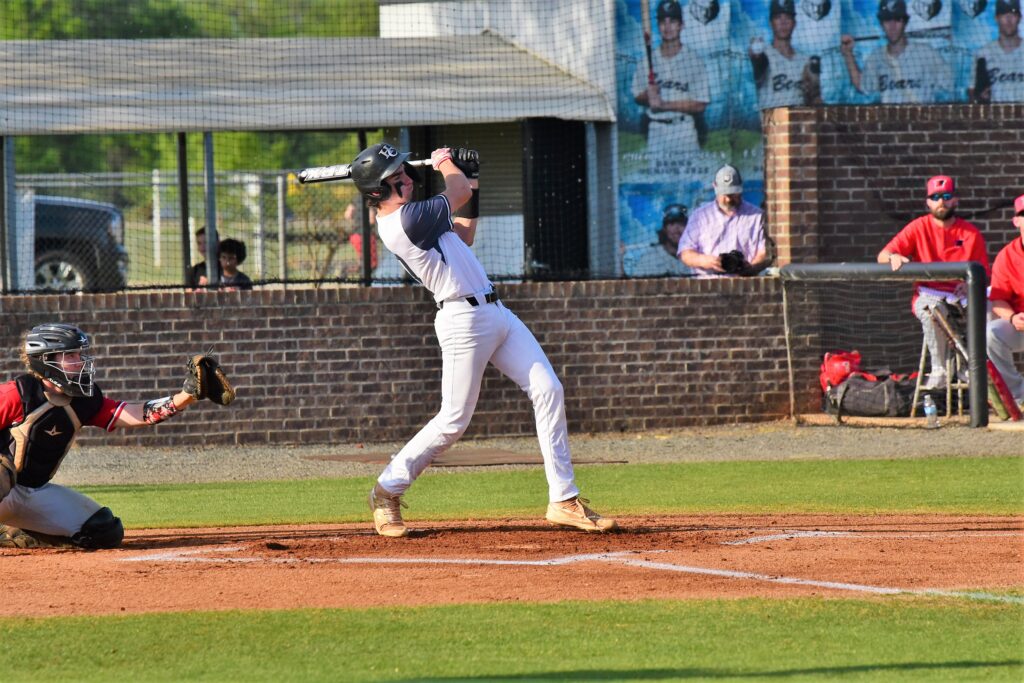